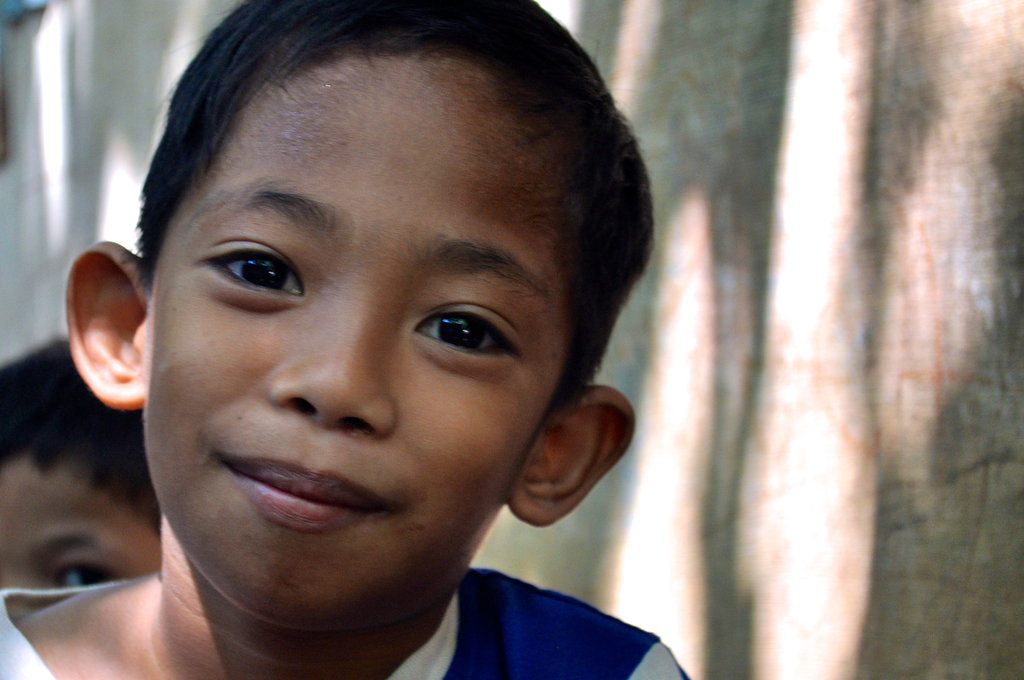 Sherwin is 8. He lives with his four sisters and his parents in a house made from sheets of tin and plywood perched on a riverbank. Every year there are floods, and Sherwin's house has been destroyed several times in his short life. Sherwin and his neighbors live in constant fear of the floods, and they often have to evacuate. Evacuation is frightening and stressful, but you can make it easier by giving the funds we need to stockpile food and drinking water for Sherwin and evacuees like him.

Sherwin and his family have already lost their home and their possessions multiple times, but the physical loss isn't the most devastating part of living with floods - it's the constant fear. Their house isn't safe when the floodwaters come, as they inevitably will, and when they have to evacuate they can't take anything with them - not even food. In past years, they've had to go without until floodwaters receded. That makes evacuation frightening, dangerous and uncomfortable.

By providing the funds we need to stockpile food and water you'll take the fear out of evacuation for Sherwin, his family, and families like his. With your help, they'll know their basic needs will be met during times of crisis.

Many families don't evacuate during floods because they fear being trapped without food and water. By stockpiling these basic needs ahead of time, families will be able to evacuate without fear. If we can encourage early evacuation, we can save lives.

GlobalGiving
Guarantee
Donate https://www.globalgiving.org/dy/cart/view/gg.html?cmd=addItem&projid=15298&rf=microdata&frequency=ONCE&amount=25
Please Note
WARNING: Javascript is currently disabled or is not available in your browser. GlobalGiving makes extensive use of Javascript and will not function properly with Javascript disabled. Please enable Javascript and refresh this page.