Bring the Kamayura chief to the United Nations

A microproject by Village Earth 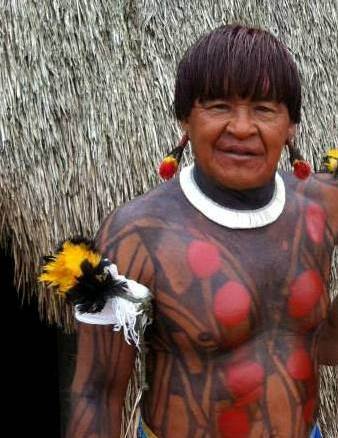 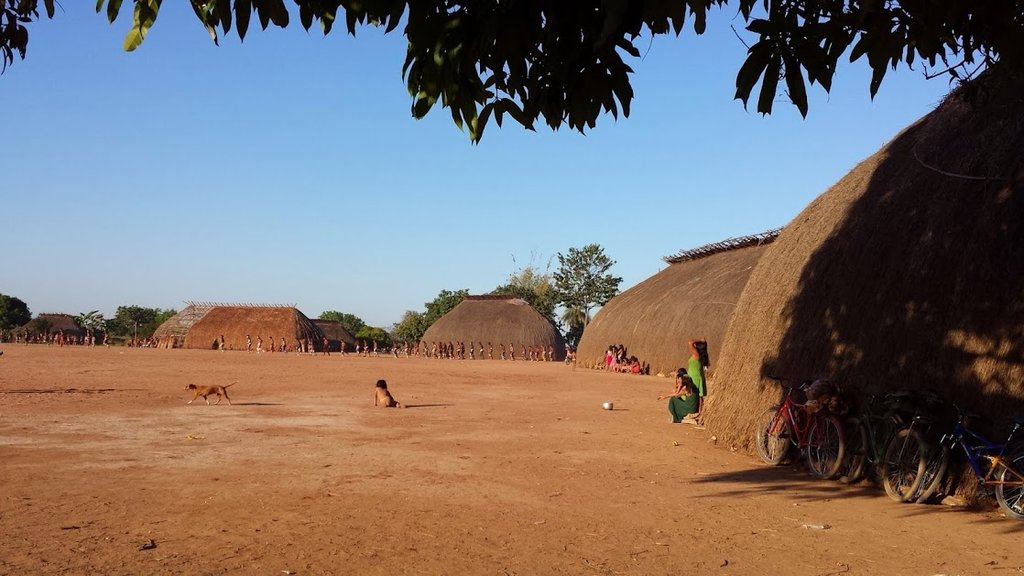 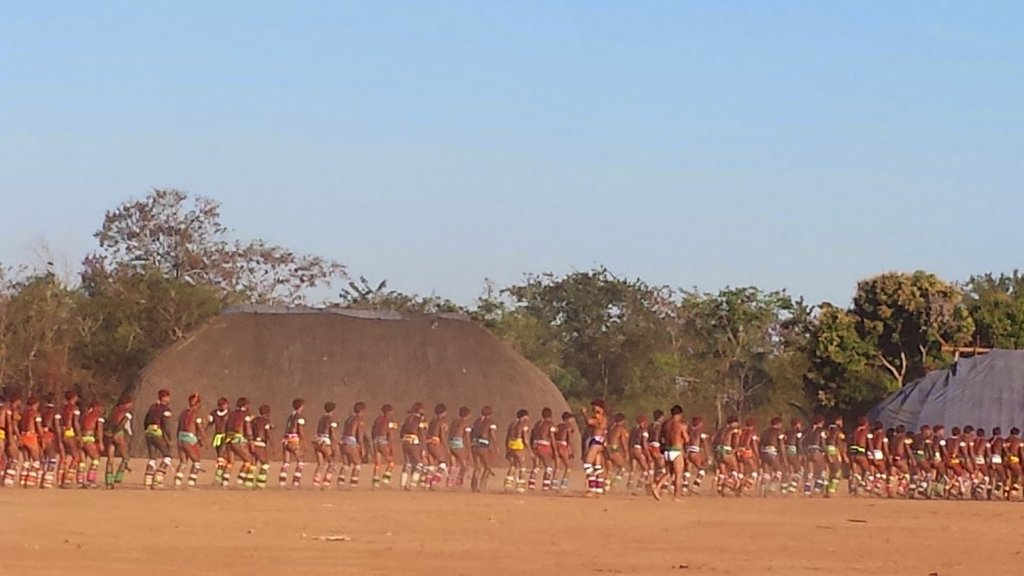 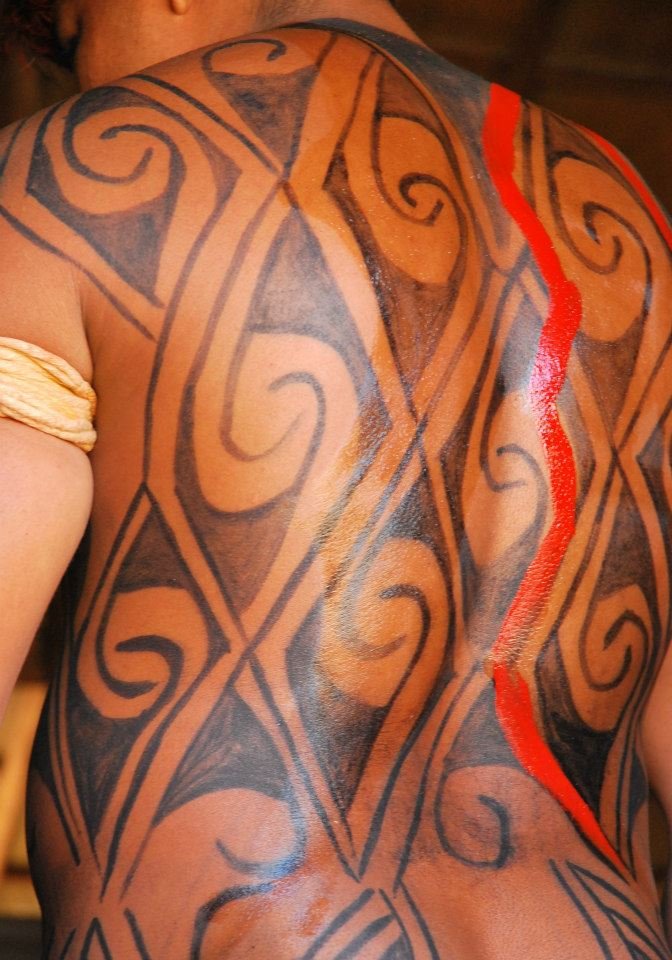 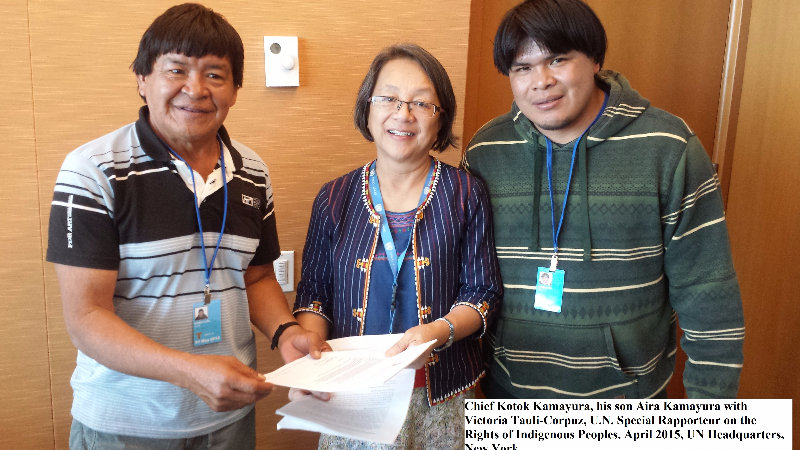 Kamayurá chief tells UN of crisis in the Amazon

Chief Kotok of the Kamayurá indigenous people recently addressed the United Nations Permanent Forum on Indigenous Issues (UNPFII) and described the crisis faced by his people and other indigenous groups in the Amazonian Basin in Brazil.

“For those of you who do not know [what is happening] in the Amazon, we are in crisis,” Kotok told the forum in late April. “There is a lot of deforestation and we drink poisoned water. They’re putting poison in the water and we eat poisoned fish,” he explained.

As UNPFII Vice Chairperson Dalee Sambo Dorough explained, the cattle industry has contaminated the rivers and streams in the Upper Xingu region and dirtied the fishing grounds of the Kamayurá and other tribes. “Obviously, this has a direct impact on their economies,” she said.

“It was a very disturbing plea,” Sambo Dorough said of Kotok’s address to the UNPFII. “They need help; they are suffering,” she added.

Kotok also said the Kamayurá and the 15 other indigenous ethnicities in the Xingu opposed any changes to the current indigenous laws in Brazil. Congress has long discussed transferring the power to demarcate indigenous lands from the executive branch to the legislature, where the agribusiness, mining and energy industries have significant lobbying power. “I don’t know how it’s going to be,” Kotok said.

The ATIX proposal includes the creation of a protective buffer zone around the Xingu Indigenous Park. Intensive soybean cultivation and cattle ranching in the region not only leads to increased deforestation but also pollutes the headwaters of the Xingu River through the use of fertilizers and pesticides. The Xingu River is the primary source of food and water for the Kamayurá and other tribes in the region.

Kotok also wants to clearly mark the borders of the Xingu Indigenous Park. The original markers have either collapsed or been destroyed by intruders, leaving no physical signs to denote the park’s borders. Clear signs act to keep cattle ranchers and soybean farmers out of the indigenous zone.

The Xingu Indigenous Park is the largest indigenous reserve in the world with 2.64m hectares but it is in the middle of the deforestation belt in the state of Mato Grosso.

Kotok traveled to New York as part of a joint effort between the support organization Maloca and the International Native Tradition Interchange (INTI). The environmental organization Conservation International provided a grant to fund the chief’s visit.

Kotok’s son Aira came to New York with the support of Maloca and delivered a message alongside his father at the National Museum of the American Indian on 22 April. Aira described life among the Kamayurá, including details on his training regimen for the traditional huka-huka wrestling matches that take place during the Kuarup funeral ritual every year. Kotok organized this year’s Kuarup because his father passed away last year.

Kotok and Aira enjoyed their short stay in New York. They were impressed with the tall buildings but wondered if the fish from the Hudson and East rivers were clean enough to eat. They sampled iced coffee and Buffalo wings while they were in the city but they particularly liked drinking cold water, something they do not have in the village. They did not like taking the subway because they felt stuck in a hole in the ground. They preferred taking the bus because they could take in the sights of the city. But if they felt homesick, they would spend a few minutes on the shore of the lake in Prospect Park in Brooklyn. 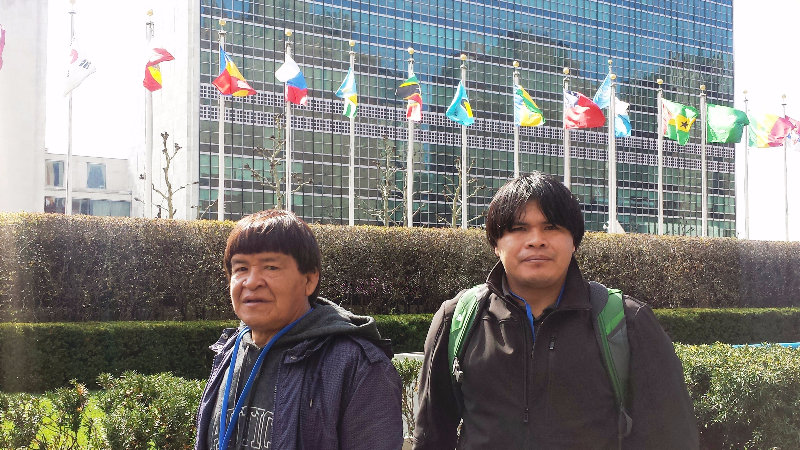 Together we wrote Kamayura history! Thanks to your generous donations we were able to bring to New York the chief of the Kamayura peoples, Kotok Kamayura, all the way from Xingu Indigenous Park in Brazil. He arrived with his son (sponsored separately by Maloca). It was the first time in Kamayura history, and in Xingu history as well, that a traditional Kamayura chief attends the United Nations Permanent Forum on Indigenous Issues. Chief Kotok Kamayura spoke in the plenary session on Human Rights, the first time a Kamayura voice is heard at the UN. The father and son joined forces with other Indigenous brothers and sisters and advocated for the defense of their territories and their traditional life styles. As a result of the meetings held in New York, the Kamayura obtained a meeting with UNDP in Brasilia and are now in talks of partnering on a project that would demarcate and protect the borders of Xingu Indigenous Park - their homeland -  from deforestation and illegal invasions of ranchers.

This trip and this important work would not have been possible without your generosity! Thank you again and please continue to support Indigenous causes worldwide.

Support another project run by Village Earth that needs your help, such as: 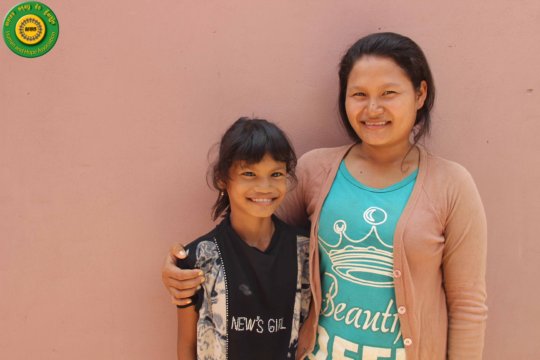 Empower 300 children and women to overcome poverty
Find a Project

GlobalGiving
Guarantee
Donate https://www.globalgiving.org/dy/cart/view/gg.html?cmd=addItem&projid=19980&rf=microdata&frequency=ONCE&amount=25
Please Note
WARNING: Javascript is currently disabled or is not available in your browser. GlobalGiving makes extensive use of Javascript and will not function properly with Javascript disabled. Please enable Javascript and refresh this page.