Chris Godwin and Mariah DelPercio don’t want people to forget that hurricane survivors in Texas and Florida are still in need.

Chris Godwin is used to being hit—he’s a wide receiver for the Tampa Bay Buccaneers.

But when two different hurricanes came hurtling toward two states close to his heart, he couldn’t believe it. Neither could his girlfriend, Mariah DelPercio. The two have dated since high school and now live together in Florida.

Mariah’s parents, who live near Houston, Texas, were right in the hurricane’s path. They evacuated to South Carolina, staying with family.

This time, Chris and Mariah were in danger. They evacuated, too.

“Our whole family was just worried because we don’t know what a hurricane entails. It was just scary,” said Mariah, originally from Delaware.

The hurricanes didn’t damage Chris and Mariah’s apartments, or their family’s home in Texas. But thousands of people in Florida and Texas weren’t as lucky. Chris and Mariah want to help their neighbors who are struggling to rebuild their lives after the storms. The couple is selling T-shirts that read “Stronger, Together,” and donating proceeds to GlobalGiving’s Hurricane Irma and Hurricane Harvey Relief Funds. The shirts will be available on their website.

“When things like this happen, I feel like it’s our duty, as citizens of this country, to help out as much as we can. Simple acts can go a far way in helping a community bounce back. That’s something that’s really important to us,” said Chris, who sees his position as a professional athlete as an opportunity.

“I have more eyes on me. The fact that I have this platform allows me to reach a larger audience than I would if I didn’t play football,” he said.

Chris and Mariah hope to shift attention from the field to hurricane-hit communities in Texas and Florida that still need help.

“No one is really talking about either of the hurricanes anymore. Other things are happening, but cities and lives can’t be rebuilt in a week,” Mariah said. “We need to do our part as humanity—humans helping humans.” 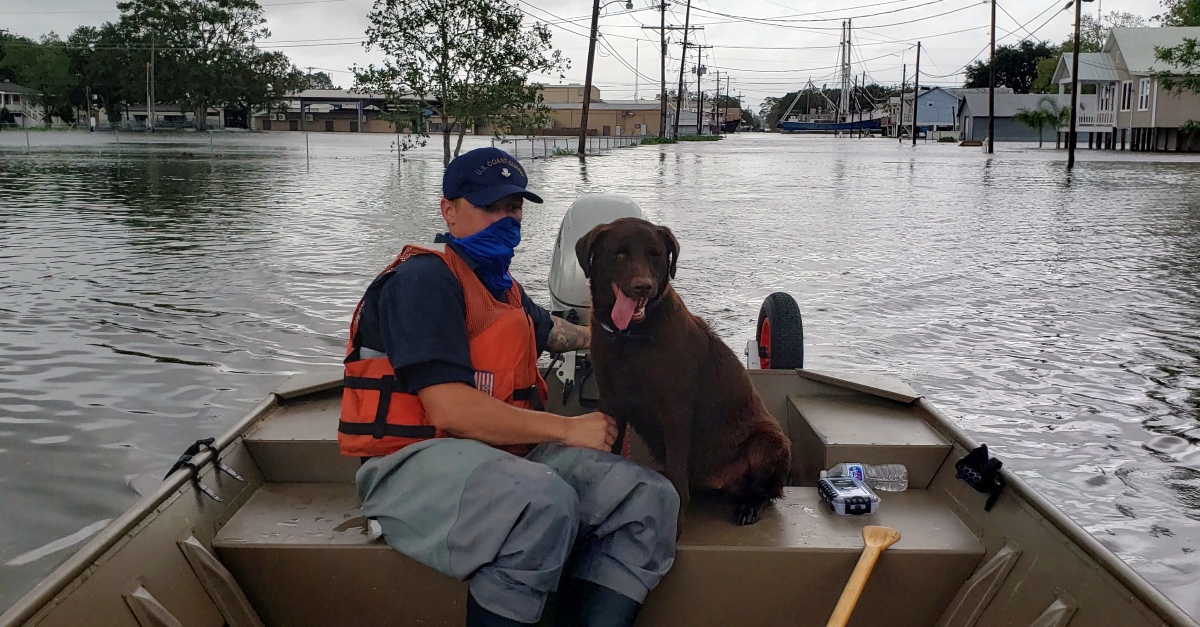