The projects listed below are engaging in wide range of proven tactics to speed the recovery from the outbreak in Guinea, Liberia, and Sierra Leone. Since the outbreak began, they've delivered direct medical care for the sick, supplied protective gear for aid workers, promoted hygiene and outreach campaigns for communities at risk, and provided humane support for survivors. All have been thoroughly vetted and will provide you with ongoing updates about the impact of your donation. 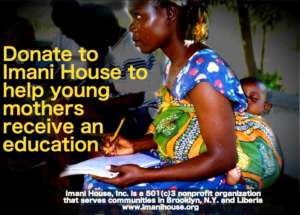 Support Liberian Family Health Care and Education
by IMANI HOUSE, Inc
Many rural areas in Liberia lack healthcare, health ed., or literacy services. Without this Liberians don't know how to use preventative methods that decrease infant and maternal mortality and improve the quality of life. Each year IHI's Clinic serves over 15,000 people, and our literacy programs work with 200 women and our new "Liberian Women's Health Manual" will be used by local women to teach women and girls improved health, sanitation, nutrition and human rights practices. Please contribute 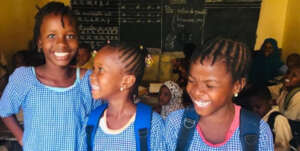 Help 250 Youth Recover From Ebola in Guinea
by MindLeaps
Before the outbreak of Ebola in Guinea, 47% of the population was living below the poverty line (CIA, 2015). Since 2014, West Africa has had over 11,000 deaths from Ebola. Five months after Liberia was declared Ebola-free, Guinea is still dealing with newly confirmed cases and over 2,500 deaths (BBC, 2015). MindLeaps has been serving youth in Guinea since 2011. Now, 250 of these youth and their families are in need of humanitarian relief in the town of Kindia. 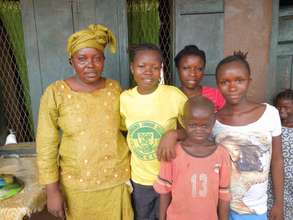 Kidsave Sierra Leone Ebola Orphan Relief
by Kidsave International
Kidsave's program gives children who have lost their parents to the Ebola outbreak an opportunity to once again find a home. Since Kidsave began its programs in Sierra Leone in 2010, 470 forgotten children have been placed in homes. While most of the children were reunited with their biological family members, some were placed with host and foster care families. Furthermore, Kidsave is planning to launch a program for working moms who have reunified with children, would receive a loan. 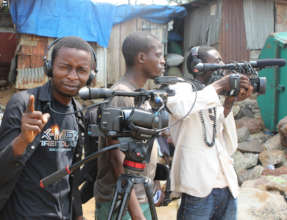 WeOwnTV Filmmaker Fellowship
by Mirabel Pictures / WeOwnTV
The WeOwnTV Filmmaker Fellowship is a regional film fund and professional development program supporting the production of independent documentaries directed by Guinean, Sierra Leonean and Liberian filmmakers. The program was founded in the wake of the West African Ebola outbreak (2014-2016). Today, now faced with a global pandemic, social unrest, and economic uncertainty, we believe it is critical to provide forums for self-expression and peaceful debate through the medium of documentary film. 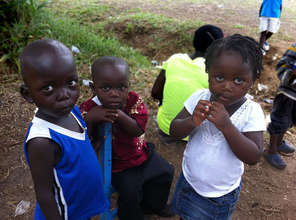 Empowering Women and Girls
by Touching Humanity in Need of Kindness (THINK)
This project will support efforts to combat the incidence of sexual and gender-based violence in Liberia by providing awareness on the prevention of gender-based violence, including human trafficking against women and girls. 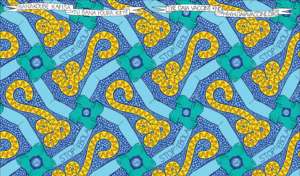 Story-telling cloth for Ebola Education
by GAIA Vaccine Foundation
In West Africa, textiles have traditionally served as a medium of communication, and a method of storytelling. GAIA VF has successfully developed a fabric design to promote knowledge of HPV and cervical cancer. We are now working on distributing a cloth design that would help health workers educate the population about Ebola symptoms and how to protect against the virus' spread. The cloth will be distributed to health workers in Ebola-affected countries, and used to raise awareness. 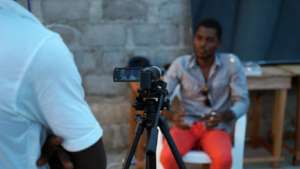 Transforming Liberia Through Film
by Accountability Lab
This project trains Liberian youth to use film as a tool for social change in their communities. Students learn script writing, film production, and editing skills to make films about critical challenges where they live. It also supports a free "New Media Lab" where the students have access to recording, editing and dissemination tools. We then help them to share these films with thousands of people- including government officials and people in power- through mobile cinema and film festival

Out Run EBOLA: awareness/protection for children
by Touching Humanity in Need of Kindness (THINK)
The EBOLA Virus Disease (EVD) has sprinted across West Africa infecting over 20,000 people. Awareness and preventative training is the best way to outrun the epidemic. THINK (Touching Humanity In Need of Kindness) has been working with the Ministry of Gender, Children and Social Protection to raise awareness in communities throughout Liberia.
WARNING: Javascript is currently disabled or is not available in your browser. GlobalGiving makes extensive use of Javascript and will not function properly with Javascript disabled. Please enable Javascript and refresh this page.