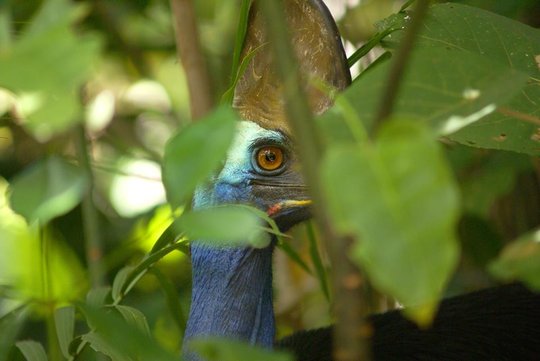 It has been a terribly rough start to 2012 for the Endangered Southern Cassowary.  There have already been four deaths reported as well as the orphaning of a Cassowary chick.  Nowhere is the Cassowary more in danger of being struck down by a car or mauled by a domestic dog than in the Cassowary Coast area of Tropical North Queensland, just south of the city of Cairns.  Many areas such as Mission Beach, Garners Beach, Tully, Etty Bay and more provide invaluable habitat for many adult Cassowary and their young.  This is a major Cassowary Hotspot and increased development (some of it massive in scale) in and around Mission Beach has taken a humongous toll on the Cassowary and its habitat, Low-Lying Tropical Rainforest.  Now, the Mission Beach Cassowaries are in a tailspin.  Most of this World Heritage valued rainforest doesn't have protected status so it is up to Rainforest Rescue, local organizations, the community and our international friends and partner organizations to save the Mission Beach Cassowaries (as well as Cassowary throughout Tropical North Queensland) and its habitat forever.  Yes--it is literally up to all of us.

Not that anyone who works day in and day out with the Southern Cassowary needs a wake-up call, but four Cassowary deaths already this year, is indeed alarming.  The Mission Beach area was hit not too long ago with a Category 5 strength cyclone last February and the Cassowary is still suffering in the aftermath.  Its habitat has been stripped of some of its main food sources (fruit from rainforest trees) and so the Cassowary has been forced to forage for food beyond its normal habitat more often than not--leading it onto the roads and into people's backyards where cars and dogs are causing havoc.

The good news friends is that Rainforest Rescue has a plan, developed along with the local community, to restore critical Mission Beach Cassowary (Wildlife) Corridors which will provide habitat, food and safe passage for generations of Cassowary to come.  Together, with your help, we can plant 10,000 (or more) rainforest trees in the degraded corridors by early April.  Each tree cost $10.  May we count on you to help us save the last of the Mission Beach Cassowaries?  The Cassowary needs the rainforest and the rainforest needs the Cassowary, and Man needs both for environmental and medicinal purposes.  We also need to preserve ancient flora and fauna for future generations and the Cassowary plays a major role in managing this dynamic ecosystem.

Rainforest Rescue knows what needs to be done.  Our strategic approach is in place and now is the time to act.  Action "is" the answer and the Cassowary's only hope.  Your donations will go straight to work--revegetating the corridors, these lifelines, for the Endangered Southern Cassowary and other wildlife.  Seed collection, planting many different varieties of rainforest trees (including fruit trees for food), removing invasive weeds, wildlife fencing and increased signage are just some of the jobs needing funds today.

Finally, Rainforest Rescue would like to thank folks such as Liz Gallie, Paul Toogood, Cynthia Francis, Tony O' Malley, Russell Constable and many others that live in Mission Beach (and the greater Cassowary Coast area) for their activism and their community action.  They are on the front lines, helping raise awareness to the Cassowary's plight in the Mission Beach and surrounding area, and taking part in community tracking projects that record Cassowary sightings and other Cassowary behavior.  Most of the photos we picked for this Project Update come from them and our new main Project Profile picture, Losing Ground, is from Liz Gallie.  Liz even won an award for this great photo last year.

So, thank you friends, donors, organizational and corporate partners and more for all you do.  Only a team effort will save the Endangered Southern Cassowary and its mega bio-diverse habitat from extinction and we need the “whole team” with us right now.  Again, action is the only chance the Cassowary has and Rainforest Rescue is committed to action.  We’ve been working to save the Cassowary and its habitat since 1998 and we’ve seen the good that comes from hard work and dedication.   Please feel free to contact us anytime with any questions or comments you may have.  We encourage participation in this project because this is “our” project, all of ours.  We look forward to chatting with you soon!

PS  We have made some slight revisions to the project and these include the title and the inclusion of Cassowary (Wildlife) Corridors into the body of the text.  Just $10 plants one tree in these vital corridors which will provide habitat, food and safe passage for the Endangered Southern Cassowary! 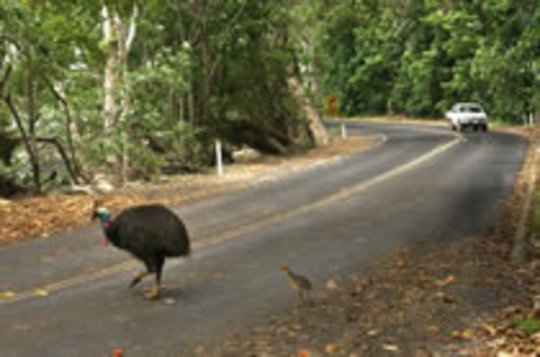 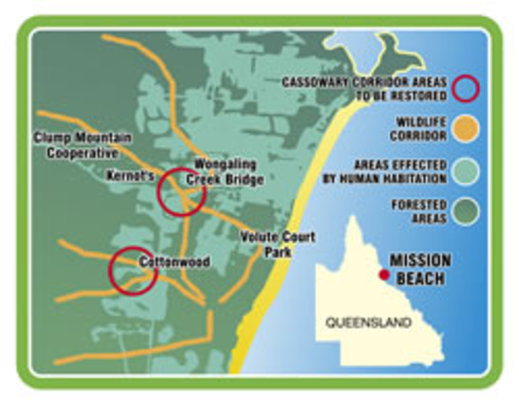 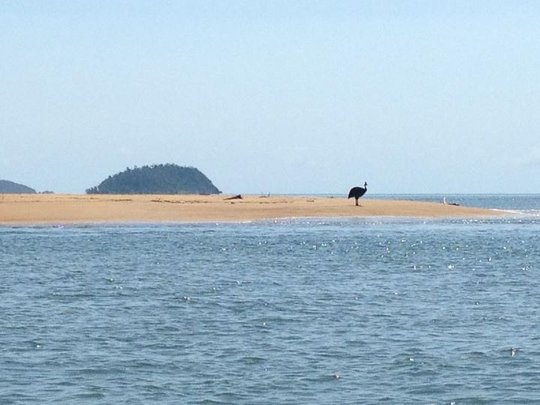 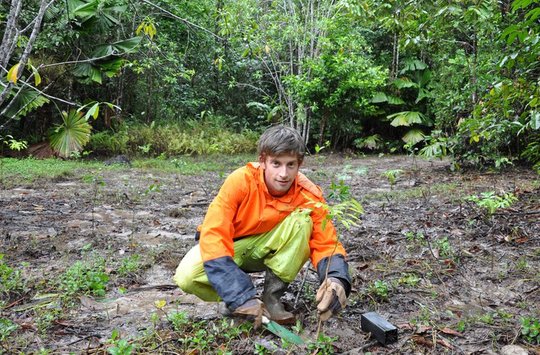 One Tree at a Time, Rainforest Rescue

Thanks for your support

Thanks to your generosity we have successfully completed our GlobalGiving Challenge and secured a permanent spot on the GlobalGiving website. Thank you so much. We could not have done this without you!!!!

Having our projects featured permanently on GlobalGiving will allow us to extend our reach and connect with like minded people who care about protecting our precious rainforests.

To those supporters who are new to Rainforest Rescue please visit our website to learn more about the work we do to protect rainforests within Australia and around the world.

To our existing supporters thank you for responding to our request for support. We know that Christmas can be a busy time and we appreciate you donating to our cause.

In my last report I mentioned that we are currently fundraising to buy back our 16th property in the Daintree which will protect vital habitat for the Endangered Southern Cassowary. I am pleased to announce that we are now over half-way to our goal of $112,000 to secure this important property and we will be continuing to fundraise to secure this property in the New Year. We have also earmarked another potential property purchase for June 2012.

Throughout 2011 we were also actively fundraising to support Cassowary populations at Mission Beach whose habitat was destroyed by Cyclone Yasi. In March 2011 we made a donation of $30,000 to the Queensland Parks & Widlife Service to assist in their emergency Cassowary feeding program. We also provided $3,000 to the CSIRO to support a study into Cassowary scats that will provide valuable insights into Cassowary movements and seed dispersal.

Further funding will be provided to Terrain NRM to plant rainforest trees from February 2012. that will restore Cassowary habitat damaged by Cyclone Yasi and to create and strengthen wildlife corridors that will support future generations of Cassowaries.

As we break for the Christmas I wish to thank you for your support and look forward to communicating to you further on our work to save the Endangered Southern Cassowary.

Have a safe and happy Christmas.

Cassowary habitat to be protected this Christmas

Thank you so much for your donation in support of our project to save the Endangered Southern Cassowary We are close to securing a permanent spot on the GlobalGiving website which will enable us to reach out to more like-minded individuals who care about our precious rainforests.

At the last count we only needed 8 more donors and a minimum of $2,000 to complete the challenge. Please let your friends and family know of our campaign and ask them to support us in our challenge.

I just wanted to take this opportunity and update you on our project.

Rainforest Rescue is set to buy back and protect its 16th Daintree Rainforest property this Christmas with an appeal to purchase Lot 8 Buchanan Creek Road.

This important property is located in the Cairns Regional Council’s Rainforest Conservation Precinct and backs directly onto a large property that has been protected by the Department of Environment and Resource Management (DERM). Protecting this property will therefore assist to enhance and consolidate with surrounding Queensland State Government conservation efforts.

The property is also classified as essential habitat for the Endangered Southern Cassowary (Casuarius casuarius johnsonii) under the Queensland Government Vegetation Management Act 1999. Essential habitat is found on and within 1.1km of Lot 8 Buchanan Creek Road.

It is of importance and some urgency that we secure protection of this property, as although it is situated within the Conservation Precinct of the Daintree, this property remains as one of the few properties that retain building development approval. The purchase will ensure the building approval rights are removed and the property is protected forever.

You can read more about the conservation values of this property by visiting our website at http://www.rainforestrescue.org.au/Protect_Rainforest_Forever.html and downloading our property brief.

To date Rainforest Rescue has purchased and protected 15 properties under its Daintree Buy Back and Protect Forever Project. Rural residential development is the greatest threat to the Daintree Rainforest and there are 180 properties that remain at risk.

Increased settlement leads to clearing and fragmentation of the rainforest, more wildlife killed on roads and the further loss of wildlife through domestic dog attacks.

The Endangered Southern Cassowary, found only in the tropical rainforests of Northern Queensland is particularly at risk. Only 1,000 of these ancient birds remain in the wild.

Thanks to your support we can soon protect another piece of the Daintree Rainforest and protect forever this important rainforest species and their habitat.

For further information on our Daintree Buy Back and Protect Forever Project please visit our website at http://www.rainforestrescue.org.au/ourprojects/save-a-rainforest-daintree.html

Thanks again for your support. I look forward to keeping you updated on the purchase of Lot 8 Buchanan Creek Raod and our important work to save the Cassowary.

Attachments:
‹ 1 ... 27 28 29 30 31 32 33 34 35
WARNING: Javascript is currently disabled or is not available in your browser. GlobalGiving makes extensive use of Javascript and will not function properly with Javascript disabled. Please enable Javascript and refresh this page.