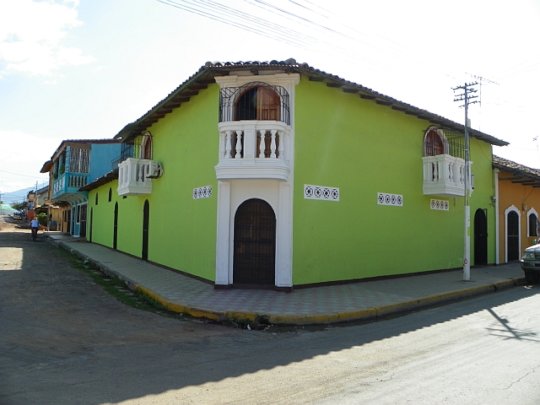 As the only building that stands three floors high on Calle Santa Lucia, or even in the surrounding area, 'La Casa de Tres Pisos' (The house with 3 floors) is often the only description you need to provide when telling someone how to find the Fútbol Sin Fronteras community center. As one walks down the colorful streets of Santa Lucia, Tres Pisos truly stands out... if not for its height than for the buzz of excited teams and coaches laughing and shouting and the sound of soccer balls being juggled in front of the building. Through the years this tall, thin building has become an icon of the program and home to locals and visitors alike.

After many years in the now famous Tres Pisos, FSF made the move earlier this month to a new and improved building - this time to una casa con dos pisos (a house with two floors)! With the move to a new space comes the opportunity to provide more resources to both our players and staff. In our new home, there are 9 separate rooms that will be utilized as offices and meeting spaces for our coaches and program coordinators, storage space for our growing teams, quiet study spaces for academic support hours, and more facilities and bathrooms available for players changing into soccer gear before heading to the pitch. The building, which previously served as a hotel, even has a courtyard that our program has quickly begun to utilize as a space for team building activities and larger community events.

Amid this exciting development for Fútbol Sin Fronteras and the bustle of our ongoing programming is the larger context of the current situation in Nicaragua and the tremendous impact it has had, particularly on young people across the country. In this context, and thanks to the efforts of our mentor-coaches, FSF has made adjustments to program schedules so that we are able to continue to provide consistent support to our players and the football community within Granada. Crucial to providing that stability and consistency for our players is ongoing access to a safe, secure, girls-only space. Although we’ll be leaving the old murals of Tres Pisos behind and trading in three floors for two, we are excited to bring the community and sense of family that is Fútbol Sin Fronteras—Granada into our new home just a few more doors down Calle Santa Lucia. 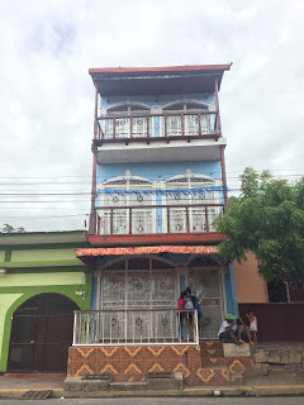 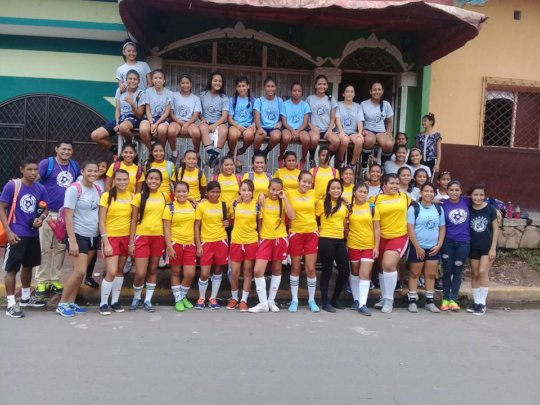 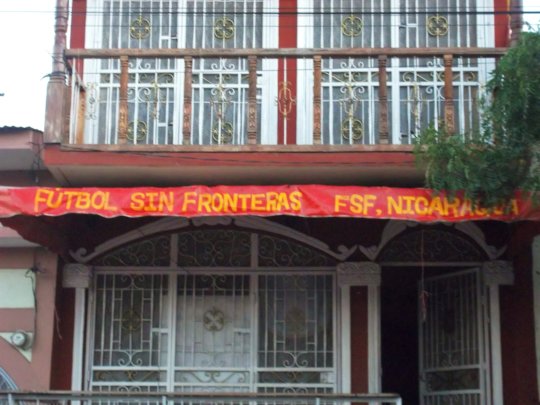 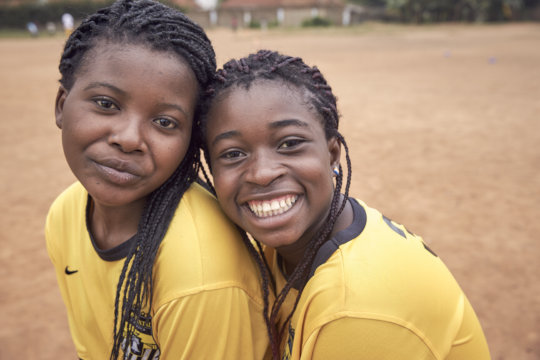 Soccer Without Borders-Uganda was founded by Congolese refugees to serve the urban refugee population in the city of Kampala. Through the years, the number of refugees, asylum seekers, and displaced persons arriving to Uganda from neighboring countries has continued to increase. At the end of 2017, 68.5 million people worldwide were driven from their homes according to the recently released Global Trends report from the UN Refugee Agency. 1.4 million of those displaced, many from the Democratic Republic of Congo and South Sudan, are currently living in Uganda which is number 3 of the top 5 countries receiving refugees.

Since beginning our work in Kampala 10 years ago, our program has grown to serve more than 300 refugee youth annually through daily soccer, education, and community programs for 46 weeks of the year. More than 60% of our current coaching and teaching staff are also refugees themselves, shaping and leading the evolution of the program.

As we look ahead, we are excited to begin plans to expand our programming and serve more newcomers in Kampala. In the next year, we'll be adding a second shift of English language courses to our off-field curriculum, hiring an Education coordinator and additional teachers, and mapping our academic curriculum onto that of the Ugandan school system to better support our participants in enrolling in formal schools. And on the pitch we have our sights set on adding additional youth football teams, strengthening our Girls Empowerment Program, and continuing to build and facilitate leagues for the greater community. In total, we aim to double our program outputs in order to better serve the youth in the Nsambya neighborhood and surrounding communities.

Today on World Refugee Day and throughout the week, we'll be celebrating the strength and courage of millions of refugees and asylum seekers alongside our players, coaches, and partners. To follow along with all of our events and activities, follow SWB Kampala on Facebook and tune in on Twitter today at 11:00am Eastern as our team in Kampala co-hosts the #RefugeesLead chat with SWB partners at GlobalGiving, Prerna4Refugees, and ActionAid.

Today only, as a part of the World Refugee Day Campaign, all donations made to SWB Kampala's program page before 11:59pm Eastern will be eligible for a 100% MATCH from the GlobalGiving foundation!Please consider doubling your impact today with a donation to support refugee and newcomer youth in Kampala both on and off the pitch! 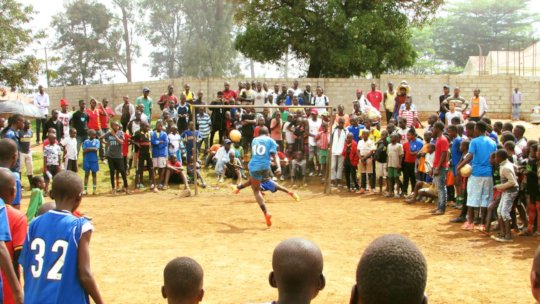 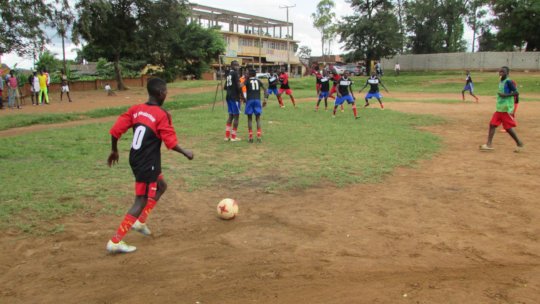 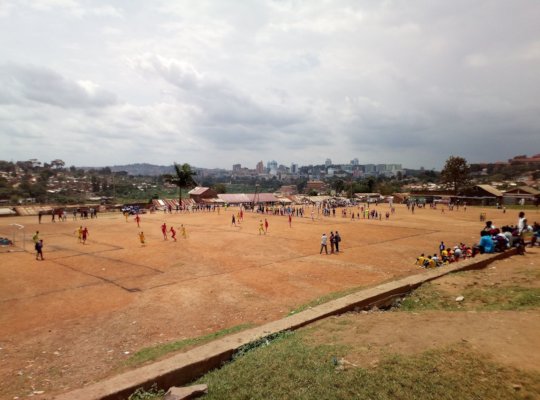 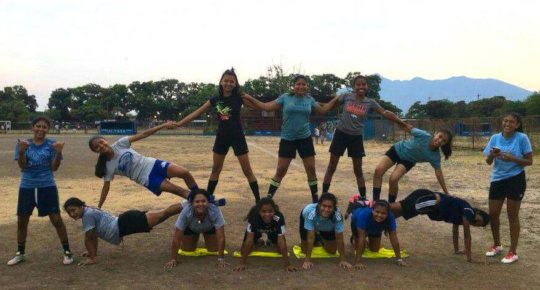 FSF Seniors in some post-practice gymnastics

You may have seen Nicaragua in the news more frequently in recent weeks, and especially in recent days, as violent protests have spread nationwide including Granada. We appreciate the many messages of support that we have received, as our girls, coaches, and families face an uncertain future in their community and country.

Nicaragua, as many of you have experienced first-hand, is a beautiful country with great cultural pride and some of the most welcoming people you could ever meet. Soccer Without Borders has operated in Nicaragua since 2006, with full-time, year-round programming since 2008 led by local staff and American volunteers. In that decade, we have reached thousands of girls across the country, and transformed the soccer community in Granada, advancing opportunities for girls on the field, in the classroom, and beyond.

Our year-round program operates 46 weeks/year in the city of Granada with more than 175 girls ages 5-20 registered for our daily, after-school soccer, education, and community activities. We have fostered cross-cultural friendships through 29 different week-long camp and immersion experiences for more than 400 volunteers from across the United States, England, Italy, Trinidad & Tobago, and other countries.

As a country, Nicaragua is at a crossroads, with a generation of students and workers who are demanding a representative democracy of a government that has not lived up to that promise. The struggle that is underway goes beyond a particular law or policy; a national dialogue about the future of the Presidency and democratic process began in May and has continued tenuously throughout the month to where we are now. Amidst this national dialogue, planned and impromptu protests across the country have continued. While the city of Granada itself had held overwhelmingly peaceful protests, in recent days it has erupted into violence, with looting, roadblocks, fires, and shootings. Our program has shifted activities earlier in the day while school is canceled, led by our local staff members, and hopes to remain a consistent and positive presence in the daily lives of our girls and their families.

The economic implications of this time of turmoil in Nicaragua are significant. The loss of tourism and economic activity during these last two months has been devastating to many families, in a context where a third of population lives on less than $2/day. Here at Soccer Without Borders, we were forced to cancel our upcoming Cultural Exchange Trip, an immersion experience for high school students that also represents 20% of our annual program budget. Thanks to the generous support of the SWB community during the Girl Fund Challenge, we are confident that the program will be able to sustain its regular programming despite the cancelation of the trip. We are so grateful for this support, and know that this community will continue to rally in uncertain times.

If you would like to send words of support to our staff and participants in Nicaragua, please contact me directly (mary@soccerwithoutborders.org) and I will be sure to pass on these sentiments (and would be happy to translate!).

With gratitude for your support, 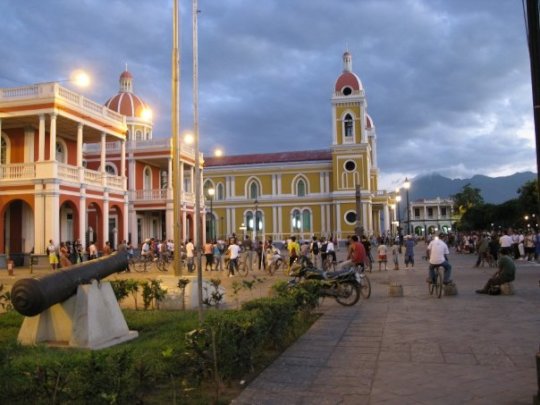