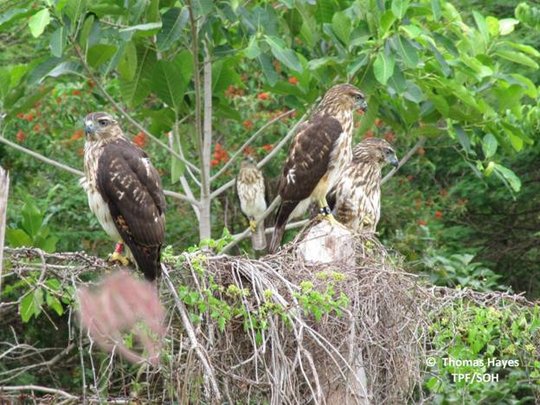 The first 4 hawks released in '11 sitting together

In 2011, the Ridgway’s Hawk Project continued to monitor nests and collect nestlings for release sites in Punta Cana and Pedro Sanchez.  In all, biologists monitored 37 nests in Los Haitises National Park and chicks were chosen from a total of eight nests.  In addition to monitoring the nests, our team also actively treated birds with botfly infestations and reconstructed several falling nests.  Parasitic infections early on in life are a serious threat to the existing population of Ridgway’s Hawks in Los Haitises; had these parasites not been removed many of the chicks would have died.  These conservation efforts were made for nestlings taken for the release programs and also to increase the numbers of birds that would ultimately fledge in Los Haitises National Park.

This year Punta Cana released a total of six new Ridgway’s Hawks.  These six birds were released in pairs several weeks apart.  The first release was in mid-April and the last on the 13th of June.  Without the diligent work of our team four of these birds would have certainly died due to parasitism by botflies. Young birds were treated in the field approximately a week before being removed from the nests to come to the hacksite and again once they arrived in Punta Cana.  The hawks responded well to this treatment and all were able to be successfully released.

In addition to releasing Ridgway’s Hawks, the project continues to educate locals and foreigners alike as well as training interested volunteers.  In the past two months volunteers from the Hispaniola Ornithological Society have visited from other release sites to compare notes and learn from each other’s experiences.  This year a student from Columbia University used the Ridgway’s Hawk releases as the subject of a six week long research project.  Students from other universities, such as Cornell’s Lab of Ornithology and San Diego State, also became involved.  By involving these outside parties we are both drawing attention to this conservation effort and opening up the program to further dialogue about how to improve the program in the future. 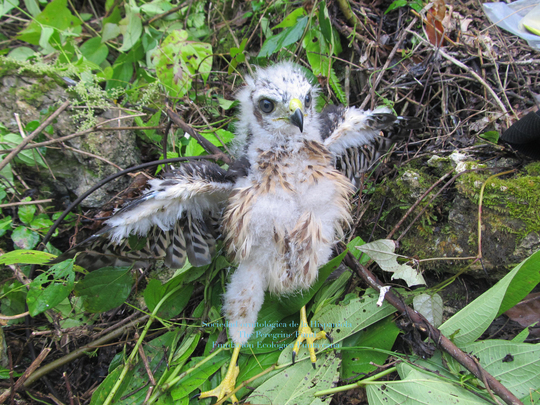 In April 2011, the Ecological Foundation and project partners Peregrine Fund and the Hispaniola Ornithological Society began their third reintroduction of Ridgeway Hawks in Punta Cana. As is with every year, the Hawks and their nesting sites were carefully monitored for months before several chicks were carefully selected as potential candidates for reintroduction. Scientists from the Peregrine Fund and the Hispaniola Ornithological Society safely removed, transported, and outfitted the Hawks with their radio transmitters before introducing them into the hacking box.

The hacking box has since been opened and all four of the juveniles are currently exploring their new surroundings and returning to the hacking box to feed. Within the next two weeks our project partners will return with two final juvenile hawks to complete this year’s goal of reintroducing six hawks. At present the four recently reintroduced hawks are being monitored throughout the day (though often from a distance so as not to scare them while they are still familiarizing themselves with the area) and monitoring of the older, established, hawks continues as always as well. 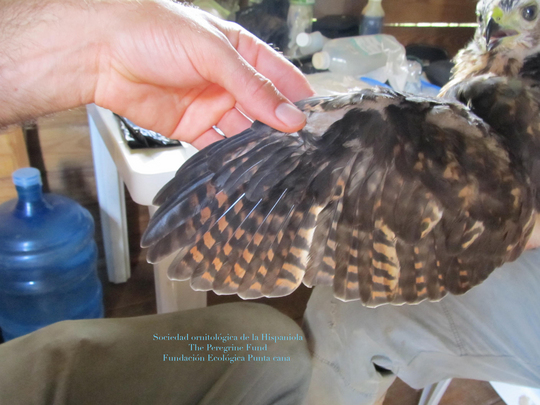 Inspecting the Hawk for any injuries or illnesses 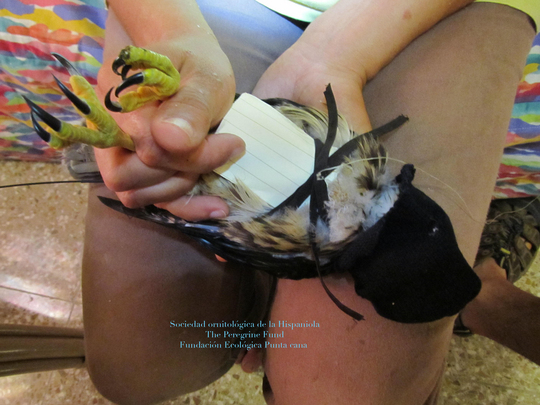 By Jacob Kheel - Director of the PUNTACANA Ecological Foundation 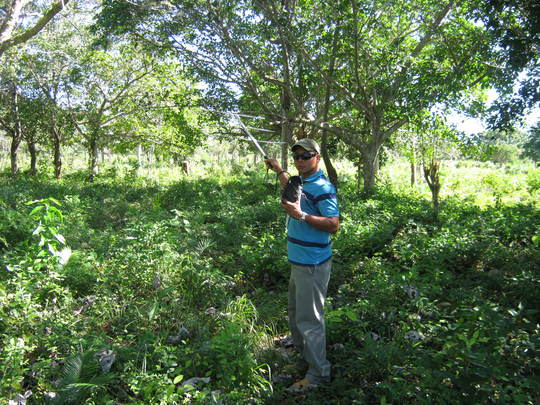 The most recently reintroduced five Hawks are fast approaching their one year anniversary in their new home here in Punta Cana (and the original group is almost at their 2 year anniversary!) and all seem to be fully adjusted to their new surroundings. In mid-Novemeber an employee of the Hispaniola Ornithological Society came to evaluate the well being of each of the hawks, after just two short days of observation he was able to ascertain that all of the hawks were healthily adjusting to their new habitat and no intervention was needed for any of the individuals.

At this time both the Hispaniola Ornithological Society and the PUNTACANA Ecological Foundation are preparing for the new nesting season and a new batch of chicks to reintroduce to the area. 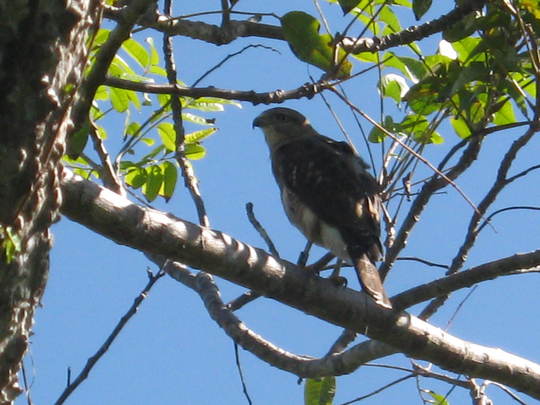 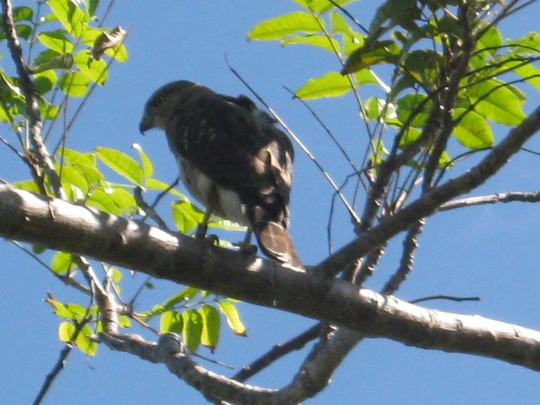 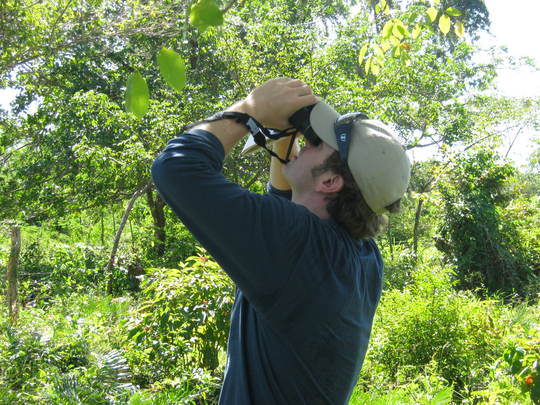 Sighting the Hawk
‹ 1 ... 29 30 31 32 33 34 35 36 37 ›
WARNING: Javascript is currently disabled or is not available in your browser. GlobalGiving makes extensive use of Javascript and will not function properly with Javascript disabled. Please enable Javascript and refresh this page.