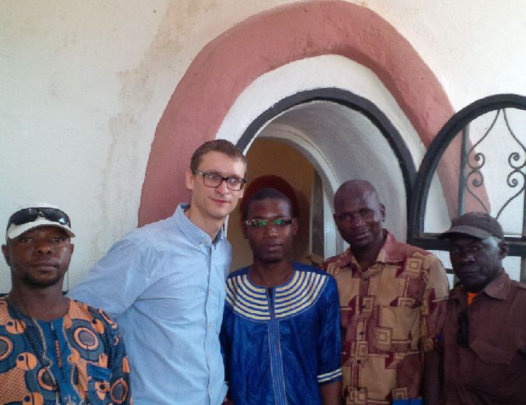 There is not much new to report from our programme in Mali since my last update three months ago - our programme can't operate in the field during the summer (June, July, August), when intermittent and often heavy rains are incompatible with mud brick construction. And many NV masons are also subsistence farmers, busy with agricultural work during these months.

Inauguration of the Laboratoire d’Agri-Culture (LAC) of Bamako

AVN on the international scene

If the summer rains prevented construction in Mali, our AVN-International representatives have been very busy promoting our programme, networking, and fund-raising. Events to which AVN have been invited recently include:
- the Terra 2016 International conference on Earthern Architecture in Lyon, France, July 11-14, where AVN CEO Thomas Granier and colleagues presented  a paper on the challenges of using locally sourced construction materials in the context of AVN's large-scale programme for development of a market in earthern architecture in the Sahel
- the SXSW Eco Conference, Austin, Texas, Oct 10-12, at whch AVN was a finalist in the 'Place by Design' competition, in the category 'Resilience & Health'
- the Third UN Conference on Housing and Sustainable Urban Development Habitat III, Quito, Ecuador, Oct 17-20, at which AVN jointly ran a Networking Event, together with the Ghana Affordable Housing Network and other partners, on "Better building in Africa"
- the 22nd Conference of Parties of the United Nations Framework Convention on Climate Change in Marrakech, Morocco, Nov 7 - 18 which at  AVN had a booth and also took part in many side-events.

Remember that it is in some measure due to your support that, over the last 10 years and more, AVN has come to be recognised as a major player for its programme of promoting and growing a market for sustainable, eco-friendly, affordable construction in West Africa. Please continue to help, and to tell your friends, family, and colleagues about our work, to complement the networking and on the international stage by our (very small and over-worked) AVN-International team based in in France. 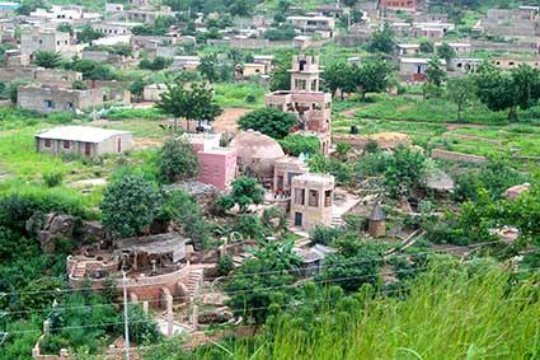 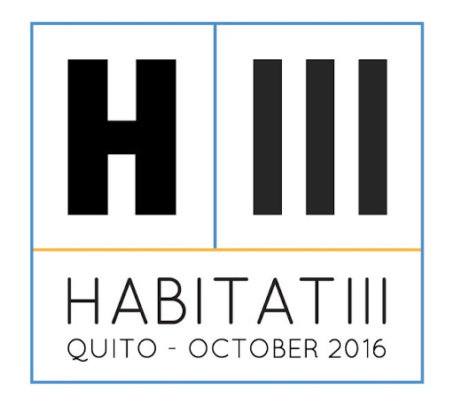 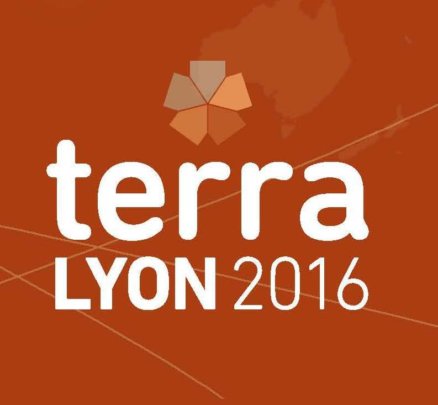 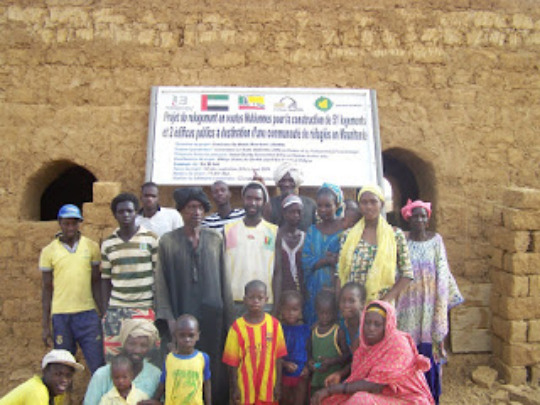 Refugee family in front of their new house

Teams of NV masons from Burkina Faso and Mali are building Nubian vault houses in Diakre, Mauritania for refugees fleeing persecution. Many refugee families – such as the family picturedpictured - who have been living under tents or corrugated iron roofing sheets in this camp now benefit from secure comfortable housing, sheltered from the searing heat, tempests of wind, and occasional heavy rainstorms.

This relief programme, financed by the Dubai Charity Association (DCA) involves the construction of 51 houses – 28 of which are now completed and occupied - and three community buildings. It is the result of a partnership between AVN-Senegal, the NGOs Banlieues du Monde Mauritanie and Le Partenariat (Senegal).

CartoTerra is an interactive online world atlas of earthern architecture, with images and brief details of a wide range of adobe earth buildings and relevant stakeholders. A representative selection of 50 or so NV buildings (out of the total of over 1500) in Burkina Faso, Mali, Senegal, Benin, and Ghana are featured, as well as AVN's national offices (see Stakeholders). Enjoy exploring the site (see the link below) – it's easy to use, and clearly demonstrates AVN's predominance as a key player in promoting contemporary earth architecture in West Africa.

Once more, many thanks for your continuing interest in our programme to develop a market in decent affordable housing for as many people as possible, and especially for those families struggling to survive in impoverished rural communities, and those suffering persecution and civil disorder.. 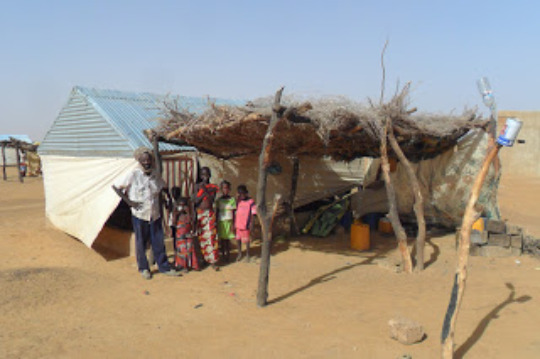 ...and where they lived before 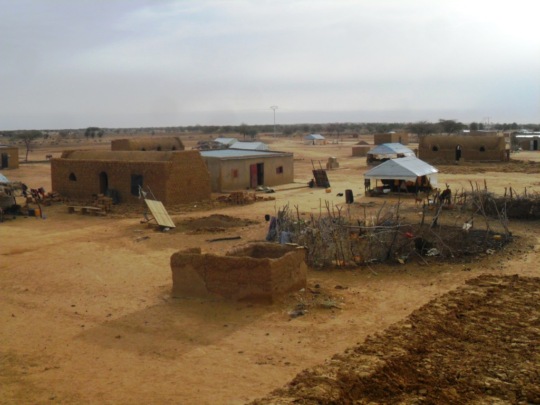 View of the refugee village 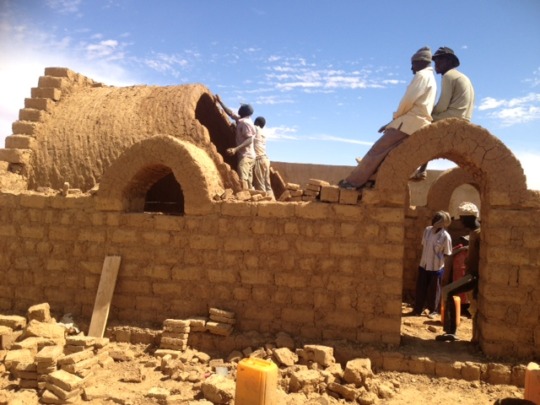 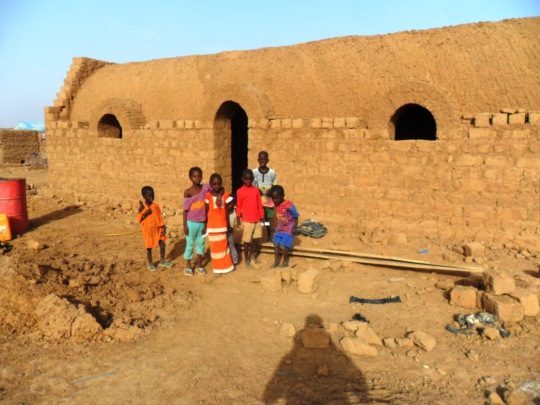 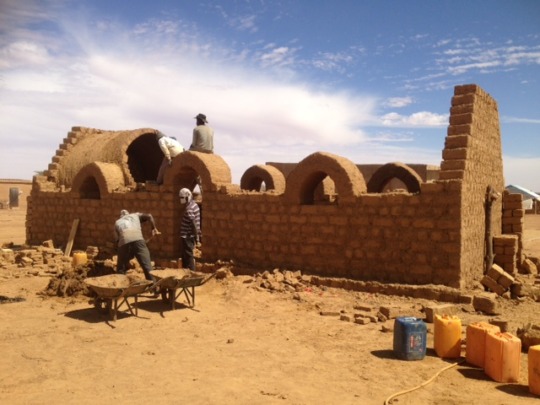 An update on progress of the AVN -Mali Programme 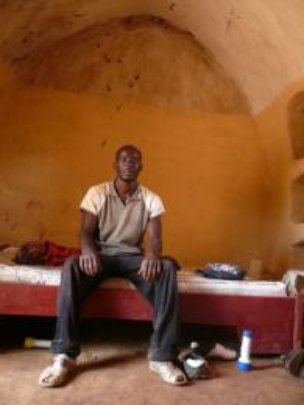 A NV mason in his own NV house, Kati

The last season has been a particularly successful one for AVN-Mali.

Growth of production and training

Compared to our other countries of action, the Malian NV market is the one which has grown the most this season:

- the number of construction sites increased by 28%, to a total of 436 in 226 different localities

- the Kickstart method in rural areas is particularly efficient and well-adapted to the Malian context; 98% of the season’s NV clients are rural farmers, AVN’s core target; in total, over 7,000 people in Mali have benefitted from the AVN Programme

- the number of trained masons grew by 26% to a total of 223, and the increasing commitment of traditional masons (those who build with earth/metal roofing sheets and/or cement/metal roofing sheets) means we can expect this remarkable growth to continue.

The opening of the San region, chosen in collaboration with the Ségou AOPP (farmers' organisation), means that AVN is now present in four regions in Mali.

Hiring someone responsible for institutional advocacy (a French employee based in Bamako) in mid-season led to the implementation and strengthening of unequivocal advances in raising awareness vis-à-vis national institutional actors.

During this season, a plan to expand to three Cercles in the Kayes and Koulikoro regions was approved as part of the Natural Resources and Climate Change Management Project (PGRNCC), under the aegis of the Agency for Environment and Sustainable Development (AEDD) and funded by the World Bank. It is noteworthy that this is the first time in Mali that a project has been led by a national institutional actor.

This season the four-year project focused on preparing activities, in particular the expansion to the Banamba region and the hiring of a local team.

The support from the Malian Minister of Economy and Finances vis-à-vis the Islamic Development Bank (IDB)has led to funding being granted, which will be allocated next season to strengthening professional training in the Cercle of Koutiala as part of a multi-partner approach (inter-communities, companies, etc.).

The attached photos are just a few examples of the wide range of buildings constructed by NV masons in Mali. 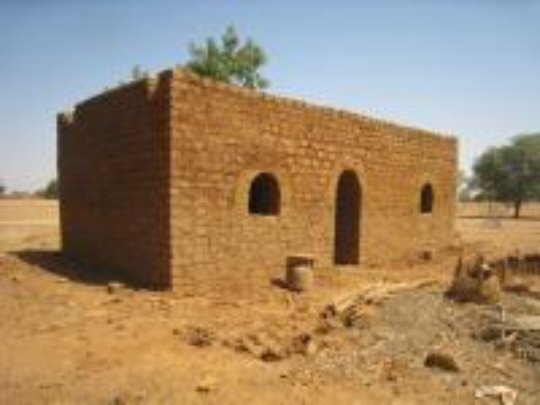 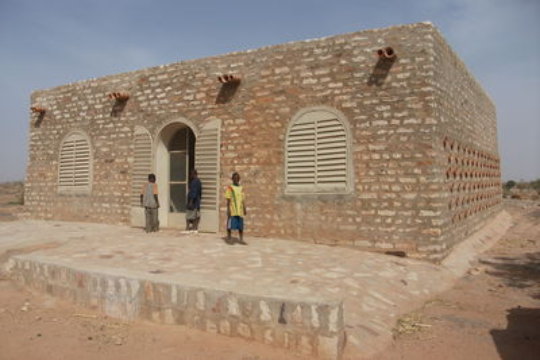 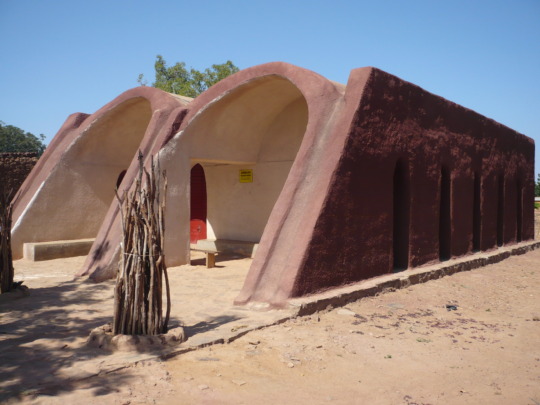 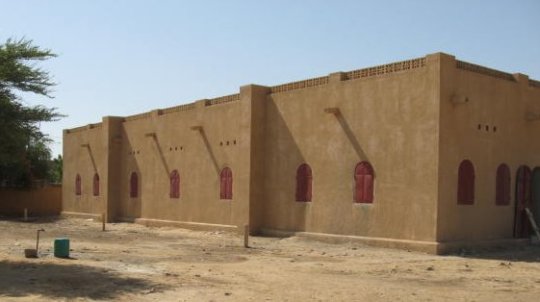 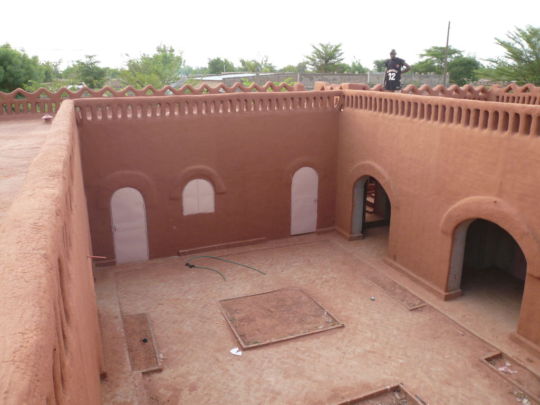 Cultural centre, Segou
‹ 1 ... 6 7 8 9 10 11 12 13 ... 28 ›
WARNING: Javascript is currently disabled or is not available in your browser. GlobalGiving makes extensive use of Javascript and will not function properly with Javascript disabled. Please enable Javascript and refresh this page.