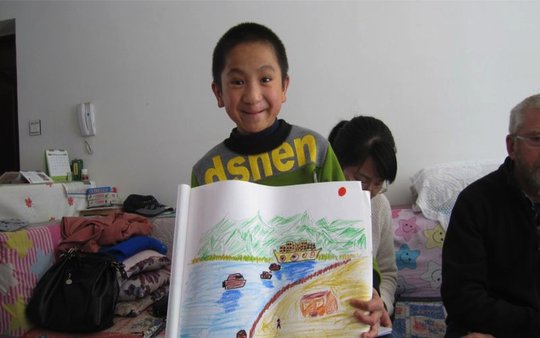 Faces like this show how important family can be. Xiao Long is 12 years old. He's lived with his foster family for 7 years. When he was first placed with his family, he couldn't walk or talk, and he was thought to have learning difficulties. Now he speaks well, attends the local school and has shown he has no learning difficulties to speak of! As you can see, family life has brought out his passion for art. The Child Welfare Institution where he used to live continues to support his foster family, and even helps to provide a private art teacher to cultivate Xiao Long's talents.

This Christmas, help give other boys like Xiao Long a new family. #giveachildafamily

From all of us at Care for Children, thank you for your support this year! We can't do this work without you. 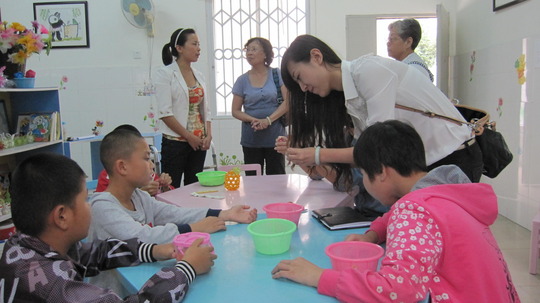 How do you cope with change?

Perhaps you’ve changed jobs and are having to learn a new set of skills? Maybe you’ve been laid off and you don't know where the next pay check will come from? Or you might even be picking up a new hobby? The fact of the matter is, we all experience change one way or another and everyone has different ways of coping. For some of us, we embrace change and adapt to the new situation, but for others facing change can make us feel vulnerable.

Helping children and families cope with change is an important part of our work. Children who have been orphaned or abandoned have to bear the burden of loss from a very young age - loss of parents, loss of heritage, loss of identity to name a few. We provide training to family placement workers and foster carers on how to support children through change, separation and loss. We also help workers and carers maintain the right balance in dealing with the emotions of supporting children in care.

On a recent training trip to Chengdu, our training team spent three days with family placement workers and some foster families to work through the issue of dealing with separation and loss. There are different situations children and their foster families have to manage and work through - for example, some children need to move placements so that they can gain better access to education and others may be reaching independence and need support as they prepare to move on.

There were 30 participants who came from different parts of Chengdu, representing over nine different orphanages. Many participants had never attended our training before and shared how they appreciated the opportunity to learn more about coping with separation and loss. They also mentioned the need for more training like this to be rolled out! We love being able to meet and gather with our local partners to work and learn collectively together!

We at Care for Children would like to say thank you to all our Global Giving supporters who make this important work possible! You are helping to lay strong foundations for children to receive the best quality care! 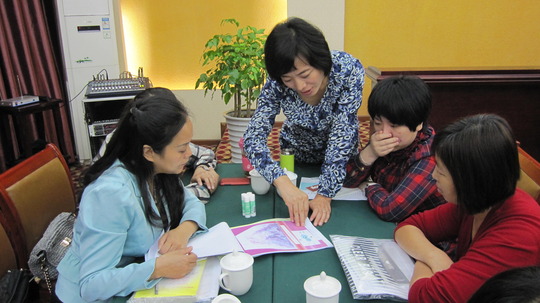 Group photo before going in to see Nick Vujicic

The purpose of our work in Chiang Mai is to give the boys you see in this picture the opportunity to move out of the orphanage and into a local family they can call their own. There may have been a time when they felt hopeless, that the odds stacked up against them were too high, or that they would never experience the affirming support of a father or the tender touch of a mother. But Care For Children’s mission is to prove that their hope is not a lost cause…

Last month, we took 50 boys and 10 staff from Chiang Mai Home For Boys to listen to Nick Vujicic speak live here in Chiang Mai. ‘Audacious hope’ is probably the best way I would describe the life and work of Nick Vujicic. I imagine it’s how he’d like to be remembered. And it’s probably just what the boys and staff we took needed to hear.

For those of you who don’t know, Nick Vujicic was born in 1982 in Melbourne, Australia with tetra-amelia syndrome - a rare disorder characterized by the absence of all four limbs. His story is one of overcoming remarkable obstacles, and under no condition, giving up. Against the greatest of odds, he has become one of the world’s leading motivational speakers! So when we heard that he would be in Chiang Mai for one night only, we knew it was a once-in-a-lifetime opportunity for the boys at the orphanage to watch and listen to him in person.

Thanks to the kind donations from individuals such as those who donate via Global Giving, Care For Children was able to sponsor 60 tickets. We worked with the orphanage to make the necessary arrangements, and travelled as a big group to the venue.

The boys had never been to anything like this before, and it was a moving experience to watch them soak up the atmosphere, and talk excitedly amongst themselves as they waited for Nick to take the stage.

You could feel the excitement as we arrived! The organizers originally expected an audience of between 2,000 – 5,000, but the final count was over 12,000!. Despite the huge crowd, Nick was remarkably able to personalize the evening for them by specifically addressing his message of hope for children in the audience who didn’t have a family.

“It's great!! His talk was very inspirational for me. Thank you very much for your support to us!”

“I've seen him before on youtube. It was great to see him on that day. I've got good thinking from him.”

“I haven't seen him before. I think it's so great for the children to come - it will have a positive impact on them, and also on the staff.”

We are delighted to announce that since March this year, 12 more boys have been placed into local families – taking the total to 32!

Thank you for providing us with the funds to support the boys in this way, and thank you Nick for your message of ‘audacious hope’ that inspires all of us to never give up.

To learn more about Nick Vujicic, visit his website: www.lifewithoutlimits.com 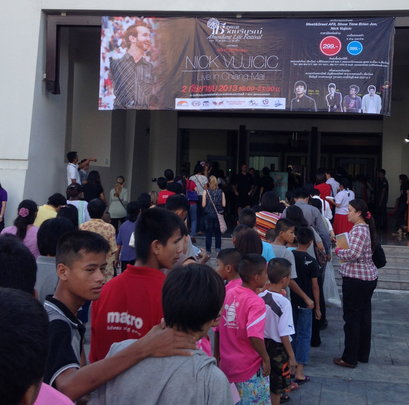 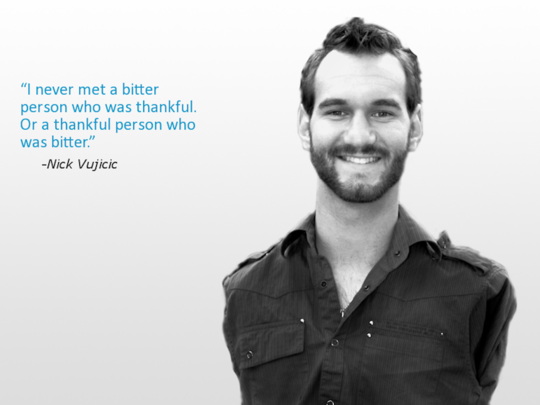 ‹ 1 ... 19 20 21 22 23 24 25 26 27 ›
WARNING: Javascript is currently disabled or is not available in your browser. GlobalGiving makes extensive use of Javascript and will not function properly with Javascript disabled. Please enable Javascript and refresh this page.