"Turn On the Subtitles" (TOTS) Campaign 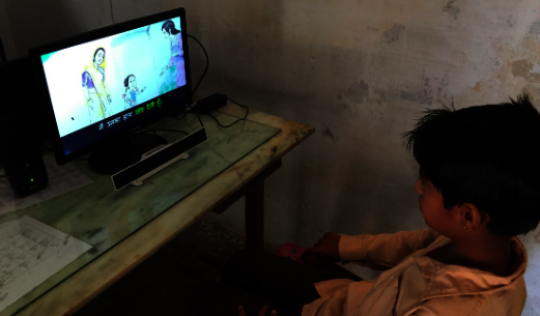 Viewing a story with SLS in Rajasthan, India

For many years, PlanetRead has been working to convince governments, teachers, parents, and anyone who would listen that same-language subtitling (SLS) of media content could make significant improvements in viewers' literacy rates.

This summer, the good news has been spreading. In May, former UK education secretary Justine Greening observed that even a parent who is "not a great reader" can help a child become a better reader by taking one simple step: turning on the subtitles on television.

Social innovators Oli Barrett MBE and Henry Warren heard about Brij Kothari's research on same-language subtitling for literacy and began to wonder about this simple "life hack." They approached the National Literacy Trust, whose director, Jonathan Douglas, agreed that evidence shows the effectiveness of SLS.

In July, Oli Barrett published an article advocating for a "Turn On the Subtitles" (TOTS) Campaign in the UK and urged others to share it. Quoting Brij Kothari's statement, "If you want to teach a nation to read, just turn on the subtitles," Barrett has emphasized the need to encourage broadcasters to subtitle more media content—a longtime goal of PlanetRead's work.

"When I found out about the powerful link between subtitles and literacy, I couldn't believe more hadn't been done to join these dots," Barrett told the Manchester Evening News.

Other publications in the UK and Australia are helping to connect those dots at last with stories about PlanetRead's research and Barrett's ongoing campaign to support SLS. It's exciting to see word get out about this simple, scalable literacy solution!

We hope you'll support our efforts to expand same-language subtitling in India—and we would love it if you would share one or more of the articles in this report with friends, family, and followers. Thank you for supporting SLS and PlanetRead! 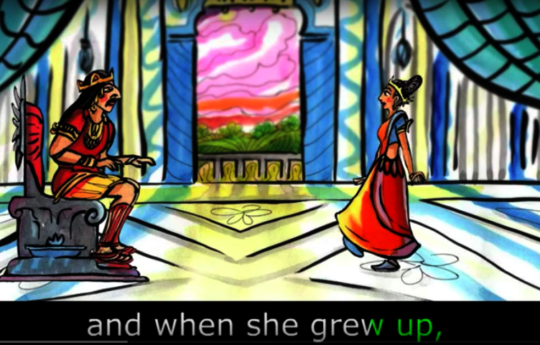 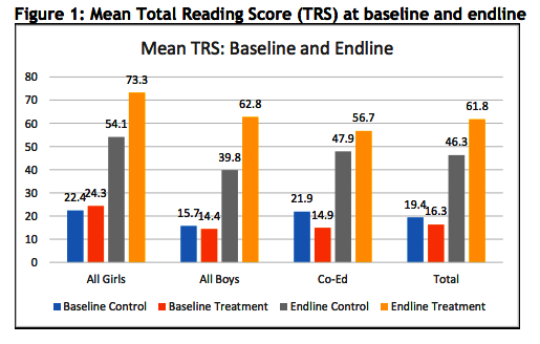 Since July 2016, PlanetRead has developed forty leveled AniBooks in Hindi, ten each for grades 1-4 (roughly ages 6-10), to help children become better readers. AniBooks are animated stories with same-language subtitles; each word in the subtitles is timed to appear as it is spoken in a recorded narration. Our goal was to integrate AniBooks into schools and then evaluate the impact of AniBooks on the reading abilities of children from very low-income backgrounds.

Over a seven-month period, in five schools in rural Delhi that had been selected to receive the AniBook intervention, teachers showed AniBooks in class three times a week. A control group of five schools with similar student populations received no AniBook exposure.

After seven months, the children in both groups were tested again. All the children had made strides in reading, but the target group's reading scores had substantially surpassed the scores of the control group. The control group's mean scores went up by 26.9 points, while the treatment group's mean scores went up by 45.5 points. The difference in group means was highly statistically significant. (See the chart above.)

In seven months, children who got the AniBook intervention scored 69% higher on reading than children in control schools.  Schooling alone got 51% of the absolute non-readers started on the path to reading.  Schooling plus the AniBook intervention got 84% of the absolute non-readers on the path to reading.  The treatment schools’ mean comprehension score went up 80% more than control schools.  The strongest measurable impact of SLS on reading was on children in Grades 2 and 3.

We're excited that this project produced such strong evidence of the efficacy of AniBooks for students from backgrounds without many other opportunities to read. We hope you'll continue to support PlanetRead's work with same-language subtitles for literacy! 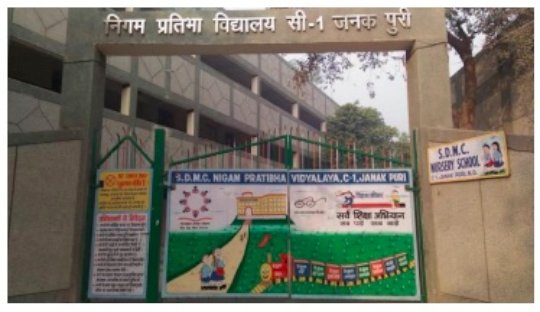 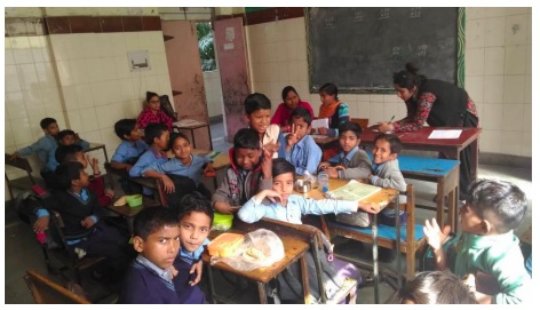 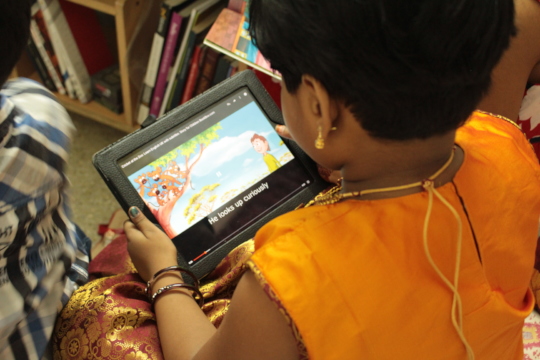 Child reading with an AniBook on a tablet

In 2015, Oracle first supported SLS on Hindi songs of the channel Zee Cinema, in the second year, PlanetRead continued the SLS program on Zee Telugu, in the 3rd year, Gujarati film songs on a program called Chitra Gurjari on DD Girnar were subtitled.

This year, PlanetRead will be producing 5 AniBooks (animated stories) in English and Hindi.

In the first phase of production, PlanetRead will partner with BookBox, which is a social enterprise born out of PlanetRead’s SLS innovation. BookBox has been creating AniBooks with SLS for over 12 years. The AniBooks are available free of cost on BookBox’s YouTube channel, which has over 62 million views and more than 275K subscribers.

AniBooks are platform agnostic and available in the form of CDs, DVDs, internet downloads, mobile Apps and videos that can be played on TVs too. Usually produced in English the first time, AniBooks can be easily converted into any language. They currently available in a mix of over 45 languages (15+ Indian and 30+ international).

BookBox’s most popular story, Kiran Bedi’s How to lose a shoe at over 11 million views, The Greatest Treasure, has over 4.8 million views and Abdul Kalam’s Lesson for my Teacher at just over 2 million views.

The next phase of the project will be to make all AniBooks available on YouTube and distribute them via other educational programs run by other ed-tech companies.

For more information about PlanetRead’s work: 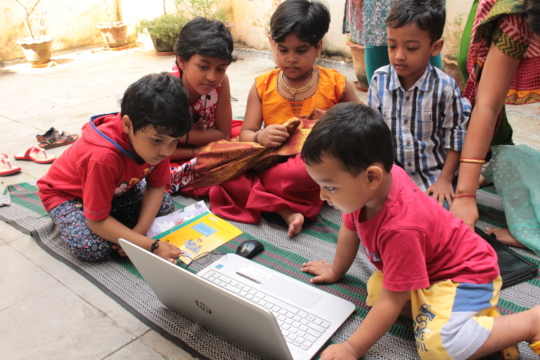 Attachments:
‹ 1 2 3 4 5 6 7 8 9 ... 16 ›
WARNING: Javascript is currently disabled or is not available in your browser. GlobalGiving makes extensive use of Javascript and will not function properly with Javascript disabled. Please enable Javascript and refresh this page.