Using Training to Stop the Cycle of Violence 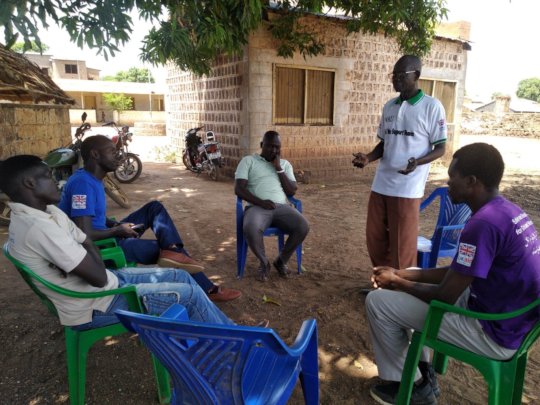 But our services are not just about access to inclusive healthcare. We also work to prevent gender-based violence (GBV) by promoting awareness about GBV and gender equality.

What’s the best way to prevent sexual violence? Teaching men as well as women about the importance of gender equality and how to prevent gender-based violence will stop the cycle of violence in its tracks.

Our training sessions are filled with powerful community leaders, men as well as women, who are rising together to combat the causes of GBV and intergenerational trauma, remove the burden of prevention which tends to rest solely on women, and promote resilience.

Richard is a 50-year old community leader from Wau in western South Sudan. Utilizing his leadership position, Richard has been promoting gender equality ever since he took part in our community-based initiative titled “Engaging Men in Accountable Practices” (EMAP) last year.

Richard remembers how the training helped him understand such key concepts as gender, masculinity and GBV. “I started to understand how I can support women and girls as a man and as a community leader, as well as how to improve my mindset in this regard,” he told our team.

Richard now identifies GBV cases and refers them to International Medical Corps caseworkers, who as part of our comprehensive healthcare team ensure that survivors receive the assistance they need – whether referrals to medical or mental health services, nutrition services and/or maternal and child health services. Our teams are there, ready to provide support wherever, and whenever it is needed most.

So what does the future hold for Richard and his community? Richard wants to “create a country where women and girls are valued, equal and free from violence.” He has joined with International Medical Corps to break the cycle.

Thanks to the GlobalGiving community and other generous donors, International Medical Corps can continue to promote gender equality in South Sudan. 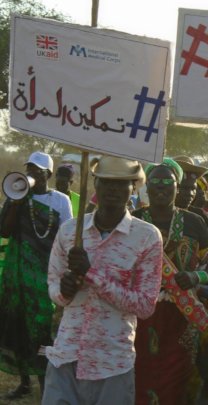 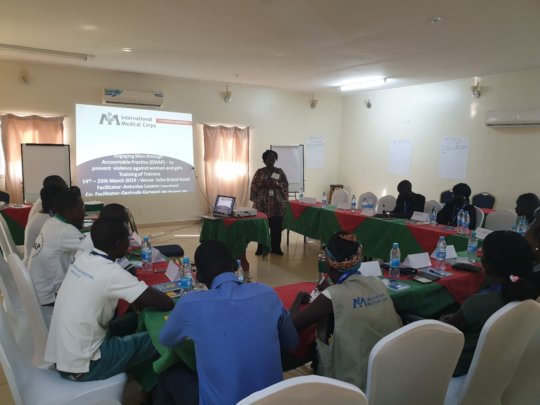 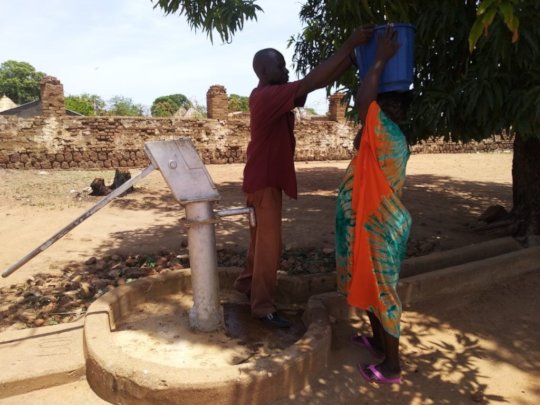 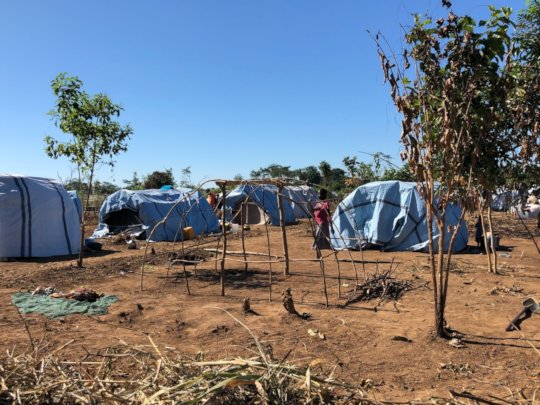 Late on March 14, 2019, Cyclone Idai made landfall near Beira City in the Sofala Province of Mozambique. According to UN OCHA, this Category 3 storm damaged or destroyed nearly 150,000 houses, weakened infrastructure and displaced more than 400,000 people. The healthcare and water, sanitation and hygiene (WASH) systems were also affected due to the rainy season and flooding.

At the start of our response, International Medical Corps traveled through the cyclone-affected districts with our local partner, Esmabama; Esmabama is a humanitarian organization focused on promoting safe WASH within the rural Sofala Province. Our teams conducted assessments of the most urgent water, sanitation and hygiene needs as well as needs related to mental health and psychosocial support.

The assessments identified the need for improved access to clean water, sanitation and hygiene to prevent the spread of diseases like cholera and malaria. They also identified gaps in both urgent and routine access to quality and comprehensive healthcare and mental health and psychosocial support care. Survivors of disasters like Cyclone Idai face a higher risk for psychological distress and mental health conditions such as anxiety, depression, post-traumatic stress and more.

Felicity, our Mental Health and Psychosocial Support Coordinator, explains that assessments such as ours allow us to “respond to the needs on the ground as they exist in real time.” She informs us that “the assessment is the first stage in accountable programming.”

Today, thanks to these assessments, we are partnering with Esmabama to rehabilitate water points in health facilities; test water quality to ensure the availability of clean water; and support basic sanitation infrastructure with handwashing stations. To address mental distress, we are providing training on psychological first aid. This technique in intended to provide humane and practical emotional support to fellow human beings who are suffering, in ways that respect their dignity, culture and capabilities. By providing skills and resources we are making it possible for the people of Sofala to be their own best first responders in the future.

Thanks to the generous support of the GlobalGiving community and other donors, International Medical Corps can continue to promote safe water, sanitation and hygiene and address mental distress in the communities affected by Cyclone Idai. 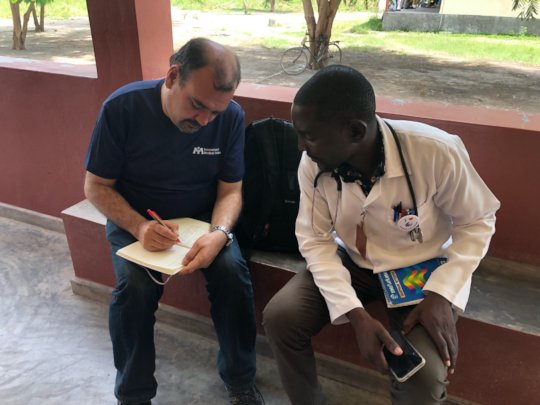 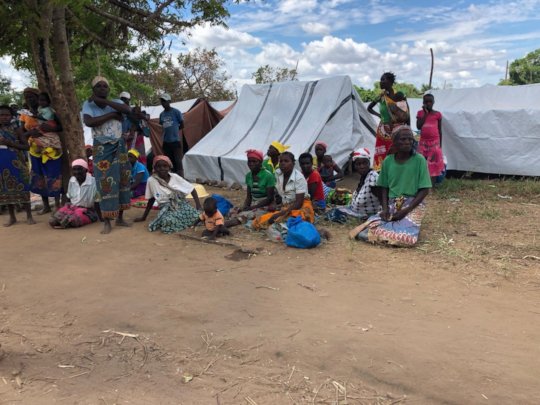 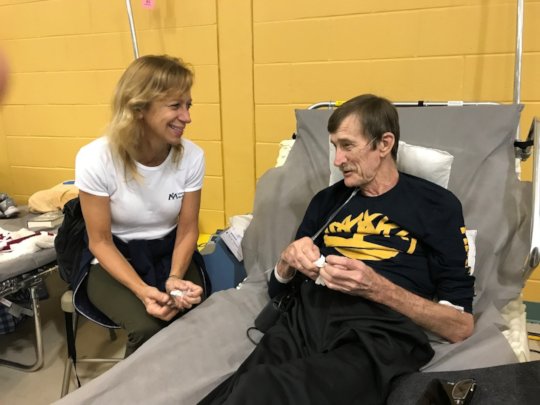 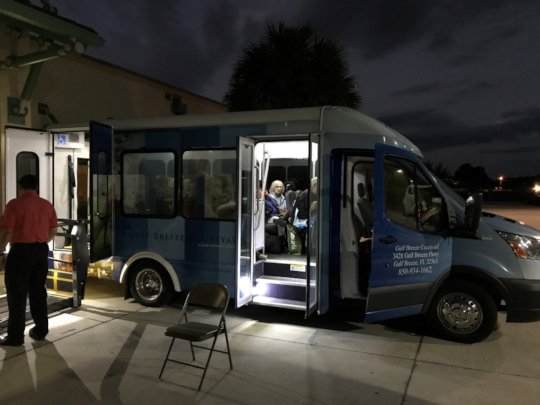 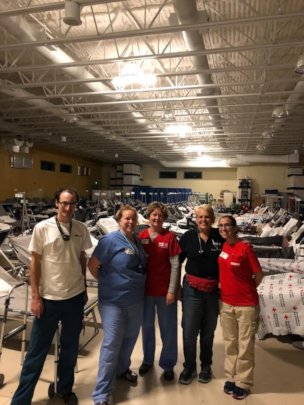 Our volunteers at the intermediate care shelter.
‹ 1 ... 4 5 6 7 8 9 10 11 ... 130 ›
WARNING: Javascript is currently disabled or is not available in your browser. GlobalGiving makes extensive use of Javascript and will not function properly with Javascript disabled. Please enable Javascript and refresh this page.