The Impact of Cyclone Idai on Zimbabwe 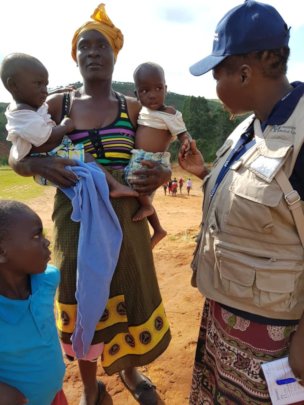 Zimbabwean mother and her three children

On March 14 and 15, the category three storm known as Cyclone Idai reached the southeast coast of Africa. that 270,000 people are in need of humanitarian assistance in Zimbabwe, with about 181 fatalities and 330 people still missing. Numbers are expected to rise as access to isolated communities is restored by fixing the damaged roads and bridges.

When the storm struck, International Medical Corps was already working in Zimbabwe to promote nutrition; increase access to safe water, sanitation and hygiene; support maternal and child health; and build local capacity to respond to a disaster. This close proximity allowed our teams to deploy quickly to the most affected districts of Zimbabwe.

On March 27, 2019, our on-the-ground team traveled through difficult terrain to the Ngangu township in the Chimanimani district to look at the most urgent needs. In this area, our findings were staggering — many people have lost their homes, family members and communities, agricultural crops and their livelihoods. Access to safe water and psychosocial support are among their most critical needs.

International Medical Corps quickly provided 500 household hygiene kits to help reach the most disaster-affected families and worked to identify the most improtant gaps in services. These kits included much needed supplies like soap, toilet paper and sanitary pads to promote a sense of dignity among the most vulnerable.

We thank the generous GlobalGiving community for any help you can provide to help our teams reach the women, men, and children impacted by Cyclone Idai’s devastation. We look forward to updating you as our relief efforts continue. 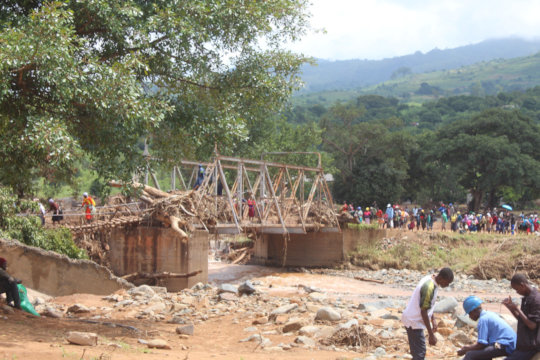 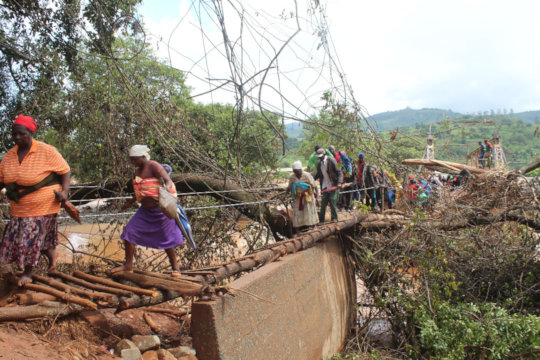 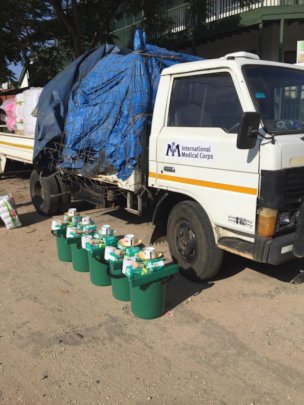 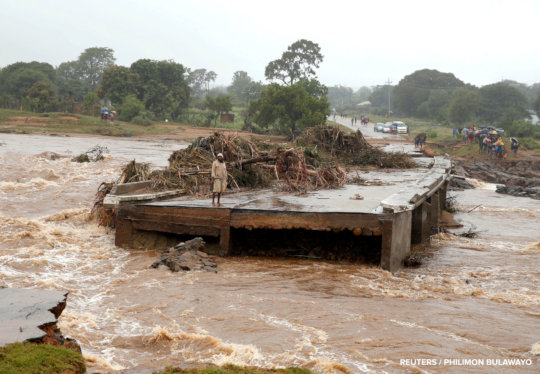 On March 15, Tropical Cyclone Idai made landfall in the city of Beira of Mozambique. The cyclone produced torrential rains and strong winds as it moved through the country and toward Zimbabwe and Malawi. An estimated 1.85 million people are in need of assistance in Mozambique, with an additional 920,000 people affected in Malawi and hundreds of thousands more in Zimbabwe.

International Medical Corps is on the ground in Beira, where an estimated 90% of the port city has been damaged. An outbreak of cholera has been confirmed, and priority needs include clean water, primary and reproductive healthcare, and nutrition, as well as protection for vulnerable populations that include women and children.

The effects of Cyclone Idai continue to unfold in Zimbabwe and Malawi. In Zimbabwe, we are leveraging our long-term presence in the country to reach the major affected areas of Chimanimani and Chipinge and provide families in need with hygiene care including supplies like soap, toothbrushes, towels, coupled with delivery of key safe hygiene messaging, to keep families healthy. We continue to monitor the needs in Malawi, and are prepared to provide support there if additional assistance is needed.

We thank you and the GlobalGiving community for your support as we work to assess the most urgent needs and reach those affected by Cyclone Idai. 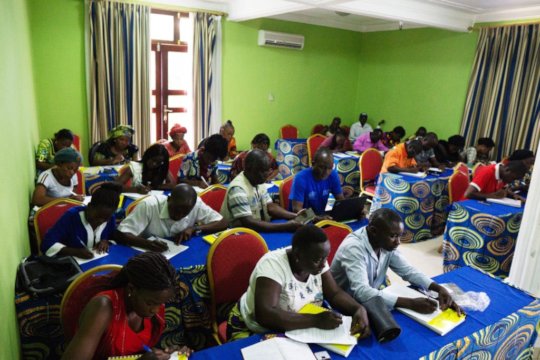 According to the latest Ministry of Health report, as of March 24, 2019, the number of cumulative cases official rises to a total of 1009, with 944 confirmed cases and 65 probable cases of Ebola, and 629 fatalities. Ebola has now spread across more than 20 health zones and two provinces. Never before have Ebola response teams faced active insecurity, community resistance and urban transmission simultaneously, all of which are weakening the effectiveness and reach of critical surveillance and prevention activities in North Kivu and Ituri provinces.

With misinformation and fear of Ebola, communities have been highly resistant to response efforts, contributing to the rapid and ongoing spread of the disease. Many individuals and families keep loved ones at home when they become symptomatic, flee from health facilities and checkpoints after presenting with a fever, and refuse vaccinations and follow-up. These actions leave communities and health workers extremely vulnerable to undocumented transmissions of the virus.

In order to address these concerns, we are conducting community engagement through community health workers (CHW) and community-based organizations. He goes on to explain that these CHWs and CBOs visit households in vulnerable areas, lead educational talks on Ebola, and facilitate awareness sessions about the disease. Trained to detect and raise alerts on potential cases, CHWs also play a key role in discovering new cases and contacts in their communities.

“Identifying a case early is extremely important,” explains Dr. Cimanuka, the medical coordinator of the International Medical Corps Ebola response program in the DRC and one of our program’s trainers. It’s also important to break down resistance to the presence of health workers involved with the Ebola response, he says, and he is proud that staff members have been able to use their newly gained knowledge to engage leaders of communities. To date, International Medical Corps’ community engagement activities have reached more than 54,010 people.

“Those who had initial doubts if Ebola was dangerous came to understand quickly just how real and how serious the Ebola Virus Disease is,” says Dr. Nzanzu, a chief physician of Luotu in North Kivu province. The training provided by International Medical Corps “was great timing for .”

We thank the GlobalGiving community for your continuing support of our efforts to bring an end to this dangerous Ebola outbreak. 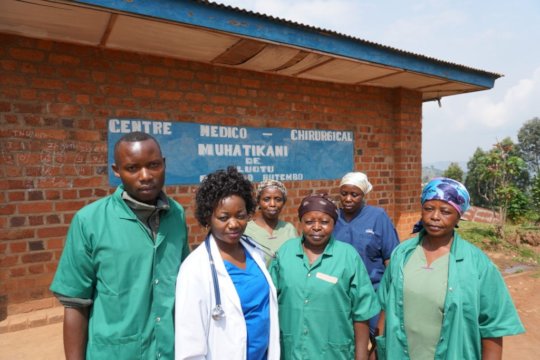 Healthcare workers at one of our Ebola facilities 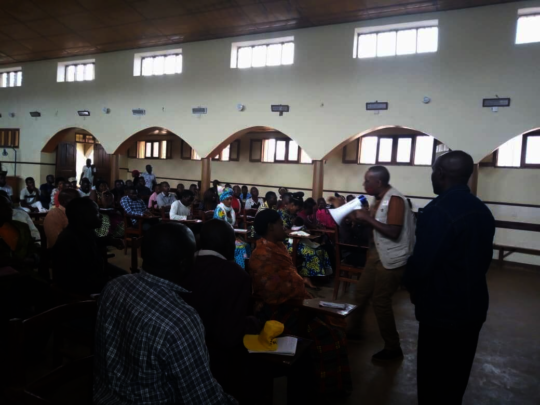 Our team engaging with communities on outreach
‹ 1 ... 18 19 20 21 22 23 24 25 ... 140 ›
WARNING: Javascript is currently disabled or is not available in your browser. GlobalGiving makes extensive use of Javascript and will not function properly with Javascript disabled. Please enable Javascript and refresh this page.