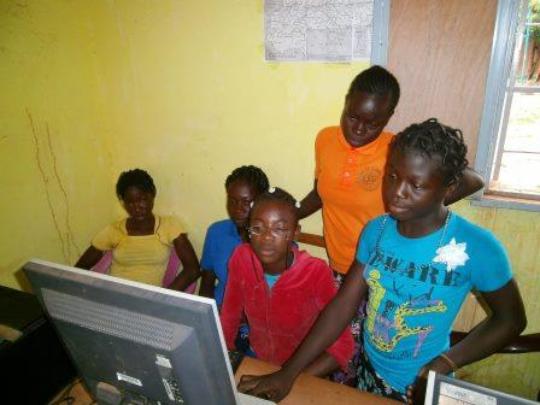 Participants learning from each other

Translated from the French, from FAVL program manager Boué Alidou

The multimedia center of Houndé (CMH), in the interest of multiplying its activities to the benefit of the populations, held for the second time a training in use of computers. This second training was held for young women coming from the villages of Sara, Dohoun, Karaba and Houndé. Two tutors from the first training were there also. The participants received a lot of practical knowledge on the computer namely: "How to turn on, turn off, put in sleep and restart a computer, the role of the buttons of the keyboard". Participants touched each button to see the feature. The role of the right and left buttons of the mouse. Exercises for entering sentences and paragraphs of texts taken from CMH books. The women practiced typing and also how to select a word, a sentence and a text; change the size and font, save and save a version. They also learned how to create a folder and copy and paste. These activities were conducted under the guidance of the tutors who worked tirelessly to support the participants. We observed a good concentration of the participants during these two days of work at the end of which they also wrote a book by entering the text on the computer. The book is titled The lack of civility in schools. It will be corrected and printed for the benefit of the readers.

But compared to the first formation, we can note that the second one knew some divergences in particular:

The training ended on Saturday, July 20, 2019. The participants received the advice of the staff to seize the opportunity when the time comes to deepen their knowledge of computers. It was a pleasure to have allowed these young people to achieve a good performance on the introduction to the computer in a spirit of sharing and camaraderie. 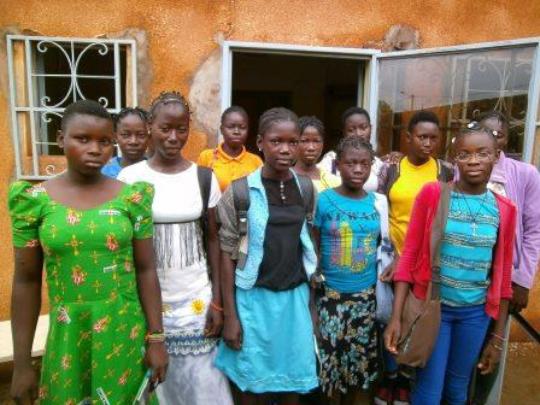 Participants pose for a group photo 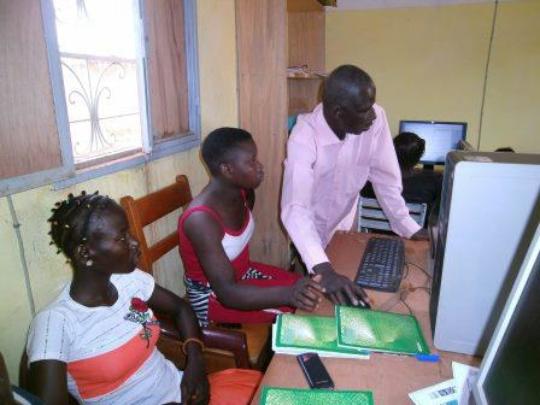 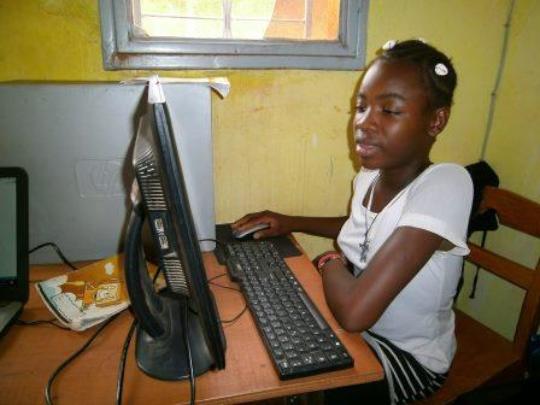 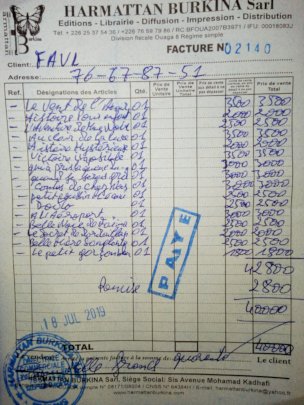 Receipt for $75 worth of books

In our report last week we noted we would be purchasing books for the re-opened Koumbia library in August. We jumped the gun, and purchased the books yesterday (see photos). The Burkina Faso FAVL coordinator is going down to the southwest to visit some of the libraries, so we are taking advantage of that trip.

In other news, the multimedia center in Houndé has produced two more children's books. These are written by students in the Houndé region and illustrated by a telented teacher in the town. The current stories are about young women dealing with pressure for early marriage, and a book about women's activities in the villages. Visit the FAVL website for more information. 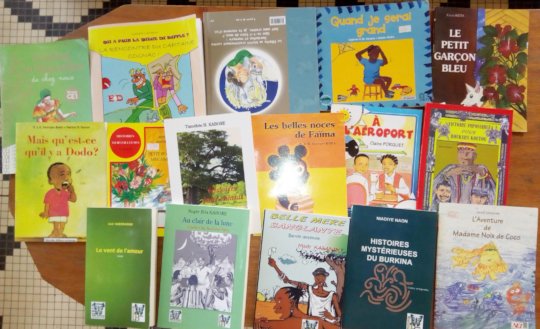 The books purchased to de distributed to Koumbia
Jul 8, 2019

Books to be bought in August for Koumbia library 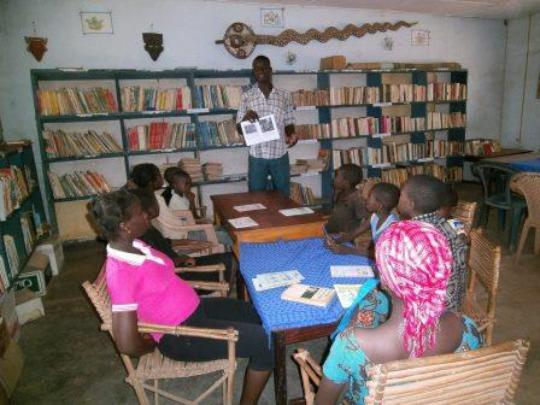 We are grateful to the donors for this project. We anticipate that in August we will go to the local bookstores in Ouagadougou and purchase about $100 worth of books, to be supplied to the recently re-opened library of Koumbia in southwestern Burkina Faso.

In Burkina Faso, we continue to support 34 community libraries. Terrorist activity in northern Burkina Faso unfortunately has meant that four libraries are temporarily closed due to danger (schools and administrative buildings are targets.)  For the libraries that are open, we continue to do the best we can to provide regular assistance to mayors and rural councils in managing the libraries, supply select libraries with new books, train librarians, and offer salary support for some of the librarians. We completed 22 summer reading camps last summer 2018, serving more than 550 4th and 5th graders. The 25 kids selected for each camp got a big injection of age-appropriate books, learned many new games, discussed hygiene tips, and made masks and comic books. We hope that many of them will become life-long readers.

In Ghana, our able partner organization CESRUD and its library coordinatorcontinue to manage the three libraries of Sumbrungu, Gowrie-Kunkua, and Sherigu. These libraries regularly receive 30+ visits a day. They are open for night reading, as they are now connected to electricity. Donors this year helped fix the fans (it gets to 110 degrees during the day!). After school reading programs were held in September and are planned for this summer. All three libraries received several hundred new books over the course of the year thanks to support from Biblionef Ghana.

Updates and lots of photos from all three countries are regularly posted to the FAVL blog. 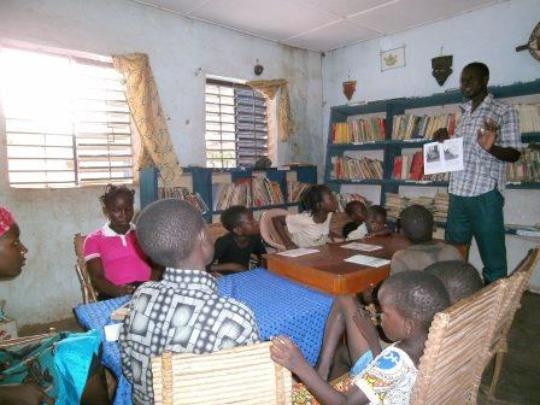 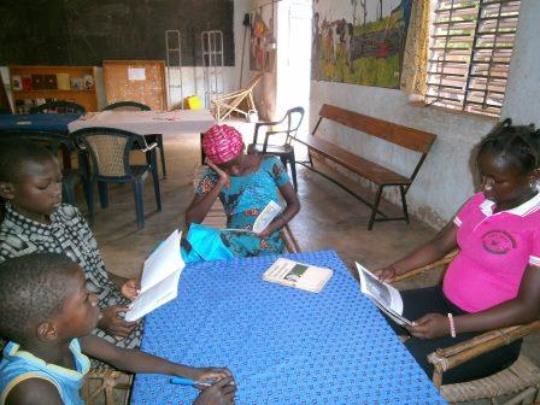 Discussing book in Koumbia library
‹ 1 ... 6 7 8 9 10 11 12 13 ... 34 ›
WARNING: Javascript is currently disabled or is not available in your browser. GlobalGiving makes extensive use of Javascript and will not function properly with Javascript disabled. Please enable Javascript and refresh this page.