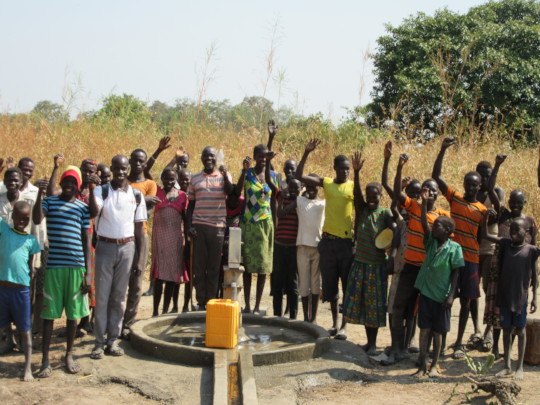 Over the past 15 years, Water for South Sudan has drilled 350 wells, rehabilitation 83 older wells, provided hygiene education training to 239 villages, and for the first time, built a sustainable toilet facility.

WFSS field staff is ready to kick off the 2019 drilling season this month. Our drilling, rehab, and hygiene teams are already hard at work preparing in the field. Our goals for 2019 are to drill up to 40 new wells, rehab up to 50 wells, and provide hygiene training in each village where we work, potentially 90 villages.

In addition to drilling, WFSS is monitoring the Zogolona School sanitation project completed in 2018. Both students and teachers of the Zogolona School have been enjoying uninterrupted school days now that they have a toilet facility. During weekly evaluations, field staff notes the facility is in good condition and kept clean inside and out. The school hygiene team is maintaining hygiene activities at the school and ensuring water and soap are available for handwashing. Because of the facility, the school qualified for monthly food distribution from World Food Program.

Be sure to check out the Forbes article highlighting the story of our founder, Salva Dut. Thank you for supporting WFSS and helping to impact the lives of thousands of people in South Sudan. 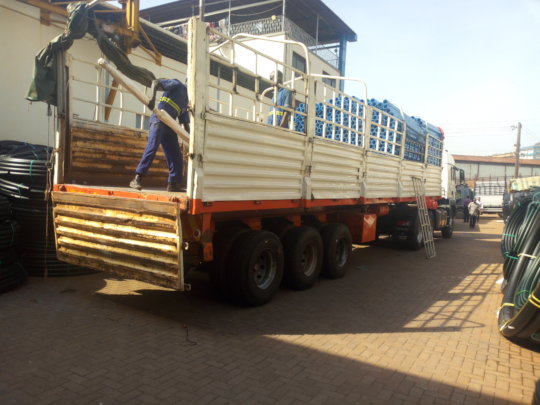 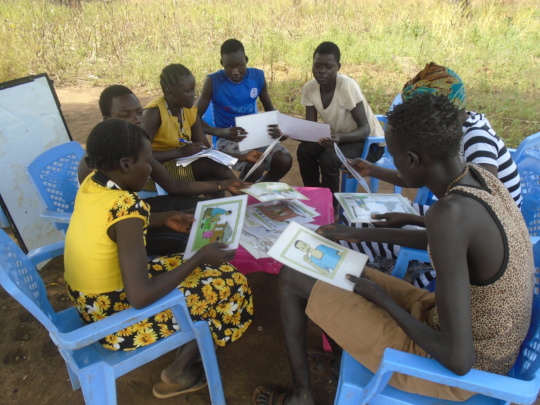 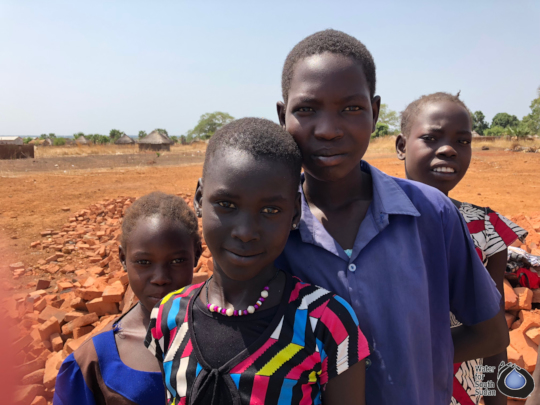 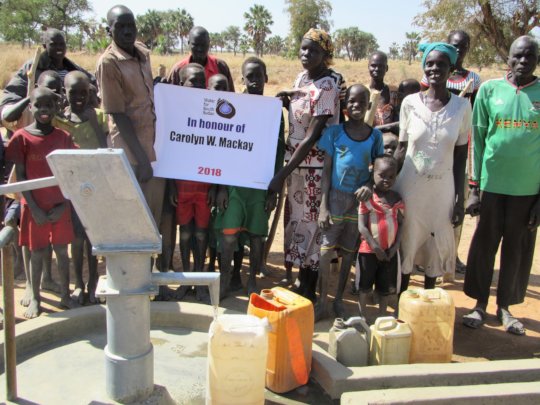 October 3, 2018 marks 15 years since Water for Sudan was founded; in 2011 when South Sudan gained independence the organization's name was changed to Water for South Sudan (WFSS.) Our theme for our 15th anniversary year is Inspired by Water.

Water has inspired artists, musicians, designers, and poets. WFSS Founder Salva Dut was inspired by water when he learned that his father was ill from drinking contaminated water. Salva always knew that he wanted to someday go back home to help his people. Seeing his father led to the realization that water was how. Please join us in celebrating 15 years of accomplishment:

WFSS has been celebrating with monthly blog posts on the 15th Anniversay blog, social media posts, and culminating in events in Rochester, New York and New York City in October. There are links to the blog and events attached to this report. Below are a couple of quotes from the blog:

"People see the opportunity to give back the gift of pure water, a substance without which life can't be sustained, and something we so easily take for granted, and they are called to help." Founding WFSS Board Member John Bevier

"When you meet Salva and hear his story, what he went through and that he thrived, you get a sense that he has a higher purpose in life." Founding WFSS Board member Robin Hill

Without our donors WFSS would not have realized Salva's dream of bringng clean water to his people. Salva thanks you, the WFSS Board of Directors thanks you, and the WFSS staff in the U.S. and South Sudan thank you. 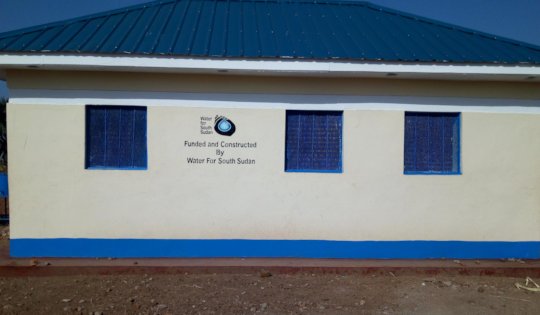 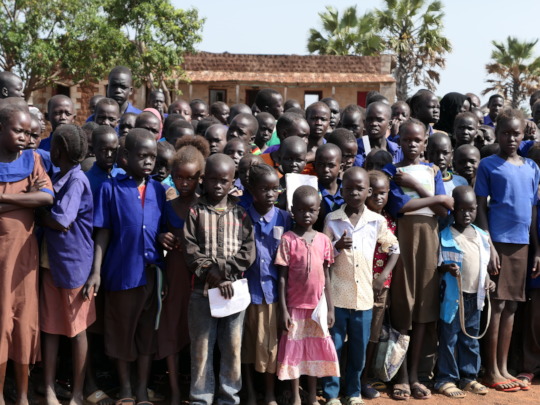 Students at the Zogolona School 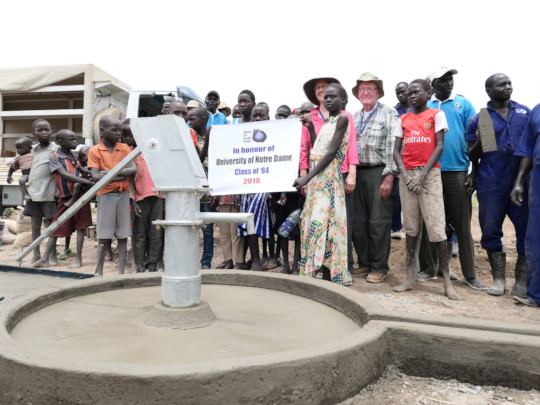 A well sponsored by Notre Dame alumni is dedicated

Water for South Sudan (WFSS) has successfully concluded its 2018 season. In addition to drilling new wells, the season now includes rehabilitating older wells and providing hygiene training in each village where our drilling and rehab teams work.

This season the drilling team installed 40 new wells in villages previously not having access to clean water. The average population of a village is about 650 to 750 people, meaning that this season WFSS is providing 26,000 to 30,000 new people with fresh, safe water.

WFSS launched its rehabilitation team in 2017. The rehab team is going back to our earlier wells to rebuild the cement platforms around the wells. Rehabilitating our older wells ensures that they are sustainable and will continue to provide communities with clean water. This season the rehab team repaired and upgraded 28 older wells. The process to rehab a well is much quicker than drilling a new well. To maximize the efficiency of both teams, the rehab team began the season helping the drilling team to install wells so that they could complete more new wells. The rehab team then broke off to go on their own to villages where older wells were in need of having the cement platforms repaired.

Hygiene training was conducted in all 68 villages where the drilling and rehab teams worked this season. WFSS's hygiene training program uses a "train the trainer" model. In each village eight people - four men and four women - are trained in best hygiene practices and they then go out to teach the rest of the community.

October 3, 2018 marks the 15th anniversary of the founding of WFSS. The first wells were drilled in 2005, hygiene training and well rehabiltation were introduced in 2014 and 2017 respectively. In 2018, WFSS became fully immersed in the water, sanitation, and hygiene (WASH) sector with its first sanitation project - installing latrines at the Zogolona School in Wau which serves about 800 students.

In its first 15 years, WFSS has installed 344 wells, rehabbed 59 wells, provided hygiene training in 226 villages, and constructed one latrine facility. Through these projects WFSS is impacting more than 300,000 lives.

You can Vote for WFSS to become a rated non-profit on Charity Navigator. Thank you! 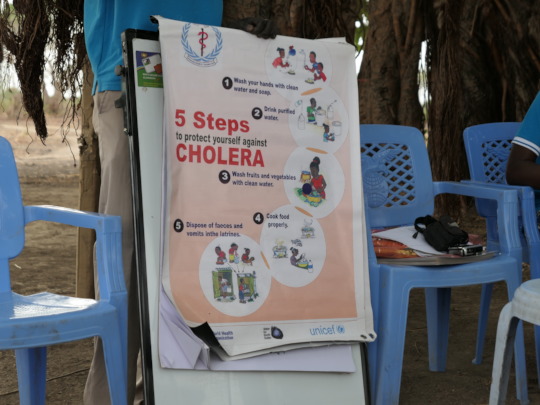 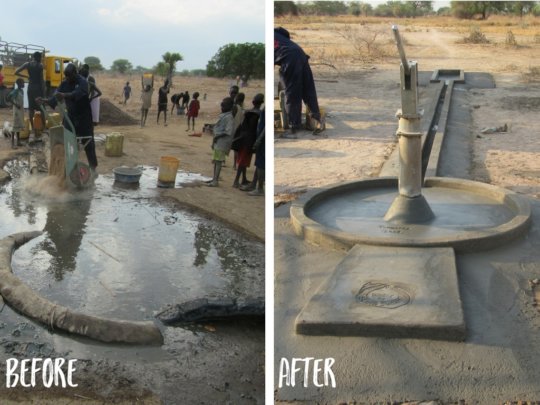 WFSS redesigned the platform around its wells.
‹ 1 2 3 4 5 6 7 8 9 ... 17 ›
WARNING: Javascript is currently disabled or is not available in your browser. GlobalGiving makes extensive use of Javascript and will not function properly with Javascript disabled. Please enable Javascript and refresh this page.