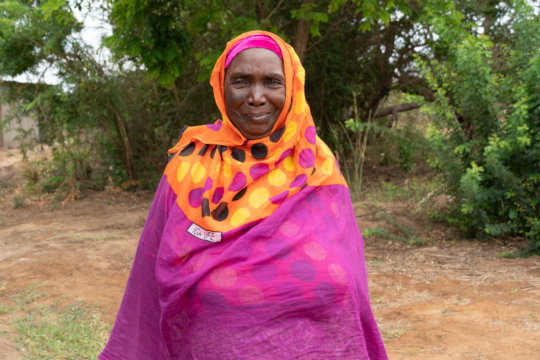 Thank you for your support of land rights work across Africa! As of June 2019, you are joined by 60 other donors and collectively you all have raised $6,278 to support this program. Your donation to this project is helping millions of rural households in Liberia, the DRC, Zimbabwe, and Tanzania get stronger rights to land. With secure rights to land, farmers can make climate-smart investments, communities are better able to resolve land-related conflicts, and families can boost their income by selling extra produce.

In the village of Vilabwa in Tanzania, Asha told us about the importance of land titling for women in her community. After her husband died, Asha’s father-in-law allowed her to stay in her husband’s house. Asha has no documents or title to her land and relies on informal community recognition of her right to live there. But according to customs of the Zaramo tribe, if she remarries she could easily be forced off the land with no legal recourse—she has seen this happen to other women in her village.

In 2017, an electric company cut a mango tree near Asha’s house and it fell on the roof. Now the roof leaks, and while the village ward counselor has promised several times to help repair it, nothing has been done yet. Asha thinks if she had a land title, it would help her escalate the issue and find resolution sooner.

Landesa is working with local partners and the national government in Tanzania and elsewhere to ensure that women like Asha are recognized and respected as land owners.

Updates from Landesa in Africa:

Thank you so much for your support for land rights across Africa. Together, we will continue to champion secure land rights for millions of the world’s poorest women and men, providing opportunity and promoting social justice. For additional updates on our work around the world, please, visit https://www.landesa.org or follow us on social media. 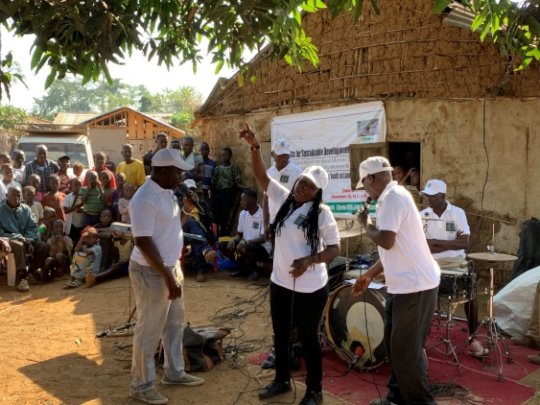 We continue to be humbled by the generous support from individuals like you to help the poorest families in the world gain secure land rights. As of March 1, we have raised over 75% of our $8,000 goal!

In Africa, 2019 is already shaping up to be an important year in the development of land rights. Across the continent, Landesa and our local partners continue to be at the forefront of developing pro-poor and gender-sensitive land governance laws, including the recently passed Liberia Land Rights Act, which returned land to the rural communities who depend on land for their livelihoods.

Lorpa lives in rural Liberia with her family. After her father’s passing, Lorpa inherited property, causing conflict with one of her brothers. Given strong biases toward male inheritance within traditional Liberian culture, Lorpa is unsure of her future on the land and very concerned about how she will provide for her five children. Through community dramas and awareness gatherings presented by Landesa and our local partner, DEN-L, Lorpa and others in the community are learning about land and inheritance rights. Lorpa is optimistic after learning more about the rights of women in her community, and across Liberia, and hopes that increasing awareness will “bring unity to my family so that everyone understands their rights to land.”

The impact of Landesa’s work extends far beyond Lorpa’s village. In other parts of the country, as well as across Africa, Landesa is committed to ensuring all families have secure land rights:

Thank you so much for your support for land rights across Africa. Together, we will continue to champion secure land rights for millions of the world’s poorest women and men, providing opportunity and promoting social justice. For additional updates on our work around the world, please, visit https://www.landesa.org or follow us on social media. 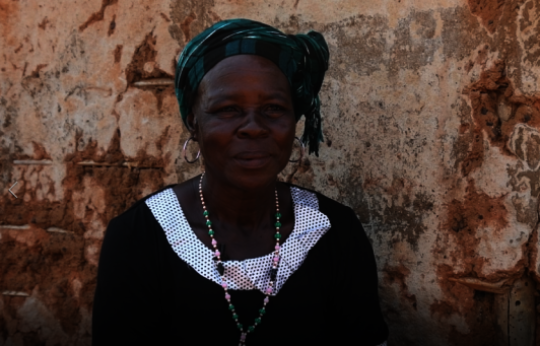 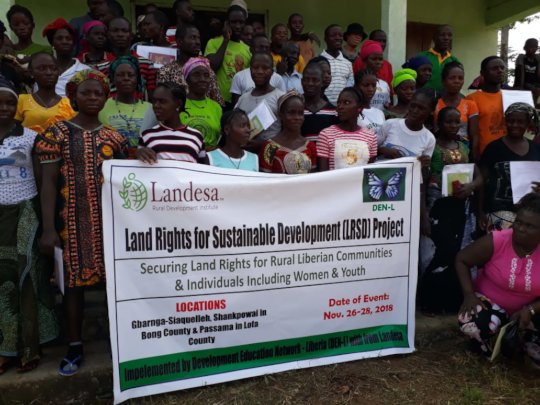 Community members after a training, Liberia

Thank you for your generous support of Landesa’s Global Giving project! Since this project launched, nearly 60 other donors like you have pitched in to raise $3,785 to support land rights work in Africa. It is thanks to the generosity of our supporters that Landesa is able to be a global champion of secure land rights and engage with partners from all parts of society to develop impactful land reform. Over the past three months, our teams in Africa have been busy and we are pleased to share with you some recent accomplishments:

In Liberia, Landesa’s staff celebrated several successes and milestones over the past three months. Chief among these accomplishments was the passage of the Land Rights Act by both houses of the Liberian legislature and subsequent signing into law by President George Weah in September. This bill codifies the direction set by a 2013 policy which included critical inputs from Landesa on customary tenure and women’s land rights. Since September, our team in Liberia has continued to facilitate community trainings, as well as produce a biweekly radio program centered on land rights, which has allowed information to be more easily disseminated to rural communities.

In October, alumni of Landesa’s Visiting Professional Program from sub-Saharan Africa and local women’s land rights practitioners from Tanzania met in Dar es Salaam to enhance existing partnerships, share knowledge, and develop joint advocacy initiatives. This was the second convening for the Women’s Land Rights Network, providing a crucial opportunity for in-person collaboration between women’s land tenure experts from across the continent.

Following the first free elections in nearly 40 years, the government of Zimbabwe has pushed land reform to the top of policy agenda, asking Landesa to provide trainings on land dispute resolution and new land reforms. Landesa is very excited to be working with the Zimbabwe Land Commission to develop pro-poor and gender sensitive policies. Since the project launched in August, Landesa has overseen land administration study tours for Zimbabwean government officials in neighboring countries, and helped draft regulations to facilitate land dispute resolution.

Thank you so much for your support for land rights across Africa. For additional updates on all of Landesa’s projects around the world, please visit https://www.landesa.org or follow us on social media. 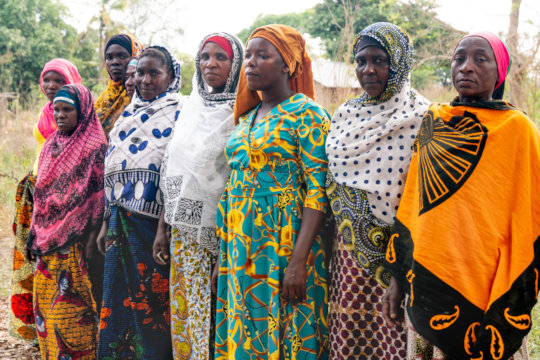 A group of farmers gathered in Kisangire, Tanzania
‹ 1 2
WARNING: Javascript is currently disabled or is not available in your browser. GlobalGiving makes extensive use of Javascript and will not function properly with Javascript disabled. Please enable Javascript and refresh this page.