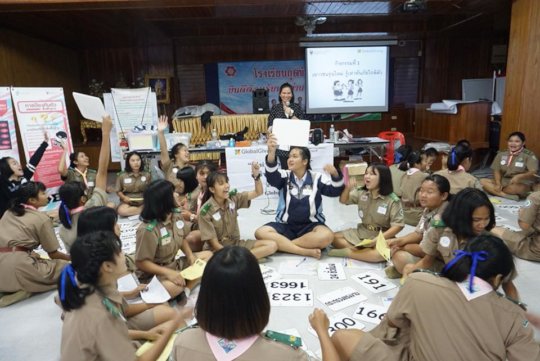 On 5 September 2018, we travelled to Kudkhowpunwittaya School in Ubon Ratchathani province where we conducted the ‘Better Me: Claim your Rights’ Workshop for 41 girls between the ages of 13 and 18. Most of the girls told us post event that they enjoyed the training as they had never experienced anything similar before, adding that working closely in a group with other students, outside of the classroom setting, was immensely satisfying as well.

In our workshop, we provided them with the information and skills they needed to recognise and report crimes against them, avoid dangerous situations, and respond sensibly in times of threat. These knowledge and skills will be useful especially when they move from the village to the capital city for work and find themselves in risky workplaces such as bars, clubs and private homes. The workshop covered the following:

These newly minted graduates of our workshop, plus another 201 we trained previously from four other high schools, bring our grand total of girls trained in the last six months to 241! We still need to reach out to many more and arm them with the knowledge to protect themselves against violence and harassment. Please consider donating to help us reach our goal, we are still some distance away from it! 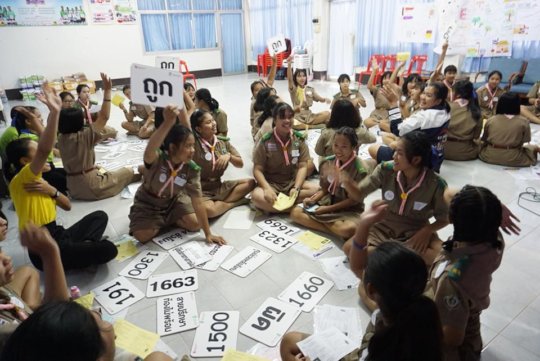 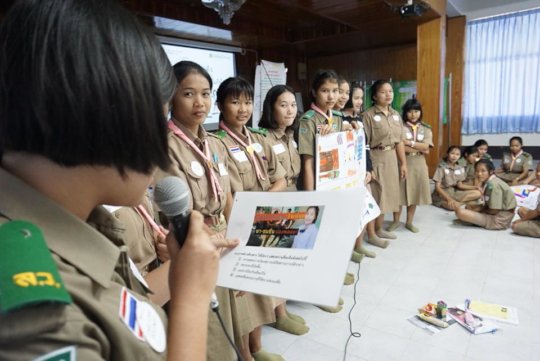 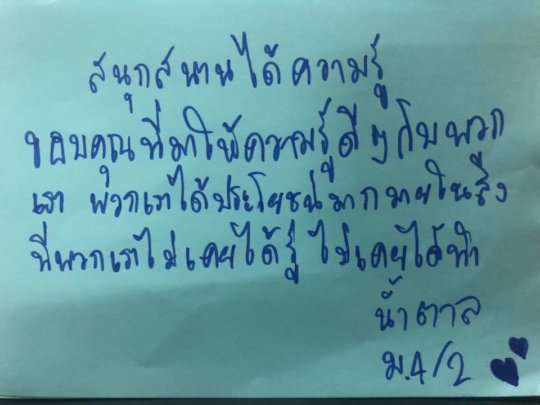 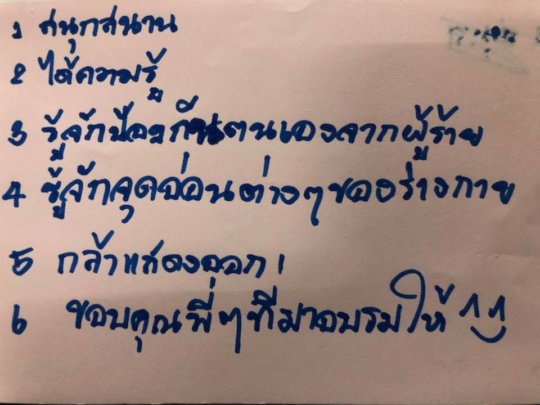 Thanks to the support and donations that we have received since March 2018, we were able to conduct four workshops. Please read on to find out what we have been able to accomplish over the last two months.

On 22 May 2018, the Pratthanadee team travelled to Warinchamrab School in Ubon Ratchathani province. We conducted the ‘Better Me: Claim your Rights’ Workshop for 50 girls between the ages of 13 and 18. In a dipstick poll, we found that 94% of them had experienced violence previously and 78% were not aware of the avenues to get help if they found themselves in danger. For more photos, click here.

In our workshop, we provided the participants with information and skills they needed to recognise and report crimes against them, avoid dangerous situations, and respond sensibly in times of threat. The workshop also covered the following:

After the workshop, the girls said they had gained new knowledge and a better understanding about danger. They added that they were confident of applying what they had learnt if they found themselves in dangerous situations in real life. They also said they knew where to get help should they need it.

As you can see from the students’ sample feedback below (translated from Thai to English), the girls truly found the information and workshop helpful and worthwhile.

These newly trained graduates of our workshop, plus another 151 from three other high schools, bring our grand total of girls trained in the last two months to over 200! And we are not stopping there. We have already inked another workshop with a high school for September.

Please share our success stories with your friends, family, co-workers, and social networks so that we are able to reach out to more girls at risk. Or, consider making a monthly donation to help us reach our goal!

Arming Rural Thai Girls With The Tools To Protect 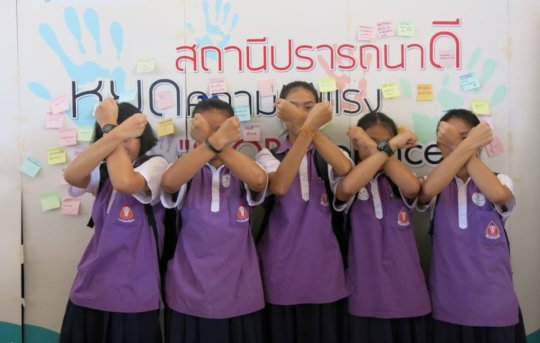 Since July 2017, we have reached over 3,000 high school students through our ‘Better Me: Claim Our Rights’ workshops in Ubon Ratchathani. The objectives of the half-day event are twofold: raise awareness of the rights of girls and women under Thai laws, and arm them with the tools to protect themselves. Our target audience are normally high school girls between the ages of 14 and 18. On some occasions, we have opened it up to boys as well so that they have an understanding of what is acceptable and unacceptable in their interactions with their female school mates.

Over the three-hour session, we cover a lot of ground including identifying risky situations such as sexual harassment, child labour and abuses, dangers on the internet, domestic violence, and human smuggling. We also provide the girls with basic self-defence training, and resources they can tap on in times of trouble.

From our observations, we can tell most of the girls we have trained are acutely unaware of what constitutes sexual abuse and domestic violence. By some of the accounts we have heard, acts that are clearly domestic violence are, in their eyes, normal and tolerable behaviour, even when they were on the receiving end of these abuses. With regard to sexual harassment, almost all did not know there was a continuum of abuse that ranges from physical to mental. And for those who had experienced some form of sexual harassment or abuse, there was a feeling of shame and guilt, and then silence.

It has always been heartening to hear from students that they find our ‘Better Me’ workshop useful and informative as it prepares them before they move to big urban centres such as Bangkok. It is our aim that through awareness raising, these young girls from the northeast of the country will be more prepared to navigate the big urban centres, such as Bangkok, that they tend to migrate to for work after high school. With knowledge of their rights under the law, they will hopefully not find themselves in the same predicament as their predecessors who get trapped in abusive relationships working as undocumented workers in the informal sector in the capital city.

Students’ Feedback: It was a good workshop as I gained new knowledge and learnt basic self-defence. I want to join a similar workshop again.

Our work would not have been possible if not for the multitudes of donors who have supported us through the GlobalGiving platform. A lot more ground needs to be covered though, and we hope you will continue to support us in reaching out to thousands more in rural Thailand. 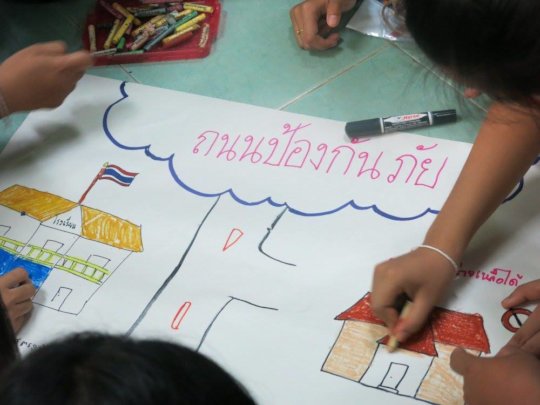 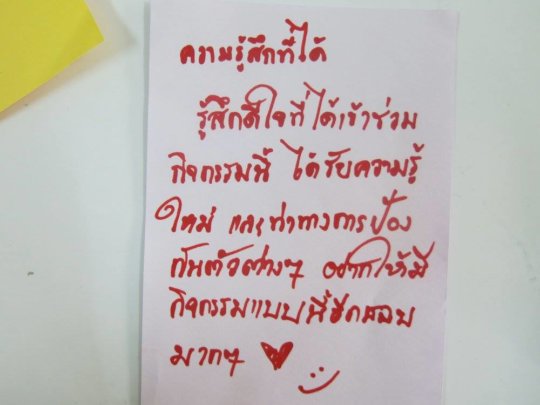 Students' Feedback
‹ 1 2 3 4 5 6 7 8 9 ... 17 ›
WARNING: Javascript is currently disabled or is not available in your browser. GlobalGiving makes extensive use of Javascript and will not function properly with Javascript disabled. Please enable Javascript and refresh this page.