Workshops for tiger specialists and ecologists 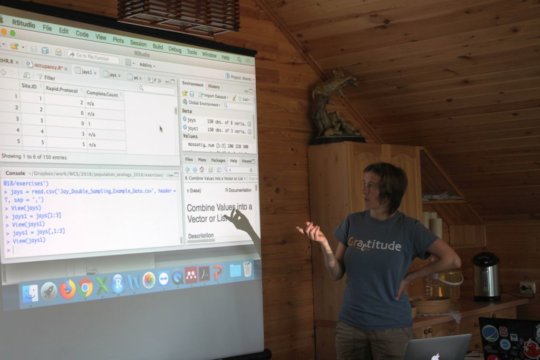 Two workshops for tiger specialists were conducted in Terney during the past two months.

First in several years a workshop on geo-information technology and spatial analysis, ‘intro to gis’, was held in Terney on April 15-21, 2018. Participants spent 7 days working with free software qgis. To make learning efficient, every participant analyzed their own data.

The workshop aimed for beginners as well as advanced users willing to learn new software, new methods and tools of spatial analysis.

During the workshop, participants learned how to work with vector and raster data, create and analyze maps. At the last day, everyone presented an analysis of their own spatial data as a final project of the workshop. With this new knowledge both specialists and students will be able to conduct and process their research data more effectively which will contribute to Amur tiger conservation and conservation of its prey species.

'How many individuals are out there?' that is a question which is often asked by researchers and public. However, it is a very challenging task to obtain realistic estimates of population density. We discussed transect and plot surveys, methods of capture-recapture, spatially-explicit methods, and survey of animals when individuals are not recognized. For rare and elusive species, such as Amur tiger, occupancy analysis was introduced.

Population growth rate – one more important parameter which conservationists and ecologists often analyze. To answer questions about population trends, attendees learned how to conduct population viability analysis. It was great to see that every participant was eager to learn challenging math and various models necessary to conduct PVA. All exercises were done with programming language R.

Our belief is that education of scientists and future ecologists is extremely important to ensure the survival of rare Amur tigers because knowledge of the species and their ecology is crucial for their conservation. We want to thank all donors for supporting this project! 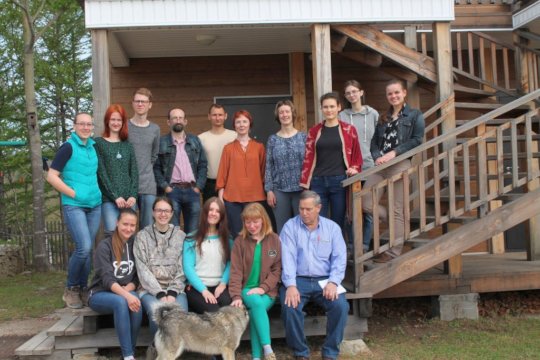 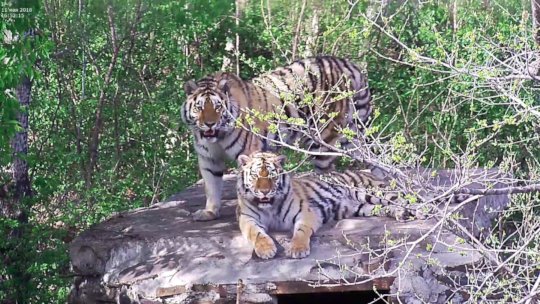 On May 12, two Amur tigers, Saikhan and Lazovka, who underwent rehabilitation at the Tiger Rehabilitation Centre in Alekseevka were transported to a temporary open-air enclosure built for them in the Jewish Autonomous Region taiga. A week later the enclosure was opened remotely. On the evening of May 19th, tigress from Lazo was the first to leave the cage and went east, and Saikhan ran out on the morning of 20 May and headed to the west.

The couple is ready for independent life in the wild. During rehabilitation, the tigers acquired hunting skills and learned to stay away from humans. They now have all the necessary skills to live in the wild on their own. We all look forward to witness their future life. The more we observe big cats’ reintroduction the more surprised we are. In this new experiment we are excited to see if Saikhan and Lazovka will stay together, and we will keep you posted on their moves and news.

Before the release there already was a stable group of 11 Amur tigers in the Jewish Autonomous Region. The prey supply, minimal human impact, good anti-poaching protection contribute to the success in settling Amur tigers in the region.

Thank you for supporting our project and your personal contribution reintroduction of Amur tigers to the northwestern part of their historical habitat! 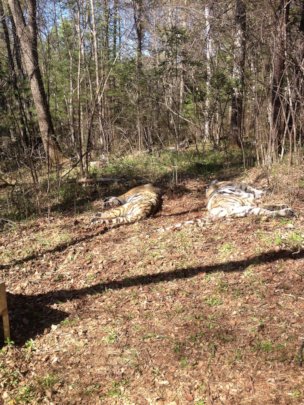 Tiger mother and daughters were reunited in rehab 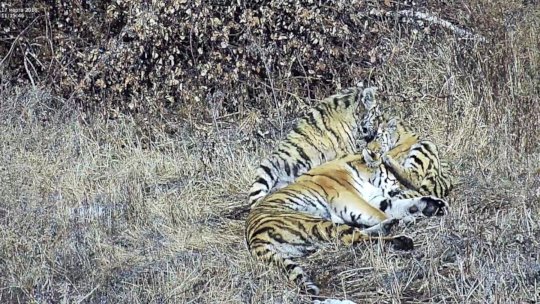 On March 8, specialists of the Hunting Management Department caught two female tiger cubs. Their mother hunted dogs near the village of Alexey-Nikolskoye in the Ussuriisk district and was captured in early February. Both cubs aged about seven months, look healthy. After the capture, they were immobilized and sent to the Rehabilitation Centre and are now living in a separate enclosure from the mother-tigress.

When local villagers reported on a conflict tigress that preyed on dogs the specialists immediately went to the scene to capture it. Examination of the tigress showed that most probably she had cubs that are less than a year old and the mother was searching for the food at the village to feed them. For several days continued the capture of little tigers and was no easy. And after all the tiger family was reunited at the rehab. Until today the cubs were kept at a separate quarantine enclosure and the specialists waited for test results to make sure their mother wasn’t ill.

The good news came from the laboratory – the tigress has no disease and the cubs were transferred to her enclosure!

If all goes well the tigress and her cubs will be released into the wild in May. We keep our fingers crossed and as always keep on supporting the Rehabilitation Center financially thanks to your support! 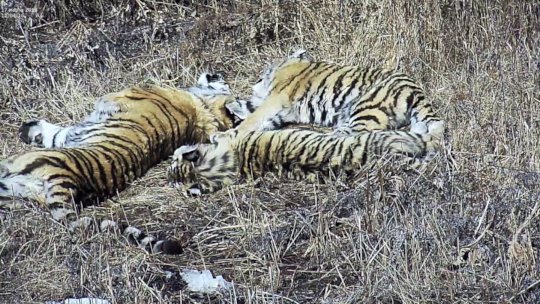 (c) PRNCO "Tiger "Centre"
‹ 1 ... 7 8 9 10 11 12 13 14 ... 45 ›
WARNING: Javascript is currently disabled or is not available in your browser. GlobalGiving makes extensive use of Javascript and will not function properly with Javascript disabled. Please enable Javascript and refresh this page.