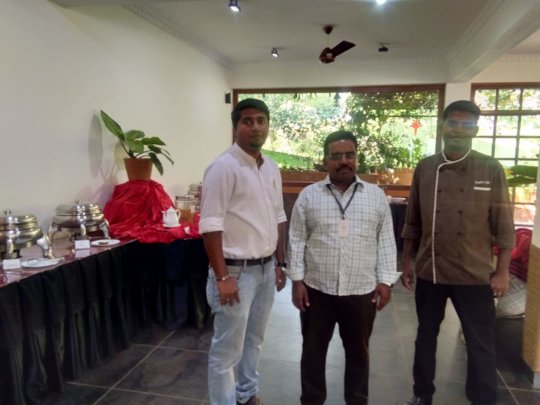 Your contribution to our project through GlobalGiving has a huge impact on the educational support for the rural youth of our locality at large. We see this as a new beginning and believe more progress is possible which upshots a future full of promise and hope.

We take this wonderful opportunity to sincerely thank you for your continued support in this project .Your kindness and generosity has enabled to reach out to the students who are in need of our help.

Manivasagam’s father passed away when he was 3 years old. His mother is working as a coolie labour for a daily wages. . His sister is in grade 9. His mother is the breadwinner of the family. Due to financial shortcomes, Manivasagam was demanded for early employment to support the family. In spite of their hardships his mother was interested in educating her kids.

Dinesh’s father is milk vendor and having small barren land in his own village. His father is the breadwinner of the family. His elder sister married with support of his father’s hard earned money. The family lost their elder son in a road accident.

After completing his schooling, he came to know about the Hospitality courses and he enrolled himself. During his study period, he was provided with free lunch, travel, study material and accident insurance with support of Global Giving donors. He is known in the internship programme in Bangalore.

Children whose parents are living with HIV/AIDS have reduced household income combined with increased expenses , which push the families into poverty consequently having less outcomes for children in terms of nutrition , education and health status.

Because of Nutritional support to the targeted group in the region, enabling environment by the way of increasing CD4 count and best immunity power are ensured to such children. Due to change in physical and psychological recovery, children’s schooling is very comfort by avoiding dropouts. Care and Support of care givers i.e might be parents or Grandparents, is well tuned up with motivation boost up.

Deepika (name changed) is 11 years old and studying 6th standard , her family resides in the Adi Dravidar colony. Her father after becoming infected with HIV/AIDS and has been undergoing the Anti Retro Viral Therapy for the last few years. She too is under ART regimen for the last one year. Deepika belongs to the community of Schedule caste which is considered the lowest and untouchables in the Hindu caste hierarchy.

The exclusion of the community and individuals belonging the considered to be low is not very rigid in the urban centres. But in the rural belts like the region where Deepika’s family reside, the rigidity on caste system is still very much prevalent. When already being forced to be in a socially excluded life deprived of many rights, living with HIV/AIDS is terribly added burden.

Under the circumstances, the help that is being provided to Deepika is considered as a Panacea by her parents. Hence they say they will be able to bring up Deepika as a healthy girl with the nutritional supplements regularly provided with the support of donors, even if they find it feed her for days due to unemployment. They thank the donors and GlobalGiving for the same.

Sophia (name changed)is studying Grade XII in Government Hr. Sec. School, Paithamparai. Her father had contracted the infection when he was working as a daily wage labourer in bore well excavation work, passing the infection to his wife also. Both of them are regular with the consumption of the ART medicines from the day they are aware of the infection. Due to this cause, he was removed from his job, and currently he is working as a farm labourer together with his wife and rears cattle when there are failed monsoons. However this income was insufficient to support a family of five. Situations have worsened as the infection they acquired is messing up their health condition day by day. They are unable to go for work on a continuous scale.

However the income they earned was insufficient to feed and educate their children. They were unable to provide them with healthy and nutritious food. They live in a hut and avail the rations that are provided by the Govt. at cheaper rates. Sophia has two sisters studying Grade V and studying Grade X in Panchayat Union Middle.

“Now with the help of this support, I’m glad to see them consuming nutritious food for the entire month”, remarks Ms. Rani (name changed). 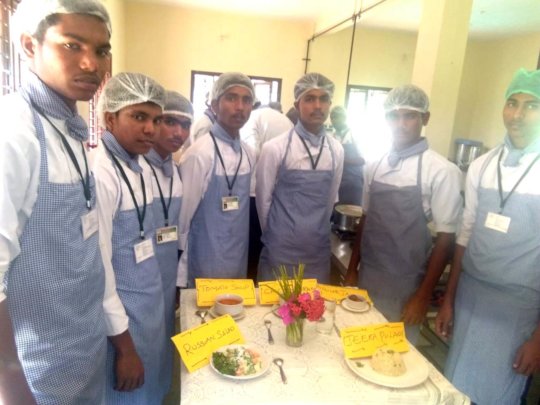 Thanks to the generous people who believe our project is progressing positively and for helping out our youth in grading themselves as skilled trainees.

Rural and Semi urban Youth communities, after completion of their school final they tend to go for labour work or any other daily wage work. Due to our intervention among the youth communities about skill education programme and acquiring employable skill development, they are intended to go for skill and vocational education.

Besides, SPPD implements Noon Lunch aid to the campus students who are hailing from rural and semi urban areas, with support of “Global Giving”. Travelling Allowance is also being provided to the students. These kinds of support would help them to avoid regular attendance with any dropouts and will lead them for good settlement in the right employment.

Mr.Sanjaykumar’s father was expired due to illness and his mother leads the family for their bread and children study through daily wage work in Groundnut processing factory. The poorest family having a dream on Mr.P.Sanjay Kumar to rescue from the jeopardized situation.

He joined the two year diploma course in Hospitality. The main reason why, he has joined in the course to earn instant remuneration after completion of the course, since it is meant for highly job oriented and skill diploma course. Besides, job opportunities are plenty in the Hospitality industry. The way he learn will escalate to the immediate next level i.e, he will be able to support for his family survival of the fittest.

He was provided with free Food (lunch), travel fare, Uniform, Identity card which reduced the burden of the family and helped to continue his education without difficulties. With continuous training and of more practical learning he gained confidence.

We seek your support to fulfill the dreams of such youth and provide them with an opportunity for a better life. 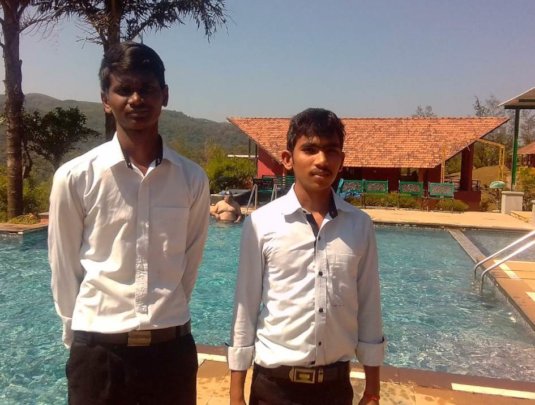 ‹ 1 ... 5 6 7 8 9 10 11 12 ... 27 ›
WARNING: Javascript is currently disabled or is not available in your browser. GlobalGiving makes extensive use of Javascript and will not function properly with Javascript disabled. Please enable Javascript and refresh this page.