2019 is proving to be a busy year for us all and with your continuing support our disaster response teams are active across the world.

As I write our advance teams are on the ground in Mozambique responding to the stricken communities affected by Cyclone Idai. It is regarded as one of the worst tropical cyclones on record The long-lived storm caused catastrophic damage in multiple nations, leaving more than 700 people dead and hundreds more missing.

The President of Mozambique stated that more than 1,000 people may have died in the storm. A major humanitarian crisis has unfolded in the wake of the cyclone, with hundreds of thousands of people in urgent need of assistance across Mozambique and the region. Our teams are preparing to provide clean water to communities currently with no access in a rapidly worsening humanitarian crisis.

None of this activity would be possible without you - and we thank you for your continuing support. 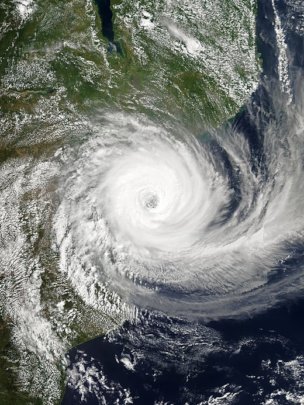 Looking into 2019 we remain focused on building preparedness and resilience capacity across the region and continuing to work with local partners.

Team Rubicon UK is continuing its direct support through the team based in the BVIs and working alongside NGOs and local authorities there.

Further afield and in partnership with our partners at BIDMC we are supporting the American University of the Caribbean with their disaster medicine and hurricane resilience initiatives.

Working with Emergency Managers from the islands about NGO coordination, capabilities and providing insights on pre-planning, along with field experiences. With a focus on providing EM's real-world experiences in responding to disasters globally and if properly planned, how coordinating NGO's can be most efficient in getting to recovery quicker.

By providing insights & experiences to the Emergency Managers of the region, Team Rubicon Global, along with our partners, continues to be involved in the region. In addition, with our involvement in the International Conference on Disaster Medicine & Hurricane Resiliency Conference; the Emergency Managers of the Islands will be better prepared for this years hurricane season.

Thank you for continuing support to TR and our Disaster Response Fund. This project provides direct funding to the TR network of disaster response volunteers to enable operations to be be planned and launched rapidly to help those communities most in need in the wake of natural disaster.

This past few months has seen alot of activity in the Asia-Pacific region with deployments to the region in response to Earthquakes, Tsunami and flooding caused by record rainfalls.

Without your support this simply would not be possible - and looking into 2019 we will likely be busier than ever. I have detailed below an extract form the report of the recent TR operation following the Earthquake and Tsunami in Indonesia as an example of the amazing work being done around the world:

"On Friday 28th September the Indonesian island of Sulawesi was struck by the combined force of a 7.4 magnitude earthquake and tsunami, with catastrophic repercussions for the city of Palu and the surrounding areas. The disaster decimated the population, killing over 2,101 people, with a further 1,084 missing and many more displaced. The region was subsequently affected by aftershocks, landslides, soil liquification

By building strong alliances with these key partners, Team Rubicon became one of the few NGOs formally invited by the Indonesian authorities to assist with the response in Sulawesi and quickly began providing drone support in Palu to assist assessments and search and rescue operations. Team Rubicon’s drone support mapped an area equivalent to 1,400 football pitches with 42 drone missions covering the most devastated areas. We were able to identify 2,223 destroyed homes and quickly share the information gathered with the BNPB to inform their response. This important work enabled officials to map out the true extent of the destruction, and our team’s presentation provided invaluable insight to brief the United Nations Secretary General on the extent of the crisis.

Our next priority was to equip and train our local NGO partners on specialist water purification equipment to deliver clean, safe water to displaced survivors in internally displaced persons (IDP) camps. Access to water and hygiene in the camps was poor, and many survivors were existing on just half a cup a day - perfect breeding conditions for killer diseases such as cholera and dysentery. Having overcome what many multinational INGO’s were describing as impossible ‘red tape’, within nine days of arriving in Jakarta TRUK had agreed an MOU with our partner APAD and secured official permission to import water purification equipment to Palu.
Tireless and important negotiating by our representative in Jakarta enabled our team to work with Indonesian NGO ACT, providing clean water to several IDP camps in need in the areas surrounding Palu. Thanks to the relentless dedication of our ‘Greyshirt’ volunteers , supported by our UK Mission Hub, we successfully imported six water purifiers for the region with 12 lifestraw kits courtesy of Team Rubicon Global.

Our expert team delivered water to some of the most remote and worst affected communities, previously unreached by aid. To date we have delivered over 186,750 litres of clean, safe water for families who were in a life limiting situation. 12,230 survivors now have daily access to clean, safe water thanks to our intervention. We conducted Water, Sanitation and Hygiene (WASH) training for ten local ACT volunteers and 30 locals who will ensure the ongoing delivery of clean, safe water.
The Vice President of ACT praised Team Rubicon’s contribution to their disaster response: “Working with Team Rubicon United Kingdom has allowed ACT to expand its relief effort providing clean water to remote communities affected by the earthquake and tsunami that struck Central Sulawesi. Team Rubicon's ability to work collaboratively alongside ACT volunteers and staff in very demanding conditions has ensured that our aid has reached communities that have not received help since the earthquake in September.”

Over the course of Operation Palu, ten representatives of Team Rubicon UK deployed to Indonesia. They conducted 88 meetings to address need and action response and undertook 32 impact assessments to find the most urgent and advisable locations for the water purification units.
Reflecting on the operation, Operations Response Manager Paul Taylor said:

“This has been a challenging operation but the videos the team sent back from Palu of the locals drinking clean water have made all the long days and nights worthwhile and are a worthy testament to the tenacity and commitment of our volunteers – and to the fact that forging enduring relationships with local humanitarians and the affected population can help to deliver a successful outcome.”

Testament to the trusted relationships we have established through this operation, key Indonesian Government departments and local humanitarian charities have expressed a keen interest in continuing to work together. We are currently in discussions over providing disaster capacity training, mapping and mitigation, making us the ‘go to’ provider for further support and putting us in an even better position to help the people of Indonesia as and when disaster strikes again."

Thank you for your support. We are so very grateful. 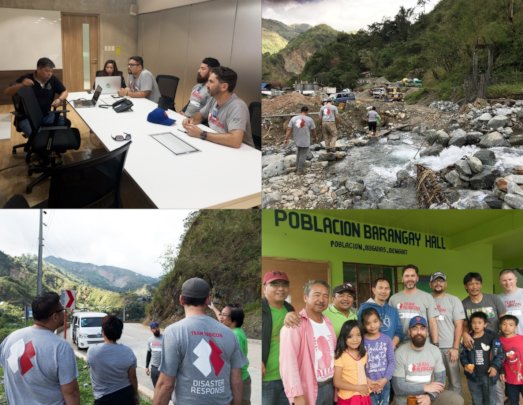 TR_Philippines
‹ 1 2 3 4 5 6 7 8 ›
WARNING: Javascript is currently disabled or is not available in your browser. GlobalGiving makes extensive use of Javascript and will not function properly with Javascript disabled. Please enable Javascript and refresh this page.