Jenuka is a Cub Reporter! 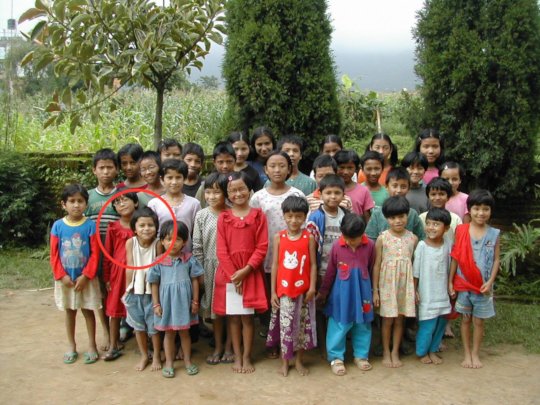 Jenuka was about three in this early photo.

Jenuka and her sister Menuka were two of our very first Ama Ghar children. They lost their family as the result of an accident and came to Ama Ghar with the first group of children in 2001, when Jenuka was only two years old. She was a beautiful, lively little girl who was carefully watched over by her older sister and grew up with lots of hugs and attention from her older Ama Ghar siblings.

Since she was a tiny girl, Jenuka has loved to dance, and her bubbly personality made her popular with her peers as well as her brothers and sisters. She also enjoyed expressing herself through writing, but she was never very serious about school. In fact, we worried that she would not show sufficient academic achievement to move on to higher education.

Jenuka's teenage years were exactly as you might expect for a beautiful, bubbly, dancing, non-academic teenage girl, testing her boundaries at every turn. But after she turned 18, she appeared to have an epiphany - she loved to write and she began using her writing skills more and more. In fact, she even wrote a blog that appeared on the Ama Ghar website when we had an internal "blog competition." Ultimately, she found her calling and decided that she wanted to become a writer.

We are very proud to announce that Jenuka not only passed all her exams to enter higher education, but she has received a scholarship from the Bo M. Karlsson Foundation to study journalism. At 20, she is currently in her second year of a Bachelor's in Journalism and has been writing articles for both digital and print publications in addition to her college assignments. And she stil loves to dance!

Just like the family of any teenage girl, our staff has breathed a sigh of relief - once again, our mission of providing these children with family love, education, support and mentorship has paid off, and we see a bright future ahead. That future would not be possible without help from you, our Ama Ghar family - thank you. 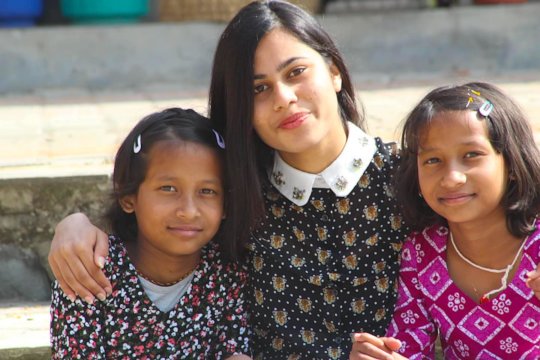 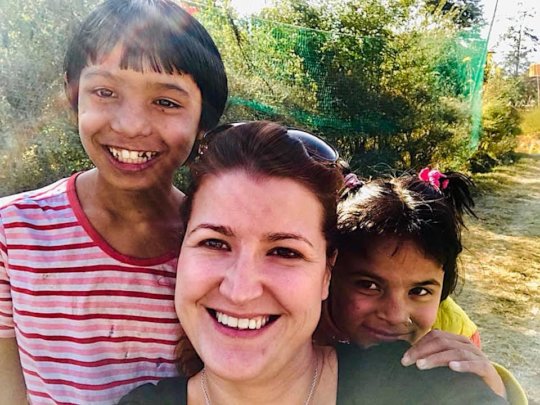 When our little Saraswoti came to Ama Ghar as a result of the 2015 earthquakes, we were concerned about her. She seemed to have not only the PTSD symptoms that many of our children have when they arrive, but also some possible learning disabilities.

She was a bit shy and seemed comfortable mostly when she was around our Ama Ghar dogs, Tika, Siddhi, Jordi and JuJu. Interestingly, Siddhi, who has only three legs, is an earthquake survivor, too - so perhaps they have a special bond. Saraswoti spent so much time with them, we began to call them the Ama Ghar "Dog Whisperer".

Whether it was the support of her Ama Ghar family, her rapport with the dogs, the counseling she has received or all of those things - Saraswoti's progress in the last year has been amazing. Here's a quote from one of our Ama Ghar visitors about her:

"Cautious and hesitant a year ago, this year, she has truly grown and blossomed into a outgoing, smiley girl who even led all the children in dance routines. She has a wonderful affinity with dogs and Tikka, Jordi, Siddhi and Juju all adore her. We were thrilled to hear that Saraswoti did particularly well in her exams and is making excellent progress."

We are thrilled about this, too - Saraswoti, who is named for the goddess of knowledge and learning - is taking charge of her own education as well. As with all of our children, our goal is for her to grow up to be a happy, healthy, self-supporting adult. Thank you for supporting us in that mission. 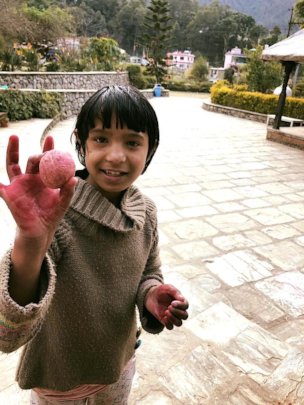 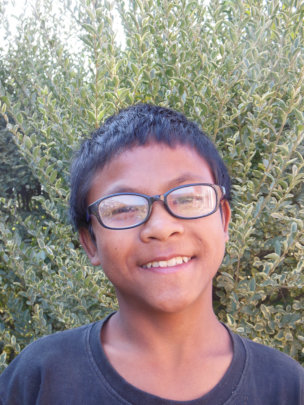 The world has opened up for Bishal, who came to Ama Ghar after the earthquake.

He suffers from glaucoma and was having difficulty seeing when he arrived. He was quiet and somewhat withdrawn, which wasn't surprising - he was surrounded by his rambunctious Ama Ghar brothers, who love to play sports and Legos, but he couldn't participate. Even though all the other Ama Ghar children and staff were supportive and loving, he had only a fuzzy, out of focus version of his new place in the world.

Since his arrival, Bishal has had two operations and now has a new pair of glasses. He gets special help with his homework so that he can keep up with the rest of his class. He's still a bit quiet compared to his brothers, but we have discovered that he has an impish grin and a great sense of humor. He's starting to take an interest in playing the guitar and happily joins in with our daily Taekwondo classes.

Bishal is a great example of the success of our Ama Ghar mission: to give these displaced children a childhood and a future. We couldn't do it without you - thanks for helping Bishal and his brothers and sisters to see a whole new world.