A New Discovery: The Brain Has a Drain 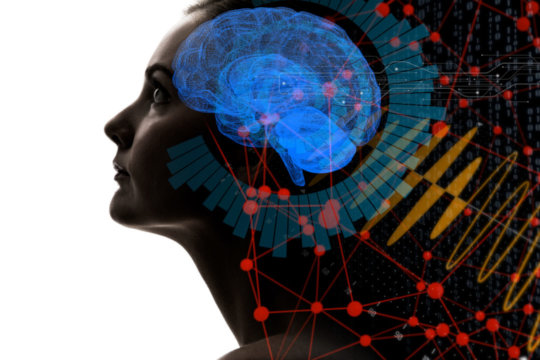 In healthy humans, the cerebrospinal fluid (CSF) is renewed approximately four times a day. In aging adults, impaired function of lymphatic vessels in the meninges can lead to accelerated accumulation of toxic amyloid beta protein in the brain. The meninges are made up of membranes that line the skull in order to protect the brain and spinal cord. The existence of these lymphatic vessels in the meninges was first mentioned toward the end of the 18th century, but it took more than 200 years for the hypothesis to be confirmed using state of the art imaging technology in the laboratory of Dr. Jonathan (Jony) Kipnis.

In the 30th Anniversary Issue of Neuron, Dr. Kipnis, along with his collaborators Drs. Sandro Da Mesquita and Zhongxiao Fu, put forth their perspective on the relevance of the meningeal lymphatic system for cerebral spinal fluid drainage, aging-associated brain dysfunction, and amyloid beta clearance in Alzheimer’s disease.

This research has challenged the conventional model for how cerebral spinal fluid remains in equilibrium. The existence of these lymphatic vessels in the meninges took a long time to confirm as this finding does not fit the previously prevailing hypothesis that the central nervous system has no direct contact with the immune system.

One of the keys to cracking the case of whether or not lymphatic vessels exist in the meninges of the central nervous system was confirming that these vessels expressed the same markers as other lymphatic cells, specifically lymphatic endothelial cells. The other requirement for confirmation was determining that these lymphatic vessels could efficiently drain both molecules and immune cells from a region of the brain called the subarachnoid space into lymph nodes.

The traditional model for how the cerebrospinal fluid drained was directly challenged when the scientists injected molecular tracers into the CSF and demonstrated that the drainage occurred through the lymphatic vessels – demonstrating a new route for clearing molecules from the brain. The presence of a “brain drain” is critical for maintaining intracranial pressure and removal of waste. The protein concentration of the CSF increases with aging and has been shown to be even higher in patients with age-associated dementia.

Meningeal lymphatic vessels are evolutionarily conserved and have been reported in fish, rats, non-human primates, and humans. A critical question that remains is whether the network of lymphatic vessels increases in complexity in humans with their more complicated cognitive behaviors and more convoluted brains. 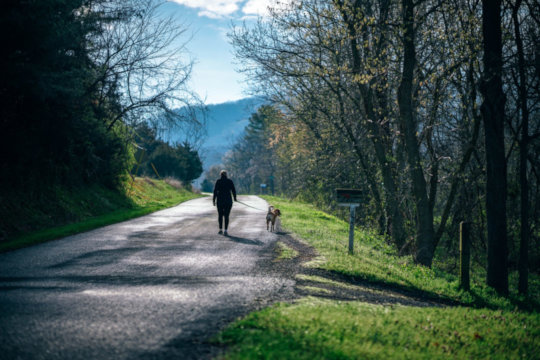 Imagine a future where the beneficial effects of exercise could be recreated in a brain ravaged by the cell loss, plaques, and tangles associated with Alzheimer’s disease. To this end, it would be crucial to first determine the biochemical changes that could improve memory in a brain experiencing the early stages of dementia. Drs. Rudy Tanzi, Se Hoon Choi, and their colleagues—whose research has just been published in Science—recently took a major step toward fulfilling this goal. The group uncovered how exercise and neurogenesis work collaboratively to enhance the likelihood that new neurons will survive to play a role in protecting against cognitive decline.

Alzheimer’s disease (AD) pathology destroys neurons and synapses in the brain, leading to dementia. The brain generates new neurons throughout life in the hippocampus, a process called adult hippocampal neurogenesis (AHN). Choi et al. found that blocking AHN exacerbated cognitive impairment in an AD mouse model (see the Perspective by Spires-Jones and Ritchie). Inducing neurogenesis alone did not improve cognition in AD mice, whereas inducing neurogenesis while simultaneously ameliorating the neuronal environment via exercise did. The use of genetic or pharmacological treatments that simultaneously induced neurogenesis and increased levels of brain-derived neurotrophic factor (BDNF) mimicked the benefits of exercise on cognition. Thus, inducing both neurogenesis and providing BDNF may be useful as an AD therapeutic.

THE (R)EVOLUTION OF ALZHEIMER'S IN A DISH

For decades, researchers have studied Alzheimer’s disease searching for the causes that lead to the pathology and the eventual breakdown in cognitive ability for those who are affected. Replicating the disease in the lab was extraordinarily difficult using standard laboratory models.

Through a grant provided in 2014 by Cure Alzheimer’s Fund, Rudolph Tanzi, Ph.D., and Doo Yeon Kim, Ph.D., of Massachusetts General Hospital created a new model called Alzheimer’s in a Dish.

“Previous attempts at growing human brain cells in the lab and inducing them to form the plaques and tangles characteristic of Alzheimer’s disease were performed in a two-dimensional Petri dish system. And, in this flat, 2-D environment, plaques and tangles simply didn’t appear,” said Dr. Francis Collins, director of the National Institutes of Health and leader of the Human Genome Project, in a 2014 blog post.\

Kim had suggested growing human neural stem cells in a gel medium. The gel system allowed the cells to grow in a more natural 3-dimensional form.

This discovery caught the attention of researchers as well as the science media. In an October 2014 story, The New York Times wrote, “For the first time, and to the astonishment of many of their colleagues, researchers created what they call Alzheimer’s in a Dish—a petri dish with human brain cells that develop the telltale structures of Alzheimer’s disease. In doing so, they resolved a longstanding problem of how to study Alzheimer’s and search for drugs to treat it; the best they had until now were mice that developed an imperfect form of the disease.”

The article went on. “Of course, a petri dish is not a brain, and the petri dish system lacks certain crucial components, like immune system cells, that appear to contribute to the devastation once Alzheimer’s gets started. But it allows researchers to quickly, cheaply, and easily test drugs that might stop the process in the first place.”

For their work, Tanzi and Kim received the Smithsonian Ingenuity Award.

Now Tanzi and Kim, and Hansang Cho, Ph.D., of the University of North Carolina, Charlotte, have taken the model to a new and more comprehensive dimension.

Tanzi explains, “Our original ‘Alzheimer’s in a Dish’ system recapitulated the plaques and tangles typically seen in the brains of patients with Alzheimer’s disease, but did not induce neuroinflammation. Studies have shown that we can have many plaques and tangles in our brains with no symptoms, but when neuroinflammation kicks in, exponentially more neurons die and cognitive impairment leading to dementia is induced. A complete model of Alzheimer’s pathology needs to incorporate that ‘third leg of the stool.’”

Newsweek reported on the advancements in its August 2018 edition.

“This set-up provided an effective environment for the researchers to model the kind of neuroinflammation seen in Alzheimer’s using human brain stem cells that had been modified to have a genetic disposition to the disease. Promisingly, with the help of their model, the team found that by blocking two receptors in microglial cells—glial cells that function as nervous system cells—they could prevent neuroinflammation, opening up new opportunities for the discovery of novel drugs.”