New studies in France, Greece & Sweden - all possible thanks to you! 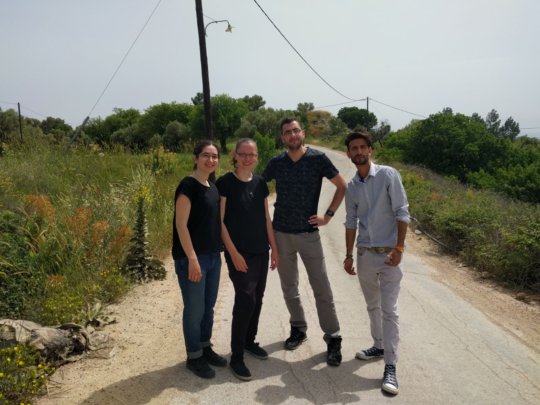 Our field researchers in action in Chios, Greece

Over the past few months, Refugee Rights Data Project has continued it field research across Europe. As you know, our aim is to investigate and document the situation of refugees, focusing specifically on human rights infringements and unmet humanitiarian standards.

Thanks to the support from people like yourself, we have been able to conduct first-hand field studies in northern France, where children and youth are sleeping rough and facing health issues, police violence and far-right abuse on a daily basis. The report 'Six Months On' can be found here:

We have also been able to research the situation in Chios, Greece, where our native-speaking researchers interviewed men, women and youth who have fled war torn places such as Afghanistan, Iraq and Syria. The report is currently being drafted and will be shared with you through our next project report, or via our website.

Lastly, we were able to respond to a call from asylum seekers in Sweden, who were facing specific challenges in an otherwise relatively favourable environment.

In other news, we will be sharing a summary of our research findings across Europe at Amnesty International's headquarters later this month, with keynote speakers discussing children and young adults in Calais and what can be done to address their situation. Please don't hesitate to get in touch if you would like to join us.

We've also been working with a UK-based partner in schools to raise awareness of what refugee children and youth face in Europe. We're hoping to do more of this work in the coming months.

Once again, your support means so much to us. It is thanks to people like you that we are able to continue documenting the situation of refugees and displaced people, and call for sustainable action to uphold their human rights. Our research moreover helps inform the wider public about refugees, their asiprations and agency, which we hope will help de-polarise conversations and bridge gaps between 'us' and 'them.'

Thank you again, and have a lovely rest of the week! 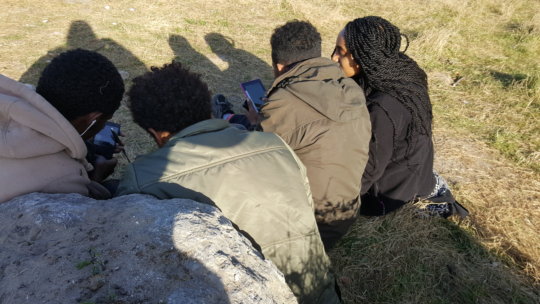 Conducting interviews with youth in Calais 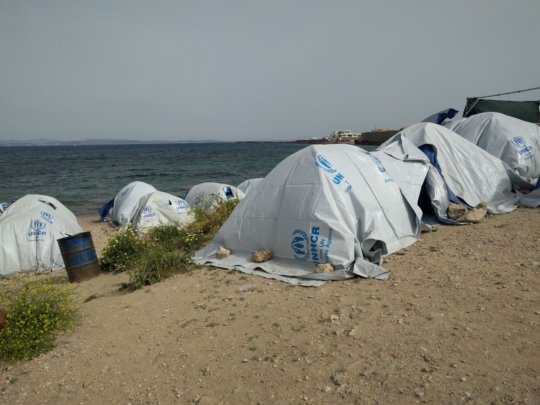 Our latest report: Refugees in Paris 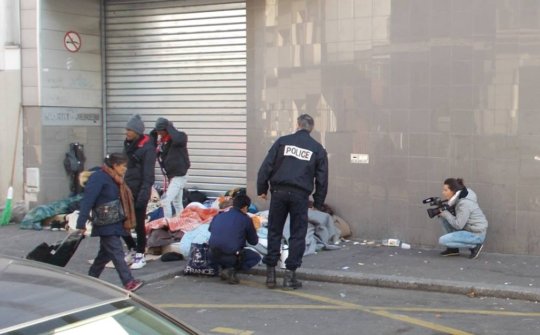 Refugees and displaced people in Paris

Thanks to the generous donations from supporters like yourself, the Refugee Rights Data Project has been able to continue its work over the past few months.

In January, a number of our peer organisations who work relentlessly to provide food and blankets to refugees in Paris alerted us of the rapidly deteriorating situation facing destitute refugees in the French capital, and called on RRDP to help raise awareness through the dissemination of data and hard facts. We respondend swiftly and mobilised a small team of trained researchers, and headed out to do an urgent data sweep.

Less than a month later, our Paris report was published, and has received a lot of attention from major media outlets, campaigning groups and other important actors, which we believe is testament to the fact that data and specific front-line information about the refugee crisis is much needed. You can read and download the report here: http://refugeerights.org.uk/wp-content/uploads/2017/02/RRDP_LifeOnTheStreets.pdf

We are determined to continue working as the sole European organisation filling critical gaps through systematic and professional documentation of evidence relating to human rights violations facing refugees and displaced people. The aim is that our data is used to advocate and campaign for accountability at national, regional and international levels and for policymakers to take firm and meaningful action. With the same data sets, we also hope to build public support for refugee rights and encourage constructive and non-polarise public debates - something we believe is needed more than ever, given the current climate of 'alternative facts' and societal polarisation.

Your support means a lot, and we hope that you will continue to keep in touch with us and follow our work via our Facebook, Twitter and our newsletter.

Thank you again for making this all possible. 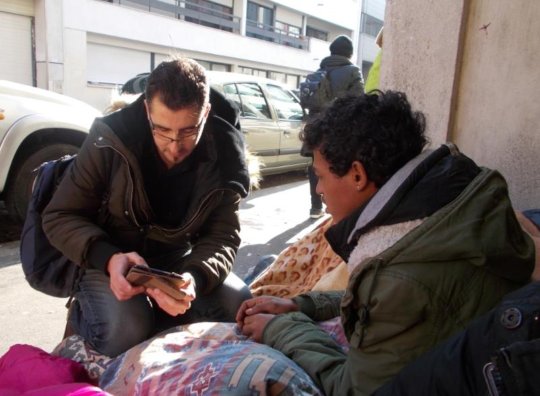 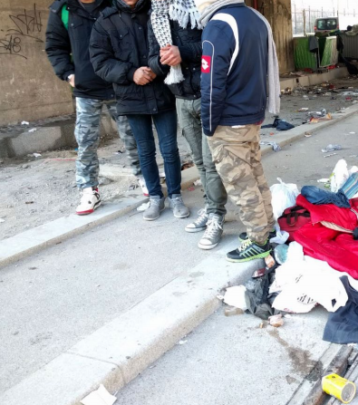 Children who sleep in the streets of Paris 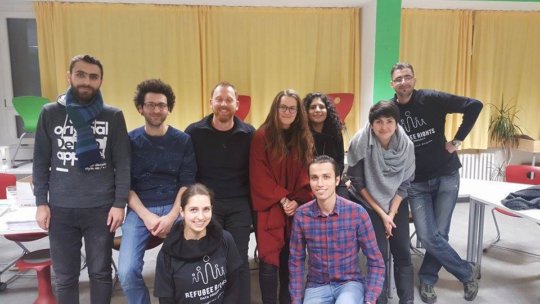 Thanks to the invaluable support from all of our generous, individual donors, we have been able to train and deploy a group of researchers to collect data in refugee camps and community centres in Berlin, Germany.

Over the past week, our brilliant team of researchers has been looking at human rights situation in the German refugee camps, this time also mapping the best practices for potential replication.

This study is conducted in collaboration with local partners Refugee Academy and Friedenskreis Syrien, and we have included a number of refugee peer researchers as part of our research team. Our researchers speak Arabic, Dari, English and German, and our research survey exists in several additional languages to cater to refugees and asylum seekers from a large number of different countries. So far, we've interviewed people from Afghanistan, Albania, Egypt, Iran, Iraq, Lebanon, Macedonia, Morocco, Pakistan, Palestine, Somalia, and Syria.

While our team was in the midst of this research, the violent incident on the Breitscheidplatz Christmas market took place in Berlin. This attack is likely to lead to increased fears across European societies, and to further polarise debates relating to the reception of refugees. In light of this, the work of Refugee Rights Data Project appears more important than ever, as we work to inform public opinion and contribute towards a more nuanced, humane counter-narrative through hard facts and statistics rather than emotive arguments and unfounded fears.

Therefore, on 20 December we released preliminary findings from this ongoing field research, which we disseminated through a press release to a large number or major international media outlets and newspapers. We believe these research findings have an important role to play during this period of heightened fear and polarised public debate in Europe.

We would never have been able to carry out this work without the invaluable support from our supporters. Your donations will enable us to continue the field research and then produce substantive research reports which we plan to use in campaigning and advocacy work aimed at advocating for the rights and dignity of refugees and displaced people to be upheld.

Stay tuned for further project updates, and please do tell your friends and family about our work. Thanks again for your generous donations and ongoing support. 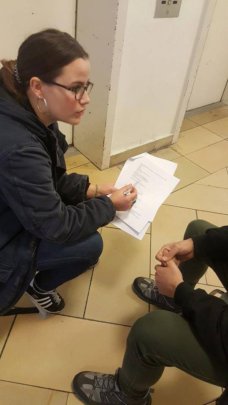 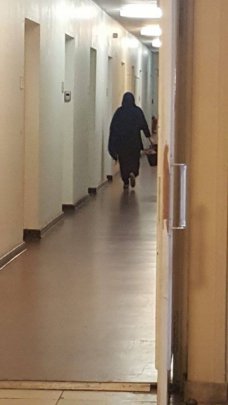