The role of media in the cases of missing children 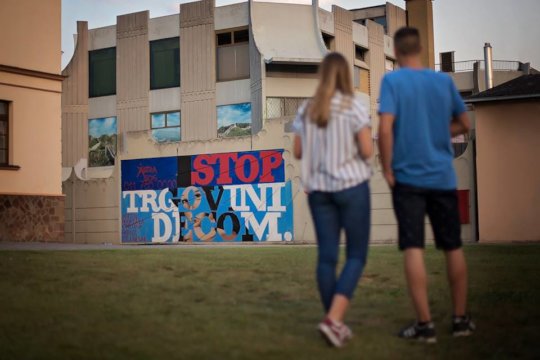 Recently we received the call from a very concerned mother. Her 14 years old daughter run away from home, after the family quarrel. Mother was afraid and worried, so in the panic, she started to call friends, relatives, even the hospitals. While she starts sorting the puzzle and gathering all information, she had her suspicions where her daughter might be and she had reported her disappearance to the police. She was in the agony and she wanted to do something more while she is waiting for news, so she called ASTRA. She wondered if she asks media for help, but she at the same time doubted in their support and thought about the effects of that action on her daughter. We always suggest to parents to consult with police and social welfare centre and to consider negative impacts from public appeals. Not every case of a missing child needs public support. It is necessary to be careful and not to cause damage to child overall wellbeing. Fortunately, the child was found soon in good condition and she didn’t need to decide regarding that issue.

Follow this topic, we believe that the media have an important role in informing about cases of missing children. In the era of digital communication, and varieties of tools, they reach for information they found on Facebook and Twitter without questioning the source. Those tools sometimes might help, but very often information about disappearance from social media turn into something else, and facts are not important anymore, just to sell or share or comment the story.

Even though this case didn’t require the public appeal, this doesn’t mean that in another case this won't be suitable. The media should responsibly write about cases of missing children and be allies primarily to children, and then to their parents/foster parents or institutions. There are many examples of responsible journalism, but opposites are often louder. It should influence that responsible journalism to be more represented, more accessible, in order to communicate with the public without jeopardizing the privacy of the child.

Another element that should be introduced as part of the child support during the search for missing children is Child Alert system and we previously write about it. Currently, this system is available in 17 European countries, but Serbia is not one of them. This alert is triggered in cases of child abduction and where the life of a child is in danger.

It is important to note that during the month of July two workshops of the Working Group were held for the preparation of the goals of the action plan for the strategy for the period 2019-2020. One activity which is recognized as important was the preparations for the introduction of an early warning system. From our point of view, it is rather slow, but further, we would try to give a more concrete meaning to this topic.

Our country should set standards that are already implied in Europe and to take obligation toward the security and well-being of the children. In order to avoid stigmatization and negative context in which the child could find during the search, all steps must be guided by the principles of the best interest of the child. Our whole society, public, media, professionals, institutions, and organizations, need to be responsible and protect children and their data. 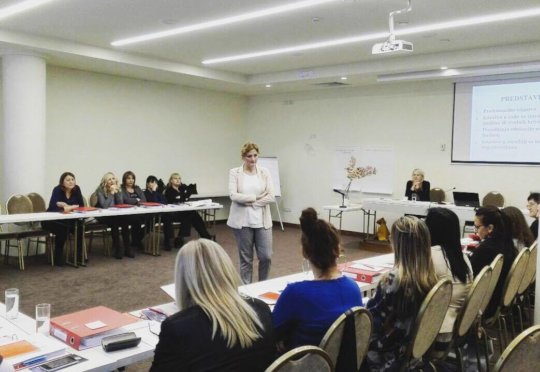 Training about human trafficking for institutions

Recently, one girl called the ASTRA SOS hotline. She sounded extremely upset and she was in huge distress, trying to explain that she was a victim of trafficking. She told us that she was desperately trying to find the solution for the problem but no one responded on her appeal. We immediately organized a meeting to find out how we could help her.

Few months ago, the relative started exploiting the girl, forcing her into prostitution and blackmailed her that he will launch the videos through the internet so everyone could see it. She was beaten every time when she didn’t earn amount of money that trafficker requested. She felt like her life was lost since she couldn’t get out of this situation. When she finally gathers the strength and reached to institutions to tell what was happening to her, they didn’t believe her and she felt rejected. They have known this man as family man and respected citizen, and on the other side, she labeled as someone who previously had some problems with drugs, who is from a smaller ethnic community according to which there are still negative attitudes and prejudices among some professionals.

ASTRA’s consultants assured her that they believe her and that they will do what she wants to support and help her. Together with her, we made a plan about future steps. With her consent, ASTRA informed relevant institutions so that they conduct an investigation regarding this case and provide further protection. Since then ASTRA is in regular contact with the girl, providing her all necessary support. The fact that somebody believes and understands her feelings, give her a hope that she will live normally.

The story of this young girl shows us how difficult is sometimes to obtain the serious attention of the institutions and how insensitive the system could be in some cases. The crucial is not to close our eyes in front of the other people’s problems. Also, it is very significant not to support prejudice and negative attitudes, but to cherish good practices. Organizations like ASTRA are there for everyone, to help them seek justice and protection. 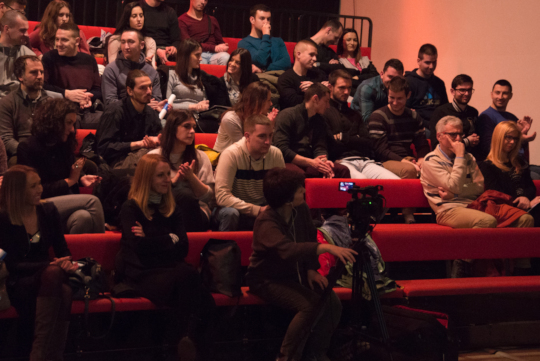 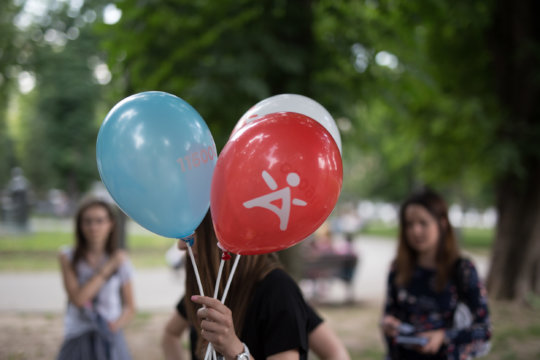 An event for children 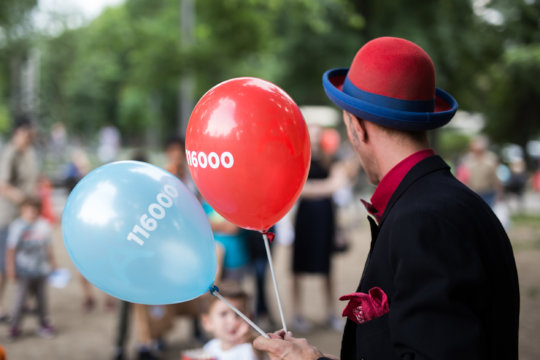 In the previous period, the statistics of European number for missing children in Serbia 116000 came out. Through the link, you can see which types of calls we received, who contacted us, as well as which kind of assistance ASTRA provided. The numbers may not be large, but our commitment is significant as always.

Considering that several years we are following the issue of missing children in maternity wards, we consider that the support of all citizens and associations in this matter is very important. In this sense, during the reporting period, we were present at the protests organized by the parents of the missing babies.

On the May 25th we marked the International Missing Children Day. We have organized the play for children entitled “All for kids”. During the play, children in one park in Belgrade enjoyed in the performance of young dances, then children's choir, another group of kids was reciting poetry and the clown performed acrobatics and jokes. Children had lots of fun, waving with blue balloons, laughing and spending fruitful time together with their parents, grandparents and friends.

While entertaining young ones, ASTRA activists talked with their parents in order to prevent the disappearance of children, various forms of exploitation, and trafficking in human beings.  Several parents shared their own experiences when they thought us about the situation when they suspected that their child had disappeared. In these cases, all happily ended, but these few seconds they will never forget how they felt, so that is why they strongly support the similar action with the message which informs and educates parents about different risky situations and how to avoid them. 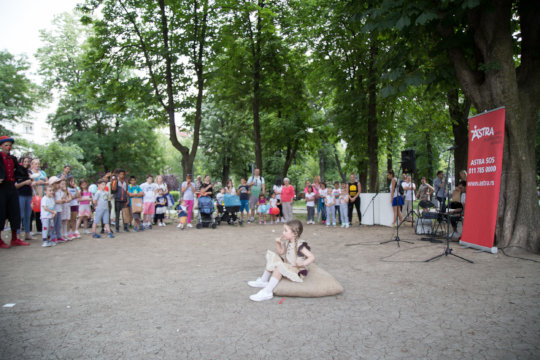 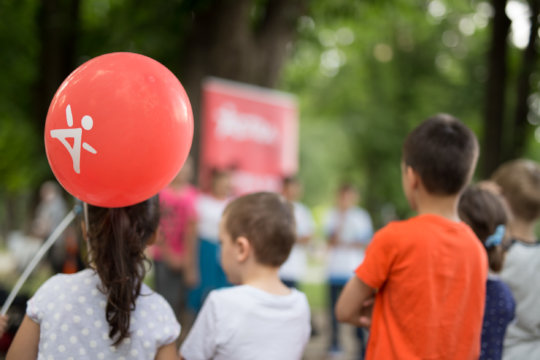 ‹ 1 ... 5 6 7 8 9 10 11 12 ... 14 ›
WARNING: Javascript is currently disabled or is not available in your browser. GlobalGiving makes extensive use of Javascript and will not function properly with Javascript disabled. Please enable Javascript and refresh this page.