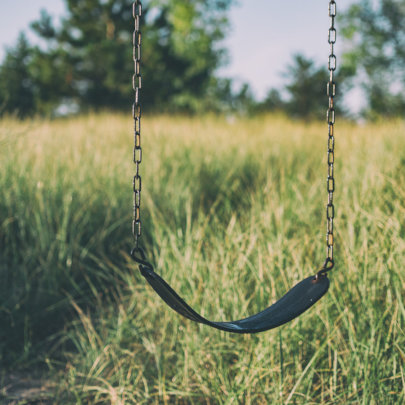 One situation that is not easy and needs to be resolved as soon as possible, is when the child runs away from home again. Why this happened once more, why parents did not anticipate and prevent another escape − these questions are something that parents often encounter when reaching out to institutions. Dragana, our client, who recently addressed us regarding the disappearance of a 16-year-old daughter, also had this experience.

The problem started with domestic violence, from which Dragana barely escape with her daughter Maja, followed by peer violence in secondary school to which she was exposed and it ended by Maja’s emotional relationship as a minor, that was particularly risky for her.

Unfortunately, the misunderstanding of the environment and institutions involved was huge. The representative of social welfare center and prosecution, have been unsupportive and blamed Dragana for all what happened, accusing her of not being a good mother and that she has no parenting skills. Dragana simply didn’t know and she was left without assistance and guidance on what to do and how to approach to a teenage daughter in order to establish good mutual relationship and trust.

Harassing the mother through the system and though every specific procedure for finding and protecting Maja continued. Search for the child and investigation against her partner was prolonged without any explanation, informations were not shared with Dragana and the message was that she is guilty of her daughter's fate. Insensitivity of professionals and institutions involved was high, while the time was ticking, Maja was missing and that the situation was urgent.

Fears, anxiety about uncertainty and the constant waiting for news that her child has been found alive and well became an integral part of Dragana’s everyday life. She continued her fight with the system, she was doing in impossible circumstances, everything she could, contacted all those who were obliged to help and those who she thought can help, she was appealing and bringing attention to legal possibilities and risks, an in the same time responsibly analyzing her own capacities to help her daughter.

When Dragana contacted ASTRA, it was important for her to have someone who understands her, who does not condemn her, and who encourages and supports her to persist in her efforts to fight for the well being of her daughter. Powerless feeling due to the complexity of the problem has been overwhelming her. It was important for her to have an ally, someone who will represent her daughter’s best interests where institutions failed to do so and to urge the institutions to perform. With our support, the additional steps have been taken in order to find Maja and to take measure against the perpetrator.

The search for Maja is still ongoing. For us, every child is important, every child matters. If you are of the same opinion, please join us and support us with your contribution to find Maja, to bring justice to her and her mother and to stop her perpretrator of doing more harm to Maja and to many other girls.

Economic empowerment - the key to reintegration 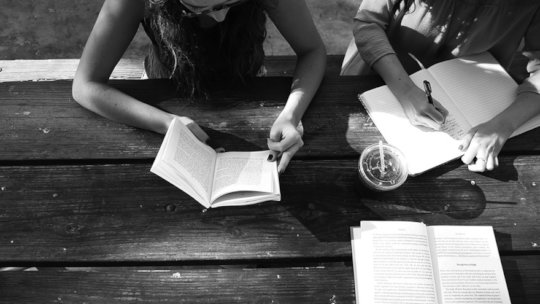 Reintegration is one of the most important aspects of assistance to trafficked persons. After they leave the situation of exploitation and go through recovery process, which is hard, complex and might last for years, survivors of human trafficking, just like anyone else, want to be recognized for their personal and professional contributions, to be valuable and respected members of their community. A key part of recovery and reintegration process is economic empowerment – supporting survivors at realizing their economic potential, by finding a job or continuing education.

Unfortunately, most stories of survivors of human trafficking do not end in such a way that would bring them a sense of justice, and the cases of our beneficiaries who attain a job as a symbol of emancipation are extremely rare.

Recently, a woman whom ASTRA is assisting for four years now called to tell us that she finally found a job that matches her education, she was hired as a nurse in the local hospital! These were extraordinary news, and we knew how much hard work, together with the appropriate support system, was needed to make her goal a reality. This client contacted ASTRA in 2015, after escaping from Bosnia where she was sexually exploited. Being a single mom, in a very difficult financial situation, and experiencing many health problems, she was trying to find an employment for years, but she was either rejected due to her age and lack of experience or accepted temporary jobs in order to earn just enough money to live on. Over the years, ASTRA has provided her with continuous medical and psychological care, and recovery process was long and difficult, with many ups and downs. A year after contacting us, she expressed the wish to become a medical technician and ASTRA team has provided her with financial and other forms of support necessary to continue education. She successfully graduated from secondary medical school, passed the state exam and obtained a license, while at the same time being the sole provider for her family.

For her, as for many other people with trafficking experience, finding an employment or some other form of generating income, was the primary focus, both immediately after exiting a trafficking situation and as part of long-term reintegration process. It not only means survival and financial stability, but also reduces their vulnerability and the chance to repeat the cycle of exploitation. For her, the prospect of doing a job she loves, helping other people, is what gave her the motivation to deal with everyday problems, as well as to bravely face consequences that severe traumatic experience of trafficking had left on her.

ASTRA strongly believes that the most concrete way for survivors to reclaim their dignity and to thrive is to become financially independent. If you share our opinion, please donate and support us in our efforts to empower them, so they could, by relying on their own capacities and strenght, find an attainable path to safe employment.

From March 2012 to May 2019, through the European Number for Missing Children in Serbia, 105 cases of missing children (62 girls and 43 boys) were recorded, among which the largest number is the runaway children.

In Serbia, over 1000 cases of missing children are registered annually by the police, which means that three children are missing daily. Statistics for the previous year shows that European number for missing children in Serbia 116000 has been contacted by parents (73%), CSOs (17%), institutions (5%), cousins (3%) and citizens (2). Information on 7 missing children (3 girls and 4 boys) was provided by parents (4), a friend (1) and NGOs from abroad (2). The average age of children whose disappearance was reported was 13.4 years. Six children have been found, and for one child the feedback is not yet provided by the relevant institution.

ASTRA has been running the European number for missing children in Serbia for seven years and every year, together with our associates, we mark the International Missing Children Day, the 25th of May, and remind everyone not to forget about children who are not found. ASTRA in cooperation with other members of the Global Missing Children’s Network and Missing Children Europe, took part in an international online campaign dedicated to the prevention and to remind public about the unsolved missing children cases around the globe. The campaign took place on the social networks (Facebook, Twitter and Instagram) and had a very good response of the citizens and young people. Forget me not flower symbolizes true love and never forgetting the people you love, recalling us how it is important to show them those positive feelings.

From the beginning of ASTRA’s running European number for missing children in Serbia to date, the state is failing to recognize the importance of this number and provide support for the continuation of running 116 000 line. On the other hand, we are proud to see that we have the trust of parents and that besides the emergency situations, they are also contacting us for preventive reasons when they recognize the potential risks.

If you believe that the protection and prevention of child disappearance is an important topic, please support this initiative. Every contribution will be appreciated and used to support children through counseling and informing them to seek help when they need it, organizing preventive workshops for them how to avoid the risky situations, organizing awareness campaigns and organizing an emergency search.