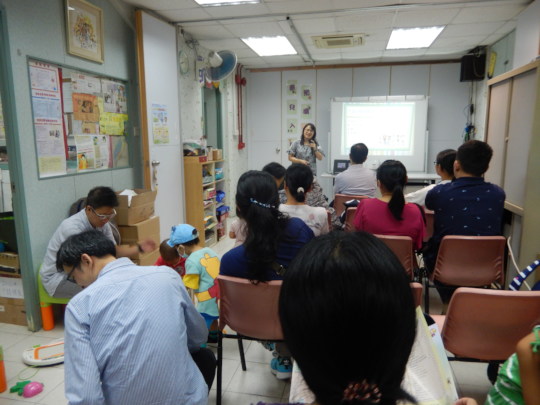 Sharing Session on ‘Getting your CLP Children Prepared for School Life

CLP children may have some facial difference, speech problem and even hearing loss.  Besides, they may need to take leave of absence from school for attending medical appointments from time to time.  Thus, to help the children fit in school life, the parents should get well prepared beforehand.

The sharing session hosted by two experienced kindergarten teachers who were also parents of CLP patients.  The activity aimed to remind the parents of younger CLP children the importance of communications with the teachers and parents of other students.  It suggested ways to strengthen the children's adaptability, self-care ability, self-confidence, communication and social skills…

Moreover, it suggested the considerations for parents to choose the kindergarten that suited their children; and providing details about school interviews, general questions and assignments to be asked and requested for the children during the interviews.

Patients with microtia have their external part of one or both ears underdeveloped and usually malformed, along with hearing loss.  Besides, some patients may also have other craniofacial syndromes.  The Sharing Session mainly focused on reconstructive surgery of the ear canal - rib cartilage graft surgery.  An adult patient who had had reconstructive surgery at a local public hospital, as well as a parent of a 9-year-old girl who had had the surgery at Chang Gung Hospital, Taiwan, shared their treatment experiences with the younger patients and their parents.

The topics of their sharing covered: selection of treatment services, preparation for surgery, post-surgery caretaking and follow up treatment.  The activity aimed to help the younger patients and their parents know more about the reconstructive surgery and got well prepared for it.

Cleft lip and palate patients suffer a lot from underdeveloped upper jaw, depressed mid face,“V-shaped” alveolus, underbite,ectopic eruption of frontal teeth...  All these problems may cause difficulties in eating and speech, and may even bring abnormal appearance to the patient, affecting his self-image, school and social life.

Through this Project, we hope to help CLP children between the ages of 7 to 12 to expend the upper jawbone so as to give enough space for eruption of the six permanent frontal teeth, and at the same time correct the misplaced or irregularly aligned teeth.  It is expected that for patients with mild cleft lip and palate, upon completion of this early orthodontic treatmen,t may help to give them normal occulsion so that they may not need orthognathic surgery upon puberty.  For patients with severe CLP condition, the early orthodontic treatment may help to reduce the degree of "malocclusion", and thus alleviate the complexity of their jaw surgery.

Thanks to four kind-hearted private orthodontists who are willing to offer orthodontic treatment to the needy CLP children at an extra low fee, and Chai Wan Baptist Church Dental Clinic that offers a surgical room for the treatment, the project has become possible and will start to provide treatment to CLP children in Early January 2019 for a period of two years. 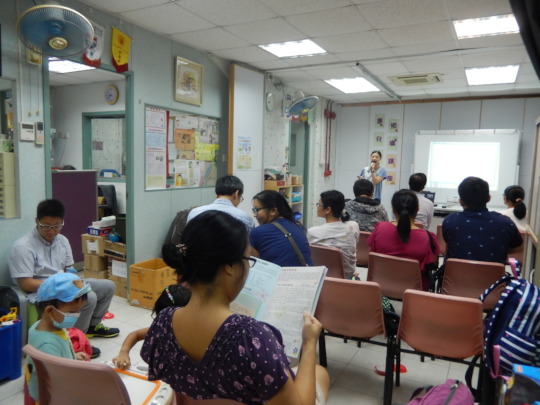 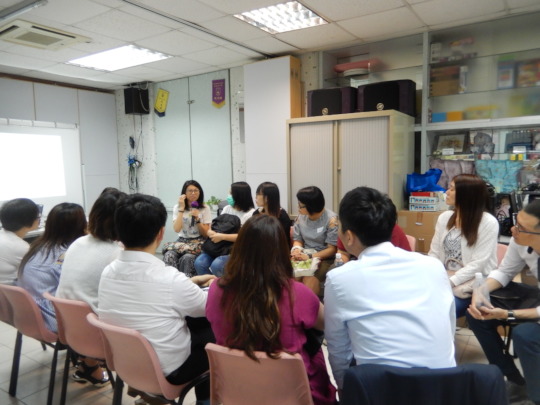 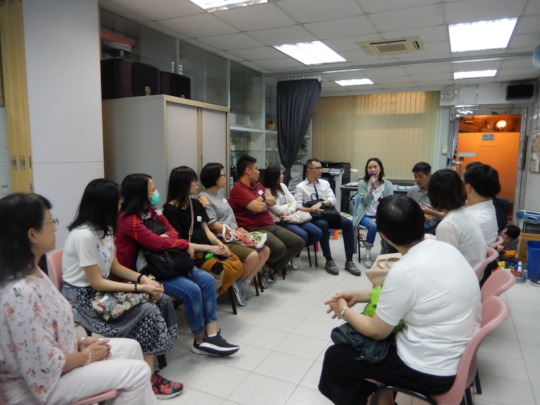 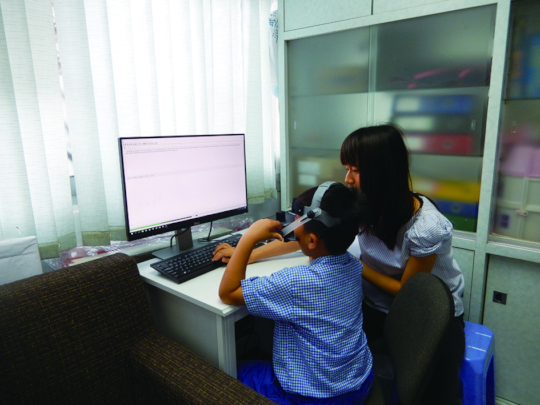 Children born with cleft lip and palate may have weaker soft palate, insufficient length of soft palate, lack of uvula, poor soft palate activity, and split of soft palate due to loose stitches after surgical repair of palate, all these will lead to nasal speech.  In view of the problem, HKACLP has bought recently the "Pantex Nasometer II" specifically for the members of the two-year-old and up and invite them to join for nasal emission test.  Nasometer II is a powerful tool to assess and treat nasality problems often associated with cleft palate and other velopharygeal disorders. It provides objective measurement for evidence-based treatment selection, and visual and auditory feedback for improved patient acquisition of therapy goals.  If after the test, a CLP child is assessed to be ‘heavy nasal emission’ during speech, then our resident speech therapist will arrange follow up training for the children.  The equipment will measure the nasal output to view the progress of the child’s nasal production during correction trainings.

CLP children, although have had their lip, nose and palate repaired before one year of age, however, some kinds of facial differences are still there.  They may be more likely to experience teasing, bullying than their peers at schools.  In view of this, it is also our focus to make the public aware of cleft lip and cleft, enhancing every one in the school to give care and friendship for CLP patients on the one hand, and less bullying on the other hand.  Each year we send thousands of letter to primary and secondary school in the territory offering school visits and sharings to the teachers and students.  Our school session includes three parts: to learn about cleft lip and palate, to get to know our association & services, and most of all, sharings by patients or parents.  We hope after the students understand the congenital cleft deformity, the life stories and feelings of patients and parents,  there will be more campus harmony and integration.

District Mutual-help Groups through organizes monthly regional tea gatherings to give parents the opportunity to put down temporarily the work of caring for children and to meet each other. The activities aim to promote mutual exchanges and mutual help among the parents; to encourage experienced parents to assist newer ones.  So that new parents can help their children to adapt to the treatment as soon as possible. At the same time, they can also exchange their views on certain specific topics to solve the problems.  The district tea gathering reduce the negative emotions caused by tedious jobs of caretaking the CLP children, gives parents the opportunity to communicate and share with each other in a relaxed and pleasant environment. The topics of sharing are: CLP children care, treatments, surgeries, ear infections, speech problem, abnormal teething, school bullyings, psychosocial adjustment, confidence building... all the topics which the parents care about.  Participants can hear the experience of veteran parents and can also ask the seniors ways of solving their problems. 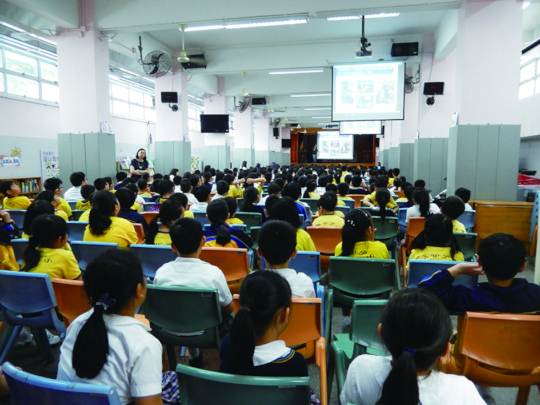 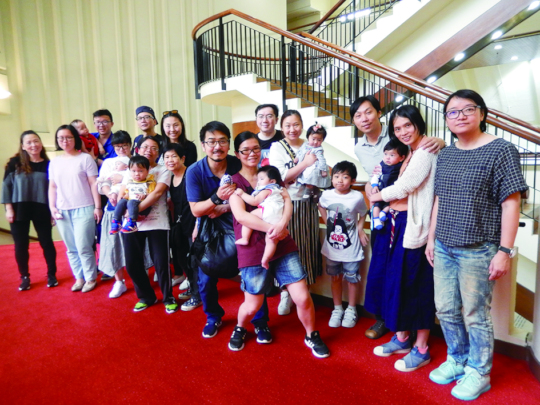 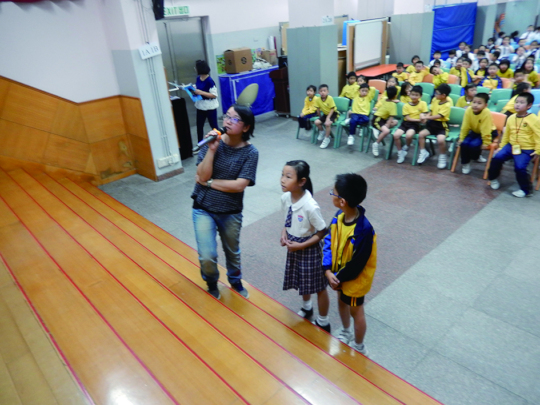 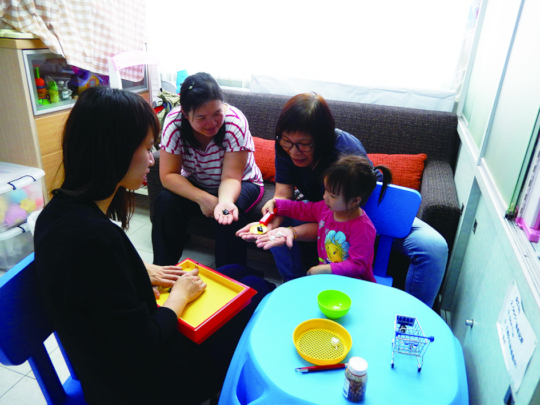 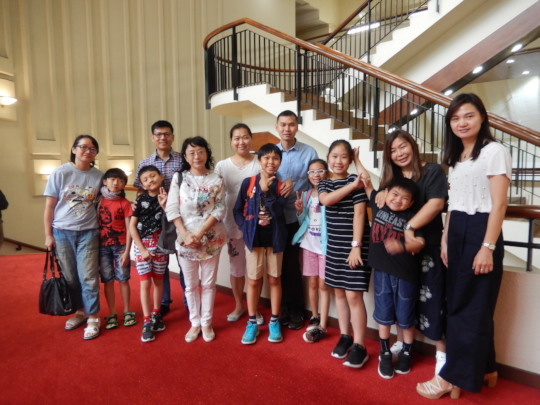 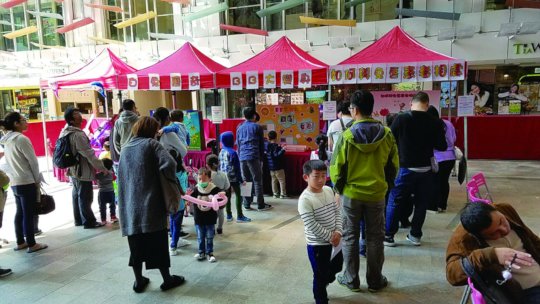 “SYMPOSIUM IN CLEFT DEFORMITY AND TREATMENT SERVICES IN HONG KONG”

HKACLP's annual Social Educational Exhibition was held on 11 March 2018 at Lok Fu Place, Kowloon. This annual event comprised of two sessions in this year.  In the morning session, there were display boards introducing the cleft treatment services providing by public hospitals in Hong Kong, as well as the support services offering by HKACLP.  There were also game booths and distribution of leaflets to introduce cleft lip and palate (“CLP”) and most importantly, to promote the message of acceptance and caring to CLP patients.  In the afternoon, the “Symposium in Cleft Deformity and Treatment Services in Hong Kong” was held for the first time by HKACLP. Representatives from the Cleft Teams of 5 public hospitals in Hong Kong attended the event introducing cleft deformity and their respective protocols for patients with clefts.  Taking this activity, we hope to increase public awareness of CLP, and at the same time, introduce the medical services for cleft patients providing by the public hospitals in Hong Kong.

During 22 to 25 May 2018, some committee members and volunteers of HKACLP went to HKU Shenzhen Hospital, to provide voluntary services to the parents and patients joining the above-said Mission.  Many CLP patients came from remote cities and provinces of Mainland China hoping to undergo cleft repair surgery at HKU Shenzhen Hospital within these four days.  HKACLP’s volunteers provided bed side emotional support to the patients so as to alleviate their worries and pressure prior to the surgery.  Besides, our volunteers shared with the parents information about post-operation feeding, cleaning of wounding; cleft rehabilitation path etc.  Although 4 whole days of working, our volunteers expressed that they were pleased for joining this meaningful event.

Cleft lip and palate is a kind of congenital orofacial deformities.  Although the affected babies may have their cleft lip surgically repaired at 3 months, and cleft palate repaired at 1 year old, when theygrow up, they may present with secondary deformities such as collapsed and asymmetric nostrils, insufficient and asymmetric upper lip etc.  Besides, due to cleft palate and cleft upper dental ridge, a majority of children patients may started, as early as few years of ages, to have their mid face and upper jaw underdeveloped, resulting in underbite (i.e. the upper front teeth behind the lower ones, so that upper and lower front teeth are not able to contact each other), plus the lower lip tends to evert forward which results in undesirable appearance, low self-esteem, speech problems, bite problems etc.

Therefore, early orthodontic treatment is very important to CLP patients.  Reserve headgear is a type of orthodontic appliance attached to a patient’s head with a neck strap or a number of straps around the head.  The device helps in correcting severe underbite problems that will consequently lessen the complexity of the patient’s orthognathic surgery upon puberty.

In the sharing session held at our Centre, their parents and their children who had undergone the treatment course share as follows:

1. The first parent said after his son (age 9) received the treatment of reverse headgear for 9 months, they found that his upper jaw were “coming out” , the “V”shape dental ridge became “U” shape, and there were more space for eruption of permanent teeth.

2. The second parent said that they understand normally the headgear is worn at night and within the home. But his daughter (age 11) was willing to wear the headgear as long as possible and she did not mind to wear it at school as well.  Consequently, she achieved a significant result of 18 mm underbite prior to treatment to 10.5 mm after wearing the appliance for a year.

3. The third parent said that it was difficult for his son (age 7.5) to wear the palatal expander since his month was too small and he felt so painful to wear them initially.  However, his son had tried hard to get used to the headgear prior to Alveolar Bone Graft Surgery scheduled to be done next year.  Luckily, his son adapted quickly to the new appliance in two months’.   After four months, they were happy to see that the underdeveloped upper jaw had grew outwards satisfactorily. 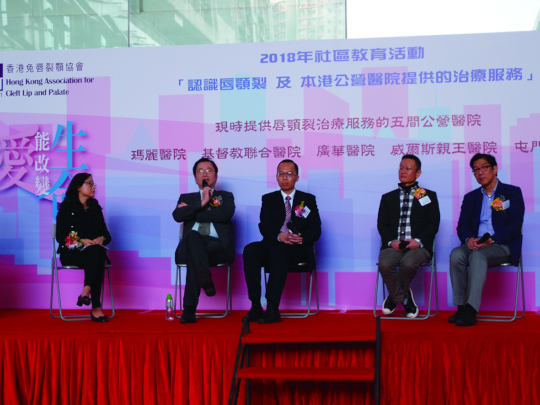 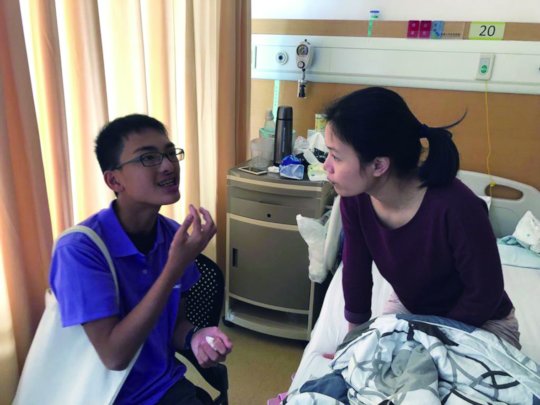 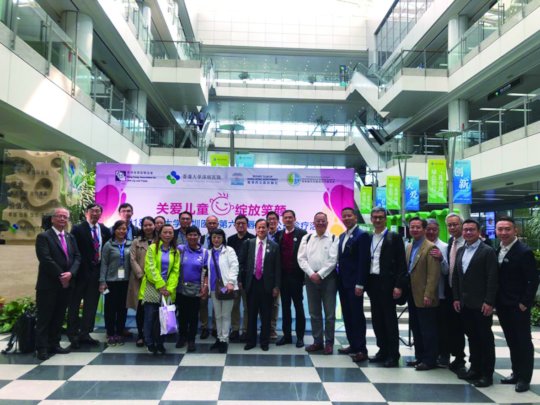 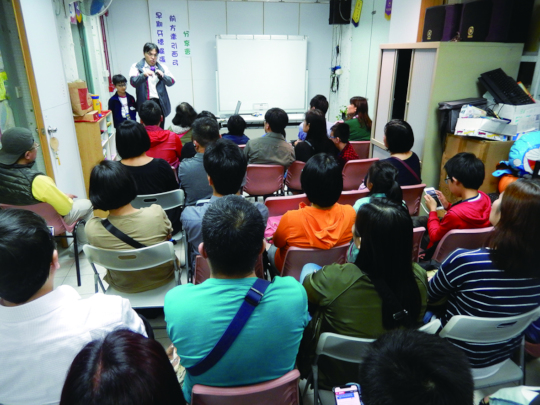 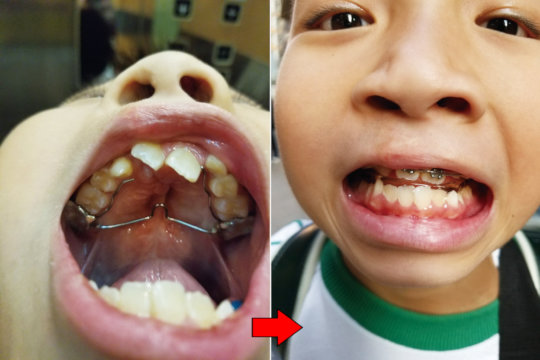 Reverse Headgear (2)
‹ 1 2 3 4 5 6 7 ›
WARNING: Javascript is currently disabled or is not available in your browser. GlobalGiving makes extensive use of Javascript and will not function properly with Javascript disabled. Please enable Javascript and refresh this page.