In 2016 the following people joined our expeditions as local placements:

MUSANDAM
Jenan Anwar A.
Ali Saleh I.
Waleed A.

15 of these were funded by $7,500 raised through this GlobalGiving fundraiser (see previous reports). The rest were funded by the Rufford Foundation and the Friends of Biosphere Expeditions.

The final $1,500 raised will be spent on supporting teams in Oman and the Maldives to set up community-based reef surveys there (research materials, tanks, fuel and boats for surveys, misc.).

The Next Generation of Conservationists: Report 3 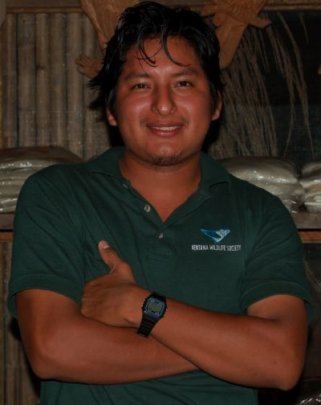 We have now hosted 15 young conservationists in 10 countries as per our project goals. Thank you to all our donors for your much-appreciated support!

As of today $7,293 of the $7,500 needed for hosting the 15 young conservationists have been raised. We are hoping the shortfall of $207 will be raised by the end of the year, when this project will finish. If you can help towards this, please do.

In addition we are trying to raise another $1,500 by the end of the year for a nascent community-based coral reef conservation programme in Oman, which is driven by past placements. This would go towards their equipment, more training and the cost of surveys (such as boats, fuel and diving equipment rental).

More examples of young conservationists hosted since the last update are below:

On our Sumatra tiger project, we hosted Imam M., Giovani G., Ulva N. and Mohamad R. Imam M. said "This is the first time for me to do an expedition. I really enjoyed it and feel enthusiatic with the whole activity. This expedition gave me an insight and a knowledge for wildlife species, especially the Sumatran tiger. Thanks to Biosphere Expeditions for running this programme in Rimbang Baling, it is also good way to promote this area into the world."

On our Amazon biodiversity project, we hosted Aldo R. who said "I have learnt so much on this expedition. All of it will help me with developing my professional career as a wildlife guide, biologist and conservationist. Thank you so much Biosphere Expeditions and thank you to our leaders and scientists too. I have learnt so much from you!"

On our Musandam coral reef project in Oman, we hosted Jenan A., Ali S. and Waleed A. Ali S. said "The knowledge I have gained participating in this expedition will help me to go further with my interest of protecting the underwater environment. Now I am ready to start my first independent Reef Check together with other Biosphere Expeditions placement graduates and I plan to do this in the coming months. I really appreciate Biosphere Expeditions’ efforts to save coral reefs in my country and thank them for giving me the opportunity of a placement on the Musandam expedition, and putting Oman on their world map of conservation expeditions." 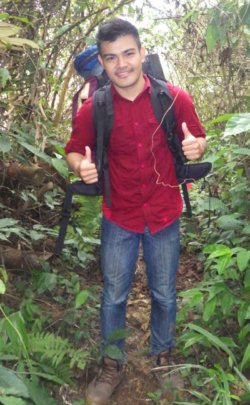 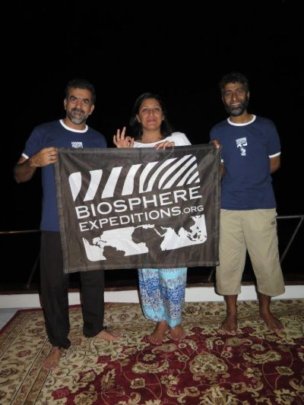 The Next Generation of Conservationists: Report 2 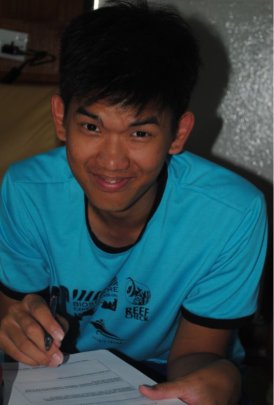 Dominique S. said “I would like to thank Biosphere Expeditions to let me join their programme on cetaceans research in the Azores. It has been a great experience to study these incredible animals that are swimming by just in front of the place I live, but usually don’t have the chance to see. Also, I want to thank all the other participants of my group! Not only because without them, the expedition could not have taken place, but also because we spent these days with a very nice group and I have met so many interesting people. It was great to spend these days with them.”

Fathimath F., Irthisham Hassan Z., Amintha Shaha H., and Arushad M. took part in our Maldives coral reef conservation project in July 2016. This placement programme has been particularly successful, two previous trainees, one of them Amintha Shaha H., have founded a local conservation NGO called GEMANA. This NGO has so far (a) conducted a pilot community climate watch project in South Ari Atoll Dhigurah, including a project for community monitoring of reef health, (b) conducted further Reef Check training sessions, qualifying another 16 Maldivians as Reef Check EcoDivers, forming the nucleus of a truly community-based reef monitoring programme, which has been active in surveying and seeding further community-based efforts. There are now also two full local Maldivian Reef Check teams in place (Villingili and Dhigurah), both led by alumni of the placement programme. Over 25 Maldivians have now been trained and five are now Reef Check Trainers. Amintha Shaha H. continues to be the linchpin for these activities.

Amintha Shaha H. says that "more stringent efforts to conserve and build up the resilience of these marine ecosystems are crucial for our survival as an island nation. Development planning and policies need to put a higher value on environmental impacts, which is the prerequisite for any social or economic harmony.”

Amadeus D., a Bishkek resident and biologist, took part for the second year running and said that "this trip was a real eye opener to the availability of citizen scientists to the work we biologists do. It was great to spend time with people as keen on conservation as I am and to see us have a positive impact on the place where I live. Thank you!". Amadeus has since developed several citizen scientist apps (for example to collect butterfly data) and is training to become an expedition leader too.

Ng Zhi L. took part in the Malaysia coral reef project in August 2016 and says “I have always been fascinated by marine life through scuba diving around Malaysia. Together with Reef Check Malaysia, Biosphere Expeditions has given me this wonderful opportunity to contribute back to the marine environment through its placement programme. It has made me felt more appreciative of the local marine havens, like Pulau Tioman, and also the teachings and responsibility of being a competent scuba diver. These survey dives I have participated in provided an alternate perspective to the conservation experiences I had previously taken part in with TRACC Malaysia. It has enlightened me on the actions and effects of the different approaches of these efforts. I am blessed to have opened my eyes through Biosphere Expeditions, and I hope there will be many other exciting experiences to come.” 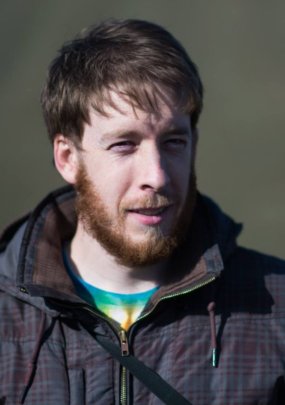 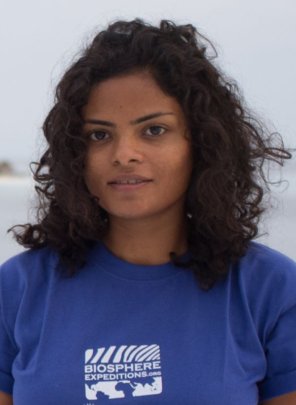 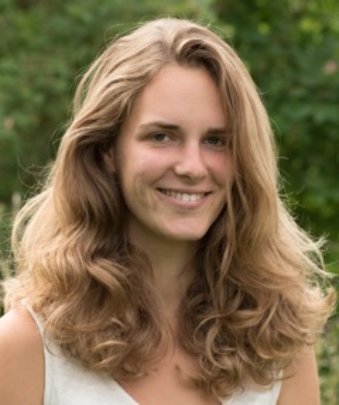