Toward The Finish Line 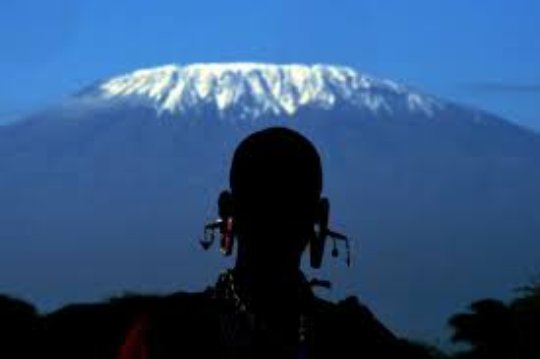 This week the eyes of the world will be on Rio de Janeiro, Brazil for the start of the 2016 Summer Olympics. Athletes from around the world will compete for Olympic glory, fame, and in many cases riches. We wish these athletes luck especially Maasai Olympics Patron and current Olympic champion, world champion and world record holder in the 800 metres, David Rudisha.

This week in Kenya, Big Life Foundation and selected Maasai warriors are diligently using your donations to organize and prepare for another upcoming Olympics with a one of a kind focus on conserving and protecting wild African lions. Warrior teams have been selected and they are becoming trained and physically conditioned for six regional competitions which will be held, August through October, culminating in the Olympics Day final in December.

Conservation is often not glamorous, it is often driven by unsung heros who have humbly dedicated their lives, and it is often not in the global spotlight but it is fundamentally critical and is becoming more so each day. The International Union for the Conservation of Nature estimates that the lion population in Africa plummeted 43 percent over a period of 21 years to 2014. Along with other species that Big Life works to protect such as elephants, rhinos, leopards, and cheetahs, lions have been on the planet for tens of millions of years and they are disappearing before our eyes in our time. For professional conservationists and those who live side by side with these animals such as the Maasai this reality is profound to consider. This is why it is inspiring that the Maasai Olympics were originally initiated by Maasai elders as a partnership to create a better world for people and for lions. Being community inspired and powered by people who live each day with lions has given this event the basis to create lasting, replicable, and truly impactful change.

In November 2015, in order to assess the impact of the Maasai Olympics and progress toward the goal of increased awareness of the importance of conservation, and resultant behavioural change among the warriors (young men) of the ecosystem, Big Life designed and conducted a survey of this demographic (the Iltuati) of the Maasai population. The survey was designed to be repeatable, and will be conducted periodically following Maasai Olympics events, to assess and track changes in attitudes and behaviour among the warriors. This is also part of Big Life's commitment to ensure donor funds are being used effectively. A total of 116 warriors (Iltauti) were interviewed. The following are notable results from this survey:

When asked how they viewed the Maasai Olympics as a way to compete for status and recognition of manhood, something that would historically have been done through lion hunting:

Overall the results from this survey indicate that the Maasai Olympics has had a large reach among the warriors of the Maasai community, and has been successful in imparting the intended messages about the importance of lion conservation, and associated behavioral change necessary to protect lions. 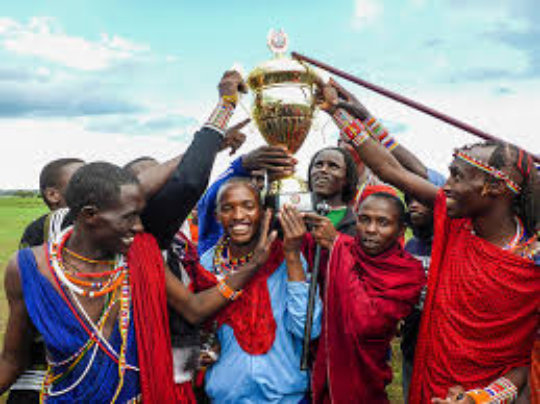 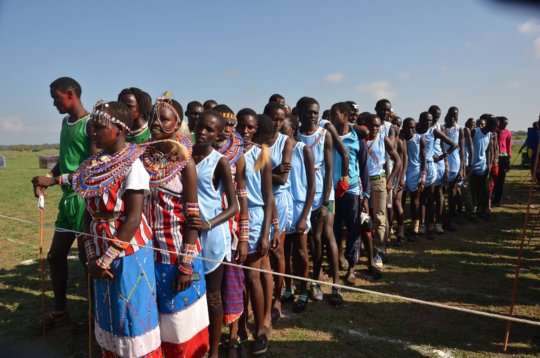 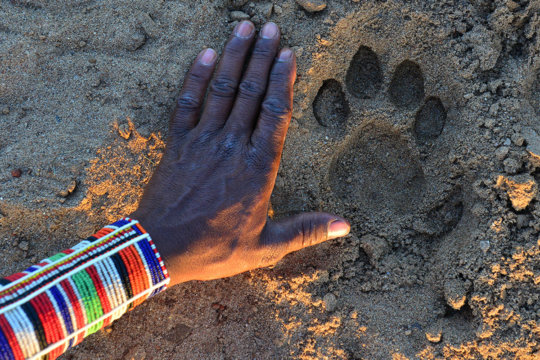 A Year Of Two Olympics 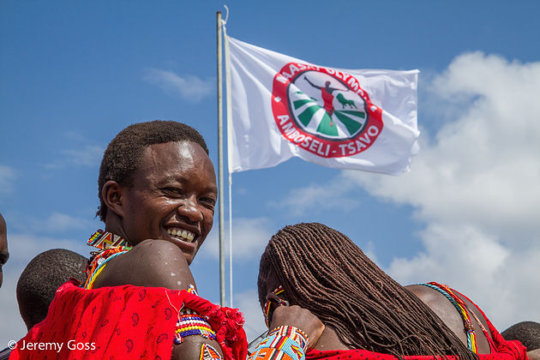 In Maasai culture, the warriors are the defenders of the community. They are tasked with everything from heroically defending the community against cattle raids by neighbouring tribes, to protecting livestock from attacks by predators.

And of all the predators, the lion is the most revered. To kill a lion was the ultimate goal for any young warrior. The ears, feet, tail and mane were the trophies, carried home to celebration and singing by admiring ladies. But this is a different world; too many people and too few lions. These iconic predators of Africa are disappearing before our eyes and have already declined by 75% in 20 years.

As athletes across the world begin to finalise their preparations for the Rio Olympics later this year, another set of athletes is preparing for a very different Olympics in Kenya.

Lion killing has traditionally been an important part of becoming a man. The Menye Layiok, or cultural fathers of these young men, wanted to move away from this tradition, and replace it with a culturally relevant alternative that still allowed young people to compete. The obvious solution was sports, and the Maasai Olympics was born. Two events have now been held (2012 and 2014), both of which were hailed as great successes, and participation is on the rise.

The time has come again. The build up begins with a series of regional competitions, during which the different manyatta (warrior villages) compete against each other in events such as spear-throwing, high jumping, and running. This series of sports events is combined with educational meetings aimed at improving understanding of the importance of wildlife conservation.

Everything will culminate in the Maasai Olympics finals on December 10, 2016, where all the teams come together to battle it out for individual medals, and prizes such as a breeding bull for the winning team. The competitors will become lion guardians and conservationists and Big Life will continue to engage them to ensure that their passion and zeal transcend the event itself. Lions will roam wild and free as a result. The biodiversity of the region will be also strengthened with more predators in the balance. Without your support for this unique conservation initiative and event none of this would be possible. We are grateful and we thank you.

In our last report we infomed you that Samuel Kaanki, the Moran Education Initiative Coordinator held meetings with each of the four Maasai warrior villages or manyattas (warrior villages) with the goal of strengthening the bond and importance of wildlife conservation with the warriors, the cultural fathers, and the community. Big Life, and our partners, are now excited to announce that the 2016 regional and final tournament events schedule has been created and will soon be taking place: 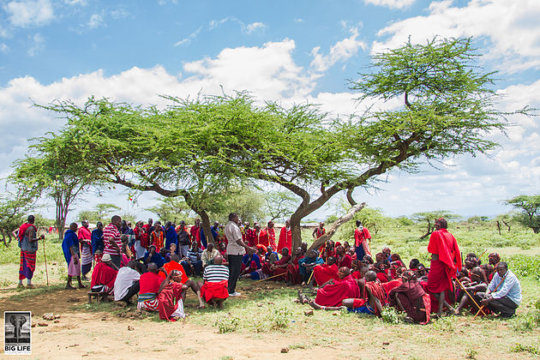 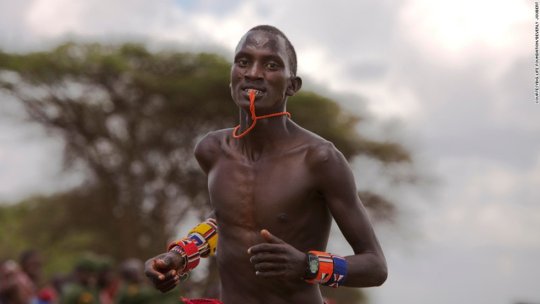 We are very grateful for your support and we are pleased to inform you that the third biennial Maasai Olympics will be held on December 10th, 2016 in   Kenya. Preparations are actively being made for this event and sponsors are being sought. We are hopeful that the global media especially in the year of the Rio Olympics will again highlight this unique partnship to save lions.

The longterm goal of this event (last held in December 2014) is ongoing engagement with the warriors, the Menye Layiok (or ‘cultural fathers’) and the general Maasai community. This ensures that the conservation education provided during the Maasai Olympics is continually reinforced, and that the passion and zeal generated during and immediately following the sports competitions do not die out.

Through the MEI programme, a group of warriors from Mbirikani Group Ranch, the majority of whom are strong participants in the Maasai Olympics, were given soccer uniforms and balls by Big Life and encouraged in soccer practice and facilitated in attending soccer competitions. The winner of the 2014 Maasai Olympics 800m event was facilitated by the Maasai Wilderness Conservation Trust to travel to New York and run in the New York marathon that happened in November 2015.

A survey to assess the impact of the Maasai Olympics on local warriors was conducted across the four participating group ranches in October and November 2015. One hundred and sixteen warriors were interviewed. The Maasai Olympics is focused on lion conservation, and preventing warriors from engaging in lion hunts, and so a number of questions were focused on lion conservation and attitudes and behaviour towards lions. The remaining questions were specific to the event itself, including attitudes towards the event and an understanding of purpose behind the event. 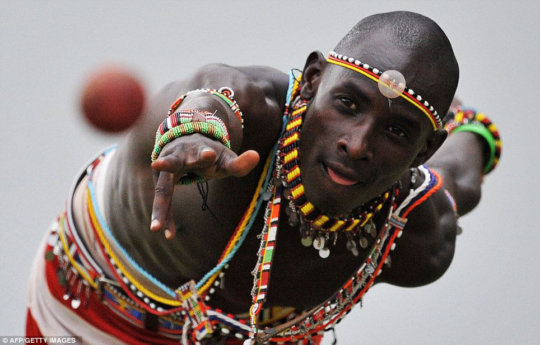 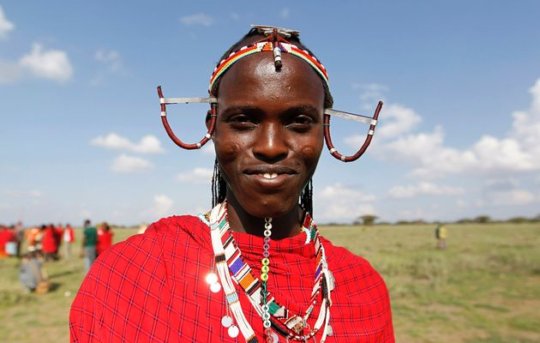 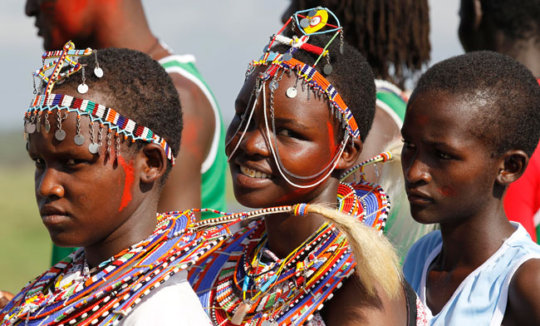 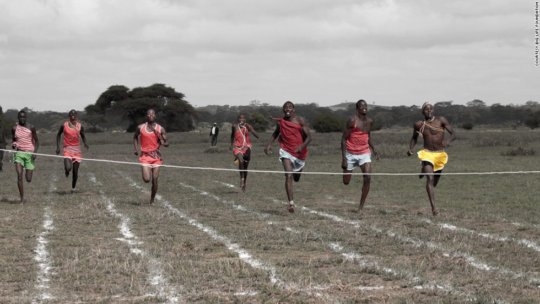 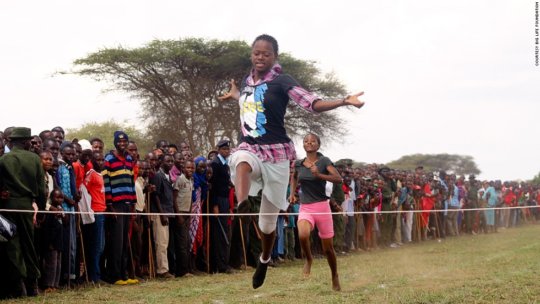 ‹ 1 2 3 4 5 6
WARNING: Javascript is currently disabled or is not available in your browser. GlobalGiving makes extensive use of Javascript and will not function properly with Javascript disabled. Please enable Javascript and refresh this page.