Report on the Girl-Mother project 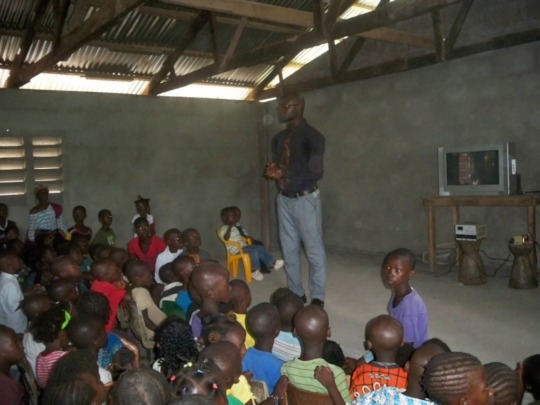 Girl-Mother empowerment programme is a success in changing the perception about people in communities about girl mothers. They are always considered failures and dropout due to the fact that they got pregnant and give birth at an early age. So everything about these girls should collapse and there should no place for them any more in these communities. With our intervention we have changed the dynamics by letting people know that these girl mothers can achieve greater height if given the opportunity. Our campaign faced a lot of stiff resistance due to traditional beliefs and norms

Our campaign and supports has brought a lot of change and many has realize the important of giving these girl mother chance to go back to school. Owing to the fact that they themselves are ready to change their attitude towards girls. Though, it was a bottleneck for them to accept change. This has been an ancient tradition that the best place for girls is in the kitchen and early and forceful marriages. During our engagement with these communities the message of accessing education and training, for these girl-mothers were well appreciated and stakeholders in the various communities consider it key as a means to stop these girls from prostitution, HIV-AIDS, poverty, etc. After a lot of sensitization communities now embrace the reality that these girls deserve education and training rather than forcing them to get married.

The alarming reports about the current rise of HIV/AIDS in the country more especially the northern region our focus on this project, triggers a lot of actions. The testimony of a young mother who is HIV positive send a strong message and call to action.

The communities are now in supports of our stance and efforts to support these girl mothers. Our strategy employed really pays off as many girl-mothers who were victims of early and forceful marriages, teenage pregnancy are planning to return back to school base on available support. Though the project has identified a lot of these girl-mothers but still lack the required support to help these victims to go back to school.

Furthermore, our usual radio discussion programme which have gain a lot of momentum and has increased a lot of awareness among these sets of girls. The many feedbacks received during and after the programme, is a true revelation of how this programme has created a lot of awareness amongst community people. The idea of empowering these girl-mothers was well greeted during the phoning programme. In actual sense, it clearly demonstrate how it was a burden to many who have these girl-children at heart. At the moment, they are pleading and asking for more supports to these girls, which could help them gain a life changing skills and make them independent.

Presently, this project is yet to attract the kind of support it should get, to shoulder it major responsibility considering the fact that it is addressing a huge concerns about girls, this has really slow down its operations, because the support is not available to accomplish it set demands.

The few donors to this project are well appreciated. But this project needs the required support to help the already identified Girl-Mothers. We cannot achieve this alone without your support. Based on this, we are calling on Donors, GlobalGiving and friends to help us achieve this together. 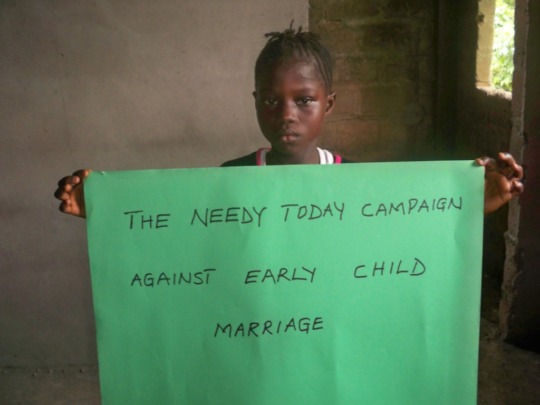 Our project (Empowering the Girl through Education) is a life changing activity which has done a lot by improving the lives of girls in rural Sierra Leone more especially the Northern Region. Our project has gained popularity amongst girls due to its major contributions and life changing activities for girls. Our project has give voice to girl children, give rights and power to Girls has been the bedrock of this project since its inception, which has really put a lot of smiles into the faces of a lot of girls.

This project has engaged in a lot of activities ranging from ending early and forceful marriages, teenage pregnancy campaigns, protect and guide to choose a career path, advocacy and relief exercise. Within the past months it has gain a lot of success stories. We have able to end 20 marriages and take further actions against perpetrators. Also, our campaign has engaged authorities in enforcing the laws which has to do with early and forceful marriages.

Our continued supports to 250 girls who were force to get marriage still continues and these affected girls need to continue their education for another academic year. Girls supported were able to be agents of change in their communities, raising awareness of the importance of girls’ right, accessing education and training. Also, girls who were stopped from being early mothers, join their peers in advocacy, using themselves as an example of change.  Their peers were touched by the campaign words of ending teenage pregnancy and early child marriage. Also, our campaign has joined the country First lady with a campaign message “Hands Off our girls”. With these efforts it has put smiles again into the faces of these girl children.

Furthermore, 38 schools were visited with message “Hands Off our Girls” this message sends shock waves to these communities and traditional leaders summoned themselves into urgent meetings to support the claims of these girls. The campaign message was well greeted and gains a lot of momentum.

The rural poor communities are facing serious Harmful Practices and our project has taken stiff measures on providing justice for victims. The prevalence of the Harmful Practices against girls, especially FGM and child marriage in Sierra Leone are among the highest in the world. Our message about FGM is wait until a girl turn 18 before she could decide on what to do.

The fulfillment of women’s and girls’ rights is challenged by communities’ norms that maintain the status quo and stereotypes about men, women, girls and boys and their respective roles in society.

Our outreach programme helped us to discover more girls who cannot access education and other rights. The urgent needs that were discovered are books, uniforms, backpacks, sanitary pads, shoes and transport facility and other school charges. This has been a barrier to access and retain in schools. There is an economic and social change which has increased costs since after the general elections in 2018 due to the high inflation in the country, parents and foster care givers prefer to send their girl child to the farm than attend school. In these visited communities poverty is really visible and one can feel it, which has lead these children into illegal practices like prostitution, gender-based violence and early marriages, girls and women are deep suffering. Poverty has been the bedrock for early and forceful marriages and we discovered the negative impact levied on these children.

We appreciate our supports and GlobalGiving for this opportunity to help these girls. There is a lot to do but we cannot do it without your continued supports.

Considering the persistent violence mostly perpetuated by youths during political activities in Sierra Leone, where this project is currently implemented,  this project is gear towards bringing youths together through medium of organized outdoor inter-community SOCIAL ACTIVITIES (games/sports etc.) where they will have opportunity to interact with one another since social activities are easy means of bringing people together more especially youths. In the process, we have use that medium to preach and campaign a message on “NO VIOLENCE BY YOUTHS IN POLITICS” more especially during and after electioneering activities. And owing to the fact that social activities more especially sports are faster means of bringing youths together and creating easy medium for interaction, the organized social activities for youths in all headquarter/major towns in Sierra Leone, and in the interim sensitize them on the effects of youth violence and emphasize to them the potentials they carry if they stay away from violence and work very hard- they are sensitized on how to be politically tolerant and stay away from violence and respect other people’s view. During our awareness raising process, key in our messages are preach to tell youths and stakeholders involved that youths are also major partners in development and their participation is relevant in harmonizing lasting peace and stability.  The process is include huge participation from stakeholders and political parties who will also be actively involved to orientate youths about their roles in politics and highlight to them the potentials they have within and around them.