Lifesaving surgery and glasses to make a living 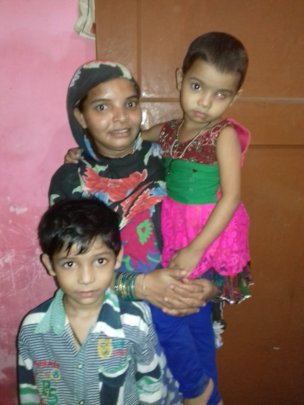 For little Mariam, the chance of medical help for her rare eye condition was remote.  Her father is a daily labourer earning just 200 rupees a day.  But Mariam was born with a chronic eye infection which is in danger of turning malignant.  Thanks to help from Tiljala SHED's medical fund, supported by you, Mariam was able to travel to Hyderabad for life-saving surgery.

Shahida lives with her 17 year old daughter Shabnam in a dark little room in a tenement in Kolkata's Dara Para slum. Widowed about 5 years ago and abandoned by her three sons Shahida stitches purses made from off cuts of leather from a local factory. She makes about a rupee profit on each purse. But her eyesight is failing and she is afraid that she will no longer be able to earn enough to keep herself and Shabnam. If Shahida cannot work, her daughter would have to leave school without qualifications and take up the same exploitative work. It is Shahida and Shabnam's dearest wish that the girl should complete her education and become qualified to take up useful employment so that she can care for her mother.

This week, thanks to your generosity, Shahida had her eyes tested and was prescribed new glasses. This will enable her to keep working until Shabnam is able to take on the responsibility.

Thank you, as ever, for your generosity 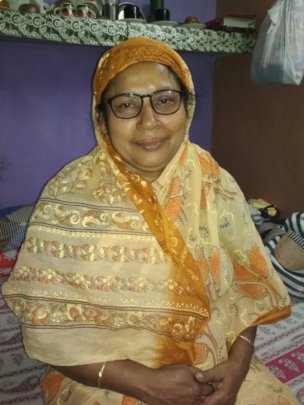 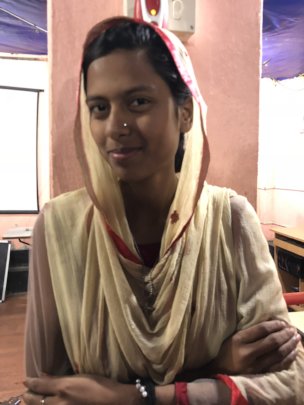 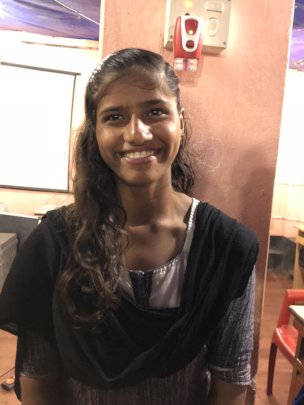 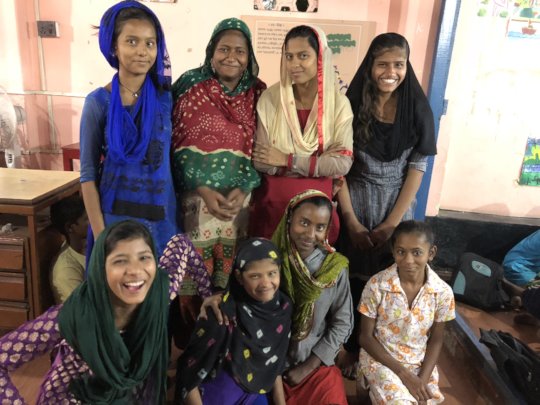 How you have transformed lives through microloans 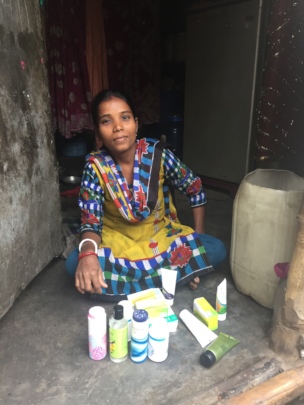 Shankari shows us her products

My most recent trip to Kolkata brought yet more positive stories from this great project.  Your donations have been put to work as small loans to Kolkata’s poorest and most marginalised people: rag pickers and the ultra-poor who live in shelters alongside the railways and open sewers in central Kolkata. Since this project began over £16000 has been invested as small loans (of less than £250).  Every loan comes with a story – many of which you have read in my reports over the last 2 years.

Please consider a special donation this New Year. Every sum donated is loaned to a vulnerable woman who will use it to improve the family income, keep her children in education and even to help her avoid domestic violence. And she will repay the loan which can then be used again and again to help more families. Read on to see how your donation will be spent...

This time I met a group of women who form a CIG (credit interest group). The group members are jointly responsible for loan repayments and also for deciding on who gets new loans.  The members of this CIG all live in the Topsia canalside squatter camp.  Tiljala SHED staff tell me that all these beneficiaries make their repayments early each month (who ever heard of that?)

Here are some of their stories…

Shankari  sells toiletries door to door.  Before she took out a Rs15,000 (£180) loan she used to sell cheap disinfectant.  With the loan she was able to buy much more interesting and high value stock.  She has kept her customer base but has doubled her income.  Shankari’s husband is a fish seller and they live in a shelter together with their 4 year old daughter.  One of the conditions of the loan is that beneficiaries should commit to keeping their children in education.  Well Shankari’s daughter is too young for kindergarten but she is, nevertheless, paying for her to have private tuition.

She has opened a bank account and manages to save Rs500 9360 per month as well as repaying her loan.

Shankari also told us that she suffers much less domestic violence now that she has economic independence.

Kakoli has run a small tea stall on the edge of the squatter camp by the main road for 10 years. With her loan she was able to diversify and offer her customers paratha and boiled eggs and guguni (pea curry) for breakfast. Besides repaying her loan (early like Shankari) she is saving to buy a house of her own.  She wants another loan after she has repaid this one so that she can start selling evening snacks too.

Purnima also sells tea and snacks.  With her loan she diversified into other products – sweets and biscuits. She too is looking forward to a further loan to be able to grow her business. She proudly told us how her daughter is training to be a nurse and her son has just passed his class 10 exams.

When I meet the beneficiaries I hear stories like this again and again.  I had not expected the loans to provide more than economic benefits, but the social and personal benefits are really significant. These amazing women, given a little training, support and investment can change not only their own lives but those of their families and communities.

They are able to lift themselves out of poverty and aspire to life in mainstream society, marginalised no more. 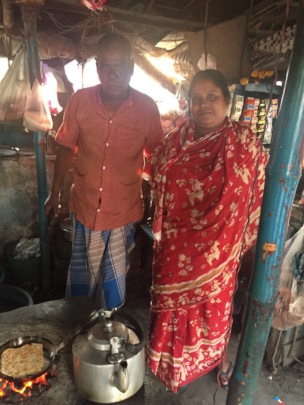 Kakoli and her tea shop 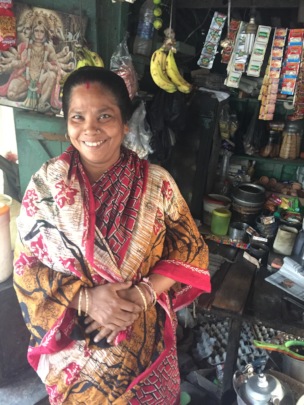 Purnima's shop
‹ 1 ... 13 14 15 16 17 18 19 20 ... 24 ›
WARNING: Javascript is currently disabled or is not available in your browser. GlobalGiving makes extensive use of Javascript and will not function properly with Javascript disabled. Please enable Javascript and refresh this page.