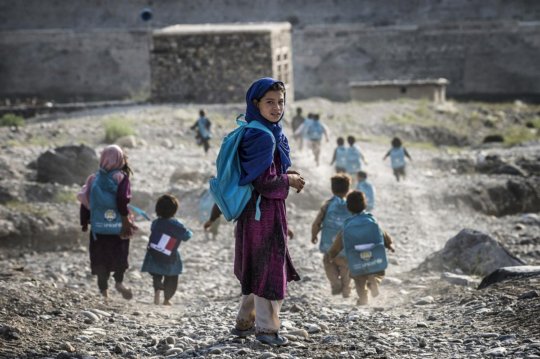 picture of girl looking back

This past year has been filled with many events, including a few bumps in the road. As always, we persevere and march forward into the next year. Our main blip in the road was the damages sustained to our well. The well, built in the early 2000’s, has had its wear and tear from usage over time. The pipes broke and needed replacement. The well had an amazing lifetime. Serving over 500 families a year means the overall cost of the well was about $1 per family per year for safe and potable water. Our friends and families in Afghanistan look to the well for easy access to clean water. We set up a funding project on Global Giving to raise $10,000 for a replacement well, but it only raised $1700. The well is a priority, and we are extremely grateful to the Wardak family who came together and donated the funds necessary to repair the well before the ground froze for the winter. We appreciate that the family also funded the updating of the project’s solar panel system. And, we are excited to announce a New Year’s agreement! The Wardak family has grown and now that the younger generation is working, they want to take on the responsibility for the monthly operational costs. This allows K4AK to focus on funding the clinic and new additions to the project.

We have also made great progress on our hospital. Our clinic keeps up with most health needs of our village and schools, however, we had the opportunity to work with a doctor who wanted to help start the hospital project years prior. Construction started earlier this year and finished the foundation. Most buildings use concrete or bricks for foundations, but we decided to use an effective and cheaper alternative: Afghan bedrock. We used the plentiful rocks and the bedrock itself to create the foundation. We added steel reinforcement rods for structural strength.

We are proud to have great friends at Northville High School. Our local school supported our project during a model United Nations tournament that they hosted. The event raised $800. The University of Michigan also matched the donation so the event raised $1600. We are immensely grateful for the amazing students in our local area. We also worked with the Northville Rotary on a wonderful Empty Bowls fundraiser, in which donors got to experience the meager meal of bread and soup that our families in Afghanistan traditionally eat.

In our Alternate Christmas Fair, we sold holiday gifts like chocolate dipped Oreos, pretzels, and some scarves our friends in Afghanistan knitted. We are happy to make specialty chocolates for anyone who would like to purchase for special events. All profits go directly to K4AK. Contact us with your event needs at kids4afghankids@yahoo.com

As we continue steady progress in promoting our village’s health, we also continue growing their education. The schools we have built teach children important subjects much like one would see in any American primary school: English, the regional languages of Dari and Pashto, science, history, and mathematics. When the Taliban controlled large swaths of Afghanistan, women and girls were prohibited from attaining the education that they deserved. We uphold the ideal that all people are truly equal, so we built schools for our boys and girls. The fruits of our labor can be seen in the photos showcasing the happiness inspired in our children who are so lucky to have a school! In the next year our focus will be on our second campus so we can offer education to even more children waiting to attend school.

Interesting Fact: According to the United Nations, an organization that has already established schools for women across northern Afghanistan, women account for only 20% of the population at Afghan universities. Motivated by equality, we hope to continually increase that number to 50%, and because of your help, we are steadfast in our journey towards equality and an ultimately better world! On behalf of our Afghan families we thank you for your continued support. Please donate so we can continue to make the world a better place. 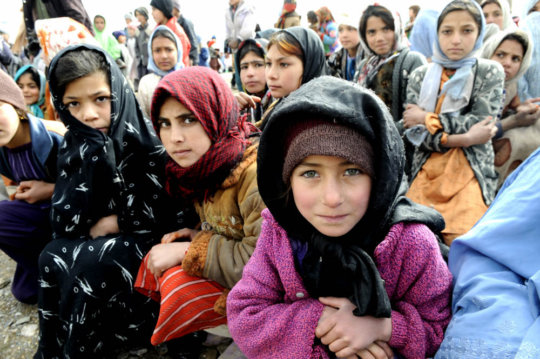 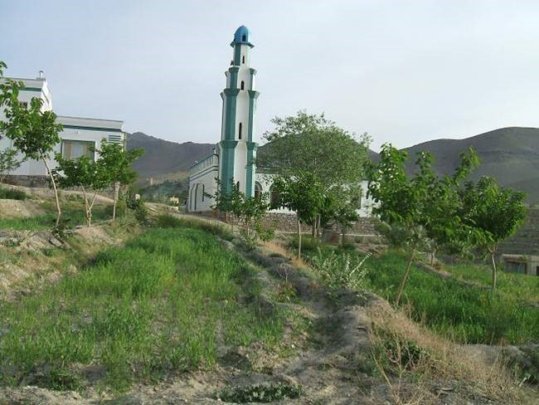 There were a few instances for our project in which we failed forward. The first that comes to mind is our past plan for a saffron garden. We had planned this around the end of 2014, and wanted to grow saffron because northern Afghanistan has the perfect climate for saffron: there is ample sunlight, and it is just dry enough to support its cultivation. We also had the space in our sattelite campus, which contains a garden as well as animals. The animals graze off of the grasses, and produce much needed milk. However, we had plenty of space that was not being used, and we thought that it would be brilliant if we could harness that land and use it to grow saffron. Saffron is an expensive commodity, and if we harvested it for a few years, we would easily pay back the investment needed to purchase the bulbs. That was where we encountered our "failure," because we did not raise enough funding for the transaction, and the money we already had could not be diverted; it was being spent on food, the well, and paying the teachers and doctors working on the project.

Another not yet fulfilled goal is to get the teachers on the campus bicycles. They frequently have to traverse large stretches of land, and having bicycles would save their energy for teaching.

Another instance of falling forwards is with our well. Our well has been operating for quite a long time, producing safe water for the villagers to drink. Without it, a lot of money would be spent of shipping water into the campus, which would be much better well spent in other places. Unfortunately, like all structures, the well has a breaking point, which we already reached. Some of the older pipes gave out, and since the well is deep underground, we will need to raise ten thousand dollars to fix it. If it is not fixed soon, then a near crisis situation could arise, because of how vital water is and the number of people who depend on the well in our villages.

Unfortunatley, we also had to break with a long term tradition: the K4AK Hoedown. Previously, at our partner elementary school, we would host a hoedown, which had a silent auction. This auction would help raise valuable funds for the program, and has been a staple event that we host. Unfortunately, the past year we were unable to go forth with the Hoedown, due to logistical issues. We could not find a suitable location, because the school was unable to host it. The scheduling ended up taking so long that we simply had to call it off.

Despite these problems, we are continuing to work on creating a satellite village, on our northern campus, for housing more people and as a reserve location in the case of an emergency situation. Throughout our difficult journey, we have remembered why we started in the first place: to truly make the world a better place for those who need it the most. And although we have had a fair share of shortcomings, we will never stop in our quest for improvement!

You can see our goals for the next year with this link (http://kids4afghankids.org/results), which underscores our wishes to create a saffron garden and to purchase bicycles. We have had many great successes, and have greatly helped countless childrens' lives. Our commitment to our fellow people on the other side of the globe has already lasted 17 years, and those years have been absolutely wonderful. We, like any great project, have had some minor setbacks, but they have not, and will not detract from our mission to continue providing our fellow men, women, and especially children with the quality of life that they deserve. No matter what "fails" occur, we will not fall back, but will stride forward!

We will be updating our website weekly from now, just to show our continued drive for meaningful, lasting change. Please visit us with this link: http://kids4afghankids.org/  We also plan to add a new Global Giving project to raise money to repair the much needed well.  Also, be sure to log into Global Giving on Giving Tuesday, the Tuesday after Thanksgiving.  Global Giving will be offering programs that day that will make your donation stretch even further. 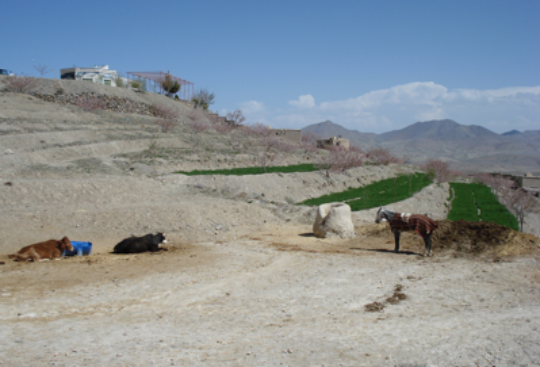 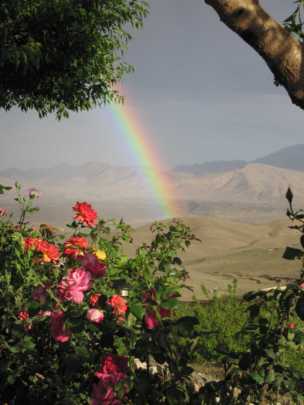 View from the Garden 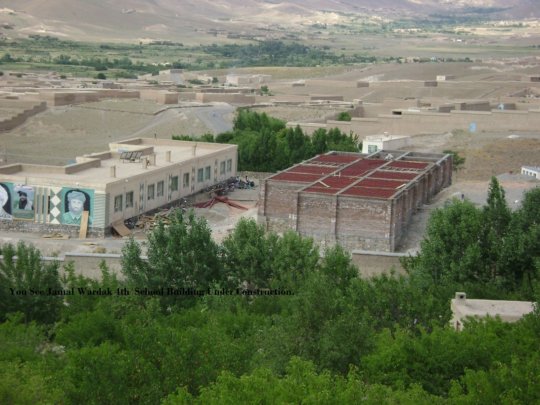 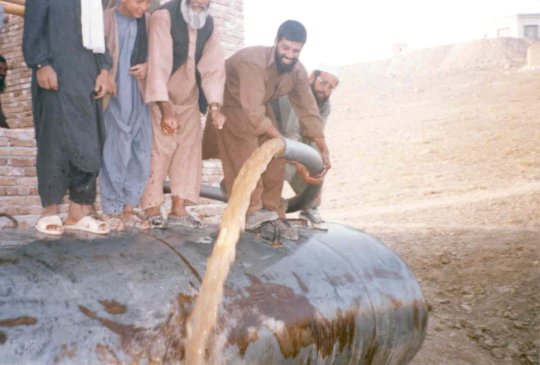 The first cascade from the deepwater well 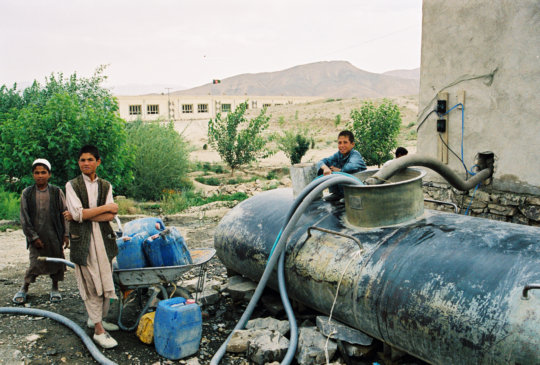 Working on the well

Recently, Kids 4 Afghan Kids undertook a massive project that will improve the quality of life for all of the people in our project. We decided to build a hospital, a much needed improvement to the small clinic and dentist’s room we currently offer. To erect a hospital in the cheapest possible manner, we decided to use the plentiful granite-like stone scattered across the Afghan landscape. We then only had to purchase supplies not readily available, like metal reinforcement rods, and lumber.  A generous grant from the HELP Organization is funding this project.

The hospital is steadily progressing from an innovative idea to a viable reality. We expect it to be completed within five years, and will be fully operational for our children and citizens. This hospital will be built on our current campus, as we are still developing and working out details of our satellite campus that is located north of our current campus.

An Afghan family donated most of the land for the northern campus.  Kids 4 Afghan Kids will purchase the remainder land, and we will set it up as soon as possible. This allows us to reach out to even more children who do not have access to education and health care.

We did not just achieve steady progress in promoting our village’s health, but also their education. The schools we have built teach children important subjects much like one would see in any American primary school: English, the regional languages of Dari and Pashto, science, history, and mathematics. In fact, when the Taliban controlled large swaths of Afghanistan, women and girls were prohibited from attaining the education that they deserved. We uphold the ideal that all people, regardless of any inherent quality, are truly equal, so we built schools for our boys and girls.

The joy on all of our students’ faces is what truly makes it all worth it. Thanks to global giving, we were able to raise funding to help these magnificent projects. With your support, we truly made a difference. According to the United Nations, which has already established schools for women in Northern Afghanistan, women only account for 20% of the population at Afghani universities. We are hoping to monumentally increase that number to 50%, and because of your help, we are steadfast in our journey towards equality and an ultimately better world!

Attachments:
‹ 1 2 3 4 5 6 7 ›
WARNING: Javascript is currently disabled or is not available in your browser. GlobalGiving makes extensive use of Javascript and will not function properly with Javascript disabled. Please enable Javascript and refresh this page.