Solar light energy has been a game change for our kids 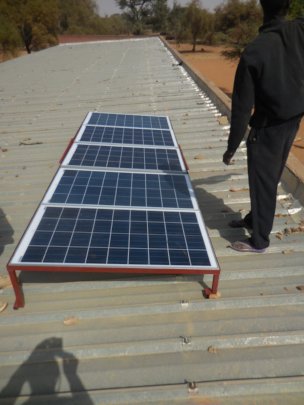 For the school year 2018-2019 that has just started, the CBG-WA team has visited the project areas and met with students and school teachers of the villages of Kamsi and Djomga. The solar electrification project of the primary school has benefited more than 1200 students in both villages. Students and parents’ thanks donors for bringing them solar lighting power system. Six (6) classrooms in Kamsi have solar systems installed, while in Djomga three (3) classrooms have been electrified.

The benefits of the solar electrification system in these two villages are obvious. According to the teachers, the overall returning students have successfully satisfied the credit score requirement last year. They are promoted, as they met the expectation from last school year.

Kadiatou who is a student parent said that: “having the solar energy lighting system in the primary school has been a game change for our kids. They are really motivated to study day and night time, it seems like they even enjoyed the light. So, the solar light is giving them knowledge. At night time, my kids like to study, which wasn’t the case before."

Students and teachers reported to our team that, now everything works well. The leaders of both schools have once again welcomed the initiative and thank CBG-WA, and they have also reiterated the funding to continues with other solar based projects.

They also said that students and teachers need school supplies.  Your individual and collective contribution have made a difference in these two villages, we are now moving to expand these experiences in other remote area with no electricity grid connection.

With your donation, more villages yet come! 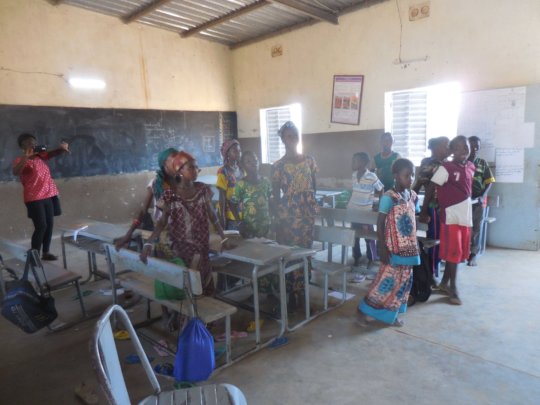 Inside of the classroom showing solar light 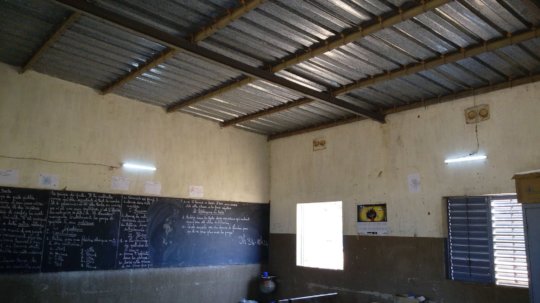 Inside of classroom showing the solar light 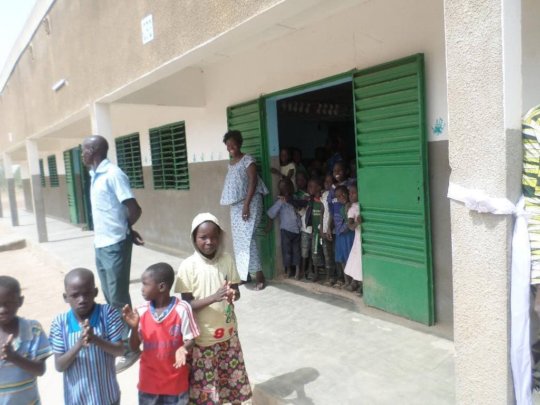 We do not only have water, we growth crops too 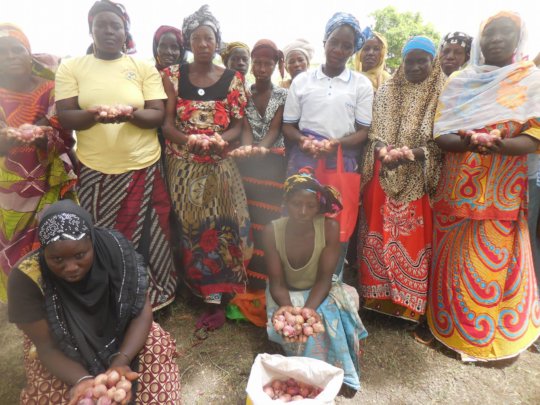 With the rainwater catchment basin, we do not only have water, we growth crops too!

Last month (June 2018), CBG-WA local team have visited the three beneficiaries’ villages of the water projects including the villages of Kamsi (Boulkièmde province), Kougny (Nayala province), and Djomga (Séno province). The three villages are apart from each other with Kamsi locate at the Center West region, Kougny in the West at the Mouhoun region and Djomga at the farthest North in the Sahel region which is the driest area in the country.

According to the women, after harvesting on May, they are now preparing for the nexrtdry season which will start from September 2018 till  April or May of 2019.

Elizabeth, the president of the women association of Kamsi said that, "with the rainwater catchment basin, we do not only have water, but we also growth crops with solar power irrigation system. We can manage our time now, and we just have to press the button for watering our crops, and this year CBG-WA gives us soil moisture sensors to monitor our soil humidity, we got three sensors, so we don’t have to waste water. As we use solar energy, we don't worry about paying fuel or gasoline for irrigation. I can tell you we have a better performance of our vegetables garden. The garden is a very successfull activities, and we got food, and re-sell the surplus in the local market. Sometime, animals come here to destroy our crops, this is problem that we want to solve now with fence.”

For Saliou the president of the groupment of Djomga said that, "we hope to collect more water in  this rainy season, so we can growth more crops till May of next year."

For CGB-WA, we believe that your donation can make big difference, because we have been overloaded with call from more than 200 villages asking for implementing this type of project in their areas.

Thank for you donation and support. 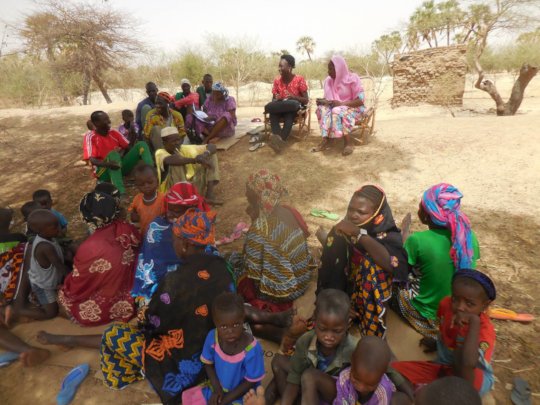 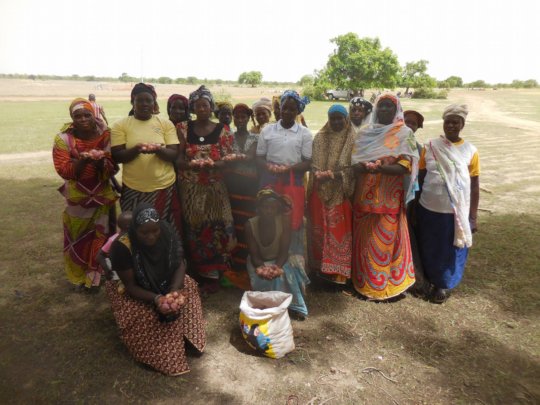 Growers of the village of Kougny 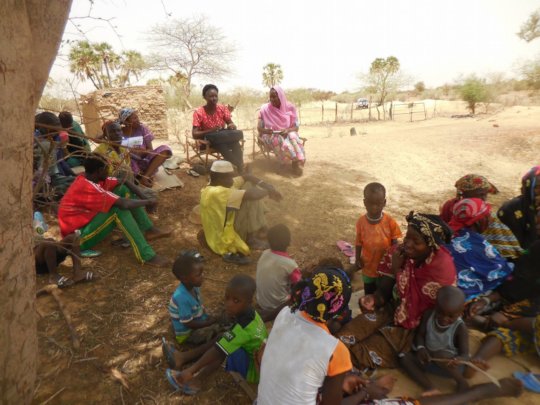 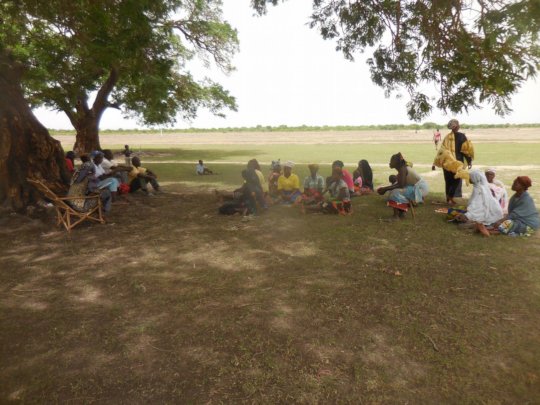 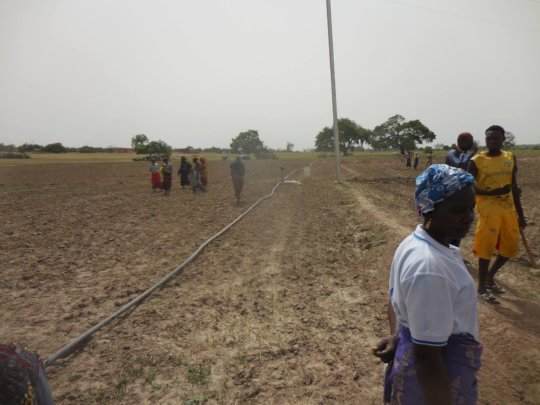 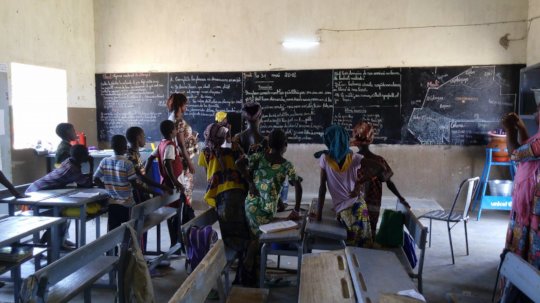 Inside classroom with solar lights, Djomga

School electrification has increased success for our kids!

The directors of the elementary schools in the villages of Kamsi and Djomga both said they have now a smile on their faces, thanks to the solar power lighting system, and thanks to the donors.

Noabila, the director of Kamsi School said that: “If you see inside the classrooms, you know that things are not like before, and in most of the class about 96% of the students were promoted. For the 6 graders, about 60% of the students got their primary school certificate which is knowing as CEP degree in Burkina Faso, now they are getting ready for the middle school  for the next fall. I can tell you the kids are more excited to have the solar light, and our solar light is the only one here in the village, you can't find such system even in the surrounding villages, so parents or school board can have meeting here after class.”

Djomga has a new school director, he said that "this is an amusing thing I can’t believe in my eye. I wasn’t expected such good work condition here in the Sahel region, usually as a teacher I am equipped with petroleum lamp. I found that the students studied most of the time, and this has been a key factor to increasing school overall performance."

With the solar electrification pilote projects provided to Kamsi and DJomga in rural area Burkina Faso, the local communities have many times thanks this project initiatives, and also thanks all donors for their helps. Because educating the kids is educating the nation.

Your donation is very much appreciated so, we can power more schools in the deepest remote areas in Burkina Faso and all Africa. 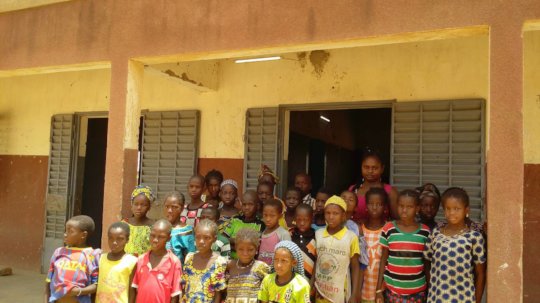 Students of the elementary school, Djomga 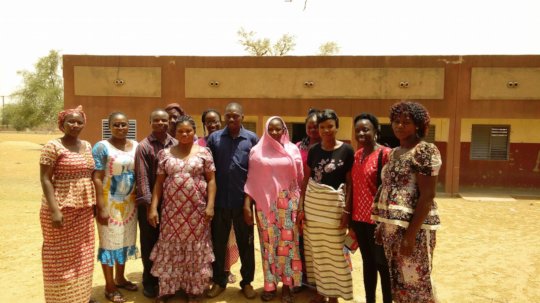 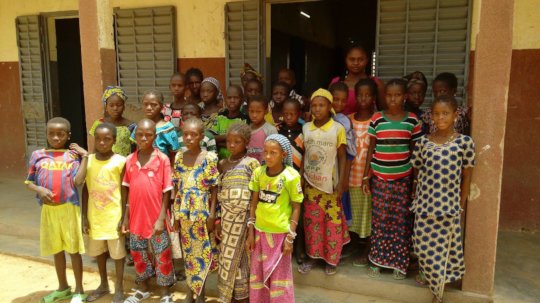 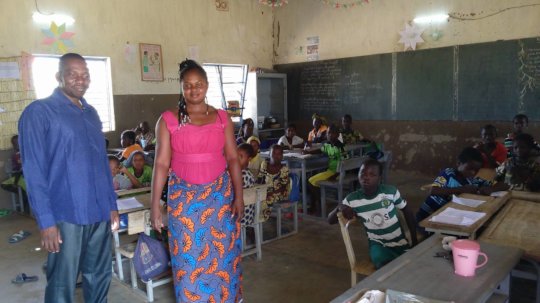 School Director and teacher, Djomga
‹ 1 2 3 4 5 6 7 8 9 ... 13 ›
WARNING: Javascript is currently disabled or is not available in your browser. GlobalGiving makes extensive use of Javascript and will not function properly with Javascript disabled. Please enable Javascript and refresh this page.