Members’ of five different associations lead by AEFA meet this week to sensitize listeners of Cameroon Radio and Television (CRTV) on the importance of CD4 test. It was during a program of thirty minutes where told focuses on the CD4 test. The program invited mrs EUKERIA, nursery as a guest.  She explained skill and processes of protecting from HIV / AIDS. According to later, the most important thing to do when infected by HIV it is to realize CD4 test in view to assure to the human being a good medical treatment. Each of the five members participating on the program gave their recent date of CD4 test and the medical drug and attention and advices giving to them by their respective doctor. Through the program, listeners understood that the test should be done each six month. Base on some testimony did by the president of a local association of PLHIV in godola village; we discover that she lives fourteen years without taking ARV because she has more than five hundred viral charge. Looking the importance of the CD4 test in the process of taking care of PLHIV, members took decision to put in place a permanent strategy of sensitization to the other PLHIV in view to make them know the real importance of CD4 test and to fights against stigmatization so that by a time we may have a common understand by a PLHIV community that long live is very possible by knowing his or her viral charge and by following the medical prescriptions.  “Don’t stay home and without doing your CD4 test, because by doing it, you will know the total viral charge of your organism which will lead for a better care and don’t be ashamed to do it” this is the sensitization message sent by Doudou to other PLHIV.

AEFA Cameroon for its part is giving more power to its associations by financing their incoming generated activity which benefits should be used for health problem. Regarding the CD4 test of this semester, AEFA will make the five members taking part of the radio phonic program do it for free. Fighting against poverty and HIV AIDS in the youth milieu is an objective that the organization EFA Cameroun is seeking since his creation in 2005. The global vision is to improve the living conditions of PLWHA by encouraging network member associations to develop their proper IGA according to their choice and environment.
Despite the transition of the organization, supports from Global Giving  is taking functionment expenditure of EFA Cameroun and help to finance initiatives  and psychological and health conditions of the network members.

Following the supervision mission on the 2015 December in the Tokombéré sub-division belonging to Mayo-Sava Division and in the Moutourwa sub-division in the Mayo-Kani Division all from the far-North Region Cameroun, AGAM and AJESTOK associations from these two places present two realistic projects notably the breeding and selling of goats and sheep for AJESTOK and the farm work by plows and donkeys for AGAM.

The EFA Cameroon Staff under the coordination of Mr ALIM, agreed in accordance to use the budget of action plan support for the establishment and the implementation of the two sub-projects for 400.000 Fcfa

The day of 9h February 2016, EFA Cameroon staff went first of all in Tokombéré in AJESTOK association to handle over their support. Real discussion went on the development of their IGA where members presented the monitoring strategies for the sustainable development of the sub-project. Then, eight (08) goats and two (02) sheepswere buying to five members for the beginning of the activity of breeding and seeling.

The five beneficiaries engaged to make good use and promise to handle to five other members after collecting a lot of benefits so that finally all members of the AJESTOK association should profit from the sub-project.

I am a financial secretary of AGESTOK, I thank EFA Cameroun for the gift coming from Global Giving supporters. May Good blessed and give more effort and power to donors for their actions. I am going now to involve myself in the business of selling these gots. It will help me to collect my benefit and use for my own needs. Thank you once more.

“I am a President of AGESTOK. I thank very much EFA Cameroun for his effort and actions to us every time through the financement of Global Giving. This helps will bring a lot of hope in the association and will enable each member to provide food, to accomplished health duties and to ameliorate his own live.  I think that this time, we will put a lot of serious in the activity of selling animals as we selected. We wish that this one should success and then we can move forward with other activities like dealing with food product.”

During the same day, EFA Cameroon staff went in Moutourwa where members of the association AGAM are up at the home of the treasurer. After the pleasantries of uses, the objectives of the meeting were declined notably
Support for AGAM’s IGA. Regarding their proposed purchase of two donkeys and two plows that was done and officially presented to the members,
They claimed their ambition, which is to do a community farm, work f in the farm of populations and renting these plows and donkeys against remuneration.
Expressing their gratitude for the support given by Global Giving through EFA Cameroon, members promise to safeguard these assets to support their association and provide support to members in necessities. According to members interview, this activity will consolidate all members and facilitate solidarity between members and to cover their need in term of drug which are so important for the victims of HIV.

TESTIMONY
“I am a financial Secretary of AGAM of Moutourwa. As we are the person living with Hiv we need a very good support in our daily live. That is why for the  Incoming  Generating Activity that we are going to undertake through the help of EFA Cameroun coming from Global Giving, I am very very happy for that and I thank everybody and each one who bring his or her part for the successful of this help thank you and Good blessed you people.”

“I don’t have any think to say just to thank you very much for your help we stay a long without any meeting between us and now FFA Cameroun came give us help and join us there is nothing more than that for our kine of people. But I also plead that Good should provide you power so that we can have a “charette” this will permit us to have benefit at any moment. Our own responsibility is to keep well all he material of the association.”

“My name is BRIGITTA I am 10 years I am in class 3 and old in Government Primary School Moutourwa while tanking EFA Cameroun for its gift and Global Giving; I use the opportunity to ask for school material for the kine of students like us because I want to school.” 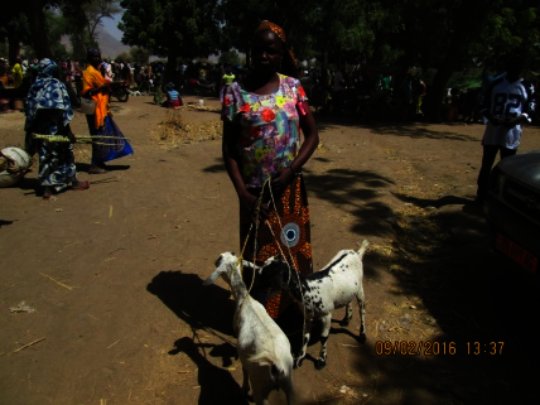 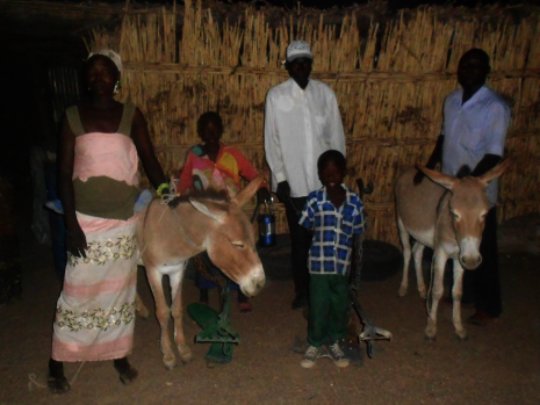 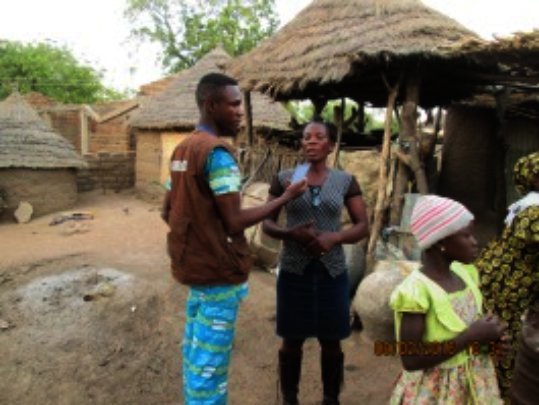 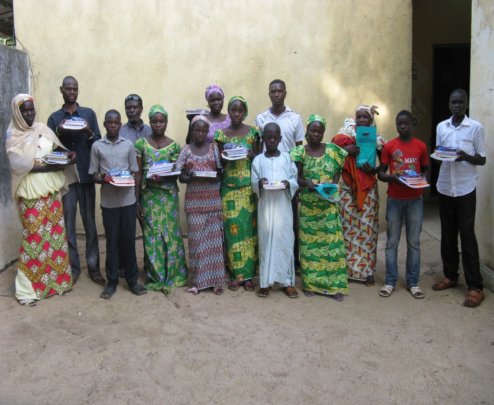 In order to be part of 2015/2016 academic year school resuming, AEFA Cameroon gave some scholar materials to PVVIH women’s Children. This was through the ceremony of donation organized at the conference hall of AEFA Sunday 7th September 2015. Some fifteen students and mothers received each scholar materials from the secretary general of AEFA Cameroon who asked beneficial to work hard during this year in order to success. Each back of gift was constituted to pens, pencils, books, razors, calculators, arm board evaluated at 100.000 Franc CFA. Beneficial’s are children of PLHIV belonging to AJEPS of Maroua. According to the president of AEFA Cameroon, it’s very important to be interested to the education domain at this moment where every student is looking for school way and it’s one of the major field of AEFA’s intervention which help to educate and sensitize youth of our associations. We are even looking strategies to make performances of those students to be an attractive one in their different schools. Some receivers expressed their gratitude in the following steep.
I ‘am called KERA, I am in class six they gave me books for the new academic year for that I say thank you and it will help me to study and I want to be a doctor.
Through people of USA, AEFA gives us gift for this academic year. I thank you very much; May Good blessed those donators.
I am called BERTRAND student in 3ème in government secondary school Makabaye-Maroua.
Good evening I am called Nafisatou,
I have been promoted to 2nd this gift is encouraging and I want
to become a teacher.
I am called MARTIN in 3ème in government high school Doualaré-Maroua. It’s Good who gives us this wonderful opportunity which gave a lot of pleasure; and i thank AEFA for all its efforts.
YAYA, member of AJEPS I’ am very satisfied for the gift giving to us. I was daunting to look for a way to by books to my sisters and brothers it’s now an easy task for me.
I first of all thank AEFA because parents are facing a lot of difficulties for the school resuming precisely with the insecurity problem which cannot permit parents to follow their Incoming generated activities. We plead that donators should not forget their associations because we are looking to do that king of action each year for children coming from PLHIV.
As a mother I have the pleasure to say thank you to people of USA. Thank you to AEFA which use to guide us. My child will to school with all his books through this gift.