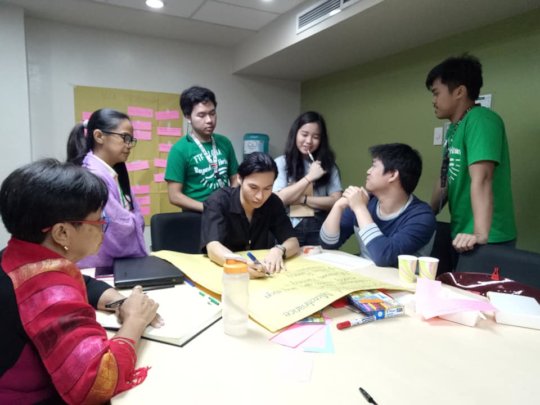 Moreover,  aspiring students  for  the  LSEED Fellowship program  participated in  the  series of workshop which  were organized for  the community members.  They attended as  participant-observers, sharing  the  advocacy on Social Entrepreneurship.

The implementation of  another series of   workshop for another batch of community members from COSCA’s other partner organizations/communities in Metro Manila, and the identification of  student “champions” on social entrepreneurship are strategies that will support the development of social enterprises in urban poor communities. The series of workshop also aim to deepen understanding  on trends and opportunities identified in the scoping as well as identification of immediate action plans for Boot Camp 2019 to enable partner communities and students to create social enterprises that are relevant, sustainable and impact - driven. 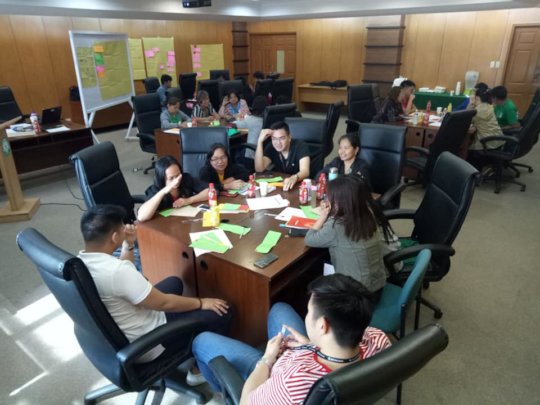 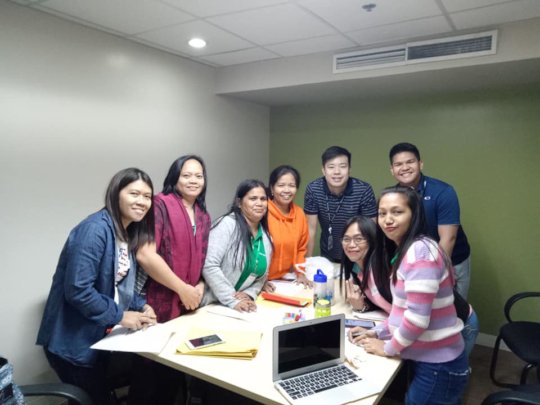 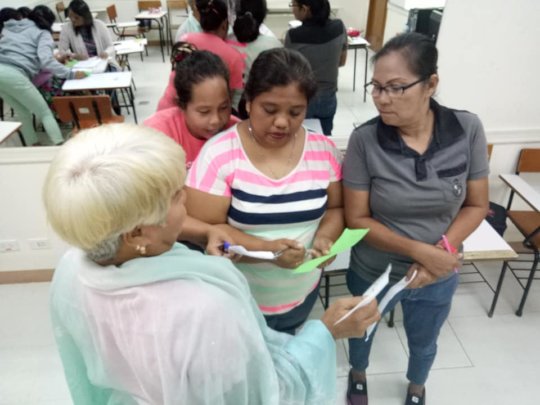 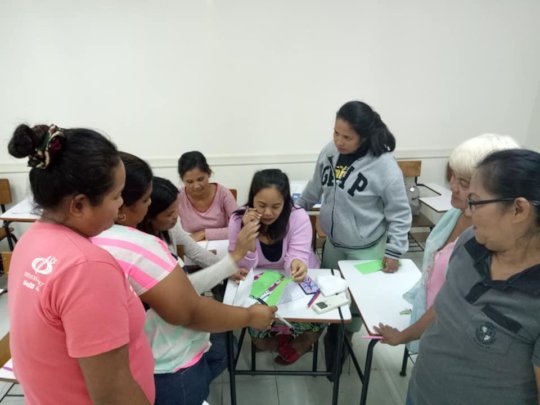 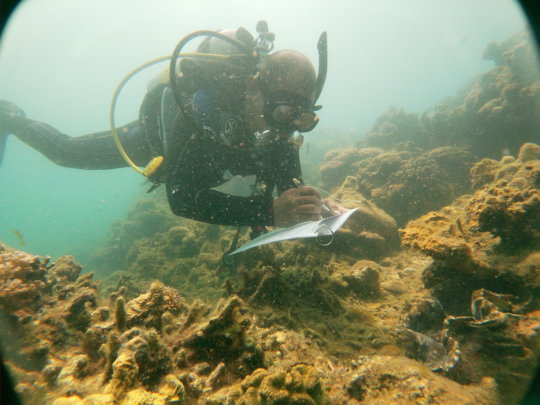 The  concerted  efforts  of  Talim bay’s  stakeholders  facilitated  the  implementation  of  relevant   activities  necessary  to  maintain  the bay's biodiversity and health.  Despite  the challenges  faced by local fishers such as pollution, over extraction of marine resources,  and the destruction and bleaching of coral reef which adversely affected the availability of  marine resources and therefore  reducing the income of local fishers, community based-ecotourism initiative supported  by the  stakeholders has provided alternative income for the fishers.

In order to  help sustain the initiative, DLSU- COSCA, together  with the various LSDP-ENVISAGE-CBCRM Lian  stakeholders,  supported  the  March 5 and 6, 2019 checking  and monitoring  of Talim bay reef in  the Marine Protected  Areas  (MPA) of KayReyna  and  Binubusan MPA, respectively.  COSCA's Community Coordinator, Mr. Quenamot shared that the regular Talim bay reef checking  held  last March 2019 was participated by members of the  community,  led  by  organizations of  local fishers like the Lian Fisher folk Association, (LFA) Inc.

Members of the community reef check team attempt to apply lessons they learned from  capacity building activities they attended in their regular Talim bay reef monitoring.  This includes the technique of noting the diverse marine resources and quantifying biodiversity through the roving census methodology enabling local  fishers to identify the fish and invertebrates while segregating   the trash.  The team hopes to learn more techniques and approaches to measure the sensitivity of the reef to climate change, and determine the health or  resiliency of  the Talim bay reef. 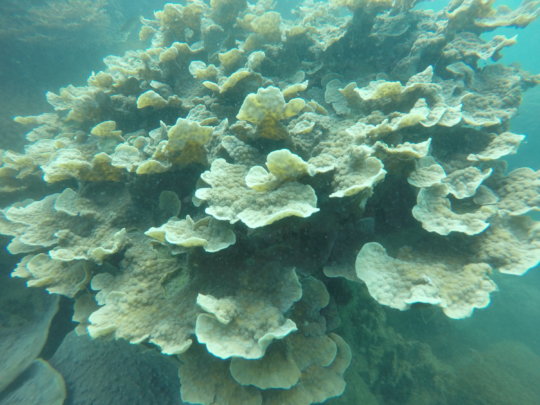 Taking a glance at the corals 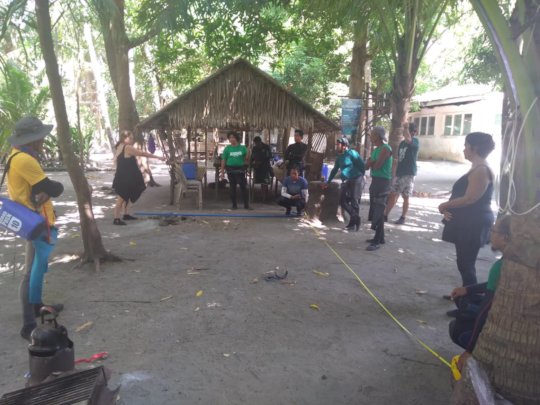 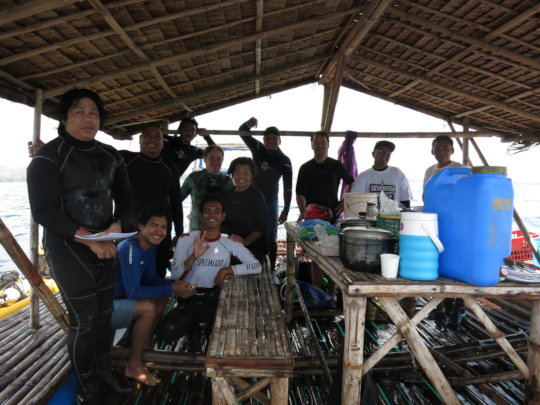 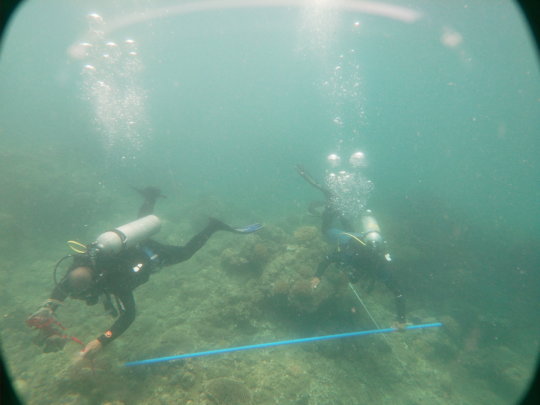 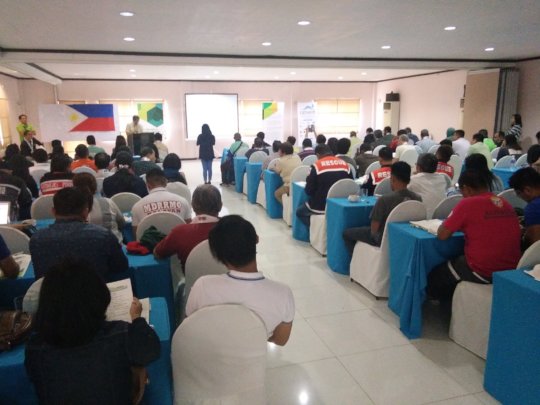 De La Salle University through its Social Development Research Center (SDRC) and in  collaboration with the  Center for Social Concern and Action (COSCA) conducted a Consultation-Forum  on  March 28, 2019 in Lian, Batangas.  The  consultation was participated by the City and Municipal Disaster Risk Reduction Offices (DRRMOs) of the Province of Batangas in Southern Luzon, Philippines.

Thirty-one (31) municipalities and  three (3) cities covering the six districts of Batangas province participated in the  forum.   Sixty (60 ) MDRRMO representatives of  Batangas Province together with 60 International delegates participated  in the DLSU-SDRC-hosted Capacity Building in Asia for Resilience Education Conference organized on March 25 to 30, 2019.

The said forum-consultation presented  the current status of the Multi-Hazard Early Warning Systems (MHEWS) implemented in Batangas Province through its Provincial  ( DRRMOs), updating participants of existing  and emerging standards of  MHEWS, sharing best practices of MHEWS for Tsunami, Earthquake and volcanic eruption through the Indonesian experience and discussing ways to improve provincial and municipal MHEWS.

The Local Government  of Lian, Batangas hosted  the Consultation Forum assisted by  the  COSCA. 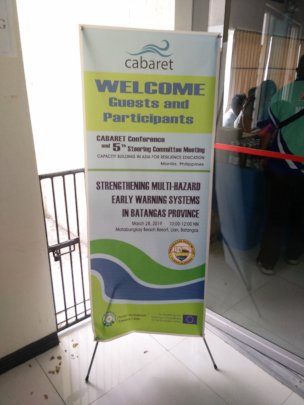 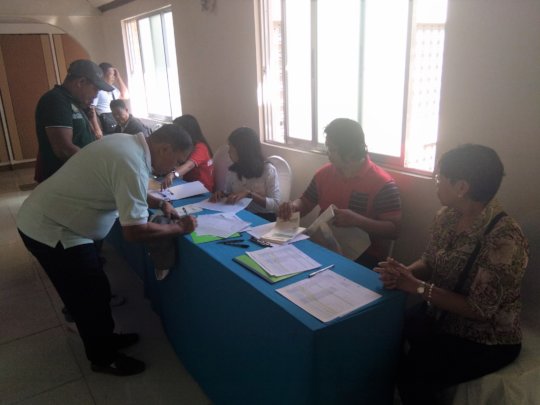 MDRRMOs During Forum Registration
‹ 1 ... 4 5 6 7 8 9 10 11 ... 34 ›
WARNING: Javascript is currently disabled or is not available in your browser. GlobalGiving makes extensive use of Javascript and will not function properly with Javascript disabled. Please enable Javascript and refresh this page.