On Track to Shatter our Goal of a Million Liters! 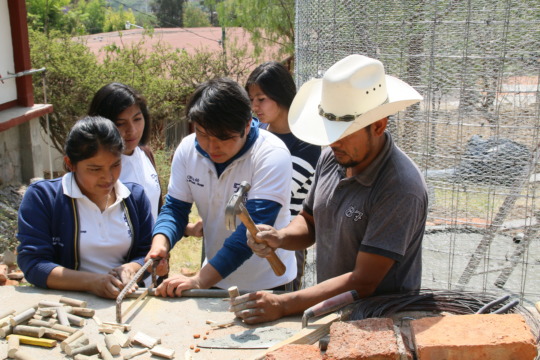 I’m thrilled to be sharing with you one of our biggest updates yet! We had big news last time. Thanks to the support of GlobalGiving supporters like yourself, in conjunction with the Gates Foundation, we provided dozens of new families with rainwater harvesting and filtration systems. This time, through new and existing partners, we were able to increase that impact substantially.

A quick recap: so far this year we've built 68 rainwater harvesting systems representing more than 730,000-liters of rainwater storage - bringing us close to the 75% mark of our 1 million-liter goal this year! And, we're only halfway into 2017!

Working in partnership with various organizations, community groups, and literally dozens of school students, we’ve built 26 new rainwater harvesting systems this quarter – representing more than 206,000 liters of safe water storage –  accompanied by an additional 30 ceramic water filters. Additionally, we’ve expanded one of our high school projects to include a slow-sand biofilter and a biochar treatment system (both with a 300 L/day capacity).

These projects were generously funded by 100 Women Who Care, Lloyd’s of London, University College of London, El Maíz Más Pequeño, GlobalGiving supporters, and even our own staff who turned their wedding into a rainwater harvesting fundraiser!

There is so much going on with these projects, so I’ll try to break them down by region and partners.

To continue following the progress of our work in rural communities, or to get detailed information on any given project, please take a look at our continuously updated Project Map.

We continue to move forward and have already broke ground on new large-scale rainwater harvesting and treatment systems with partners in the municipality of San Diego de la Unión. But the list of those anxiously waiting to build their own systems is growing every day.

Please help us continue to make an impact in these communities who need safe and healthy water solutions immediately. Consider a donation to our rainwater harvesting and water treatment projects today! It takes less than USD $500 to provide a family with a sustainable source of safe and healthy drinking water for life! Any amount helps us get there. 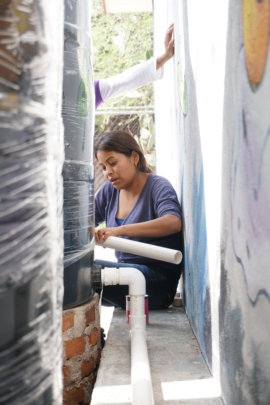 A mother learns to install plumbing 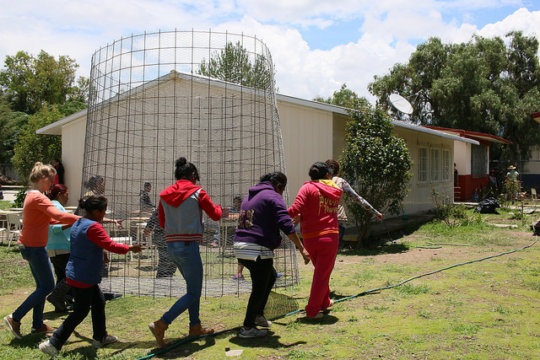 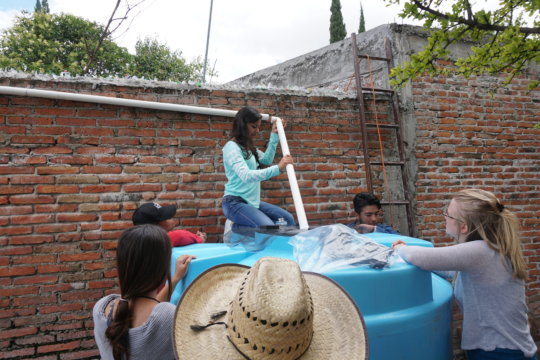 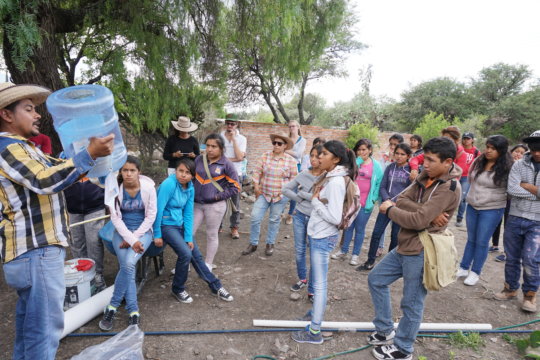 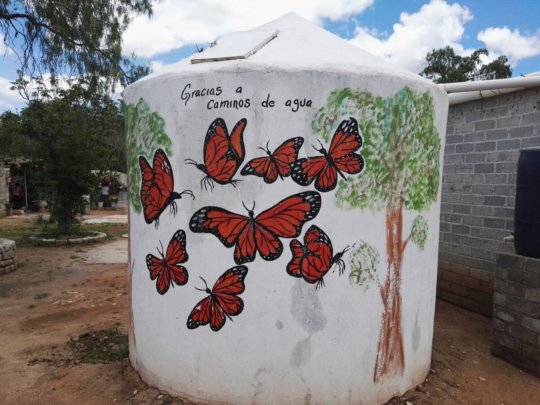 On our Way to 1 Million-liters of Safe and Healthy Drinking Water! 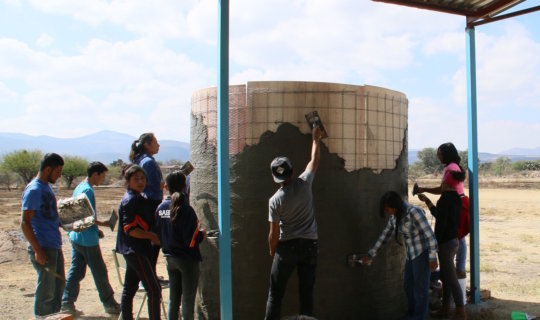 Dear GlobalGiving Supporters,This is a big update for us!  We ended 2016 with a major push on our GlobalGiving Campaign, and thanks to your support, combined with a very generous match by the Gates Foundation, we were able to bring in nearly $8,000 to continue this rainwater harvesting work.Those funds have been hard at work, and with the help of some new partners as well, we have been able to build 22 new rainwater harvesting systems this quarter – representing nearly 270,000-liters of safe water storage! Twenty-one of these systems were built in the communities of Arenal, La Escoba, Llano Verde, and San Antonio de Lourdes: four communities where we continue to expand our impact and enjoy an unprecedented level of community participation.  These 21 systems represent more than 4,000 hours of volunteer labor alone, all provided directly by the communities themselves.We were able to provide an additional 31 ceramic water filter systems for community households as well during these projects. While rainwater is inherently free of arsenic and fluoride, which plagues traditional community wells in this region, it is the ceramic water filters that ensure the water is free from biological contaminants – like bacteria and pathogens – and thus safe to drink. These rainwater harvesting and filter systems will provide roughly 318 people with long-term access to safe and healthy drinking water.Along with these household systems, and thanks to our partnership with El Maíz Más Pequeño – a local NGO working on environmental education in community schools – we were able to build an additional rainwater harvesting system with students at a local high school in the community of Cerritos. The 104 students come from more than 25 surrounding rural villages, and the project itself was organized and led by a group of 7 high school students – all young women – who were anxious to bring these alternatives to their own communities. When no masons were secured to do the more difficult cement work, one of the young women said “no problem…we’ll do it.” The young women of Cerritos were all honored on March 22 – World Water Day – at an event in San Miguel de Allende honoring “Women in Water.”For more information on the Cerritos project, take a look at this short video we put together – narrated by the students themselves.You can also keep up with all of our projects by visiting our new and improved projects map. We are well on our way to supply 1 million liters of healthy water storage this year through our rainwater harvesting and treatment projects. We have some exciting new partners stepping forward to help get us there; so keep an eye out for our next updates.But, we are still a long way off from our goal, and GlobalGiving supporters like you are the ones who have made the biggest impact on this work!  We are going to need YOU to help get us there! Please consider donating to this important work.  Saludos,Dylan Terrell 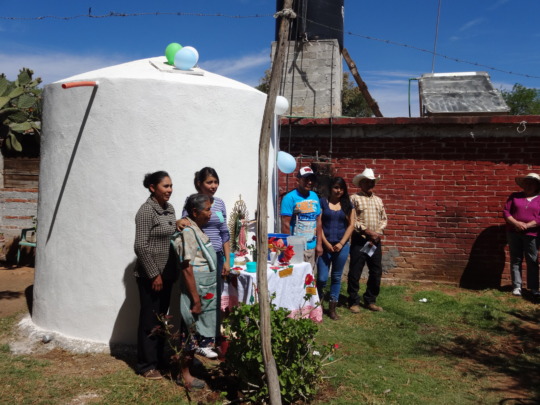 A family inaugurates their new cistern in Arenal 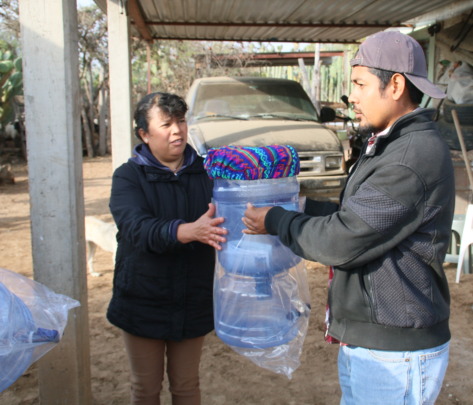 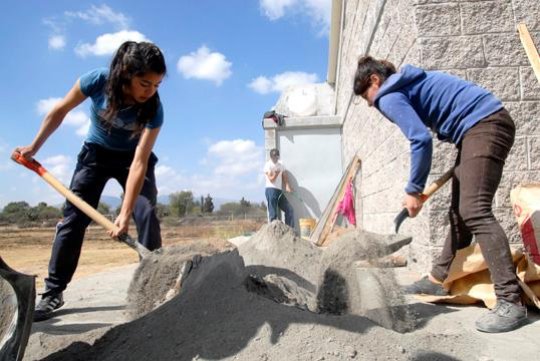 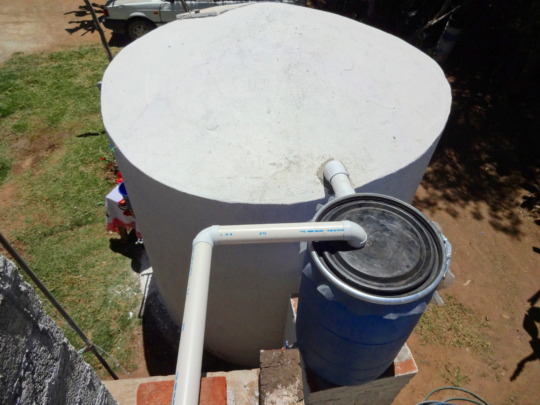 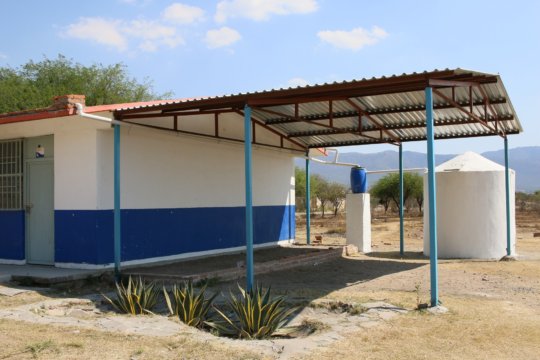 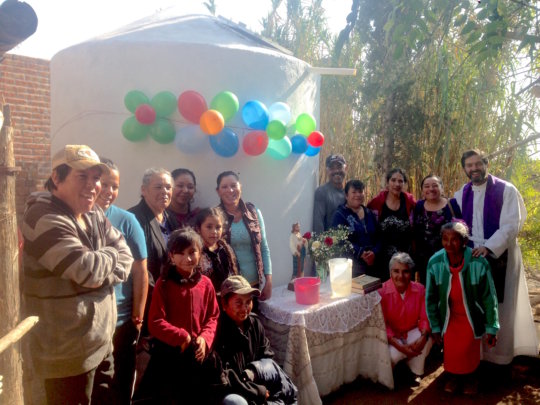 During our last update in late November 2016, we were just finishing a capacity training in a small rural community where we built a 12,000-liter rainwater harvesting system over the course of a week with local community members.  From that point, we continued building additional systems in the communities of Arenal, La Escoba, and Llano Verde.  By early December, all six 12,000-liter systems were finished – providing healthy and safe drinking water to dozens of families in the region.  Additionally, 30 filter systems were installed in the participating family members’ homes, allowing easy access to safe drinking water for more than 150 people!

The communities celebrated their achievement with an inauguration ceremony and party on December 16th (pictures provided).

In the end, we closed out 2016 by constructing 43 rainwater harvesting systems – representing more than 500,000-liters of safe water storage.  When combined with the more than 130 ceramic water filter systems provided in these projects, families in communities throughout the region have the ability to enjoy nearly 5.7 million liters of safe drinking water over the next 5 years before needing to change out their filters.   Much of this was made possible by GlobalGiving supporters like you!

We ended 2016 with a major push on GlobalGiving, and thanks to your support as well as a very generous match by the Gates Foundation, we were able to bring in nearly USD $8,000 to continue this work!  So, we hit the ground running in 2017.  Working closely with the United Communities for Life and Water Coalition, we began returning to the communities of San Antonio de Lourdes, Arenal, La Escoba, and Llano Verde in late January.  All of these communities suffer from some of the most severe water contamination and scarcity issues in the entire region and desperately need more access to safe and healthy water supplies.

We are currently working with these four communities to build 21 new rainwater harvesting systems, providing more than 250,000-liters of healthy water storage!  That is nearly half of the systems we were able to build in all of 2016! Additionally, we are beginning new rainwater projects with organizations like El Maíz Más Pequeño, where we will begin building a large-scale system with women at a local high school.

So, look out for one of our biggest updates in May!

In the meantime, you can keep up with our work by reviewing our project map here.

We would like to sincerely thank Wageningen University who provided the funding for our end-of-2016 rainwater projects mentioned above.  Please have a look at this documentary made by the university regarding water issues in the region we work.

As always, many thanks to all of you here on GlobalGiving.  Your contributions at the end of 2016 are going to help us make our biggest impact yet in 2017!  Please consider supporting this project so we can continue to expand our work in creating a lasting impact on safe and healthy water supplies for communities that really need it.

We are aiming to create 1 million liters of healthy water storage through our rainwater harvesting projects this year, doubling the impact we made in 2016!  We’ve still got a long way to go.  Please help us make this reality. 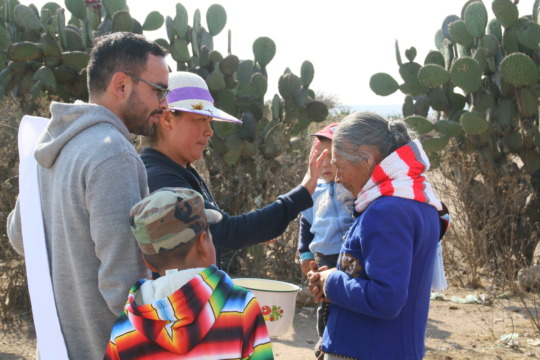 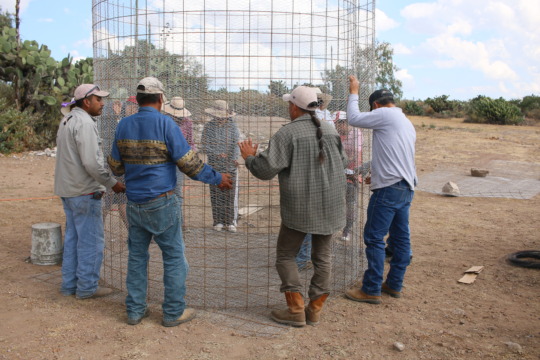 Forming a cistern in Llano Verde 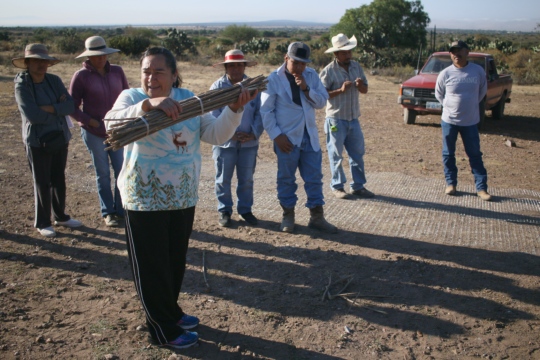 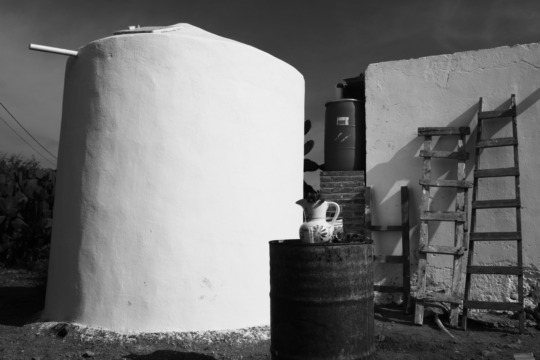 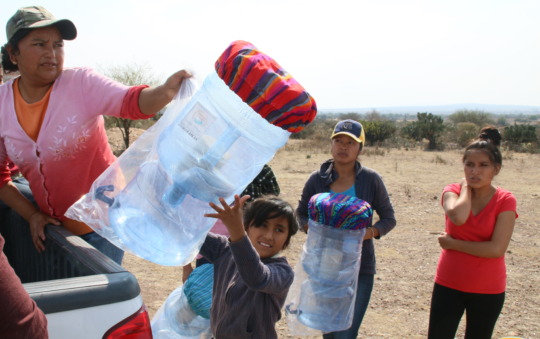