Celebrating a New Year and Lots of Rain 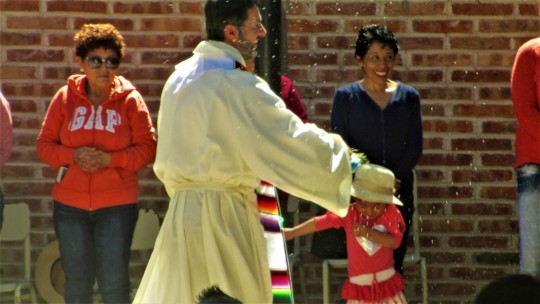 In our last update, we were putting the finishing touches on our rainwater harvesting projects in the communities of Pozo Hondo and La Vaciada. Rainwater systems are badly needed in these communities, which suffer from seriously unhealthy levels of arsenic and fluoride in their drinking water supply – roughly four times the World Health Organization recommendations. In the long term, arsenic and fluoride are correlated with dental and crippling skeletal fluorosis, skin disease, cognitive development issues in children, kidney failure, and numerous cancers. Rainwater is naturally free of these minerals.

So, in response to this situation, concerned members of these communities, mostly women, stepped forward to organize and build 25 rainwater harvesting systems with Caminos de Agua. Thanks to the Gonzalo Río Arronte Foundation and GlobalGiving supporters like you, we were able to provide the materials for all of the systems and an extensive training and education program.

The communities are part of a larger network called United Communities for Life and Water (CUVA-PAS), which represent more than 20 rural villages in the most impacted region of our watershed. In late January, Pozo Hondo and CUVA-PAS organized a massive celebration and inauguration. More than 200 people from nearly 20 rural villages came to celebrate. Representatives from every single community spoke and some even sang songs written especially for the occasion.

The work of the families has gained the interest of the rest of the community in Pozo Hondo, which has more than 300 families in total. Seeing the impact of contaminated drinking water on children, the local elementary school reached out to Caminos de Agua and asked if we would be able to provide educational programs for all of the families and build rainwater systems for the school. This past month, we began a new multi-stage educational program with the 30+ mothers in the elementary school and will be developing new materials through this program. We plan on breaking ground on two new rainwater harvesting systems for the schools in the coming weeks.

There are still hundreds more families in Pozo Hondo and La Vaciada – and 10s of thousands more throughout the region – who need drinking water solutions like these. We are grateful to our partners like CUVA-PAS and INANA, A.C. who helped organize and administer this project and to the dozens of families who provided all of the labor on these systems, which took more than 5,000 hours to build in total. And we are especially thankful to the Gonzalo Río Arronte Foundation and GlobalGiving supporters who made this project possible. Please consider a donation today to help us keep this work alive and moving. 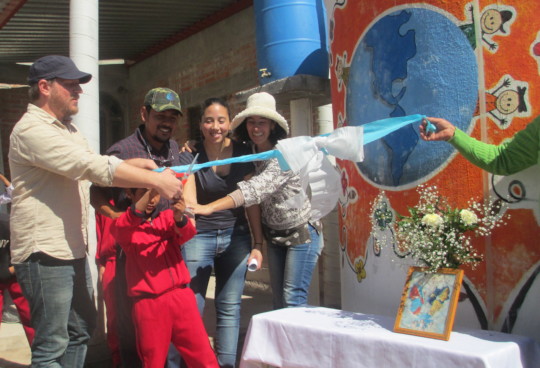 Cutting the ribbon in Pozo Hondo 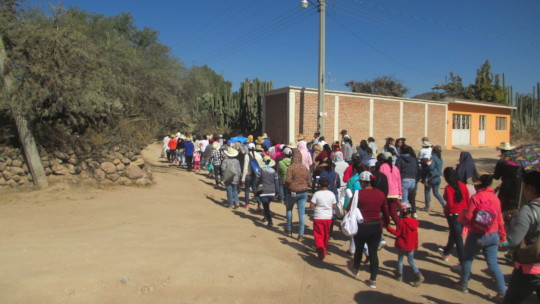 More than 200 make their way to the celebration 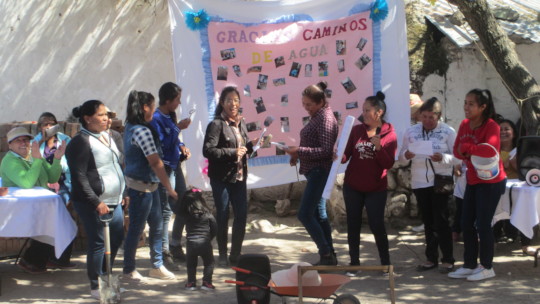 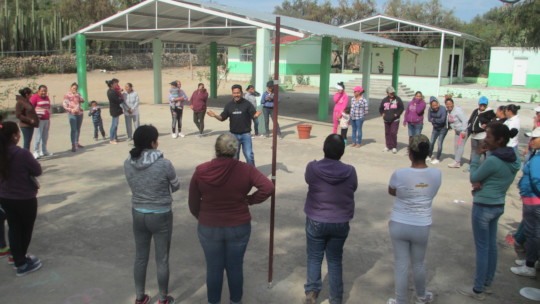 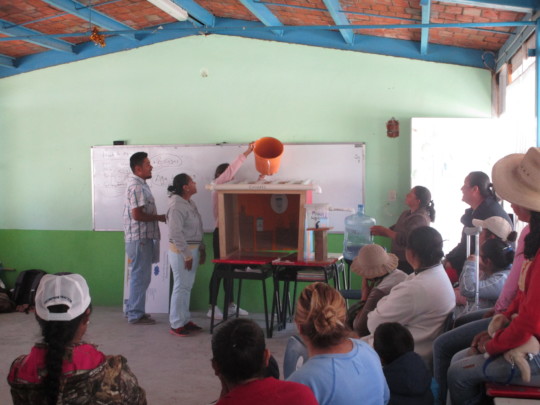 Learning how rainwater systems work at the school
Dec 10, 2018 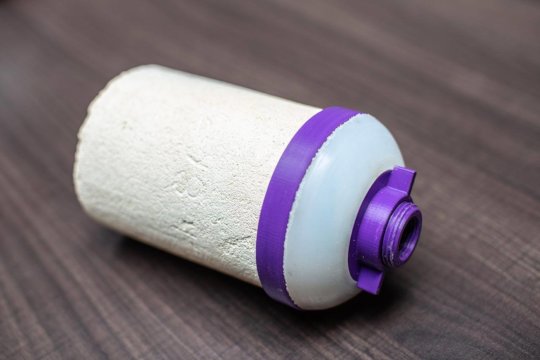 The adapter can remove many common contanminants

When natural disasters happen, water sources are often polluted and water distribution infrastructure systems may not work for long periods of time increasing the health risks to the affected population. Providing safe, healthy water becomes an issue of paramount importance.

After the devastating earthquakes and hurricanes that hit Central and Southern Mexico in 2017 - and after witnessing the extreme inefficiency and cost of shipping bottled water to those emergency zones, Caminos de Agua decided to start a stock a ceramic filters destined for disaster relief, but also evaluate how our technologies could be improved to be more effective in disaster relief situations. We went to work on a new water filter that attaches to nearly any container in minutes and with no training required - which makes it ideal for emergency response where the water available can be treated quickly, on-site, and with locally available materials.

At about the size and weight of a 1-liter bottle of water, our innovative Aguadapt filter concent can produce more than 27,000 liters of drinking water over its lifetime and transition from emergency relief to a permanent water solution for families. When used with Caminos' certified ceramic filter, a refillable cartridge, and a newly-designed universal adapter, Aguadapt removes biological pathogens, organic chemicals, and can even be modified to remove arsenic, fluoride, and other contaminants - all at a price accessible for a family living on less than USD $2 per day.

Aquadapt is completely open-source and meticulously designed to attach to many common household containers (a bucket for example) and standardized plumbing parts - making the possible uses endless and setting it worlds apart from traditional proprietary water filters.

The Caminos de Agua Research and Technological Development Team submitted Aguadapt to 2018's Dyson Award, an international design competition and although we did not win the international competition, Aguadapt was one of the Mexican national finalists. Caminos' work and innovative technologies received national and international media coverage.

Recently, we went into a first production run of 1,000 of these adapters which will be piloted with a partner organization in 600 homes in Southern Mexico in the coming months.

We are on the way to providing effective solutions to provide safe and healthy drinking water when disaster strikes. We are thankful to our donors for joining our efforts to provide more effective disaster relief. 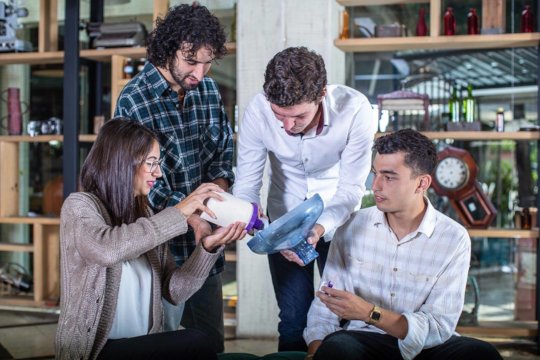 Aguadapt was a Mexican finalist for Dyson Awards 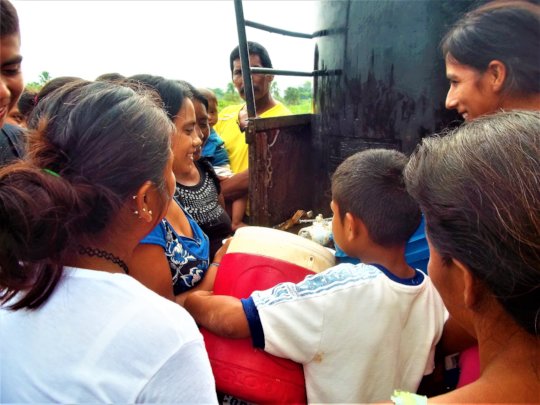 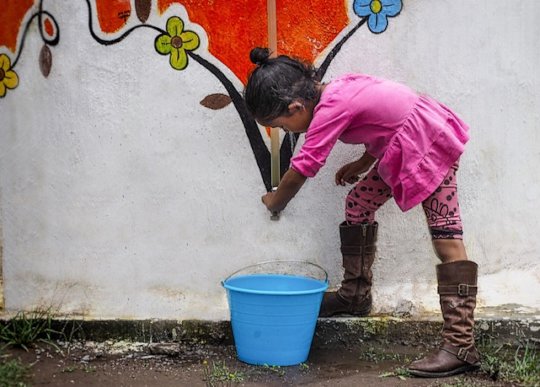 The rains have still been raging here, sporadically, over the last several months, and thanks to the support of the Gonzalo Río Arronte Foundation and all of you GlobalGiving contributors, we are really taking advantage. The families in Pozo Hondo and La Vaciada, where we are undertaking a huge rainwater harvesting project, have accomplished an unbelievable amount of work of the past three months.

In our last update, we were just breaking ground on the Gonzalo Río Arronte project to build 25 large-scale rainwater harvesting systems in the communities in Pozo Hondo and La Vaciada. However, after more than 10-months of waiting, material costs skyrocketed here in Mexico. Our original budget, submitted in 2017, would only cover the material costs for 20 systems. While the foundation would understand, the fact remained that we made promises to our community partners.

GlobalGiving supporters really stepped up to fill the gap. We brought in well over $7,000 since July, which has been enough to cover the cost of the additional five (5) rainwater harvesting systems in Pozo Hondo. So thank you all so much for helping make this project happen.

Today, the families are putting the final touches on the 25 rainwater storage cisterns. Nearly all of the plumbing, leaf filters, and first flush filters are connected, and we are scheduled to have the inauguration by the end of the month where we will also deliver the first 25 ceramic filters and provide additional educational workshops.

As you may remember, the community well in Pozo Hondo, which also serves La Vaciada and an additional five rural villages, is contaminated with excessive levels of arsenic and fluoride – nearly four times above World Health Organization recommendations. These rainwater harvesting systems, when combined with our certified ceramic filters, will help provide up to 75 families with a lifetime of safe and healthy drinking water.

On a recent trip to the project, one woman summarized talked about the importance of this project: “The problem in my family are the teeth, which are black, brown, and yellow...they say the problem is the water [from excessive fluoride]. I myself have problems in my kidneys, and since that happened, I no longer drink water from the tap, but I do still cook with it. All my food is cooked with contaminated tap water because bottled water is just so expensive. A 20-liter bottle costs us 40 pesos and only lasts a few days. Many studies have been done on our well water which has a lot of fluoride and a lot of arsenic. Until today, rainwater cisterns are the only hope I have for drinking clean water ... and healthy water."

Thank you again to all of our GlobalGiving supporters for helping us fulfill this promise to the families of Pozo Hondo and La Vaciada. There are still thousands families more who are continuing to drink contaminated water that need these solutions. Consider a donation today to help us keep this work alive and moving. 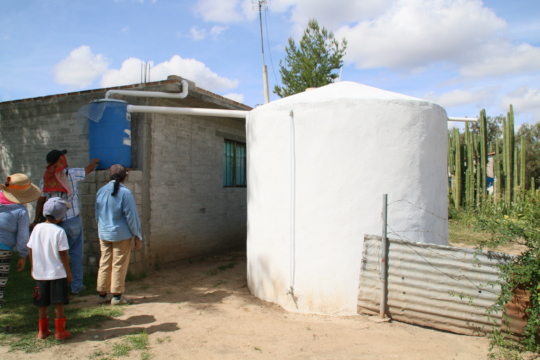 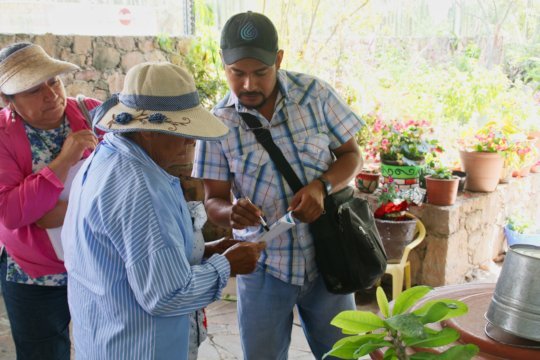 In front of her new cistern