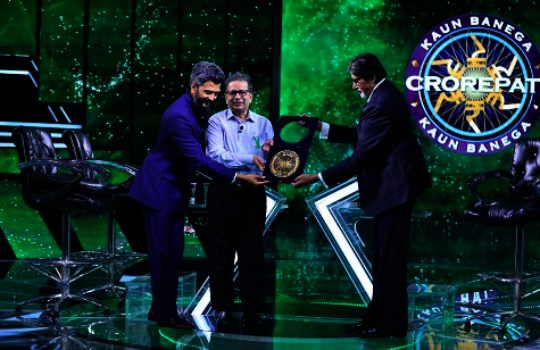 MOHAN Foundation has 3 milestones in the last few months and we are thrilled to share the news with all of you!

1.  MOHAN Foundation is delighted and honored that Dr Sunil Shroff, our Founder and Managing Trustee, was one of  the next ‘Karamveer’ on KAUN BANEGA CROREPATI. The show telecasted on 9th October 2020 at 9 PM IST on Sony Entertainment Television (SET).

The Season 12 of KBC has added special ‘Karamveer’ episodes featuring passionate, committed individuals and organisations that relentlessly work towards making a difference for the betterment of the society.

And Dr Sunil Shroff is a ‘Karamveer’ in every sense of the word - this special man has dedicated his entire life to augment organ donation in the country. This is indeed a great step forward for the Foundation and organ donation in India.

The episode spoke about his journey and the genesis of MOHAN Foundation that has been working for the cause for the last 24 years.

A huge number of people that watched the program reached out to us on our Toll-Free Organ Donation Helpline, wishing to pledge, knowing more about our work and wanting to support our efforts. There were multiple patient queries as well.

2. On November 07, 2020, MOHAN Foundation partnered with World of Mohd Rafi Foundation for a soulful concert titled ‘Dostana Hamara’ featuring songs by the legendary singers – Mohd Rafi and Kishore Kumar. The songs were brought to life by the talented singers of Klub Nostalgia live from Veer Savarkar Auditorium, Mumbai and was streamed on Youtube for virtual viewers.

The event was initiated and led by Mr Venkitachalam N R who is known for conducting vintage musical live shows under the banner of Klub Nostalgia since the last 16 years. Klub Nostalgia was launched on December 23, 2004 and till date has dedicated 300 shows for different causes. The concert ‘Dostana Hamara’ was in aid of organ donation and MOHAN Foundation.

The funds raised through this event will go towards the Foundation’s efforts to increase the number of organ donations in the country to save the lives of those awaiting transplants. The concert had 2500+ views.

3. MOHAN Foundation also had an opportunity to host the International Conference of Transplant Coordinators 2020. The program has faculties from different countries who spoke about organ donation. The virtual event happened for two days and had 110 participants. The conference was all about sharing knowledge on organ donation. 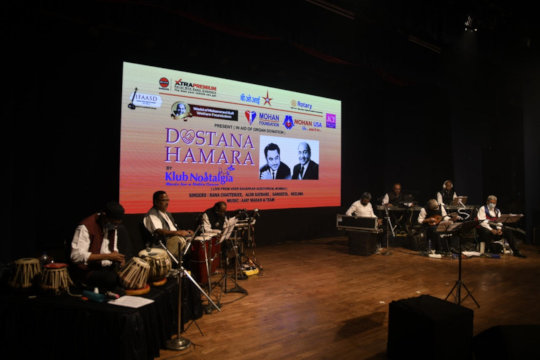 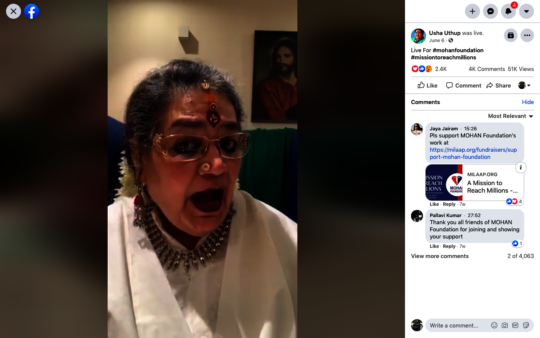 In the 23 years of our journey, we have sensitised over 25 million Indians with the message of organ donation, and facilitated the retrieval and distribution of over 7,500 organs and tissues.  Despite all these efforts, there are several patients that die while on the waiting list, because they couldn't get an organ on time.  We need to reach out to millions more.

Hence, “The Mission to reach Millions”. As part of this initiative, we  have been conducting a series of live online concerts in aid of organ donation with talented singers and musicians are giving their time and talent towards the cause of organ donation.

We have attracted huge numbers of listeners who were sensitized to the cause of organ donation by films played before the concerts and the artists talking about organ donation during the concert asking people to think about the cause, discuss with the family, pledge and make donations to the work of MOHAN Foundation.

Through the concerts, we have been able to reach close to 2 lakh people.

We will continue our have these live concerts to reach our goal of spreading awareness to millions of people about our life saving work. The team has also been conducting awareness sessions through zoom for various groups of people.

If you would like to watch any of our concerts, Please find the links below,

The artist has given us their consent to use their names. 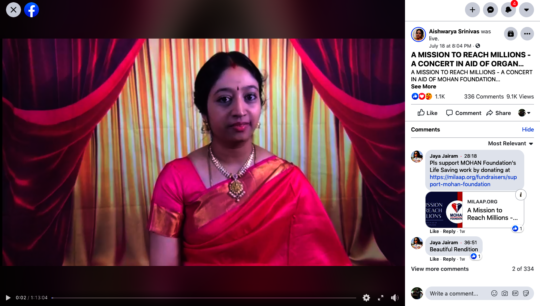 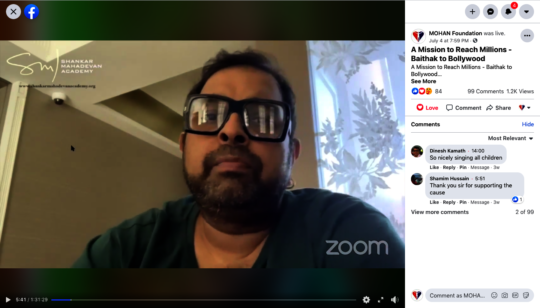 Let us celebrate the gift of organ donation

MOHAN Foundation has engaged in the last few months on Organ Donation Awareness across different cities.

The theme of the Rangoli was (Indelible Designs) – Organ Donation. The participation was open to all. Chennai rangoli enthusiast wholeheartedly participated in the competition. There were 13 pairs of students from 8 colleges of Chennai and 26 pairs of older women who created beautifully thought out designs to bring out the concept of organ donation. Exciting prizes and gifts were given to the winners and participants. The youngest participant was 7 years and eldest was 62 years old. One participant came from Bengaluru. Both in student and adult category – there were 3 first prizes and 3 second prizes and additional special prizes.  Nearly 100 people were present at the venue and many metro users came to see the rangoli.

Dr. Hemal from MOHAN Foundation gave a lecture on the concepts of organ donation and explained the why, what, when and how of organ and tissue donation and transplantation.The students also benefited from hearing a donor family member share her experience. About 35 students signed up as organ donors and collected their donor cards.  Similarly we were also a part of Queen Mary’s College Organ Donation Awareness where we spoke about the process of donation, allocation and transplantation.

On March 14, 2020 MOHAN Foundation was invited to conduct an awareness session on organ donation for the employees of Jayanita Exports Private limited in Greater Noida,UP.Two awareness sessions were held at two different locations for the employees of Jayanita - the first at the Jayanitafactory and the second at Jayanita Export Private Limited conference room.

Ms.Pallavi from MOHAN spoke to the employees about Basics of Organ Donation. She also brought out a point where age is never a barrier for donating an organ.She quoted an example of a newborn baby becoming the youngest ever organ donor. Despite living for even less than 72 hours, the baby saved an adult's life. Ms.Pallavi also helped the employees understand brain death through a short video.  The topic of myths related to organ donation and shared misconceptions that exist among people were also brought to light for the employees.At the end of the session, close to 35 participants attended and 15 donor cards were picked up.