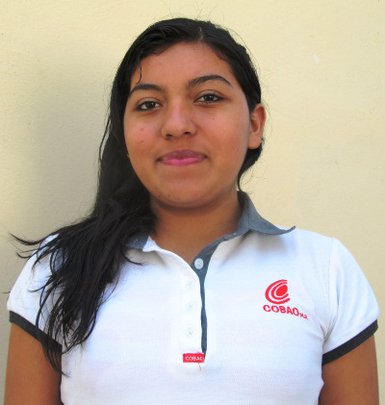 Perla in her school uniform

It is hard to believe that we have been on the Global Giving site for six months. We are pleased with the results and donations keep coming in at a steady pace, although we are still working to learn to use the all the Global Giving benefits to increase our effectiveness. We thank you for your ongoing support of the young women at Centro de Compartimiento. We currently have eleven students in the program, two new students joined at the beginning of this semester due to extensive travel times from their homes to their schools. The new students are classmates of current program students who found out about our program from a classmate or family member. Although we will be spending the next several months doing radio interviews and sending flyers out to school, students mostly find us though a recommendation by a community member or student who has been through our program. We already have applicants for next year who heard of the program from a friend. Unfortunately in Mexico the trust level of the people for any system is extremely low. One our student´s fathers said when he first heard about the program he was skeptical, and researched the program to see if we were genuine. “It is not easy,” he said, “ to entrust your daughter to strangers, but when I looked into the program I heard nothing but good comments.”

The students finished their first semester of the school year with good results, the students did well passing the semester. Perla, who is in eleventh grade, did exceptionally well this semester bringing home the equivalent of an A+ average. Her family is very pleased with her progress. Perla is from a small village of about fifty families in the Chimalapas region of the state of Oaxaca, Mexico. It is an area of constant land disputes between the Mexican states of Oaxaca and Chiapas and at times the roads to her village are blocked by one side or the other in the dispute that has lasted over sixty years.   Perla is the oldest of three children. Her father organizes a resin farming cooperative in their village and her mother is a house wife and raises chickens for extra income. Neither mother nor father has an education beyond middle school. Perla´s mother told us that she had the chance to leave the village to study when she was younger, but she had never left her home village and was too scared to leave and take the opportunity. Instead she got married at fourteen and had her first child at fifteen. Even though her parents married young they have a good loving relationship, and work hard to provide for their children. Since Perla´s father leaves the village a lot for his resin farming group, Perla´s mother also began to travel out of the village. She decided that her children would not have her fear of leaving the village and took Perla on as many trips as she could. Perla was an A student in grade and middle school and when offered the chance to study she did not hesitate even though it meant leaving her village. Many of our students travel home at the end of the month to visit their family, but Perla lives too far and can only go home over the long school breaks at Christmas and Easter. Perla says that it is hardest to be away from her little sister who is only six.

In Mexico the students begin to specialize in a field of study even in middle school. High school graduates can apply for a certificate as a technician in their fields, a certificate that, only a decade ago, was quite valuable in the work market.   Today most students think of it as an early start on their college career and they choose a specialty based on what they want to major in in college. Perla has chosen public heath as her specialty and although she is not sure about her college studies she is leaning toward medicine or nursing. She is concerned that the people in her village have to travel too far for medical services and thinks it would be beneficial to have a full time nurse in her village. Last month her sister suffered from strep throat and the family had to travel three hours for medical services. At Centro de Compartimiento we are honored to walk with Perla as she makes plans for her future and we are grateful for the support of our donors who make her continuing education possible.

A Great Start On GlobalGiving 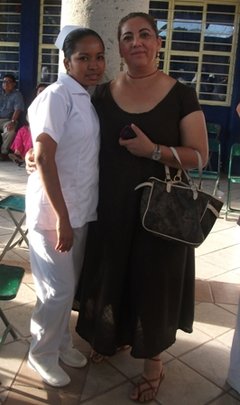 Natividad in her school uniform.

A Great Start on GlobalGiving

We have completed our first three months here on GlobalGiving and it has been a success. Thank you so much for supporting our program “Higher Education for 15 Indigenous Women” here at Centro de Compartimiento (CDC). The gifts from the Open Challenge are supporting the daily needs of the students in our residential program, and outreach to new students. There are currently nine students in the program and we have three applications for the semester beginning in January. We had so many new donors during the Open Challenge we wanted to give a brief view of the project and for our long- time supporters an update on one of our students.

Last month one of our oldest students, Natividad, left for Oaxaca City for a two month practicum at Oaxaca General Hospital.   Natividad will begin her eighth semester of nursing school and will soon graduate. Natividad has come a long way since she came to CDC over seven years ago looking for a place to live so she could go to high school. There is no high school in her  village in Eastern Oaxaca, Mexico and at fifteen she had to leave home if she wanted to continue. Her father was doubtful, tenth of eleven siblings, none of the older siblings had completed high school and he did not feel it was really necessary for girls to go to school. Natividad was determined, her sister accompanied her to Juchitan, Oaxaca, three hours from her village,  they located CDC, she entered into the residential program for students and began high school in the Cecyte system, an education system that focuses on terminal high school degrees with a certification as a technician in a field.   She chose computer science feeling that it would be good way to get a job. Natvidadi was a “A” student in high school and began to think about college, but computer science did not feel like a good fit.

During the summer before her last year of high school she had to take care of an ailing relative in her village and something in her clicked. She loved the work, and became very aware of the lack of nursing care for people in her village. When she came back to CDC in the fall she told us of her experience. Part of our program is to have the students work on a service project for the community and so we contacted the local hospital to get a volunteer position with the nursing department. The hospital had never had a volunteer before but the nursing staff worked hard to give her an experience that would show her the profession. When it came time to enroll in college Natividad took the bus to Oaxaca City to take the entrance exam to the state nursing school. She achieved the second highest score on the entrance exam and was accepted into the school. The hardest part was convincing her father to continue to support her dream to go to college, no one in their family had ever dreamed of going to college. She was able to get a Federal Scholarship and that helped stretch what little her family could provide.

Today she is near graduation. When she told her father she would need extra help during her practicum in Oaxaca City for transportation room and board, he did not say anything and she began to worry about where she would get the money.   A few days before she had to leave her dad called her to say that he has sold one of his cattle for the extra costs. He had not wanted to get her hopes up but the family had decided to make the sacrifice to help her.

Without the support of CDC Natividad says that she would have left school long ago. Aside from academics, she learned how to better understand herself and her family, especially her father, work with others in a team and dare to dream bigger than ever before. Her dream is also spreading in her community as other young people including her younger brother are attending high school. Young people need to be accompanied on their journey, few of us were on our own for high school and even college. Your support helps CDC to provide not only room and board for young women, but a community which is a springboard to a new life. While you are preparing for the holidays we ask that you consider continuing to support the education of our young women here at CDC.  We have $2,700 to raise to meet our project goal, will you help us meet that goal?

This is our first report through GlobalGiving and we would love to hear your comments and ideas about what information you would like to see in these reports. We look forward to hearing from you. 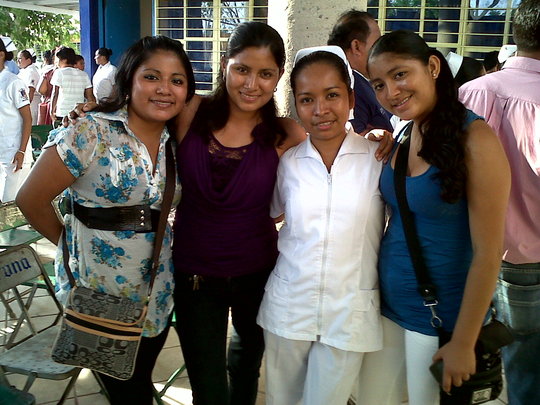 Natividad and fellow CDC students.
‹ 1 2 3 4 5 6 7 8 9
WARNING: Javascript is currently disabled or is not available in your browser. GlobalGiving makes extensive use of Javascript and will not function properly with Javascript disabled. Please enable Javascript and refresh this page.