A dream to live with mom 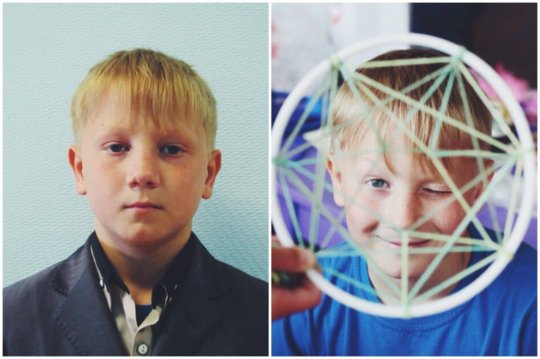 We have already spoken about the very complicated life circumstances that Misha found himself in, and how specialists have been working with him and his family. This is already the third year the boy has been living in an orphanage, but he dreams about living with his mom. Recently there was a court case to decide whether Misha would stay in the institution or go back home.

Over the past six months, our specialists have been working with Misha’s mom, Nadezhda*. During this time, she has started to work and has even visited her son in the orphanage. But she still hadn’t been able to open up emotionally, in order to understand the root cause of the problem. However, just a few days before the trial, a specialist managed to develop a deep personal connection with Nadezhda and get a glimpse of what is hiding behind that facade of outward calm.

It turns out that the mother of several children is still struggling with the tragic death of her own parents and has not allowed herself to openly deal with this emotional trauma, which, as is well known, always makes such feelings worse. Nadezhda blames herself for the death of her parents, and conversations about her mother and father, with whom she spent a carefree and happy childhood, cause her to break down in tears. Of course, when one has such deep and unhealed wounds, it is difficult to build proper relationships with one’s own children. However, after working on these psychological traumas, Nadezhda started to have more confidence in her abilities.

On the day of the hearing, everyone was visibly nervous: both Misha, who looked as if he wanted to hug his mom, and Nadezhda, who finally understood how she could change her life. The court issued the most favorable decision in such a case: a temporary restriction of parental rights. After the judgment, Nadezhda explained to her son that, right now, she had to work on her problems and really get back on her feet, and that he needed to wait for her in the orphanage. Misha took the court ruling and his mom’s words in stride. He only started to cry when he told her that he loved her and wanted time to fly by as quickly as possible.

The importance of maintaining family ties 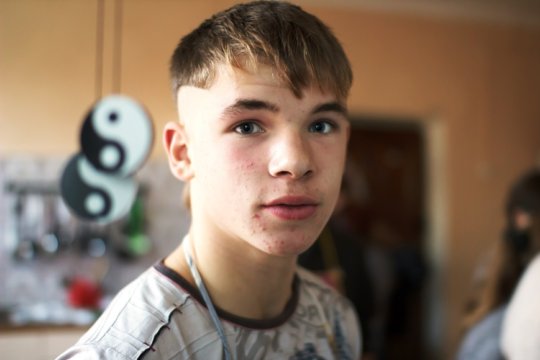 Vanya* came to the Safonovo orphanage in September 2013 – prior to this he had spent 9 years living in different institutions for orphans.

In the previous orphanages, Vanya had a possibility to meet his relatives, but not in Safonovo. This location is a long way away from Smolensk city (where the boy is from) and it is both difficult and expensive to get there. Vanya’s aunt first stopped coming to visit him, and then stopped phoning. He is now very upset with his relatives and has a reputation for being an ‘aggressive teenager’ at the children’s home.

It is vitally important that children who were removed from their families keep in touch with their relatives. Even if it is not possible to return home, these contacts help to reduce stress and aggression in children and thus enable their development. The work of specialists such as psychologists and counsellors undoubtedly play an important role in this: without their professional help, working on the education and development of children at orphanages would be pointless.

Specialists from our foundation started to work with Vanya and faced serious difficulties when the conversation turned to the boy’s relatives. It immediately became clear that this was the reason for his aggression. Since December 2014, they have been working on rebuilding Vanya’s relationship with his family.

A counsellor from the foundation met Vanya’s brother who also lived in an orphanage but, unlike Vanya, his aunt regularly took him home during school holidays. Specialists also met the boys’ mother, but she was not prepared to see her sons as she already had another family. They also met the boys’ aunt.

At the end of 2014, a psychologist conducted a therapy session with Vanya. He refused point-blank to talk about his family. It was difficult to reduce his level of aggression, but Ekaterina managed to get through to the boy, and unexpectedly he admitted that felt angry towards the whole world because he was unable to communicate with his family and knew absolutely nothing about them.

Our specialists did a lot of work with Vanya and collected photographs of his family (his mother, father, brother and sister who was living in an adoptive family). Vanya discovered for the first time how his father looked like! At last, his aunt and brother have started to visit him again.

According to orphanage personnel, Vanya has become calmer and more confident. He loves doing physical work and attending thecarpentry workshop and can spend hours in doing crafts from wood.

*the name of the child has been changed

To have the relatives who needs you 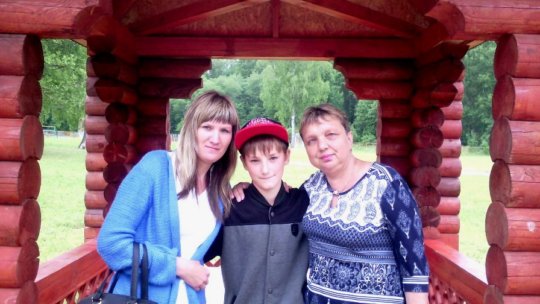 Sasha* is 13. He has spent five years of his life in the orphanage and nobody has ever visited him there. According to the documents, his only family was his mother.

Specialists of the Fund (a project team) decided to find the boy’s mother but unfortunately, she had died before they started looking for her. The child protection services did not have any information on other Sasha’s relatives in the official papers, but the boy said he had a father and aunts. He did not remember much – just a few snapshots from his early childhood. Nobody knew if his relatives were still alive or where to look for them.

As the child protection services claimed Sasha did not have any relatives, the only thing the specialists could do was to find his family house. The boy started working with a “Book of life” – a colorful and informative "workbook" which is used by a psychologist / social worker (and often by two specialists together!) to help the child reconstruct his own experience and form a complete idea about himself, – and Sasha wanted to have a picture of his house. The project team managed to find this house and also spoke to the neighbors. Those people said that a family used to live there, and the boy had both a mother and a father. The neighbors also provided the contacts of Sasha’s aunt – his father’s sister.

We were lucky to find not only Sasha’s father and his sisters but also his mother’s sister. They were happy to know their Sasha is safe and sound and lives not far from them. In fact, the boy’s father and aunts used to make an attempt to find him but their request was turned down – probably because there wasn’t any information about the father in Sasha’s birth certificate.

Sasha was happy: he was no longer alone, he had a family that needed him! Isn’t it the most important thing for any child? The boy soon met his aunt (he has got four aunts altogether!) and grandaunt. Unfortunately, his father could not come but he was on the phone with his son. This was the first meeting out of many we hope.

It is very important to preserve the children’s family ties. Even in an orphanage, they need to know they are not alone.

We are looking forward to the continuation of this exciting story.

* the child`s name has been changed