We are with world against Terrorism 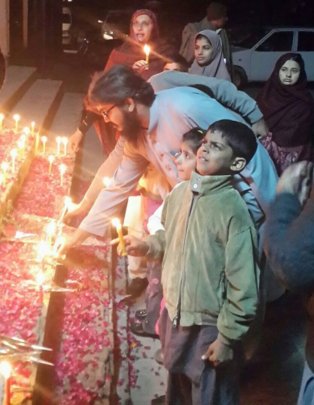 Acts of terrorism across the globe have increased markedly in recent decades. Pakistan is facing the worst kind of terrorists attacks. On 16 December 2014, seven gunmen affiliated with the Taliban conducted a terrorist attack on the Army Public School in the northwestern Pakistani city of Peshawar. The militants, entered the school and opened fire on school staff and children,killing 141 people, including 132 schoolchildren, ranging between eight and eighteen years of age.  World was in deep sorrow and that incident became the turning point and whole nation stood togather against the terrorism.

School is playing its role to grow the children with a peaceful mind, a responsible human being to love the humanity.

To pay homage to the martyrs of Army Public School (APS) Peshawar, a candlelight vigil was organised by the school. Politicians, traders, government officials, religious minorities and members of civil society were invited to show their committment for a peaceful world.The participants were holding candles in their hands to express solidarity with innocent students and others who were martyred in a brutal attack on December 16, 2014.

Principal of the school thanked the participants for attending the event. He further added the we are committed  not only for provision of free quality education to the poor children but also to make these innocent minds a loving human beings. Our students will play their role to make this world a beautiful place. 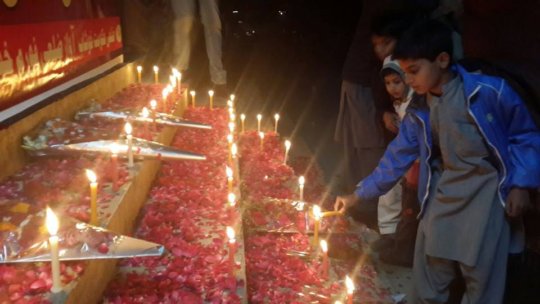 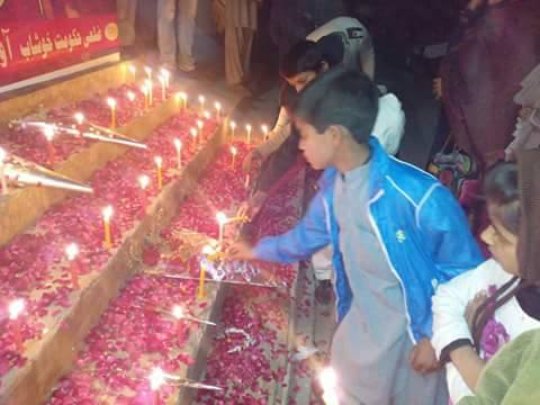 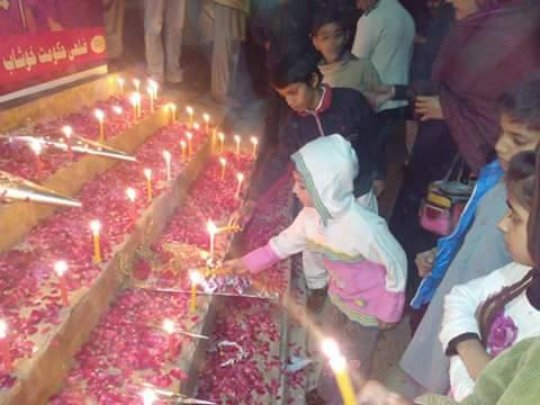 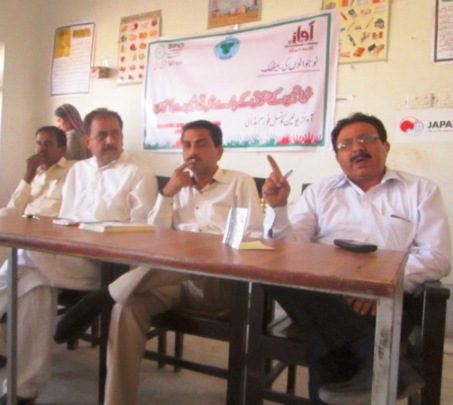 They also suggested the solutions to counter these hurdles.

A renowned lawyer of the district delivered lecture on the pro women laws. At the end of the event the youth signed a resolution to join hands for girls education. They decided to show zero tollerecne against any hurdle towards the educational right of girls.

Participants were of the opinion that this activity has broaden their vision about the importance of girls education and they will play their role to enroll the girls in the school. 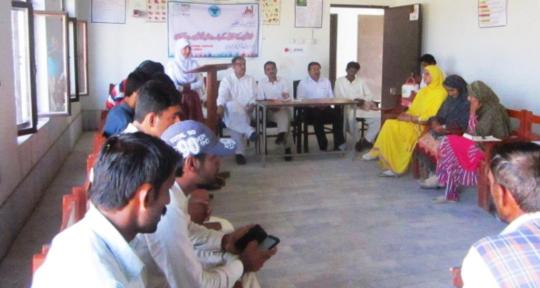 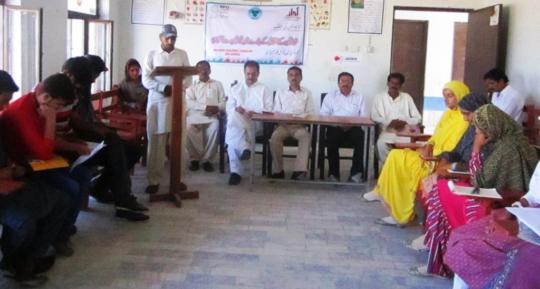 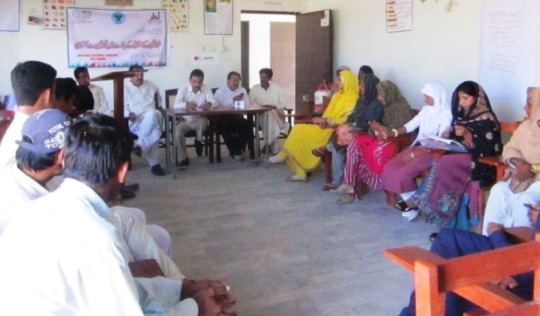 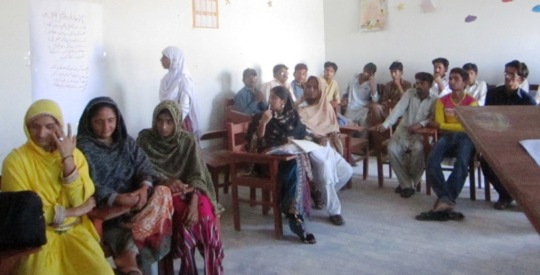 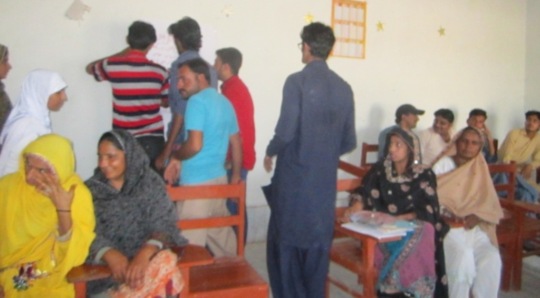 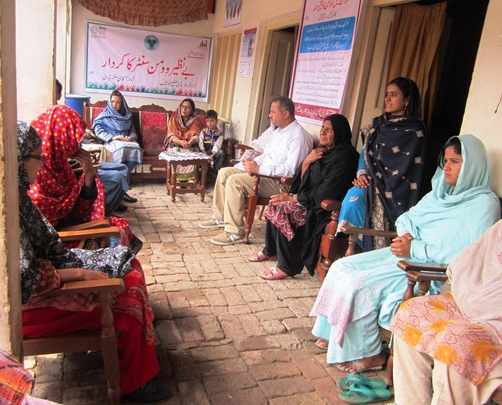 Illiteracy rate is very high in the village and people are not aware about their rights. Government is responsible to provide health, educational, drinking water and sanitation but unfortunately village has not any health facility and has very poor sanitation system. Road to market roads has also very miserable condition. Women right violations are very common. Women are not provided the legal right of heir and they remain dependant to men throughout their life.

An awareness center has been established in the school. A woman manager remains in the center to facilitate the people particularly women about the procedures to get services from the government departments and legal aid to women as well to get their rights.

“I was not having my national identity card. My vote was not registered too. I came to this center and they facilitated me to get the National Identity Card and my vote is also registered now. I will cast my vote first time in my life in upcoming local government’s elections. I will vote for the candidate who will promote education for girls in my village” A visitor of the said.

A monthly Aagahi Session is held in which a government official visits the awareness center and brief the people about the services provided by his department.

Manager Awareness Center expressed her views that Rising Sun School is moved beyond the traditional schools and is taking initiative to fight against darkness and ignorance at front foot. Traditional quality education to the children and awareness to the illiterate elders about the legal rights will boost our effort to make this village a better place to live and every individual will be enjoying equally with a happy life. 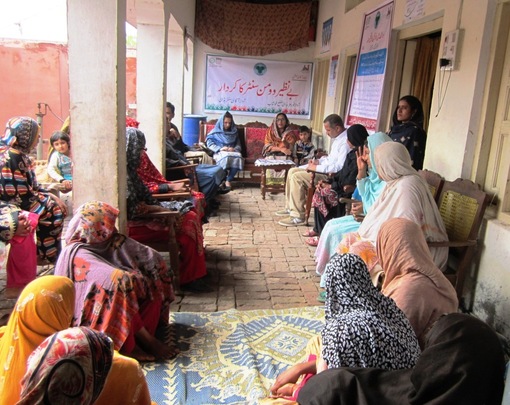 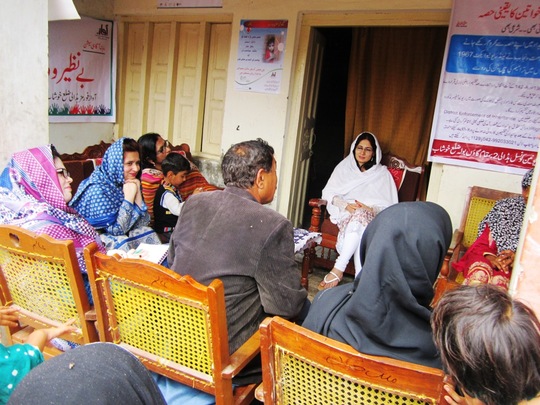 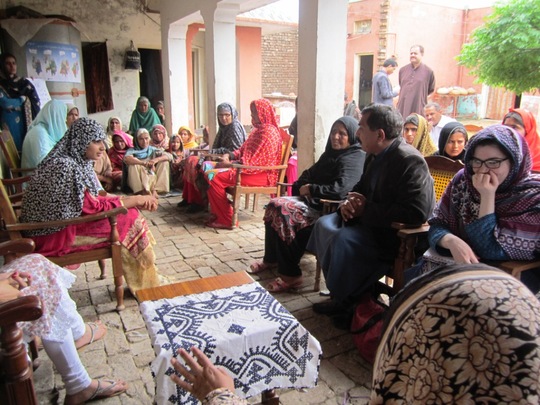