After the devastating earthquake in April 2015, Child Rescue Nepal conducted a thorough survey of child trafficking in the Makwanpur area.  We are extremely grateful to an anonymous foundation who covered the costs of this extensive report.  The survey came up with very worrying results which showed that trafficking has increased post earthquake amongst the very vulnerable communities.  The survey suggested the following anti-trafficking measures: local radio awareness campaigns warning of the tricks traffickers play, village dramas to bring to life the reality of child trafficking and encourage debate and understanding among villagers, legal action against traffickers, poster campaigns, support for families of rescued children to prevent them and their siblings from being trafficked in the future, and rebuilding damaged schools to educate children and keep them safe.

With your generous support of this matched funding campaign we have been able to implement the majority of these anti trafficking measures.  In order to show awareness of the trafficking problems, we commissioned 30 drama workshops, which were well attended by over 3,600 villagers.  These workshops vividly portrayed the evilness of the traffickers and have made everyone more aware of the situation.

We have now had an evaluation done and it showed that our messages were really hitting home. People's attitudes to trafficking changed directly after participating in our workshops. But most importantly, when we went back six months later, people still remembered the messages.

Raised awareness of the tricks and tactics of traffickers is one of the most effective ways of keeping children safe.

We held an anti trafficking drawing competition,in which 38 community schools participated.  Some of the pictures will be used in a poster campaign.

The trustees of Child Rescue Nepal would like to thank you for being so very generous in this campaign which has enabled us to successfully campaign to stamp out child trafficking in the Makwanpur area. We would also like to thank GlobalGiving for fully match funding our donations.

Without support from you, we could never have achieved what we have, so on behalf of the children of Nepal, a big thank you. 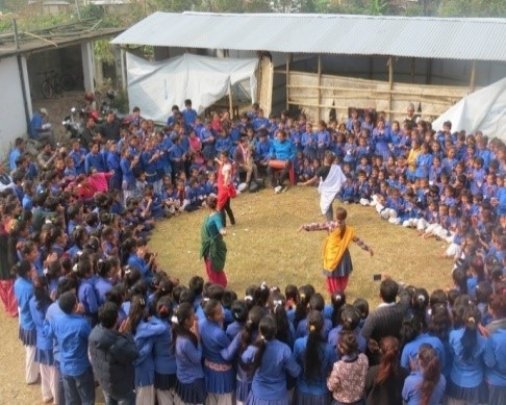 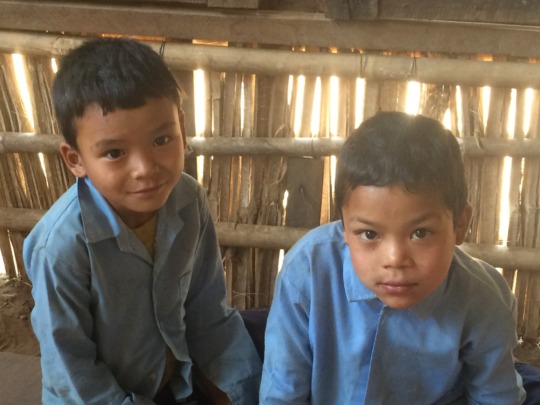 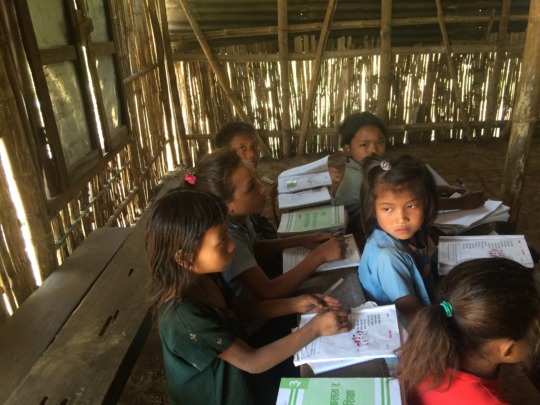 Children in a temporary learning centre
May 13, 2016

One Year on - Help rebuild a school in Nepal 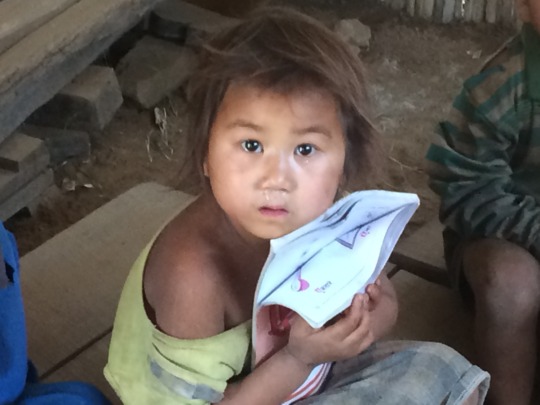 A year has passed since the devastating earthquake in Nepal and we have just visited some of the schools which were demolished. We have erected temporary learning centres in a number of villages with Global Giving money which are made of bamboo and covered with a corrugated iron roof, as the original school buildings were too unsafe to use.  We spent the night on their floor and in one school slept on the benches that the parents had built for their kids with our funding.

Villagers were please to tell us that these centres enabled the children to continue their schooling whereas immediately after the quake, schools were either closed or had to start at 6 am before it became too hot for children to be taught outside. In addition we met teachers who had students who had benefitted from our bursary scheme - just £12 provides a uniform, books and pens, so a poor child can turn up at school without feeling isolated by his or her rags or laughed at for having no paper on which to work.

These schools are in villages which are cut off from main Nepal society, high up in the hills. They have been carefully selected after a formal evaluation which scored each one on criteria such as remoteness, lack of water, numbers of primary age children etc. These schools were then agreed with the education department which means that no other charity is working there and our money is well spent.

Our next project is to totally rebuild schools and to begin teacher training. We are looking for introductions to schools in the UK,  hoping that some may informally twin with a remote Nepal primary school and raise money while they learn a little about village life in one of the poorest countries in the world. Please contact info@childrescuenepal.org if you would like more details.

Thank you for your very generous support. 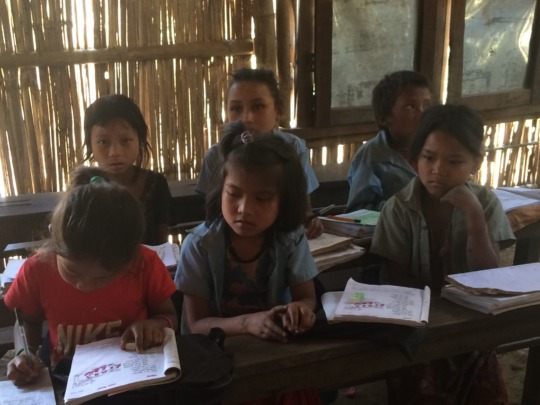 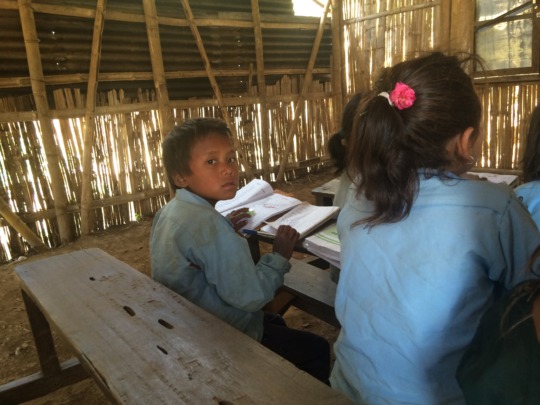 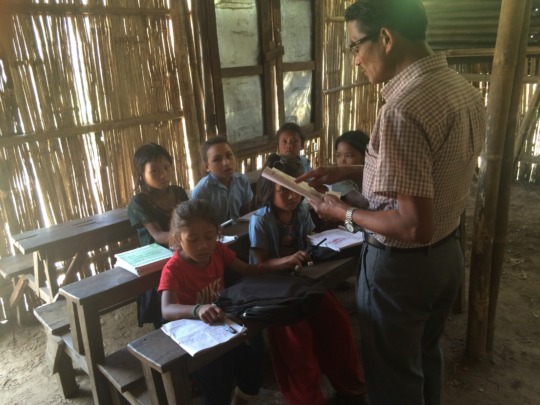 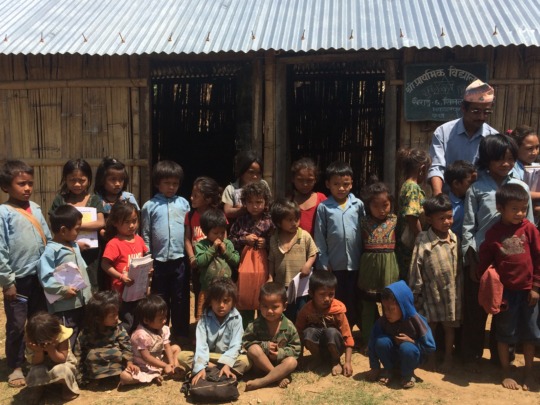 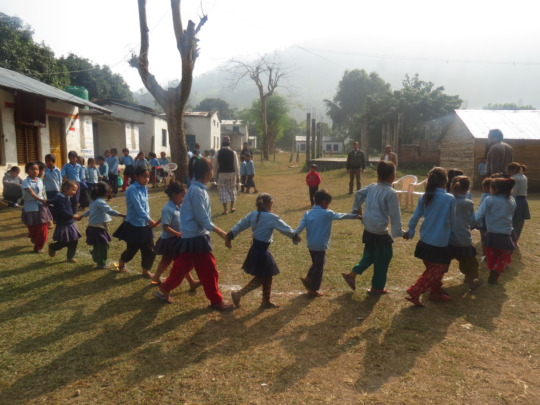 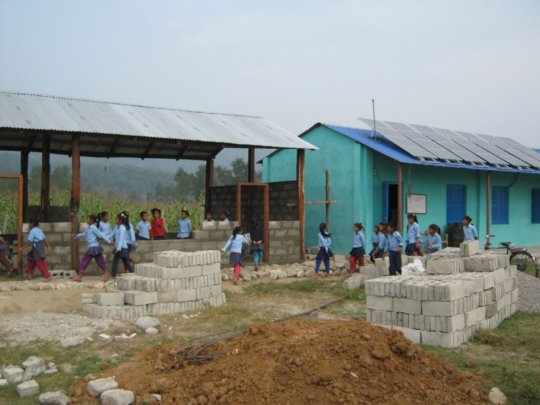 After the devastating effects of the earthquake in April 2015, Nepal has been trying to rebuild itself.  In Makwanpur, where we are currently working, the school buildings have now all been assessed and over 600 classroom have been condemned for demolition.  The District Education Office has asked us to provide 10 temporary schools, which we have now completed. These are a bamboo construction with a corrugated iron roof and will have a life of about 4 years. They were erected very quickly with the help of the villagers and all are still standing after the monsoon winds and rain. The gaps between the bamboo have been filled in, to try and make them a bit warmer for the winter months.

We now have a team in the field assessing how many of the 41 primary schools we have been asked to rebuild by the District Education Office, we can tackle and which ones are in the most immediate need. The rebuild is starting in March and will be based on a new earthquake standard design produced by the government.  It will cost approximately £9000 per school. Each school on average has around 100-200 children. We currently have funding, including Global giving’s grants and crowd funding for 30 of these school and we are now seeking support for another 11.

We have appointed a new Project Officer to monitor and supervise the work.The villagers will also help with the construction work.  The border between Nepal and India has now opened and  for the time being supplies are coming in. Cement and other construction materials are currently available in the market, which will help with the rebuilding programme.

It is imperative that we get children back into school. not only to educate them but also to keep them safe from traffickers. We now offer a midday meal to some of the poorest and most vulnerable children. Often children have to walk for over an hour to get to school, and probably they have not had  any breaksfast.  They arrive too weak to learn, so providing them with a meal, definitely encourages them to attend school daily.

Many parents are too poor to buy uniforms for their children and also are unable to afford paper and pencils, both of which are not provided by the school.  Children often refused to go to school, if they haven't got a uniform to wear.  We operate a bursary scheme for over 500 of the very poorest children, providing them with a uniform and writing equipment.

Our work is pincipally in primary schools as even young children are vulnerable to traffickers.  Girls are most at risk, when they are about twelve years old and transitioning into secondary shool.  We have found that if children find school enjoyable and attend, their aspirations increase and they are likely to go on to secondary school.  This is especially important for girls who attend only for an average of 4 years in Makwanpur, compared with 6 years for boys.

Keeping chidren safe in school, is one of our aims. We encourage children to get an education, because when children are in school they are safer from traffickers, absence from school is likely to get noticed, and education can make a child more sceptical of traffickers.This is why your support rebuilding schools has been so important -Thank you from all of us and more importantly from all our children in Nepal. Without your support we could never have achieved what we have. 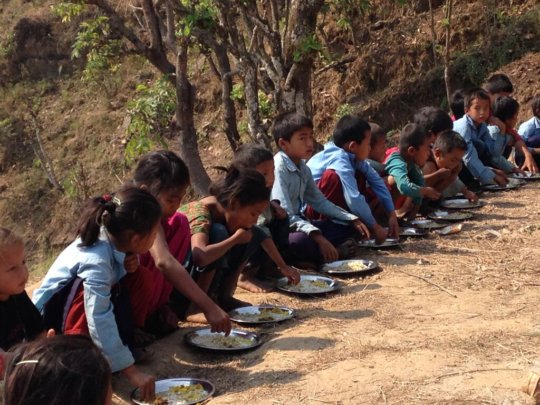 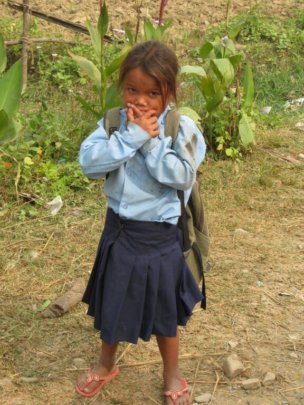 Girl in school uniform
‹ 1 ... 6 7 8 9 10 11 12 13 14
WARNING: Javascript is currently disabled or is not available in your browser. GlobalGiving makes extensive use of Javascript and will not function properly with Javascript disabled. Please enable Javascript and refresh this page.