Imagination belongs in the K-12 classroom

By Aleta Margolis - Executive Director of Center for Inspired Teaching 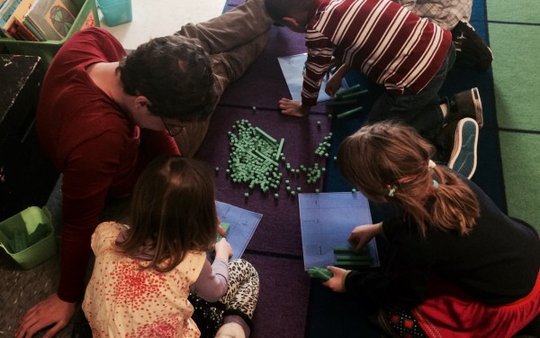 Imagination is key to problem solving

This piece was written by Aleta Margolis, Center for Inspired Teaching’s Founder and Executive Director.

Too often, people hear “imagination” and think “nice, but not necessary.” Imagination is commonly perceived as a soft skill (children drawing purple unicorns) or as an innate character trait that can’t be taught. Many people share a similar misconception about play, viewing it as a nice bonus in school and not as a necessary, powerful instructional tool.

At Center for Inspired Teaching, we believe imagination and serious play are both absolutely necessary for students to thrive. Vibrant imaginations – strengthened through playful, engaging lessons – improve students’ problem solving and critical thinking abilities while enabling students to approach unexpected challenges creatively. Inspired Teaching incorporates serious play into all of our teacher trainings. We recently hosted a film crew from the LEGO Foundation who recorded the way we teach teachers to incorporate imagination and play to help students learn content and master standards.

The LEGO film crew visited the first grade classroom of Maryam Amer, a 2014 Inspired Teaching Fellow now in her residency year at the Inspired Teaching Demonstration School. Ms. Amer led a science lesson on habitats and conservation and asked her students to use their understanding of these topics to design and build original mechanisms to protect penguins from pollution. The students had already learned a lot about the effects of pollution on penguins: how oil separates from water and as a result covers large surface areas after a spill; how tides carry human garbage from the shores deep into the ocean; how oil causes penguins’ feathers to stick together, allowing freezing cold water to penetrate to the inner layers of their coats. Ms. Amer challenged her first graders to use their imaginations to build upon what they’d learned and envision solutions. Here’s what they came up with:

One group of students designed and built an airplane with extendable arms that could suck up oil and garbage from the ocean’s surface. Another group built a rehabilitation home for penguins damaged by oil, with a shower to scrub off the oil and a hot tub for the penguins to reset their bodies to a healthy body temperature. Another produced miniature sweaters to keep the penguins warm and to prevent them from attempting to peck the oil off of their bodies. One of the students was so excited by the solutions he and his classmates generated that he told the visiting filmmakers he hopes to become a scientist one day. If he does, he’ll be using his imagination in his chosen field to develop new ways to solve entrenched challenges.

To observe the way teachers learn to create lessons that are both rigorous and play-filled, we took the LEGO film crew to an Inspired Teaching seminar I led for the 2014 Inspired Teaching Fellows. These new teachers brainstormed obstacles that get in the way of bringing serious play to classrooms. Teachers named challenges such as inadequate training or resources, lack of support from leadership, and the pervasive belief that learning is a sedentary activity.

To consider these challenges from a different perspective, I asked teachers form groups with half of each group creating representations of the obstacles with their bodies. The other half faced the task devising a strategy to overcome, literally, each obstacle by creating ways to get around, over, above, or through it. Engaging participants’ bodies, minds, and imaginations, this activity sparked an intense debate among the teachers about what it means to be a changemaker and what they can do to re-imagine learning in their schools and communities, as well as their classrooms.

Shifting the norm so that imagination and play are thoughtfully incorporated in schools is challenging and joyful work. It requires serious persistence and the willingness to support teachers and students as they take risks and disrupt the norm. It requires asking teachers to engage in extremely detailed and well researched planning so that they can nimbly adapt to the variety of places their students’ imaginations may take them. It requires showing results – proving that students do learn through play, and that, in fact, they learn more deeply by being fully engaged.

Changing expectations for what great teaching and learning looks like requires the imagination to see what’s possible when students’ 4 I’s –Intellect, Inquiry, Imagination, and Integrity – are equally valued.

Cultivating Classrooms Where Students Are Experts

By Jessica Hiltabidel - Manager of Teaching and Learning 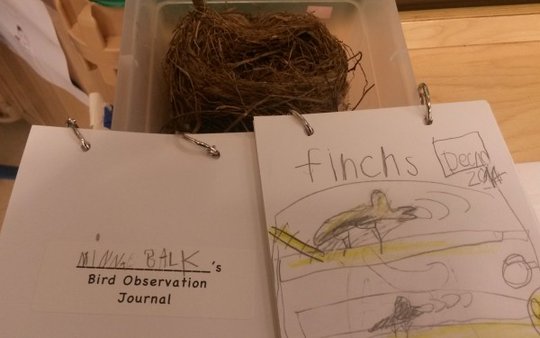 My name is Jessica Hiltabidel and I work as a Manager of Teaching and Learning at Center for Inspired Teaching in Washington, DC. I help select, train, and support exceptional new teachers for successful and sustainable careers in the local public and public charter schools. I also visit the teachers who have graduated from our Inspired Teaching programs and who are infusing public school classrooms with rich, engaging and rigorous lessons, centered around real world study topics. The following is a snapshot of a recent teacher I visited who exemplifies the Inspired Teaching approach:

Many see the role of a teacher as an all-knowing information provider whose students are empty vessels that need filling. At Inspired Teaching, however, we believe that the role of the teacher is to instigate thought and to facilitate the students’ ability to ask their own questions, seek their own answers, and become the experts themselves.

Recently, I was able to see a wonderful example of “Student as Expert” in the classroom of one of our 2013 Inspired Teaching Fellows. Ms. Richardson is a kindergarten teacher at a local elementary school and is working with her students to complete an expedition, or a project-based instructional unit, on birds.

I joined the class as morning meeting ended and was surprised by the strategy Ms. Richardson used to transition to the next lesson. Instead of calling student names, groups, or using traditional music, she played a clip of birds tweeting. Immediately, hands shot into the air as students were able to identify the unique sounds of the bird their group was studying. Here were five- and six-year-olds exuberantly recognizing and explaining how the robin has a short high-pitched “meep” while the sparrow has a more buzzy sound.

From there, students broke up into groups to practice their observation skills by making a more detailed second draft drawing of their assigned bird. I sat with the Starling Group who told me all about the different colors a starling can have. They showed me how the feathers had hints of green and purple. We talked about their blue eggs, yellow beaks, and long legs. The highlight was when the students showed me the birds they had in the room as class pets!

If you ask Ms. Richardson, she’ll tell you she’s not an avid birder; however, through the study of birds, she has been able to foster her kindergarten students’ interest and enhance their abilities to compare and contrast, use descriptive and advanced language, categorize, and research. 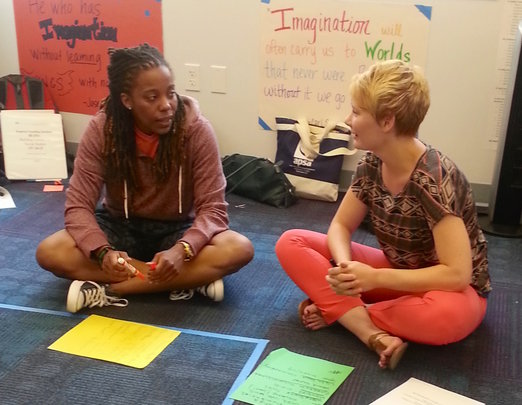 Rhonda is an Assistant Principal at Anacostia High School in the District of Columbia. Just before this, Rhonda was a middle school social studies teacher in DC and she received intensive, year-long teacher training from Center for Inspired Teaching. In the following commentary, Rhonda shares details about how our training helped her create an engaging classroom.

I see classrooms and the classroom learning environment differently because of Center for Inspired Teaching.

I used to think that good teaching involved a teacher standing in front of the class and lecturing on and on, while students quietly take notes at their desks.

I learned to create this kind of classroom when I started receiving training through Center for Inspired Teaching. The training involved one-on-one coaching and accompanying teaching units.

I learned to hook students' interest with big, bold questions. For example, when I taught a unit created by Center for Inspired Teaching called “The Cocoa Journey: from Bean to Bar” I asked students a series of fun questions: “Who loves chocolate?  Where does chocolate in the chocolate bar come from?” Then, I would share with students that we are going on a learning journey to trace the production process of a chocolate bar—from the moment that the cocoa bean is picked in a field to the point at which the chocolate bar is sold at the grocery store.

As a result, I saw my students’ engagement go way up. I had students asking more questions, doing more research, and making more claims that were actually backed by texts and primary sources.

In fact, I noticed that when I taught this way, my general education students started outperforming my honors’ students.My general education students just dove into the research and started asking bigger and bigger questions that pushed them to research further and deeper, and pushed me to expand my teaching into more sophisticated areas. For example, my students were so invested in learning about the production process as part of the cocoa bean teaching unit that we started studying the three-sector theory in economics, and students started using this theory to understand other big questions about production and global markets.

This school year, I am in the classroom in a different way. I am now an assistant prinicipal and I now coaching my teachers in much the same way that Center for Inspired Teaching staff once coached me.  I tell my teachers that it is important to have strong structure and routines in the classroom and it is also important to hand over more of the work of understanding and problem solving to students when they are ready for it. I tell my teachers that if they do all the talking and spoonfeed everything to their class, they rob students of the opportunity to make their own way to an answer, and the confidence that comes with that accomplishment. When students' confidence grows, they want to take charge of their own learning, and that builds their confidence even further.