Feed the World merged with CHOICE Humanitarian in 2016 bringing with it expertise in small scale agriculture.  Coupled with the CHOICE community development and self-sufficiency model, the synergy of this merger has resulted in richer and broader scope in reaching villagers in Peru.

Direct impact by the numbers

CHOICE projects directly impacted families in Peru.  Expeditions built 32 cook stoves to replace the traditional open kitchen fires which eliminated the toxic effects of open cooking fires in enclosed kitchens.  The most effected were young children and the elderly, not to mention the reduced life expectancy of women who were constantly exposed to smoky kitchens.  In 2016, 2 larger projects built stoves for kitchens used for preparing meals for 450 students.

Additional training was given to 124 persons on public and personal health and agriculture.

Over the course of the year CHOICE consulted with two other NGO’s in the Municipalid de San Miguel in del Faique and the Municipalidad del distrito in La Arena.

In La Arena, 152 villagers were reached.

CHOICE accomplished this outreach with 2 professionals and 7 field technicians.

A total of 1238 people were directly benefitted by CHOICE projects.  CHOICE workers coupled with district municipalities and supported by local schools help to broaden the outreach of the CHOICE development model.

You made it happen

These efforts to eliminate extreme poverty and their successes would not have been possible without the generosity of CHOICE Donors and CHOICE Expeditioners.  The result was improvement of the health and life span of villagers resulting in improved and productive lives.

You can help my making a generous donation to Choice Humanitarian. 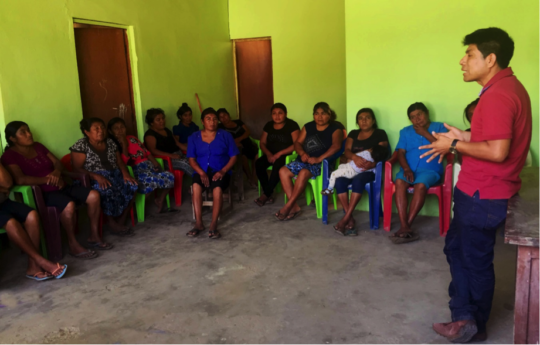 The district of La Arena is located in the coast part of the department of Piura. It has a population of 34,500 people. The district has 31.3% of chronic malnutrition in children under 5 years old. Our institution has started to work with tree communities name “Pampa de los Silva”, “Alto de los More” and “Peñal” with a total of 61 families, training them how empowering their-self to take control of their lives and how to make this development sustainable in time.

This district is located in the mountain part of Piura about 1,200 meters above level sea. It has 8,850 people and has a 38.7 % of chronic malnutrition in children under 5 years old. Our institution started to work since last june with 200 families divided among 6 communities for a term of 3 years training them in community development, planting gardens, layout of multicrops, good practice of health and nutrition, and economic development for their sustainable development. These families attend to these meeting very enthusiastic because they know they can make the difference in their lives.

This district is located in the mountain area of the Piura department about 1,600 meters above level sea. It has 1,700 people with 38.7% of chronic malnutrition in children under 5 years old, being one of the highest in the department. Last June 300 families have successfully graduated from our program improving theirs practice in agriculture, health, nutrition and animal husbandry to get a better quality of live. Soon next month our institution is going to start a new project with 600 families in the Plateau Andean in community development for a term of three years. 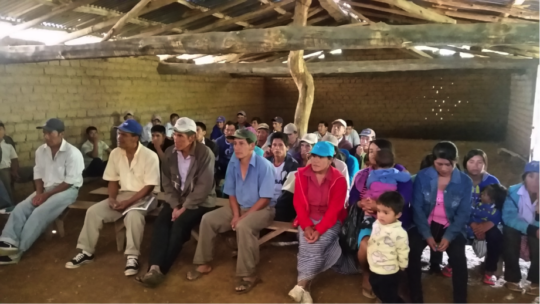 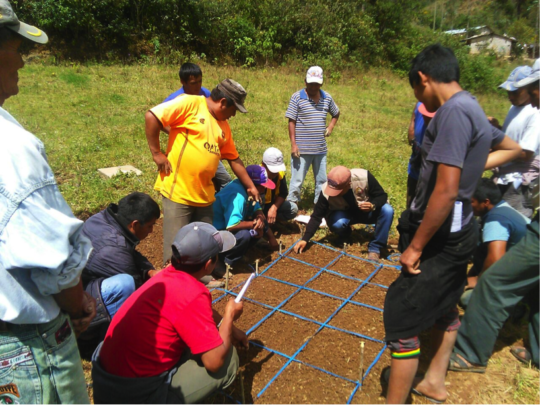 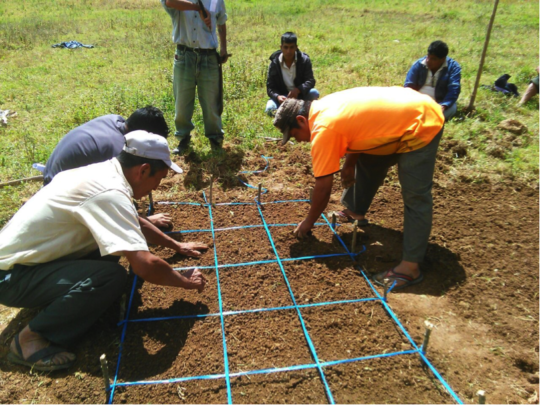 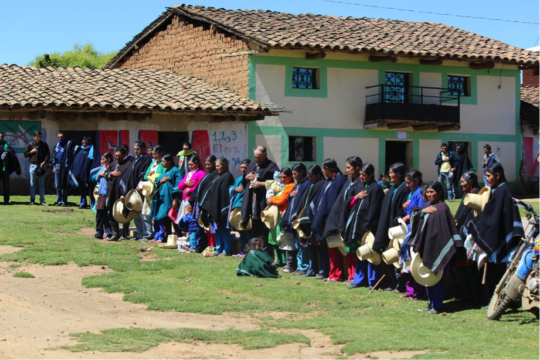 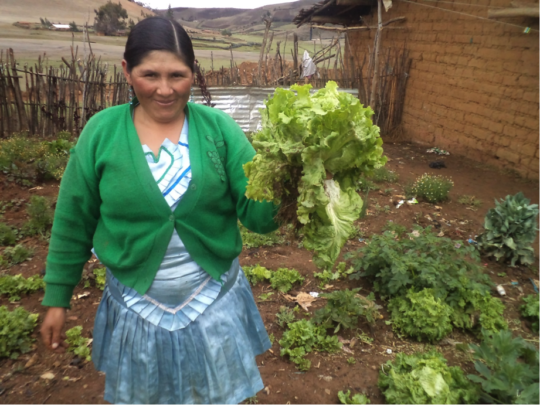 Sustainable Nutrition for 823+ Families in Peru

Globe Med worked with Penn State University and raised over $5,000 for projects in Peru. They also flew over two Feed the World/CHOICE Humanitarian staff members to speak at a conference hosted in Guatemala where The CHOICE Humanitarian Leadership Model was presented. We live by the motto, "A hand-up not a hand-out." Families lift themselves out of poverty through the CHOICE model and education.

A year ago we completed a successful project in Frias, Peru and are now starting another project that will include another 300 families. This project is a cooperative project between CHOICE, the local government of Frias, and the regional government  of Piura. The main focus of this project is to teach families the importance of health and nutrition and then with that basis teach them to grow gardens with a variety of vegetables to meet their nutritional needs. Once we have had success in teaching them to grow gardens then we will help them with their crop production. Once they are competent in improving their crop yields and raising a variety of field crops then we will help them to start raising small animals. At the end of this training the families will be totally self sufficient nutritionly and will be able to produce items that they can sell for money that can be used for school fees, clothing, or other family needs.

In addition to this training we will start with Community Development and Leadership training. This training will help the community to know how to work together to improve community wide projects such as schools, health clinics, water and sanitation systems.