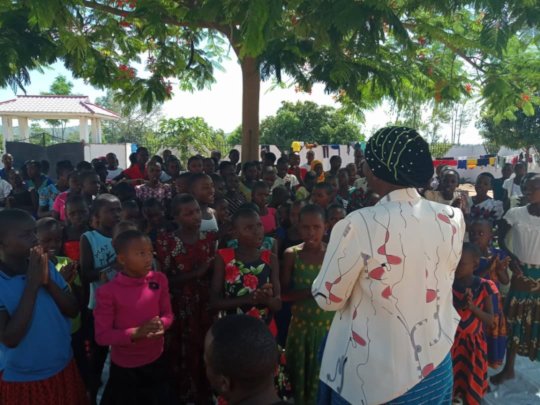 Therefore we have been working with teachers where we can to get get some printed material to students where possible, and also promote learning materials by radio where students can access those.

The school closures resulted in an additional FGM cutting season, and the FGM Safe Houses we work with had many more girls arriving, a particular challenge meaning they had to turn their vocational training classroom into a temporary quarantine area.

However they have been able to run English conversation classes via videoconferencing with teachers in the UK, and access materials such as Khan Academy on the Raspberry Pi we set up there.

We have also been able to provide materials specifically tailored to the Tanzanian curriculum from SmartSchool Tanzania, that sent a hardrive of material from Dar es Salaam to Mugumu on the bus.  The staff and students at the Safe House there are now trialling it, and if it proves successful we will try to roll it out to other schools if possible.

The schools are going back on June 29th.  With extremely large classes and often a lack of running water it will be hard to keep students safe. We continue to liaise with our partner schools to help where we can.  We are particularly concerned to see whether female attendance will be reduced.  Often when times are hard, girls are married off to get cows as dowry for their family. Child marriage is illegal but common in remote communities, and we are working with schools to support girls in these particularly challenging times.

We hope you are safe and well, and thank you again for your generosity in supporting this project. 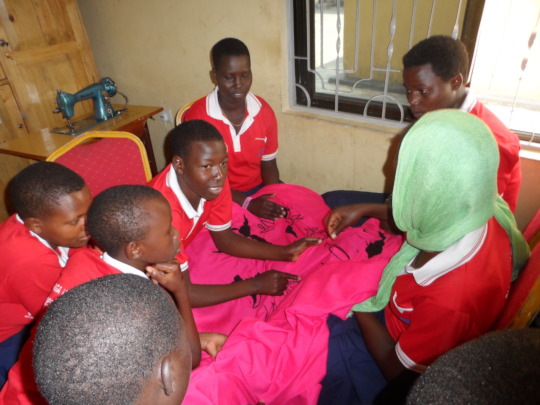 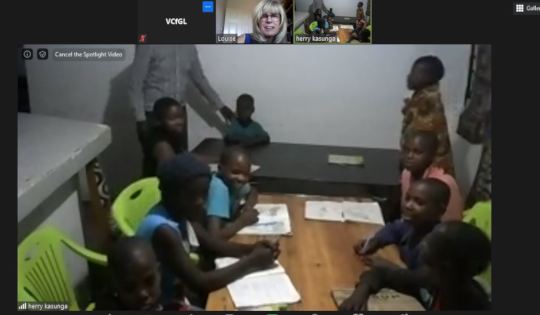 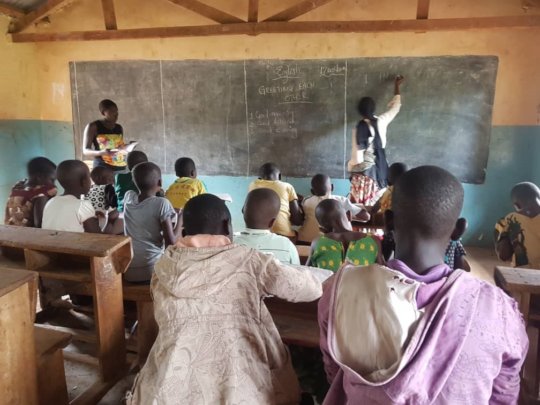 How Open Data can help Tanzania 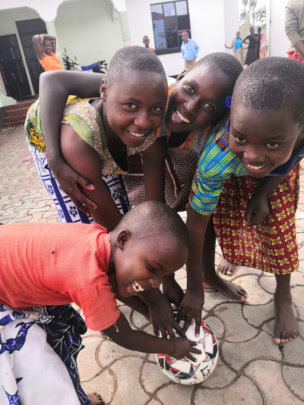 I hope everyone is keeping safe in these very challenging times.  I returned from 6 weeks in Tanzania a fortnight ago to lockdown in London.  I am fortunate here to have reliable electricity, internet, water and a reasonable amount of space. Obviously that is not the situation for many in Tanzania.  We are helping to spread messages around hand washing and social distancing where possible in Tanzania.

Schools there are shut and large gatherings banned now, although people continue to go to church and the mosque.  We are helping provide access to hand washing facilities and other support for particularly vulnerable groups such as street children.  School closures mean the cutting season has started early, and Rhobi is already getting new girls arriving. She has converted the classroom into an isolation room for new arrivals and those with symptoms.

We are also working with Healthsites to update health centre information on openstreetmap where possible. We have postponed field mapping and are concentrating on remote mapping for now.  We have had more new mappers who are in lockdown joining us recently and have been holding virtual mapathons.

While in Tanzania we helped organise a very successful event for Open Data Day which you can read about here.  We also did follow up training with Rhobi and her staff at the Safe Houses. We also set up 2 new Youthmapper chapters in Musoma and Mwanza and had a stall explaining our work at Innovation Week in Dar es Salaam.

Thank you for your generosity and stay safe in these very challenging times. 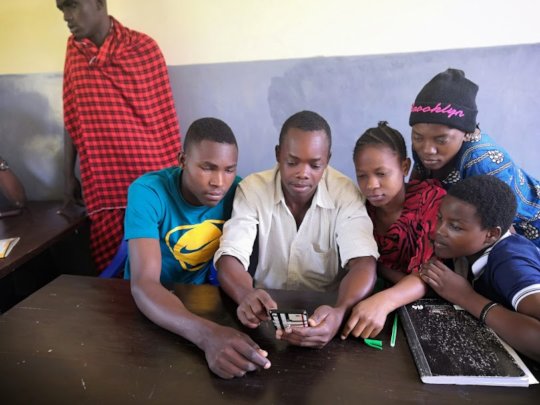 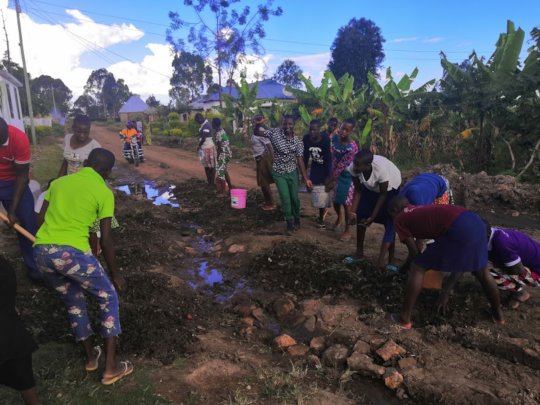 By Janet CHAPMAN - Project Leader
We were delighted to be invited to present our work at the Zero Tolerance event organised by UNFPA  in Dar es Salaam on February 6th.  Rhobi was part of the panel and talked about our work.  She was accompanied to Dar by Christina, a former cutter who Rhobi persuaded to destroy her tools and stop this practice.

Christina had never been to Dar before, and had never travelled by plane, so it was a very exciting experience for her.  When she saw the air stewardesses in their smart uniforms she asked Rhobi whether any of them were Kuria like them.  When Rhobi answered no, Christina started to cry.  “We have so much still to learn” she said.

Listen to Rhobi and Christina's story from Mugumu here: https://youtu.be/IF5A8oVCCBI

Persuading cutters, or Ngaribas, to stop the practice is an important part of the fight against FGM.

One reason girls are cut is because cut girls fetch between 10 and 12 cows when they are married, but uncut girls fetch only 4 to 6 cows for their family.  As each cow is worth around $100 this is significant for families living in extreme poverty.

Hope’s outreach work on the effects of FGM and through roadshows, traditional dance festivals, village community forums, and film screenings is beginning to pay off.  We have managed to change many people’s attitudes and stop the tradition of Female Genital Mutilation in many families in the villages.

Particularly importantly we have managed to persuade 6 cutters to ceremonially destroy their tools and stop cutting girls.  These cutters are now helping girls not to be cut in their communities by helping them reach the safe house and providing anti-FGM education to the community.

This is a brave step for these women, and not always supported by their family or husband, who miss the income and status their role brought.   Hope has worked with them, educating them on how to start alternative small businesses selling cereals in the market, and provided them with capital of £220 to do this.

Christina was previously a Ngariba in the village of Kebanchabancha.  She attended one of the anti-FGM road shows and as a result she decided to stop cutting and publicly destroyed her tools.  Although this resulted in Christina losing her source of income, divorce from her husband, and having to move away from her village, she says she has no regrets about this important decision. Christina now supports the Hope team’s work of re-education of those involved in cutting.

We know of 40 cutters who are still operating, who we still need to persuade to drop their tools. But we salute the following women who have seen the light and stopped cutting.

Please check it out here

And thank you again for your generosity to help protect girls from FGM in Tanzania..