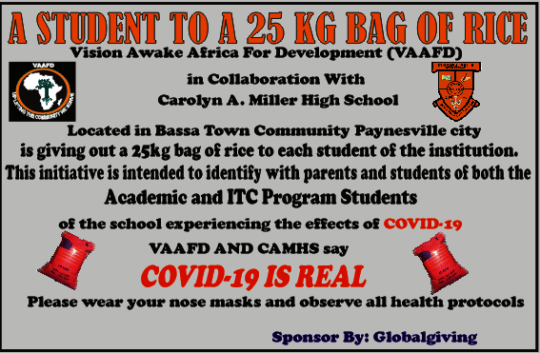 We, appreciate the generality of our donors, friends, and supporters, especially during this pandemic. With

With the support of one of our supporters, we were able to provide our students 25kg bag of rice each of them.

This initiative was done by us who has given her commitment to our project and the children of Liberia.

With our request and the need at the time with COVID-19 and the shortage of rice in the country at that time, it was like giving a child the whole world.

The COVID-19 has negatively affected the entire world especially in the educational sector, kids have to stay home.

The government allowed kids to return to school to complete the school year, that which went on successfully, and school finally resumes in the first week in December.

It has been difficult for our students during this time since they 90% of them are self supporters and we do not have the full support to meet up to their need.

The greatest support we have had for our students has been an education that we continue to provide.

We are grateful for all of the support and love you continue to show to the children of Liberia. 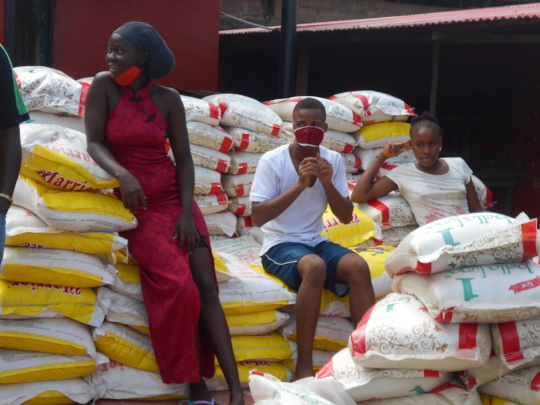 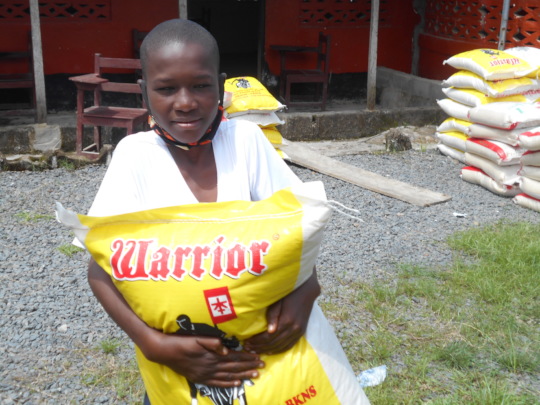 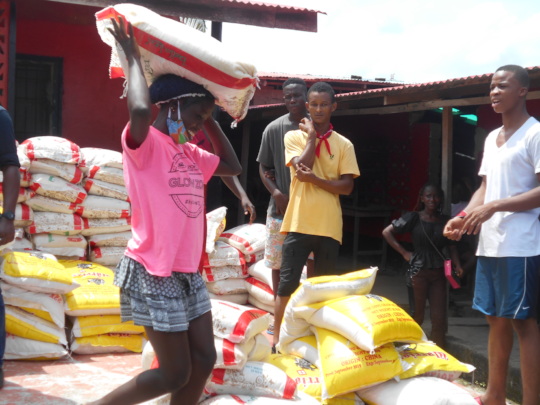 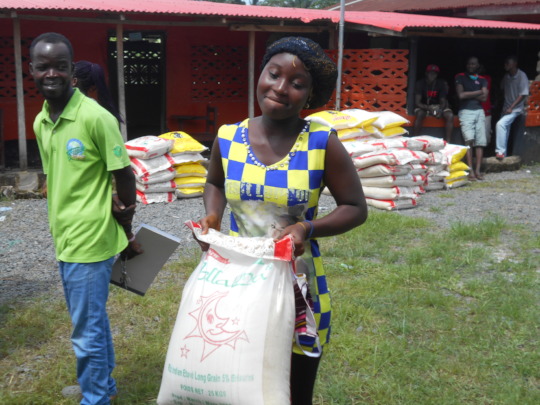 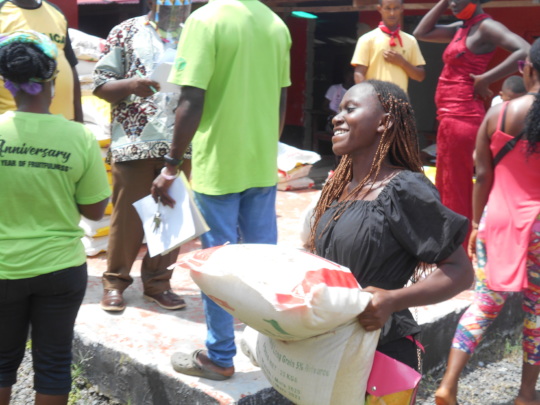 Difficult time for our students 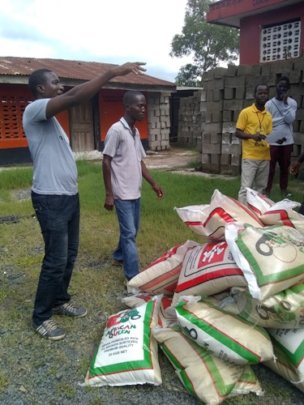 We want to thank our sponsors, donors, friends, and supporters for standing at this point in time with all their love and we want to let you know that we are doing fine and keeping safe.

Liberia like any other country in the world has been hit by the COVID-19 and due to that, schools and all social gatherings have been shut down by the government in order to keep the health rules. It has been a real challenge for our students, teachers, and the entire community in turn of food and basic social need.

We are dealing with students who are vulnerable 80% of our students are self-supported, they do street selling after school to be able to survive and this time really critical them as well our teachers who are paid between $50-150.00 per month.

We are institution was to provide for each of the teachers a bag of 25kg rice to enable them to have small food for them and their family while on lockdown.

In the meantime, we are in partnership with Mentor without Border providing for 16 students computer skills in programming, mobile app development, website designing, and graphic design. Before the lockdown, they all were meeting at the school to do their study but they all are now staying in their various homes to do their studies as the health protocol required.

Their mentors meet them every Saturday and they give them the entire week to study. The government has announced the reopening of all students sitting for the West Africa Senior Secondary Examination in August this year.

We are currently undertaking a renovation and preparing the school campus for the reopening of school this month. We seeking support for our Internet connectivity to enable our students to be able to go online to their study, do research, school assignments, and the CC camera at the school which only works with internet connectivity.

We will need $150.00 as a flat rate for internet data every month to help us smoothly run ITC programs. We want to ask our donors to kindly help us in this direction. We want to thank you very much for all of your help, support, and endless love for the children of Liberia.

You are doing a great job and making a great difference and we are so proud of you and we want to say that we appreciate your love. 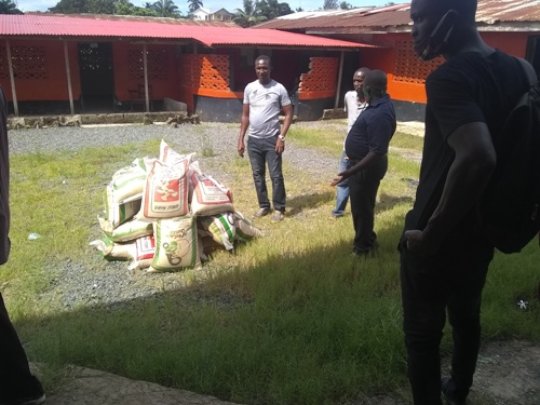 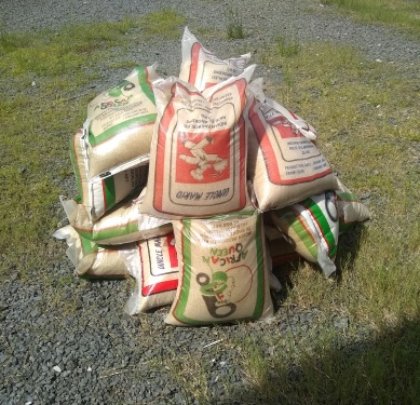 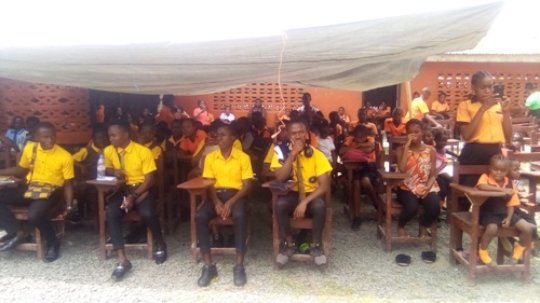 Many thanks to all of our donors, supporters and our friend for your continual to the children of Liberia. We are now in the second semester of the school year and we have couple of months for the grade 12th and grade to be sitting for the West Africa Examination.

In the main time we are pleased to bring you the over view of the induction ceremony of president of the student council government 2019/2020.

The induction ceremonies are usually held in schools to officially dedicate power to responsibilities to students who are elected to serve their colleague for the year under the banner of student’s council leadership/ government. This year 2019/2020 Mss. Alicia won the election on the ticket of the student’s unification party (SUP) as president.

The induction ceremony officially gives she and her officers power and this was held on Friday February 14, 2020 on the campus of the Carolyn A. Miller High School.

The occasion was graced by the presence of important personalities such the chairman of the Bassa Town Community who served as the key note speaker Mr. Akoi. In his addressed note, he advised the students on the need to make maximum use of the facilities being provided by the school. He cautioned them on hard work and seriousness, and he also that laziness is eating out the core values of the Liberian Educational system and encourage them to work harder to secure the future of Liberia from the hands of corrupt leadership.

Mrs. Christian who inducted Miss. Boimah into office admonished her to be focused and committed in the discharge of her duties of the office given to her.

The program also witnessed the launching of a fund drive of $5,000.00 United States Dollars Library project.

The chief launcher Mrs. Binda donated the sum of $4,000.00 Liberian Dollars and she promised to make a future donation toward the project.

The co-launcher also donated the sum of $10,000.00 Liberian Dollars to the project, and there were numerous pledges made from attendants at the program including institutions that were invited to grace the program.

Miss. Boimah in the speak she promised to work with her fellow students, and focus her attention on the following areas, such as working with her leadership to encourage other students especially girls who have not make education as priority to enroll secure a future for themselves, lobby with the administration to organize extra classes to help slow learners. She also promised with the support from her friends and administration to conserved work.

And also said that under her leadership press club will be established to expose students to reading in public socially, she promised to promote unity among students and create opportunities void of partiality.

The program ended with massive display of impressive dancing performance by the school dance crew.

We also want to inform our donors, supporters and friends that our school construction project is starting this year, someone illegally constructed on the property and the Land Authority is working to remove them and as soon as that is done our work will begin. The cost of the project is over $400,000 and we have made thousands of blocks and we will need sand, rock, steel rod and workmanship to enable us carry on the work. We will appreciate any amount that you can donate to help us move on with this project.

Thank you again and we are grateful to you and your family, you are making a difference. 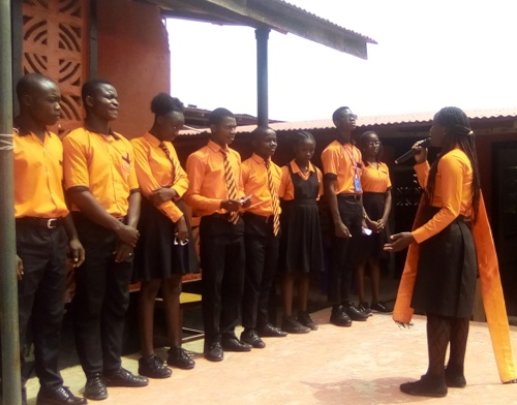 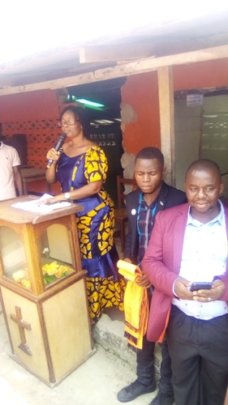 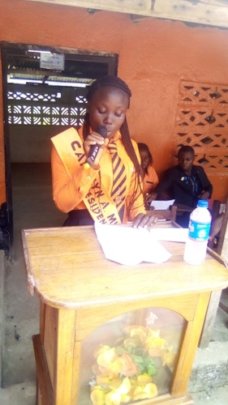