Bringing the attention of International Bodies 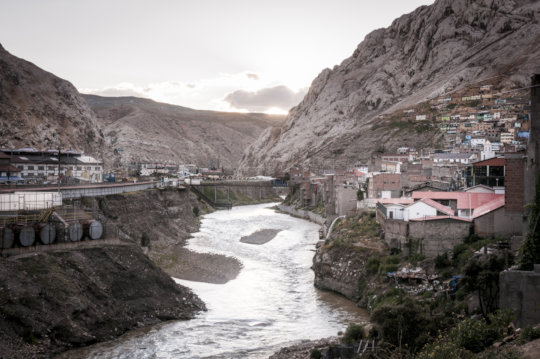 La Oroya and the Smelter

In the past months we’ve had multiple meetings with our local partners APRODEH and the local community leader focused on coordinating ongoing activities on the case and our participation at a round table on heavy metals.

During the first week of February we participated in the round table on people affected by heavy metals, a session held by the Technical Group on Environmental Health to plan and strategize actions related to La Oroya and other communities in the region.

This participation helped us to continue building the trust with the community and their leaders, and during the conversations our team was able to play an active role in the coordination of the work and agenda of the group.

As AIDA, we committed to help on issues related to advocacy efforts before international Huma Rights bodies such as the UN Special Rapporteur of Human Rights and Environment and the Inter-American Human Rights System Rapporteur to bring attention to the situation.

Currently we are finalizing a communication piece addressed to the Inter-American Commission on Human Rights (IACHR) with the objective to show evidence on the deficiencies in the implementation of the precautionary measures established by the Commission, and the coordination issues with the Health Ministry in charge of implementing such measures.

We continue to be consistent and strong in our efforts to support the communities and local organizations in La Oroya, our team is committed to provide the legal and technical assistance needed by them to ensure the protection of their rights, their environment and their lives. 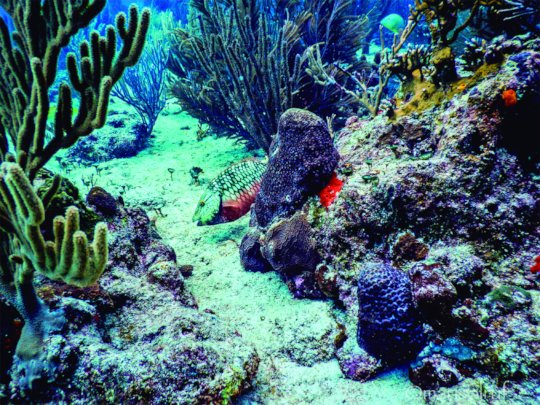 Parrotfish are vital to the health of coral reefs, and the Mexican State has an obligation to protect them. After a year of arduous work and collaboration with organizations and local actors, the letter sent to the government where AIDA outlined the international obligations Mexico has to preserve its coral reefs, requesting that ten species of parrotfish be included in the nation’s list of protected species, resulted in an official ruling to legally protect those species.

Using arguments based in international law and knowledge of environmental treaties, in October 2018, AIDA requested that the Mexican government include ten species of parrotfish in the national registry of protected species, under Official Mexican Law 059, which is currently being updated.

AIDA made the request through a letter to the National Advisory Committee for the Normalization of the Environment and Natural Resources, in support of a proposal the Healthy Reefs for Healthy People Initiative made in September in coordination with Casa Wayuu, the Kanan Kay Alliance and the Mexican Center for Environmental Law (CEMDA).

The species of parrotfish we are trying to protect play a vital role in the survival of coral reefs because they feed on algae which otherwise deprive the coral of light and oxygen. Populations of these fish have declined drastically due to habitat degradation, pollution and climate change. Studies done by the Health Reefs Initiative, among others, have shown that 60 percent of the coral reefs in the Mexican Caribbean are in either poor or critical condition.

The letter outlined the treaties and conventions that oblige the Mexican State to adequately fight threats to species requiring special protection—species like herbivorous fish, which are vital for the health of Caribbean reefs and other marine ecosystems.

The letter also mentioned the Advisory Opinion on human rights and the environment issued by the Inter-American Court of Human Rights. In that decision, the Court strengthens States’ obligations to protect human rights and acknowledges the close relationship that has with environmental protection.

Despite serving as fish hatcheries and natural barriers against hurricanes—among other key functions—coral reefs are very fragile and vulnerable to climate change, the consequences of which include ocean acidification, sea level rise and algal blooms. The latter are caused by untreated or inadequately treated wastewater being pumped into the Caribbean, and other forms of marine pollution.

“The most recent report from the Intergovernmental Panel on Climate Change (IPCC) warned that the warming of the planet’s average temperature by more than 1.5 degrees Celsius would result in the destruction of reefs,” explained Melina Soto, Mexico coordinator for the Healthy Reefs Initiative. “It is therefore urgent States adopt adequate measures to preserve coral reefs, and one way to do that is through the protection of herbivorous fish.” 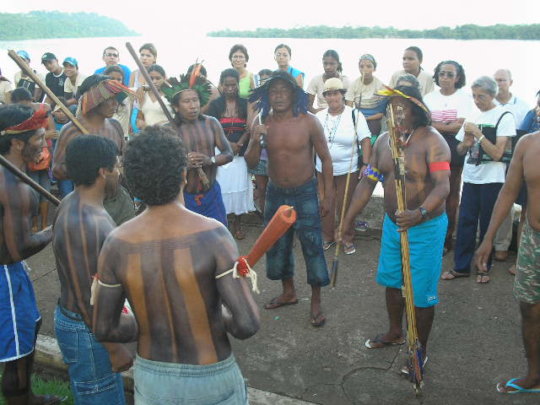 AIDA and partner organizations requested a hearing before the Inter-American Commission on Human Rights where civil society organizations demonstrated how measures adopted by the administration of Brazilian President Jair Bolsonaro are undoing decades of human rights protections in the country in an effort to halt further rollbacks, and to demand a reversal of the government’s actions that are currently threatening indigenous communities.

Last May, the Inter-American Commission on Human Rights (IACHR) heard how measures adopted by the government of President Jair Bolsonaro have rolled back protections for human rights in the country, creating a dangerous situation for indigenous communities and violating Brazil’s international obligations to protect human rights.

The hearing formed part of the Commission’s 172 Period of Sessions, which toke place in Kingston, Jamaica.

During the hearing, we detailed how reforms made by the Bolsonaro government in matters of law, public policy, foreign policy, and other areas, violate the preservation of indigenous communities’ way of life in the country. The case also shows how those reforms violate communities’ rights to life, culture, food, a healthy environment, clean water, and the delimitation of their ancestral homelands, among others.

The government has diminished legal and administrative protections for indigenous communities through the following actions:

In addition to these rollbacks, we asserted that the situation has been aggravated by increased deforestation, encroachment on indigenous lands, and violence against environmental and human rights defenders.

At AIDA we continue to support the local organizations defending their lands and their rights, and by presenting their cases at the Commission’s hearings allows us to bring international attention to the issues.