Sharing experiences from past Journeys

As the staff is working on preparing the next Massa-Massar Journey, we wanted to share what Dorit Shippin, who is in charge of the project, wrote after the last day of a previous Journey:

"The concluding session was, fittingly, a farewell session. Statements by the participants suggest that they underwent a meaningful experience. Nearly all the youngsters mentioned "firsts": They said it was their first visit to holy places in Jerusalem, or their first visit to such places as part of a mixed Jewish-Arab group. Muslims entered a mosque with Christian friends for the first time; all the Arabs were visiting the Western Wall for the first time. It was the first time the Arab youngsters met a Jew wearing a kippah who defends Palestinians and, in the name of his faith, struggles for justice for all. It was the first time the Arab participants heard about the Holocaust from the perspective of the suffering of children, and the first time the Jewish participants had shared this pain with Arabs. And so on and so forth.

"The Arabs in the group were older and hence more able to express themselves and were expecting more self-disclosure from the Jews. The Jewish participants were surprised by how articulate the Arabs were and by their joie de vivre. One of the participants noted that the encounter itself was the most interesting part.

"Here are two sets of quotes from a Jewish girl and an Arab girl in the group:

"Jewish girl: It was hard to get up early every morning. We were in all kinds of special situations with the Arabs, and that was a chance to see how they really are. I understand that they are like us; they want contact and we really were able to make contact despite the distancing between the two groups. We spent a week as if on another planet, like in a greenhouse. Every one of you is smart, amazing and beautiful.

"Arab girl: In the Holocaust museum, I identified strongly with the terrible things that happened to the Jewish people. It was written beautifully there: "Our love was like the wind, we did not see it but we felt it. The hatred passes, but the love always remains." And I say: even though there are conflicts between our peoples, they will pass – and the love between people will always remain.

"One of the chaperon’s told the members of the group, "As you were together on this Journey – that is how the world should be." Thus ended the Journey; the journey of life goes on. We hope that each of the participants will take this experience with them, back to their lives, with respect and appreciation for those who are different from them and with respect and appreciation for themselves; and we hope that they will want to work toward a more beautiful and more just world."

Welcoming a new generation to the school! 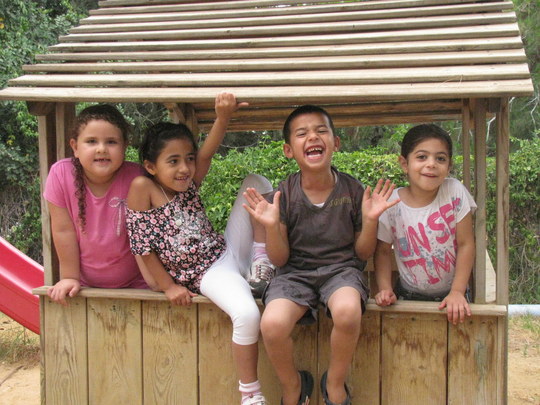 This September, like every year, the school welcomes new first graders. 26 Jewish and Palestinian children will soon be taught together in Arabic and Hebrew and learn the values of peace and equality thanks to gifts like yours.

While it has been the model for other bilingual schools in Israel, the Primary School of Neve Shalom/Wahat al-Salam remains the only one located in a binational community, where Palestinians and Jews choose to live, work and raise their children together.

When graduating last June, Anat a Jewish 11-year old, told us: "The school gave me a chance to see the other side and also the opportunity to learn Arabic and the Arab-Palestinian traditions so that I get to know more about them and we are able to communicate. What I like the most about my school is the union I see between Jews and Arabs."

Thank you for making this possible for the children of Neve Shalom/Wahat al-Salam! 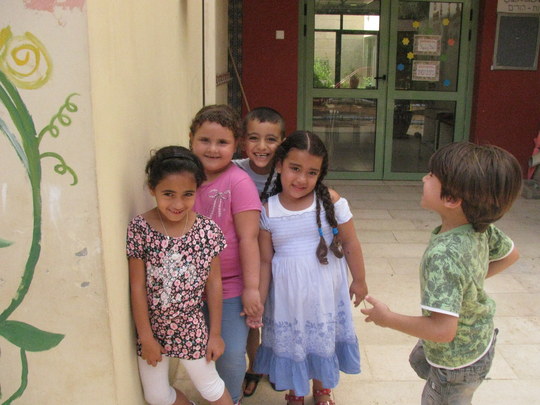 Thank you! Thanks to you and other generous donors like you, the School for Peace has been able to organize five youth encounters this year. That means about 300 young Jews and Palestinians from all over Israel have been able to meet the "other" for the first time and to have meaningful dialogue. All have left with a changed vision of relations between Palestinians and Jews, many will continue to interact in the coming years. They are all building the foundations for a peaceful future between the two communities.

The School for Peace is now preparing for next school year, and with your support, is hoping to set up even more encounters starting this fall.

‹ 1 ... 37 38 39 40 41 42 43 44 ... 47 ›
WARNING: Javascript is currently disabled or is not available in your browser. GlobalGiving makes extensive use of Javascript and will not function properly with Javascript disabled. Please enable Javascript and refresh this page.