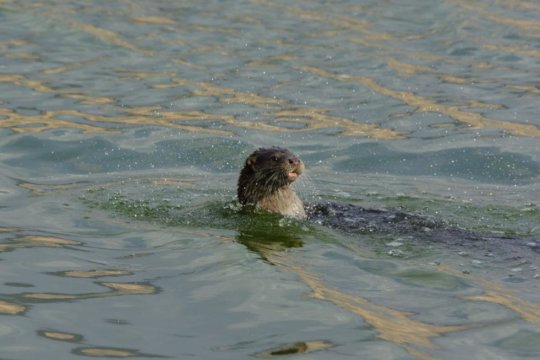 Here is a recent article published in Israel about the native otter situation.

Unfortunately, there are no new developments with our program but we are continuing to investigate and test to try and find solutions.

The Israel Nature and Parks Authority has recently released an annual report on the country's otter population, which revealed the semiaquatic mammal appears to be critically endangered, as its natural habitats continue to shrink.

The common otter (also known as the Eurasian otter) is considered to be one of the rarest carnivores in Israel and only a few have seen it in the wild. Its secretive nature and nocturnal lifestyle allow it to avoid being spotted by humans while searching

The otter sits atop the food chain of Israel's most humid habitats and its presence is a sign of the ecosystem's health and biodiversity.

Until the beginning of the 20th century, otters were common along all coastal rivers in the region. From the Lebanon border in the north to Sorek River in the center of the country, and along the Jordan Basin - from its sources in the north to the Dead Sea in the south - including Hula Lake and the Sea of Galilee.

However, these furry little creatures' numbers have been on the decline ever since, which has led professionals to classify the otter as critically endangered in Israel.

According to estimates, there are only a few dozen individuals living in the wild today, mainly in the Hula Valley, the Sea of Galilee and along the Jordan River, which are the only habitats in Israel that sustain a stable otter population.

The latest data on Israel's otter population was conducted in February-March 2019 in the creature's main habitats. 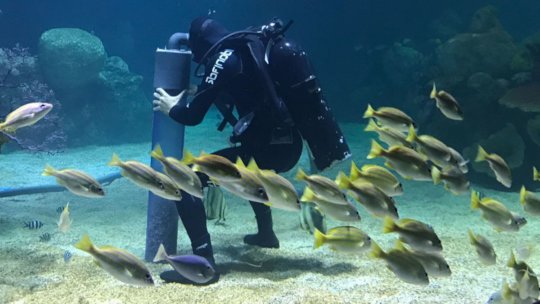 Volunteer diver cleaning one of the tanks

Despite the lockdown and the travel restrictions in Israel, the dedicated team of volunteer divers at the Aquarium has managed to continue its important work in helping to keep the fish healthy and the tanks clean.

The Aquarium has some 50 unpaid volunteers who greatly enjoy their weekly volunteer sessions - especially when our tanks are really the only place you can dive in land-locked Jerusalem!

On October 30, 2020, the Aquarium and Zoo staff will be participating in a special beach clean-up effort at all of Israel's beaches.

The Aquarium, one of whose main objectives is to raise marine environmental awareness, is proud to be part of what is being touted as the 'World's Biggest Beach Clean-Up'!

Rachael and the Aquarium Team 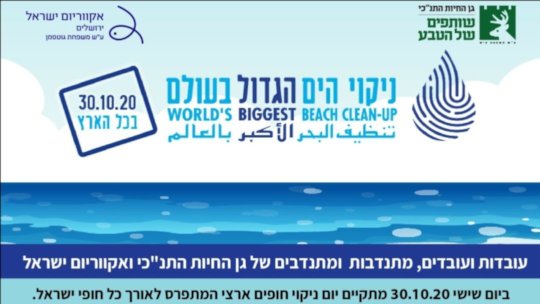 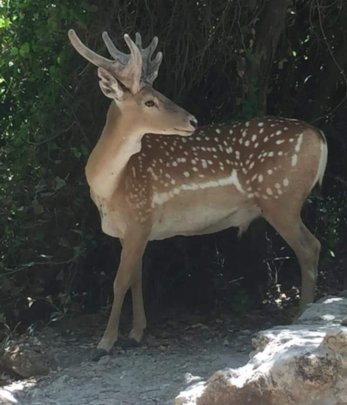 One of the exciting aspects of this conservation project is the ongoing participation of local communities in our efforts.

Residents of nearby towns and visitors to the national parks share with us fallow deer observations thus supporting our efforts and contributing to our data.

Community outreach and public awareness is an important part of long-term education that contributes to the success of the project.

A number of camera traps, contributed by the Segre Fondation, are set up in a radius around our release site in the Jerusalem hills and together with photographs sent to us, we use the data to discover more information about deer activity in the area - or lack of activity, which can also inform us about deer moving out in to new areas

This past year there was a very significant decrease in male photo events from our cameras. This is in contrast with deer encounters reported by hikers and nearby residents – over 90% of photos we receive from these sources are of males.

This could be partially explained by the fact that males are known to roam and cover more ground, thus reaching major trails, roads and villages, while females tend to stay hidden and cover less ground (all camera traps are located within natural areas, covered by dense vegetation and hidden from humans).

There is a very significant increase in total female photo events. This could be an encouraging sign of a relative high survival rates of females and of a relatively high breeding potential of the population.

Two photographs taken by a hiker (who used to work at the Jerusalem Zoo) made waves on social media and were even shared by the State of Israel's official twitter account. Such publicity serves to expose an even larger public to the importance of conservation and environmental issues in the country.

Rachael and the Deer Team 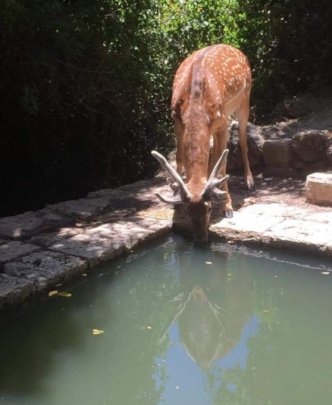 Credit: Amy Katz
‹ 1 2 3 4 5 6 7 8 9 ... 86 ›
WARNING: Javascript is currently disabled or is not available in your browser. GlobalGiving makes extensive use of Javascript and will not function properly with Javascript disabled. Please enable Javascript and refresh this page.