News from Nochlezhka over summer 2017

What great news! At the end of July four people living in our shelter completed a course to become a system administrator’s assistant and even got certificates!They were taught by the head of the 1rost.com company, Yuri Lebedev, who contacted us back in April telling us that he wanted to train our clients for free and teach them a technical profession which is currently in demand. He even developed this course especially for Nochlezhka’s clients!Six residents of our shelter started this course and four of them had all 30 lessons and passed the final exam to get a certificate. In the photo you can see all our graduates with their teacher Yuri (the first on the right) in the lounge of our shelter.

Our residents are holding their certificates which can help them find a job. You know full well how keen employers are on papers. Yuri thought of that, too, and did not just provide his students with the necessary knowledge but also with personal certificates.

While we are waiting for Yuri’s students to get jobs, he is preparing the next course for our shelter’s residents! We’re very grateful to him for his professional support of our clients: we have been dreaming about training courses for the homeless living at our shelter but we haven’t had time to implement this project yet. But thanks to Yuri’s help we have got a step closer to our dream and made it possible for our clients to get employed as professionals.

There you go. This is just one of Nochlezhka’s stories from July. You can find a detailed report on how many homeless people we helped in July and how on our website.

Dmitry's parents died a long time ago. He came to St. Petersburg from Norilsk eight years ago and got enrolled on a course at the department of Philosophy at St. Petersburg State University. He tried working and studying at the same time, which proved to be hard, so he left University two years later and focused on the job. He had a go at running his own business selling cars but it did not work out. He ended up in debt and had to sell his flat.

'I failed on all fronts, in love life, in finances and in the professional sphere. I tried to commit suicide and ended up in a mental hospital as a result. When I was discharged three months later, I had nothing. Before I got into hospital, I was renting a flat with my girlfriend. After the hospital, I had no flat, no girlfriend, and all my stuff had been thrown away. I was left with my ID and a medical insurance policy. I had nowhere to go, so I went to the house where I had been renting before the hospital. Simply because I was able to get in, I still had the keys. So I went to the top floor and spent the night there. I had no phone or money. I tried looking for some newspapers, for a job because I had no money whatsoever, not even to pay for food, nothing at all. I needed to find some information in order to work, to call someone', recalls Dmitry.

He had a few months of hardship on the street during which he lost his papers and came to Nochlezhka to restore his papers. We had a vacancy at the shelter at the time so we were able to accommodate the man.

He spent five months at Nochlezhka and is currently working and renting. He has great plans and we believe in him.

Thank you for the great support! 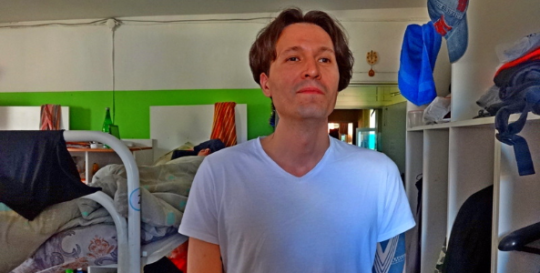 Dima in the shelter's room

some news and stories from Nochlezhka's spring 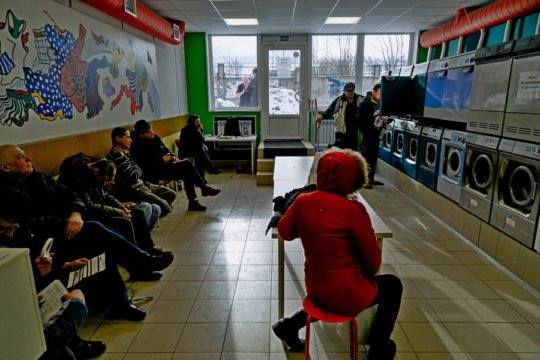 I am writing to tell you about Nochlezhka’s achievements over the spring.

A story from our clientWe continue sharing with you our clients' stories, because we want to show how big is the work done by every person who was able to get back to ordinary life from street. We admire our clients who find forces to recover from great stress and move forward to improve their life despite different obstacles, society pressure and vague future. Yuri, a Ukranian citizen from Donetsk Region, came to Nochlezhka last year. He was working at a construction site but his pay was long overdue and he had no money for rent. Unfortunately, this is a very common story. As a result, Yuri ended up on the street. At the Moskovsky train station he heard about Nochlezhka. At the time, we had a vacant bed in one of the four male dormitories, so Yuri moved in to our shelter. Our social workers helped Yuri apply for and receive a temporary permit as an asylum-seeker, since there is still an armed conflict in his home region. Then he found a job with a stable salary, saved some money and moved to a rented flat. Not only was Yuri able to sort out his problems while he was at Nochlezhka’s shelter, he also helped our experts a lot: Yuri accompanied our clients to various governmental institutions on several occasions, to courts, immigration authorities, medical institutions. ‘Yuri did the paperwork for the elderly, the weak and the timid, he spoke to representatives of institutions on their behalf and really helped a lot of people. For this we even added Yuri to the list of people whom we would like to particularly thank for their help to Nochlezhka in our annual report for 2016’ says Roman Shirshov, the social worker who oversaw Yuri’s case. The most important figures over March-AprilThese are the most important figures for us – how many homeless people our charity has helped. We would like to thank you for every human being we have managed to save from the street with your help!Heated TentsOur heated tents accommodated 245 people. They spent a total of 2107 nights there. This is an extraordinary amount.For the first time ever we have managed to arrange with the local authorities to prolong the operation period of one of our tents. It stayed open until 21 April. This is fantastic, as the nights in St. Petersburg are still freezing.Night Bus 811 people used our Night Bus with a varying regularity. Our volunteers gave out 2,542 hot meals over the course of March-April. Cultural launderette1435 people used our free launderette for the homeless to wash and dry their clothes. This project is run with the support of Prachka.Com, a chain of self-service launderettes.Over last two months, 72 people were staying in our shelter for the homeless. Everyone who stays there receives individual support from social workers, lawyers and therapists working for our charity.  Counselling ServiceIn March and April, Nochlezhka’s social workers provided 1407 consultations to homeless people, and lawyers gave 127. We distributed clothes to 1206 and toiletries to 1095 people.  Thank you for reading our newsletter and following our news! Thank you for supporting Nochlezhka. Your kindness lets us do our very important job. Most sincere thanks. 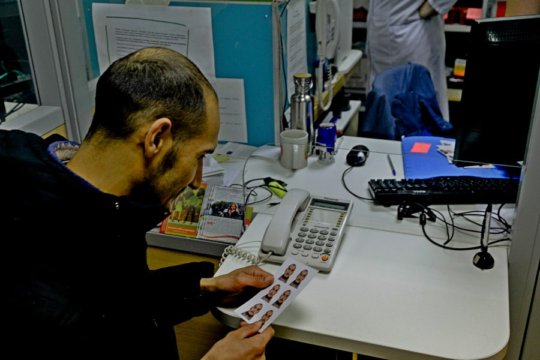 A homeless man looking at photo made by volunteer 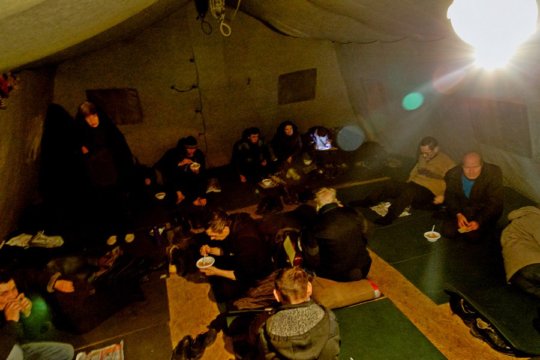 People in the heated tent in April 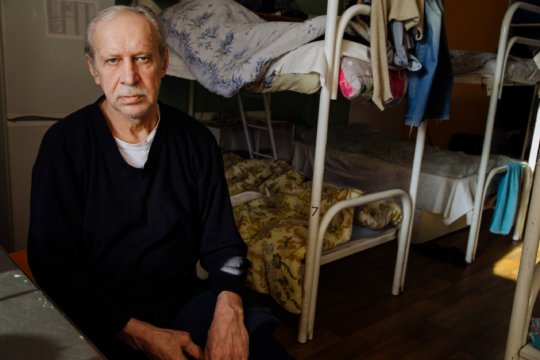 Some inspiring news from Nochlezhka 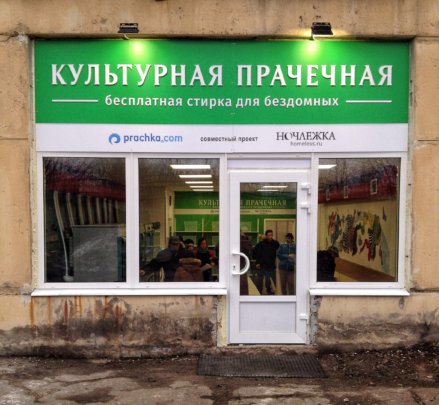 I am writing to tell you about the most important things Nochlezhka did for the homeless in this Autumn 2016.

In November we opened the first ever self-service laundry for homeless people in Russia!

In one working day 70-80 people can use the launderette to wash and dry their clothes. Such a large-scale and beautifully efficient service would not have been possible without our friends from the Prachka.com launderette chain. Many media outlets have reported on this but our favourite video is the one shown on Le Courrier de Russie in Russian with French subtitles. Since our Cultural Launderette was opened, 374 people have washed their clothes.
French newspaper Le Courrier de Russie visited our laundry and made a video-report from there. You can watch it here.
An inspiring story from Alexey, who used to be homeless. Thanks to Nochlezhka, he has once again become a mariner
We have been contacted by Alexey who managed to get his papers re-issued with the help of our social workers. ‘You spent about 10 years helping me. I have stopped drinking now, my papers are in order and I go to sea again’, he said in his message.

The man now works as a seaman and travels all around the world.  Obviously, he would not have been able to get this sort of a job without all the necessary documents.

Without your help, there would be no Nochlezhka, and who knows how Alexey’s story would have developed when he was in trouble!

Anyone in need can spend a night in these tents, where they will be warm and safe. They will also receive dinner and breakfast, basic medical help and social assistance. Over the month of November these two tents accommodated 228 people who spent a total of 1,396 night in the tents. Such tents save people from frostbite, hypothermia and burns from fires… In other words, it is a very important part of helping homeless people during the cold season.

Have a look at this excellent report about our heated tents by OK-inform with excellent photographs (in Russian)
Thank you a lot for attention and support!
Nochlezhka is you and us. It is your support that enables our charity to bring homeless people back to stable life. We would like to thank you for that. 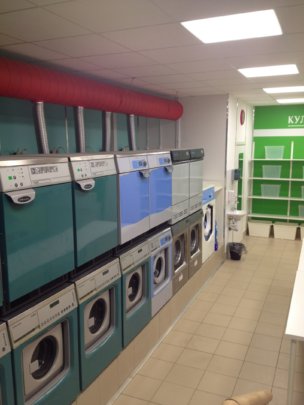 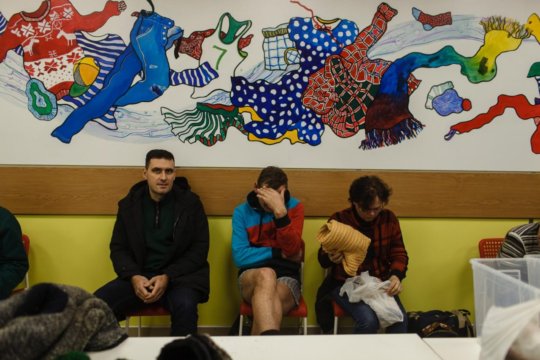 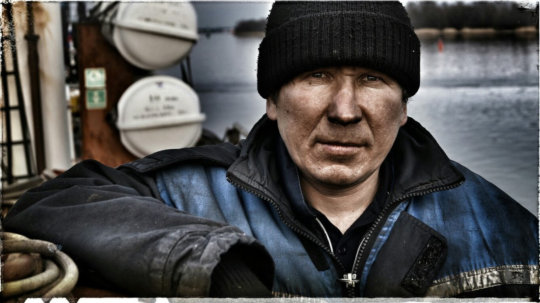 Alexey who used to be homeless 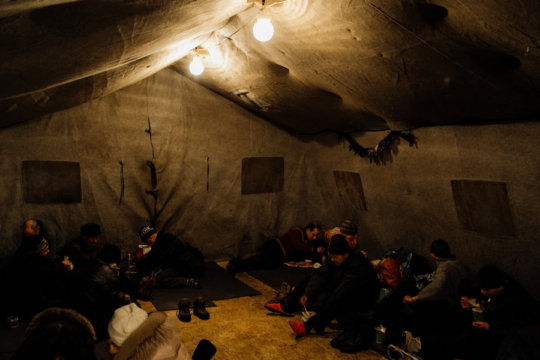 A heated tent opened in November
‹ 1 2 3 4 5 6 7 8 9 ›
WARNING: Javascript is currently disabled or is not available in your browser. GlobalGiving makes extensive use of Javascript and will not function properly with Javascript disabled. Please enable Javascript and refresh this page.