October is Arts and Humanities Month

National Arts and Humanities Month (NAHM) is a coast-to-coast collective celebration of culture in America. Held every October and coordinated by Americans for the Arts, it has become the largest annual celebration of the arts and humanities in the nation. YoungArts is celebrating Arts and Humanities month by helping emerging young artists from all over the country process their applications for YoungArts Week 2010. Thousands of applications will come through our downtown Miami offices this month to meet the October 23 application deadline. We also will be receiving all portfolios and audition materials which are due on October 30. Over the past 28 years, YoungArts has received over 160,000 applications from artists in the visual, literary and performing arts. As the sole nominating agency for Presidential Scholars in the Arts, YoungArts has also seen close to 600 of its applicants receive this high honor. Support YoungArts Week 2010: To support the 2010 YoungArts Week program, please consider making a small contribution at this time. Any donation is greatly appreciated and will go a long way for these emerging artists.

YoungArts Alumni stay connected with the organization and keep us abreast of all their current projects. Here's what some of our alumni are up to these days:

Rafael Moras, 2006 YoungArts winner in Voice/Tenor and Presidential Scholar in the Arts: Now winner of 51st Metropolitan Opera Southwest Region auditions. In March he will head to NYC to work with Met voice coaches and compete at the Met on March 15 for the Grand Finale.

Garrett Smith, 2007 YoungArts winner in Dance/Jazz and Presidential Scholar in the Arts: An apprentice with the Houston Ballet and just received a Fellowship Grant from the New York Choreographic Institute to support the development of a new choreography by the dance maker, in a studio setting.

Antonio Campos, 2002 YoungArts winner in Film & Video and Presidential Scholar in the Arts: Directed a feature film, AFTERSCHOOL, which is being released on October 2nd in New York City through IFC Films. It premiered in Cannes, was played at the New York Film Festival and in Berlin and was nominated for two Gotham Awards and one Indie Spirit Award for Best First Feature.

By Jackie Romero - Manager of Marketing 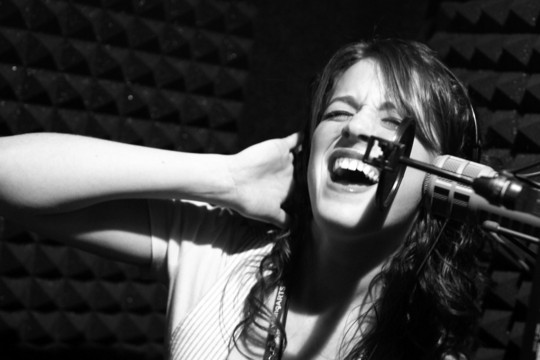 Dear YoungArts Friends, We wanted to share some very exciting news about what's happening here at YoungArts! YoungArts has been selected as the charity partner by FOX for the premiere of their new TV show GLEE. The gift will support our YoungArts voice artists. GLEE is a new comedy series about an optimistic teacher who attempts to save McKinley High's Glee Club from obscurity while helping a group of aspiring underdogs realize their true star potential. Guest stars set to appear on the series' freshman season include Kristin Chenoweth, Victor Garber, Eve and YoungArts Alumnus (1999), Josh Groban (who will appear on the September 16 show). GLEE premieres Wednesday, Sept. 9 (9:00-10:00 PM ET/PT) on FOX.