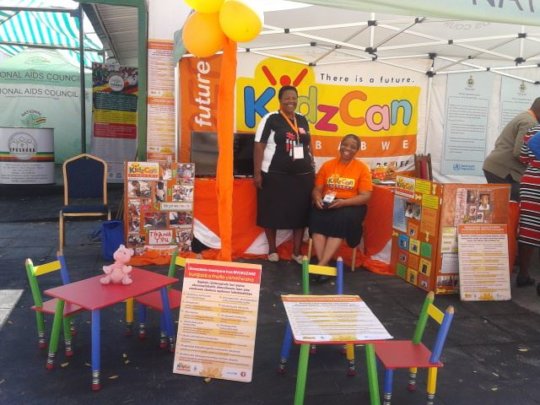 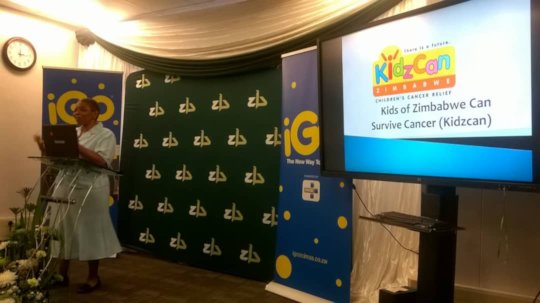 Kidzcan Zimbabwe is the only Humanitarian Child-Centered Non-Governmental Organisation that assists children with cancer in Zimbabwe. Registered in 2009, Kidzcan envisions a compassionate world where children with cancer are given the chance to lead healthy and fulfilling lives. However, such a vision does not hold constant for children with cancer in Zimbabwe. More than 2600 children have come to Kidzcan for assistance with life Saving drugs and blood products, however, more than 60% of them have lost the fight to cancer due to many reasons. In 2017 alone, 59 children could not make it and we believe, some (if not all) of the deaths were avoidable.

Kidzcan is therefore seeking assistance with an Ambulance in assisting the treatment of cancer for children in Zimbabwe. Like all organizations helping and caring for the less fortunate, Kidzcan has to source fiancés through a number of funding activities – local and international donor funding, corporate social responsibility grants and annual fund raising events associated with their organization.

It should be noted, therefore that the cancer patients and their families travel long distances for services mostly in inappropriate means of transportation such as public transport with no provisions  for the very ill patients. This causes delay in the referrals with patients arriving in advance stages of illnesses. Hence the need for an Ambulance is paramount. Often children need to be moved from one hospital to the A4 Ward Special in Harare for further specialised treatment, but no transport is provided for them. Parents then find themselves with a burden of having to find private transport to ferry their children as there is a stigma on children with cancer, especially if it is at an advanced stage. Some parents go to the extent of abandoning treatment due to lack of dedicated transport for cancer patients. Hence an ambulance would be of great service to children suffering from cancer.

Despite the harsh economic climate prevailing in the country, Kidzcan’s presence in the wards has been consistent and unwavering. Kidzcan in 2017 registered a total of 271 new patients who received the following clinical services, bloods 485, Drugs 1223, Bone marrow needles 55, Diagnostics 1, 15 psychosocial support meetings with individual counseling and 59 transport fares.  Although Kidzcan provided a total of 11 patients with transport fares. This falls far too short from easing transportation burden on the patients and the conditions associated with their long journey to the only centre that provides hope to the cancer patients and their families (Parirenyatwa).

80% of children referred were from the 9 provinces outside the capital Harare. On average the provinces are more than 500 kilometres away from the centralized cancer services in the country.

Laureen, a cancer patient from Victoria Falls (800 km away) with the US Ambassadors wife Mrs Harry Thomas Junior, at the Orange Week launch Celebrating International Childhood Cancer Day 15 February 2018. A very touching moment for her.

Kidzcan sincerely appreciates the assistant it gets from GlobalGiving. And this Ambulance appeal while help the children with cancer move to treatment centres without fear of any stigma.